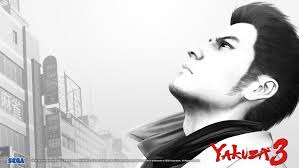 Thank you Sega for sending us the Yakuza Remastered Collection to review!

Yakuza 3 was originally released on the PS3 and arrived in the United States in 2010. This series always pushed the PS3 to its limits and looked fantastic. The remastered edition now runs at 1080p with 60fps. Other enhancements include revised and rewritten English scripts and previously cut content has been added back in. Those who have started the Yakuza series on their PS4 can continue on with Kiryu’s journey of trying to stay out of the yakuza lifestyle and constantly getting dragged back into it.

After retiring from the Tojo clan, Kiryu runs the Sunshine Orphanage in Okinawa. The children are well behaved and there’s a beautiful beach they often play at. It’s a wonderful setting and quite a nice place to retire to. This all gets interrupted when Kiryu and other neighbors are served eviction notices by the local yakuza family. Naturally, Kiryu is not going to take this sitting down and finds out that the reason for the evictions are very political and those pushing it are very powerful. Kiryu has a long battle ahead.

Strong Points: Great story and cast of characters; plenty to do besides following the main story
Weak Points: Like other entries in the series, the voice acting is Japanese only
Moral Warnings: Intense and unavoidable violence and bloodshed; strong language and blaspheming; tobacco and alcohol consumption, gambling; sex/rape references, revealing outfits including characters seen in their underwear; homosexual scene

Kiryu’s yakuza past is hard to ignore and he still very much looks the part. So much so that he’ll often get jumped anytime he leaves the orphanage. Fortunately, Kiryu is quite the fighter and often teaches a lesson to whomever throws the first punch. Kiryu can punch, kick, throw, or use any nearby object in battle. The battles are brutal and often bloody. As he fights, Kiryu will accumulate heat which build up and unlocks powerful attack in battle. Heat moves are especially helpful in boss battles.

As Kiryu fights and completes missions, he’ll earn experience points which can be used to unlock attack moves and other attributes. Any NPC with a green question mark over their head has a side quest opportunity for Kiryu. Some of the side quests are fetch quests like bringing by a specific item or locating a lost pet/child. Given the size of the cities, the locating side quests were not my favorite. Thankfully, there are some GameFAQs threads out there to let you know the general vicinity of where the targets are located.

Another way Kiryu can earn experience is by eating. Ordering food at restaurants, Kiryu can replenish his health and broaden his horizons. He won’t be able to eat out unless his health is somewhat depleted. Drinking alcohol is also possible and there are side effects when doing so. Even if Kiryu doesn’t partake in smoking and drinking, other characters will be.

The boss battles are intense and take place in a variety of locales. Unlike Kiryu, the bosses usually have several health bars to deplete before they go down. Thankfully, Kiryu can heal by eating or drinking power-ups mid battle. One of the battles takes place at a bar with pole-dancing women. As expected, they’re not wearing much. Other sexual encounters take place with a clan leader who womanizes and not all of his partners are willing participants. 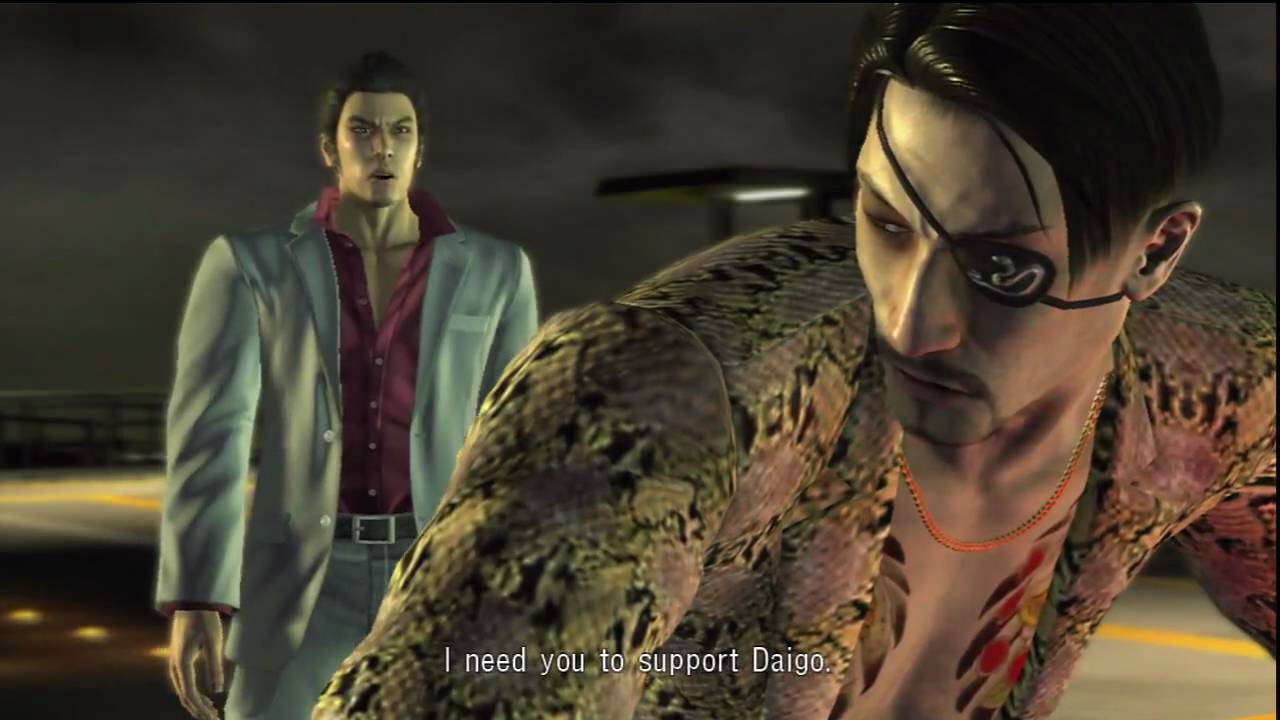 Language is all over the map and every curse word is used along with blaspheming. The voice acting is in Japanese but the subtitles spell everything out. The language alone is not the only reason for this game to not be played near children (especially ones that can read). Blood sprays everywhere in battle and usually by the end of a fight, the aggressor’s clothes are ruined with severe bloodstains. One of the more disturbing cut scenes showed a guy getting a butter knife lunged through his hand.

Underground casinos are available and provide gambling mini-games to play if you’re into that. There are plenty of other mini-games like dart, baseball, and claw arcade games too. If you enjoy fighting, you can even enter tournaments at the colosseum to earn some extra money.

One of the story missions involves finding a clan leader at a love hotel. Kiryu and his friend pretend to be gay lovers because they can only enter in as a couple. While kicking down doors looking for this leader, you’ll disturb many couples only dressed in their underwear.

Throughout this wild journey it all ends up being for the orphans and taking care of them. Many sacrifices are made and the kids are very grateful and deserving of the help they receive. There are some good moral lessons, but lots of moral issues in this game. If you don’t mind the moral content, you’ll have lots to do in this remastered classic.