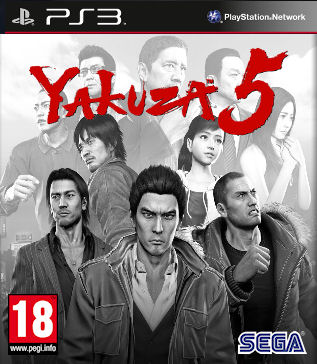 The original Yakuza game was released in Japan as Like a Dragon in 2005 for the PlayStation 2.  The main characters in that game Kazuma Kiryu, and Haruka are both playable in Yakuza 5.  Kazuma Kiryu is the former chairman of the Tojo Clan and he has since retired and sought to live a carefree life working at the orphanage that cared for Haruka.  He was persuaded to leave the orphanage to give Haruka a shot at becoming a pop idol without having yakuza ties ruining her reputation.  This game starts off with him as a taxi driver using the alias Suzuki Taichi.

Besides taking on often humorous taxi missions, Kiryu can topple a local street racing gang, clean up trash from the streets, go fishing, star in a zombie yazuka movie, cook ramen noodles at a restaurant, get paid to take pictures, and so much more.  The variety of mini games in this title blew my mind.  I never expected to see tough guys singing karaoke or battling a man-eating bear in a boss battle.   The various cities featured in this 3D action adventure game provide several other activities like visiting batting cages, playing pool, shooting darts, and bowling.

More playable characters unlock as the story unfolds (by completing story based missions).  Side quests will often pay in money, various upgrades, and experience for leveling up characters or their equipment.  For example, when Kiryu does a street race he can earn money for upgrading his car or the baseball player, Tatsuo Shinada, can level up his stats by visiting a batting cage. By doing PR events and dance battles Haruka gains fans and hones her skills for competing in the Princess League.  When playing as Kiryu, Tatsuo, or the imprisoned Taiga Saejima, walking around on the streets will get you jumped by thugs and yakuza members.  Haruka, on the other hand, may get randomly challenged to a dance battle which will begin a rhythm based mini-game. 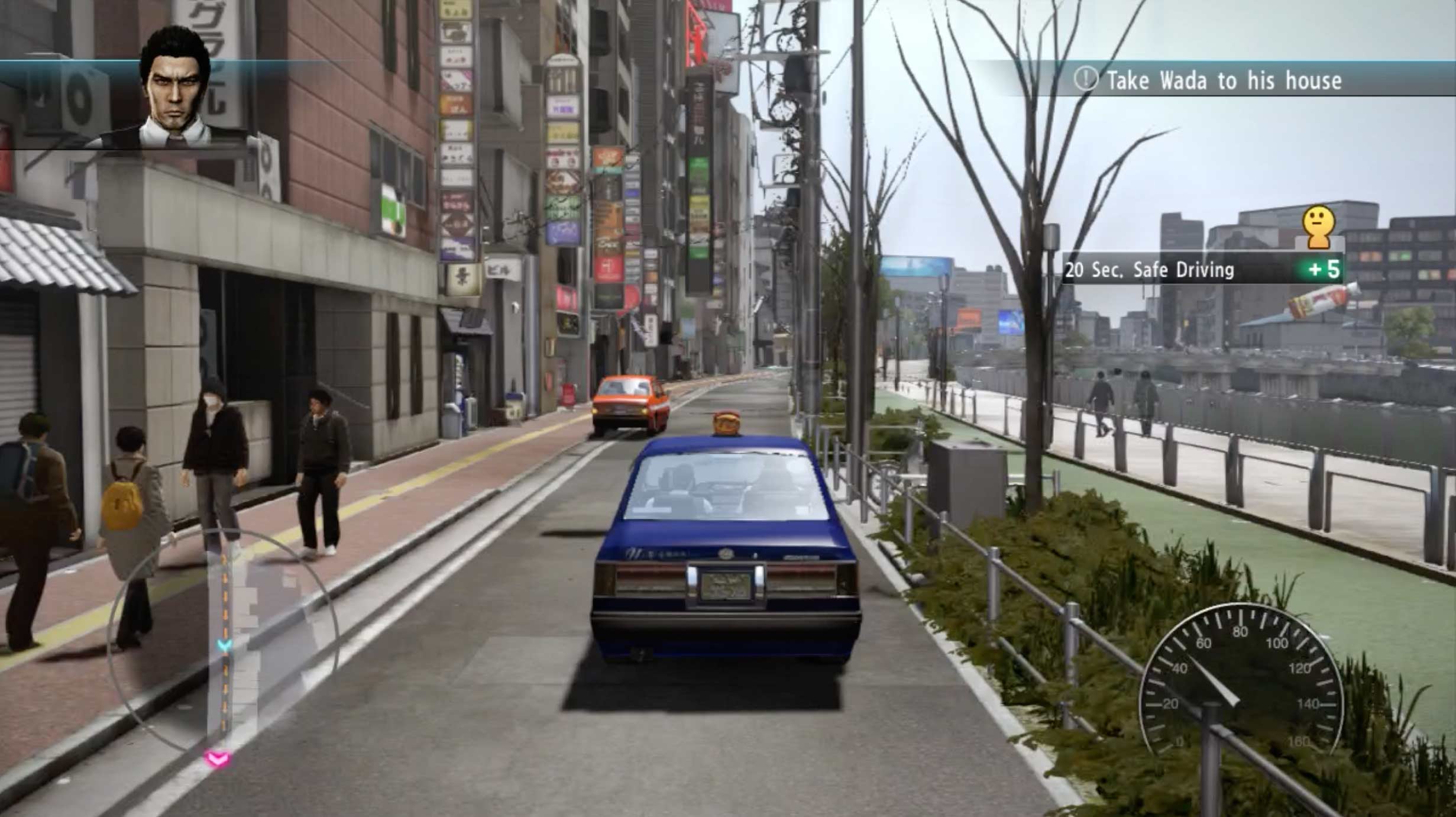 Strong Points: Excellent story with likable characters; wide variety of mini-games
Weak Points: Only available digitally; reducing the random encounters would be nice
Moral Warnings: The yakuza lifestyle involves lots of fighting which sometimes leads to severe bleeding and death; strong language using every word in the books is probably a requirement along with consuming lots of alcohol and smoking cigarettes; some of the characters in this game are womanizers while other NPCs are homosexual or cross dressers; while females undress in this game only a male’s rear-end is seen; one of the characters in the game admits to having an abortion; ghost reference

The amount of street battles can get annoying at times and I readily equipped gear that would decrease the encounter rate when made available.  The battles are gruesome and allow you to grab and use nearby objects like street cones, bikes, lamps, pipes, car doors, and so on.  Occasionally a character stumbles upon a scene that leads to a revelation that unlocks new moves for them.  As a character levels up, they will learn more techniques and can boost their stats manually or let the game do it for you.  When a player fights (or dances) they can earn heat which will unlock a temporary boost in their abilities when triggered.  If your health is getting low in battle, you can eat some food or drink an energy drink to recover health and/or heat.   Outside of battles many of the characters consume cigarettes and alcohol.

Each character has a different fighting style and unique moves available to them.  The interest free money lender, Shun Akiyama, focuses on kicking attacks while the rest use their fists more.  Many of the special moves consist of bones cracking/breaking and losing blood.  There are moments where faces will be smeared on the ground or literally punched in.  Some of the cinematic scenes are disturbing with an enemy jabbing his fingers into an already open wound or stabbing though a person cheek with a pen.  While I was able to tolerate the violence most of the time, I found myself looking away occasionally.

The stunning graphics definitely push the PS3 to its limits without sacrificing performance.  Even when battling hundreds of thugs, I didn’t experience any slowdowns.  The physics are somewhat believable though many of the kicks from Shun Akiyama look funny/unnatural.  I referred to him as spaghetti legs.

Most of the yakuza characters are sporting impressive back tattoos that are often shown in serious battles.   Most of the battles are done fully clothed, but a few important ones are done shirtless and the guys have muscular physiques.   One of the scenes towards the end of the game shows one of the yazuka men doing push-ups in the buff.  Only his backside is shown. 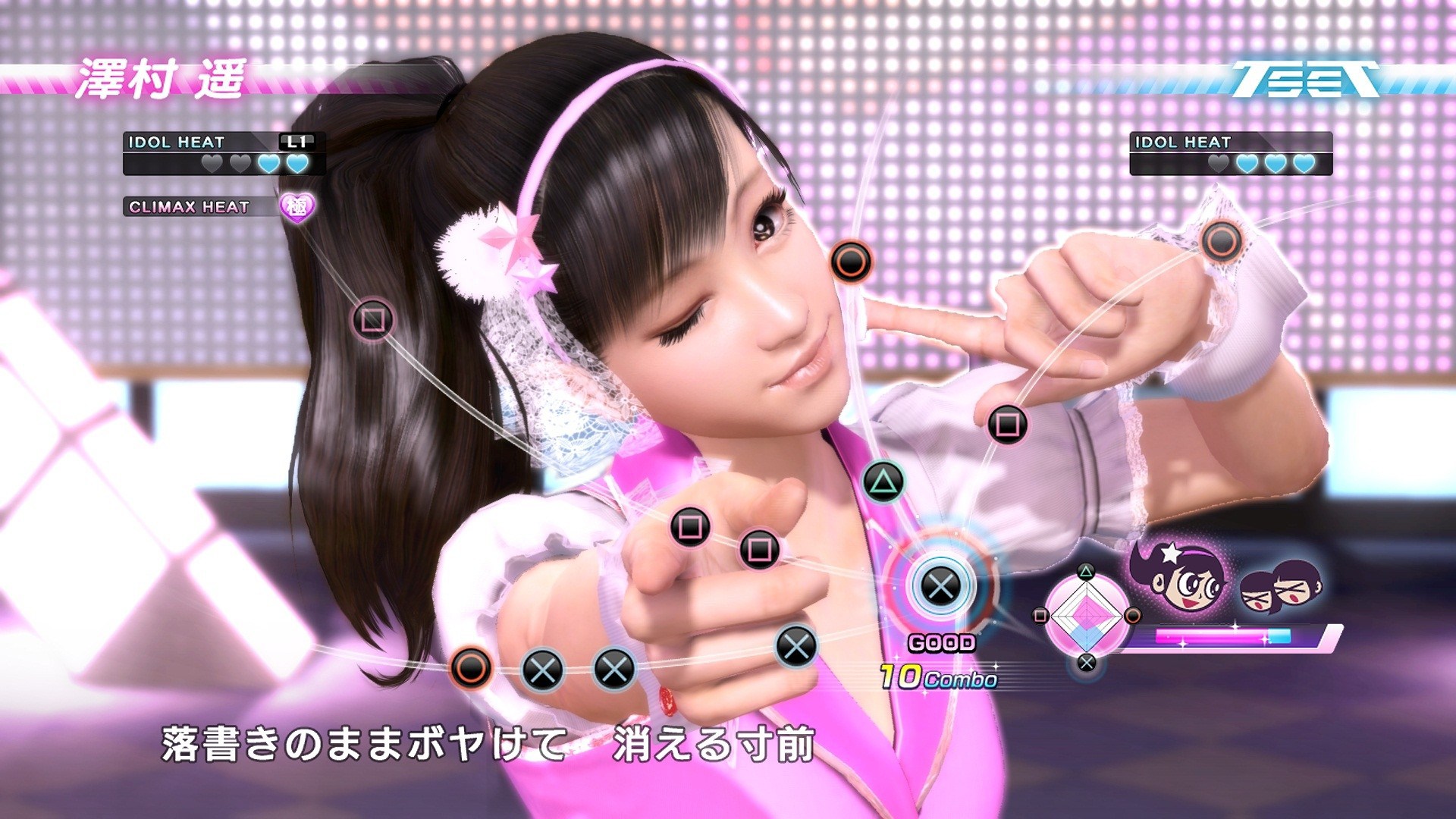 Some of the females in this game are prostitutes, and while sex with them is implied, nothing is shown.  Skimpy and suggestive outfits are seen though.  A few of the characters in the game are openly homosexual and one of them is a cross dresser.  One of the side quests I did with Tatsuo Shinada put him in an awkward position of fighting off several homosexual men (only wearing undergarments) that wanted to have their way with him.

Like many organized crime games and movies, there’s a ton of language.  Pretty much every foul word is said many times over including the F word.  The Lord’s name is thrown around casually as well.  The Japanese voice acting is really well done and you can sense the emotions of the characters throughout the game.

While mostly focusing on the story, it took me over thirty-six hours to finish the main story.  By skipping many of the side quests I only completed close to ten percent of the game.  There’s plenty to do in Yakuza 5 and don’t let anyone tell you otherwise.  After completing the game, a harder difficulty became available as well.

The story and characters in this game are well written and likable.  Despite the many moral issues, I enjoyed my time in the yakuza world.  The overall theme of following your dreams and fulfilling the dreams of others is admirable, but there’s often a great cost to doing so.  Is it worth it?  I’ll let you decide.