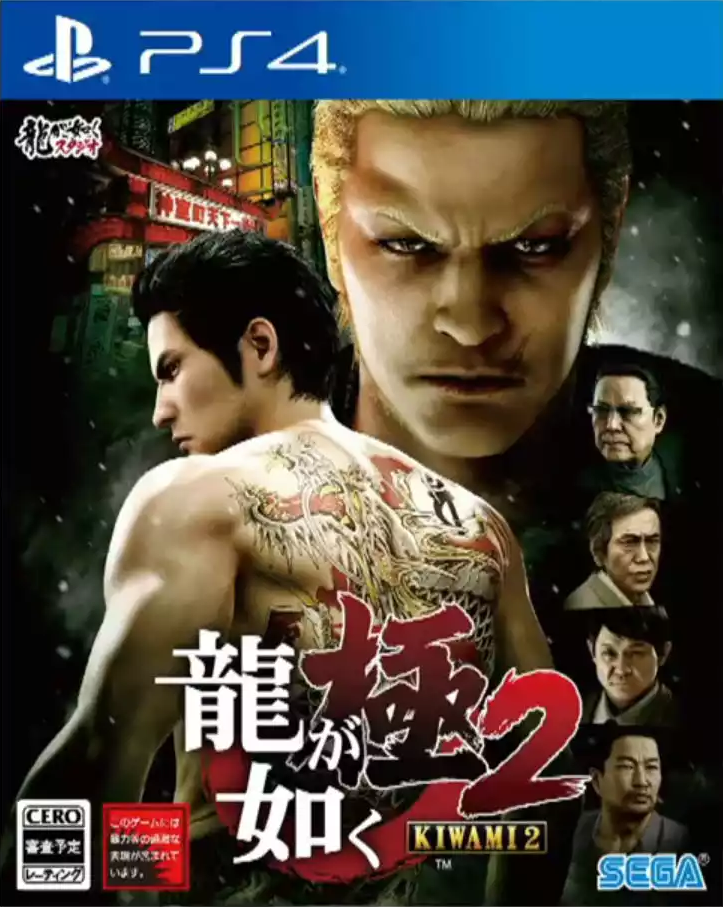 Yakuza Kiwami 2 is a remake of Yakuza 2 and picks up one year after the first game, Kiwami left off. The Tojo clan is in shambles and on the brink of collapse unless Kiryu can save it along with the city of Kamurocho. The game begins with a flashback from twenty-six years ago where the Tojo clan had a deadly shootout with a Korean mafia known as the Jungweon. They haven’t forgotten about that massacre and are planning on carrying out their long awaited revenge on the city and the vulnerable Tojo clan.

While it’s a gamble, Kiryu carries out the fifth chairman’s request for proposing a truce with the Omi Alliance. Although the chairman is on board, many of his other officers, including his son, Ryuji Goda, would rather start a war than make peace. Both Ryuji and Kiryu have dragon tattoos on their backs and ultimately conclude that there can only be one dragon in town. Until Kiryu and Ryuji face off in a final battle, there’s plenty for Kiryu to see, eat, and do in Kamurocho and Sotenbori.

New to Kiwami 2 are three chapters of Goro Majima’s backstory.  I highly recommend completing those as they unlock instead of saving them for afterward like I did.  Not only do his chapters fill in some story holes, he can send Kiryu helpful weapons/gifts in the main story which is sixteen chapters long.

Kiryu is rarely alone in this game as he’s either accompanied by the 10-year-old Haruka, former Tojo clan members he’s trying to re-recruit, or the cute officer Kauro Sayama who is placing him under “protective custody.” Kauro is known for bringing down Yakuza members and is trying to use Kiryu to gather more information on the Tojo clan for personal reasons. As she digs deeper, her backstory gets revealed throughout the game despite Kiryu warning her that some past secrets are best kept hidden.

No matter where Kiryu or Goro go in town, they are bound to get jumped by thugs, assassins, yakuza, or delinquents. While you can outrun them, stopping to deal with them does have its rewards. Not only do they drop money and valuables, you’ll also earn experience which can be used for increasing your base stats (health, defense, heat, strength) and learning new abilities. Kiryu can grab nearby weapons and objects to use them in battle while Majima always has his handy knife on him that never wears down or breaks. Kiryu’s weapons are only good for a fixed number of uses.

As Kiryu and Goro fight, their heat meter will rise and when it’s full they can unleash heat attacks that do a lot of damage and even more so with an equipped item. While powerful, Majima’s heat influenced knife attack is drawn out and repetitive. Kiryu’s moves change with each weapon he’s holding. My favorite is when he’s using a pole-like weapon and rams it where the sun doesn’t shine and then kicks it up there even more afterward. Despite being fully clothed in this scenario I can imagine the enemies having a hard time siting down for some time after an attack like this. 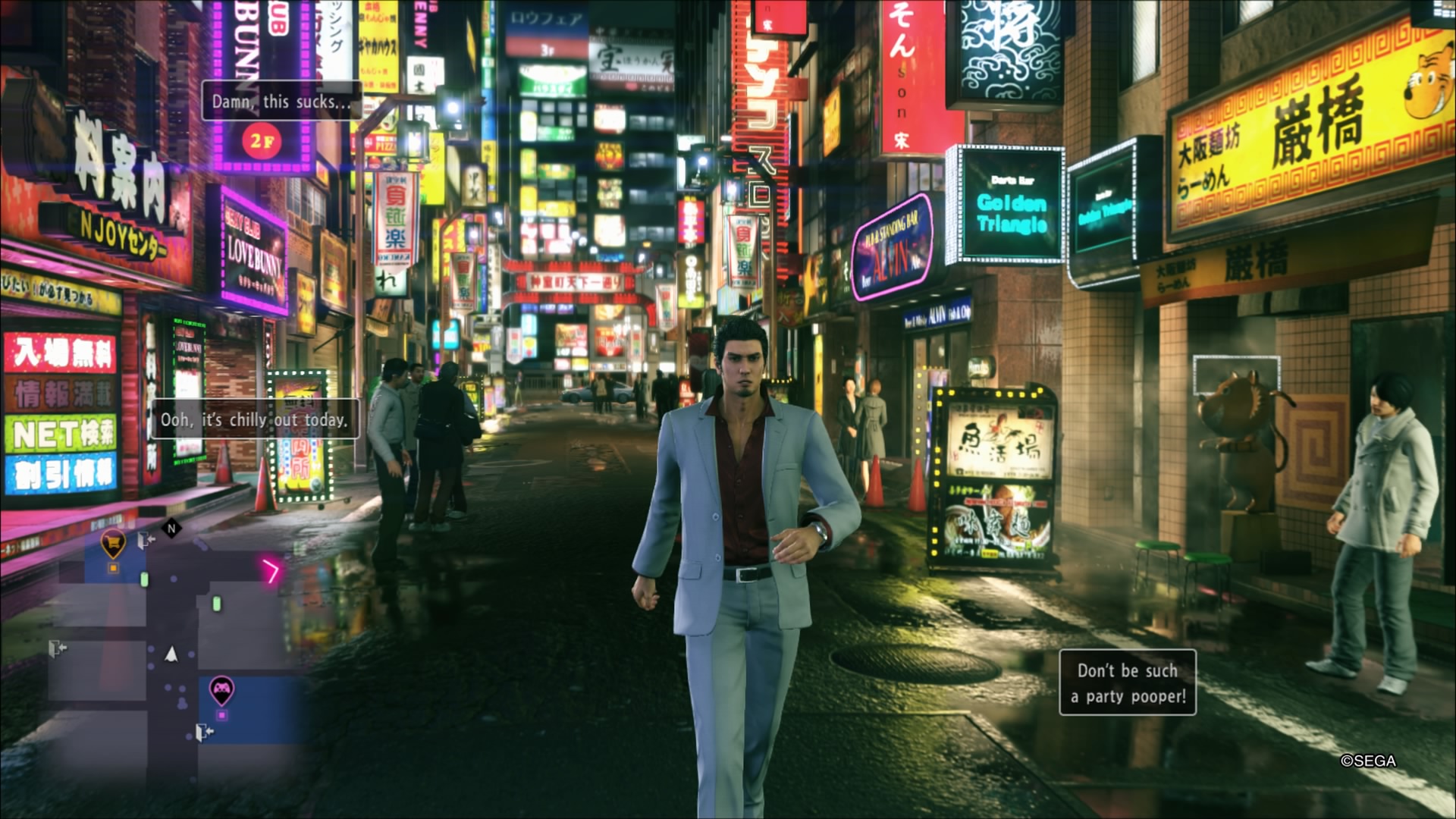 While Kiwami 2 isn’t as gruesome as previous entries, it still has lots of bloodshed and close ups of yakuza members’ bullet wounds. Along with the violence you can expect to find every curse word in the book used along with some blaspheming. There are some red light districts and a bar in town that is run by a transvestite that goes by “Mama.” At the bars you can expect to find liquor and drunken patrons. Smoking is pretty commonplace in this title as well.

There are many gambling mini-games and for the most part they can be avoided but some of the side quests require you to gamble a little bit. One of the side quests involve playing Virtua Fighter 2.1 at the arcade. While the main story can be completed in roughly fifteen hours, the gameplay can be extended significantly if you complete all of the side quests and play the various mini-games available. There’s a two player versus mode that can be launched from the main menu.

As you play through the story you can unlock the cutscenes to watch later from the main menu. Like the other Yakuza games I have played, the graphics are top notch in this title. The characters look realistic and you can see the pores on their skin. The maps are very detailed and you get to explore them more in the main story than Majima’s chapters. Majima’s chapters are linear and many of the roads are blocked off.

The voice acting is top notch as usual and I’m thankful for the subtitles since my Japanese comprehension is very limited. I’ve picked up a few words from playing these games but due to the strong language and violence, I wouldn’t recommend playing this game in front of kids, especially ones who can read.

If you haven’t played Yakuza 2 and don’t mind the moral issues, I highly recommend picking up this game. While it does have some helpful flashbacks, I recommend playing the previous one first. If you’re not fond of excessive language and violence, you may want to consider another series.