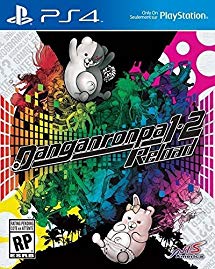 Our other reviews were written by different reviewers and this title is a great place to start in the series and I’m glad I finally got around to checking these games out. Since the first title is adequately covered in our Vita review, I’ll be focusing on the second installment, Goodbye Despair. There are many references to the first game so I highly recommend starting with that one.

Goodbye Despair starts off similarly with the main character, Hajime Hanata, looking forward to attending Hope’s Peak Academy. Instead of a classroom, Hajime finds himself stranded on a tropical island with several other high school students and a pink and white stuffed rabbit for a teacher. The teacher, Usami, is nice enough and encourages peace between the students and to interact with one another and gather hope fragments as a result. 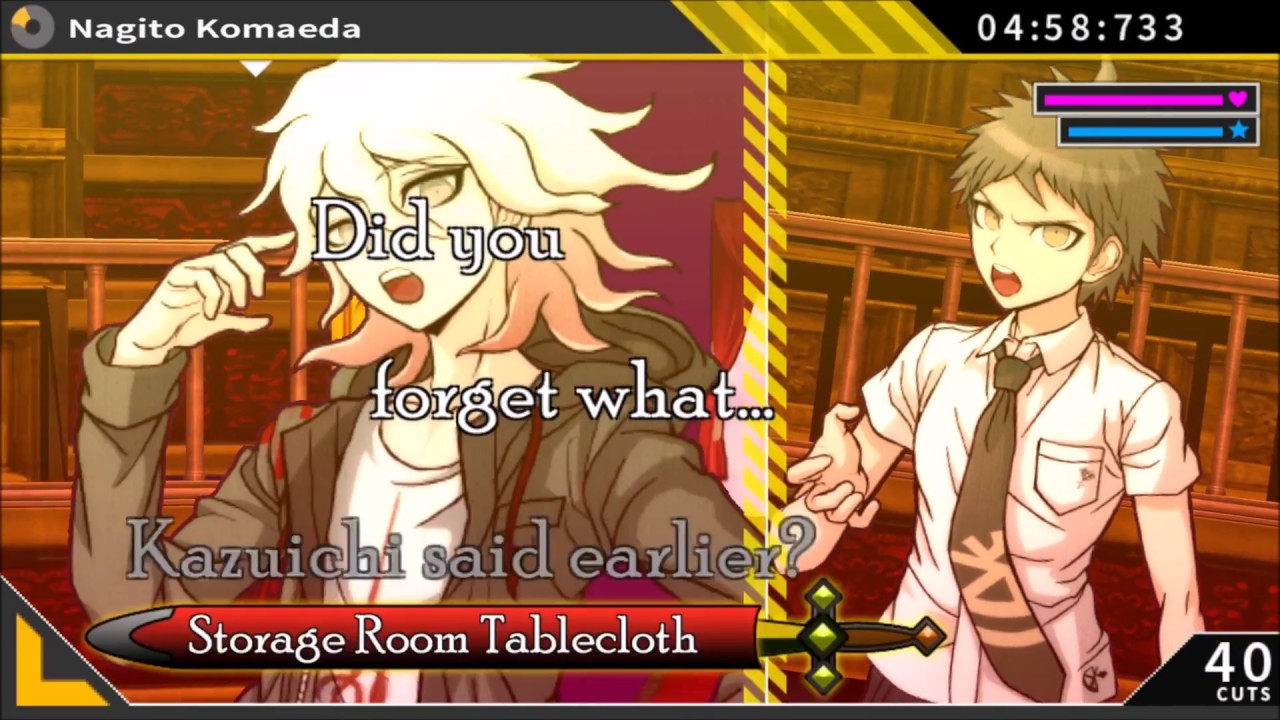 Strong Points: Great murder mystery/adventure game with likable characters, unique art style, and humor
Weak Points: The game did crash on me once
Moral Warnings: Lots of language including F-bombs; blaspheming; blood and violence; gruesome murder scenes though the blood is usually hot pink instead of red; plenty of sexual references though nothing is shown

By talking to classmates and giving them gifts you’ll earn hope fragments which can be used to unlock abilities that come in handy during the class trials. If you max out a relationship you’ll see some exclusive events, earn a new ability, and receive a unique present as a reward. Money to buy presents is earned by finding hidden Monokuma bears, completing class trials, and by successfully rearing your digital pet.

One of the biggest changes in this game is the side scrolling perspective. The ability to warp and see where people are on the mini-map is a great improvement over the original game. To discourage you from warping everywhere, the digital pet will grow and reward you for every step you take. You just have to check in on your pet and clean up the poop or it will become full of despair and die. To offset the despair you can give your pet gifts from the market.

Speaking of despair, it doesn’t take long for Monokuma to appear and insist that the students murder one another in order to leave the island. Naturally, the students don’t want to commit murder, but Monokuma pressures them with different incentives like starvation until somebody finally caves in. Once a murder is committed, the students must investigate the crime scene and gather evidence/truth bullets for the pending class trial.

Once all of the evidence is collected, the class trial will begin. During the trial the students will ask questions and you’ll have to literally shoot down their arguments with the truth bullets you have obtained. There are several new and improved mini-games since the first installment too. The Logic Dive game has you surfing and answering various questions by steering toward the correct multiple choice answer. The Hangman’s Gambit is fine-tuned and in this mode you have to shoot and collect letters to fill in the blank. The Truth Blade mode is new and you have to slice through arguments with a sword and cut through the inaccuracies. Last but not least, the Panic Talk Action rhythm game is a little different but the core gameplay is the same. 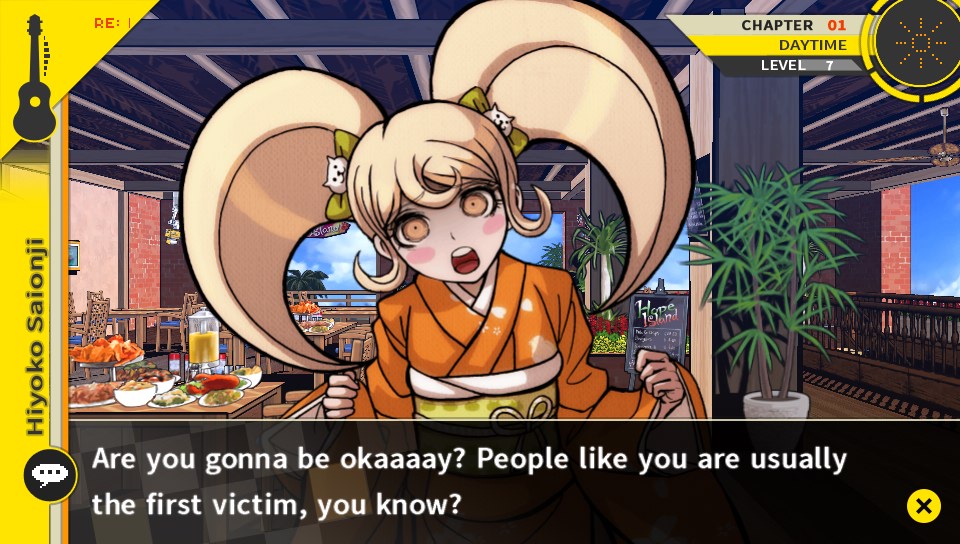 The goal of the trial is to find out who the killer is. Throughout the trials there are many twists and turns and the guilty person is usually a surprise. I like how there is a save break in the middle of the trial. There is even an option to bet your game save and guess who the killer is in advance but I didn’t want to risk it! Once the killer is outed, they will get a dramatic execution from Monokuma. If the wrong person is selected, everyone else will suffer so it’s imperative to solve the cases accurately. If the guilty/blackened person is found innocent, they will graduate and get to escape.

I cannot deny how fun these games are, but they are most certainly twisted and have plenty of moral issues to consider before playing them. Although the characters differ between the games they often fit into typical tropes. The bike gang/Yakuza students cuss constantly and they don’t hold back whatsoever. Although the voice acting is limited, it’s still riddled with swearing and blaspheming. Some of the dialogue is sexualized as well and there are some references to sexual acts. Nothing intimate is shown, but the murder scenes are pretty graphic. Most of the blood is hot pink but one of the rooms in the first game had red bloodstains. Many of the deaths are brutal and bloody.

Outside of the blood and gore, I really do like the visual style of this game. When you enter an area the objects will unfold into place. The characters have a 2D cut out appearance to them, but still display emotions and gestures in conversations. The dialogue is really funny and worth reading, though you can skip through it if you prefer.

In the end, I enjoyed my time solving the various murder mysteries in these games. If you like adventure and visual novel games and don’t mind the many moral issues, Danganronpa is worth looking into.