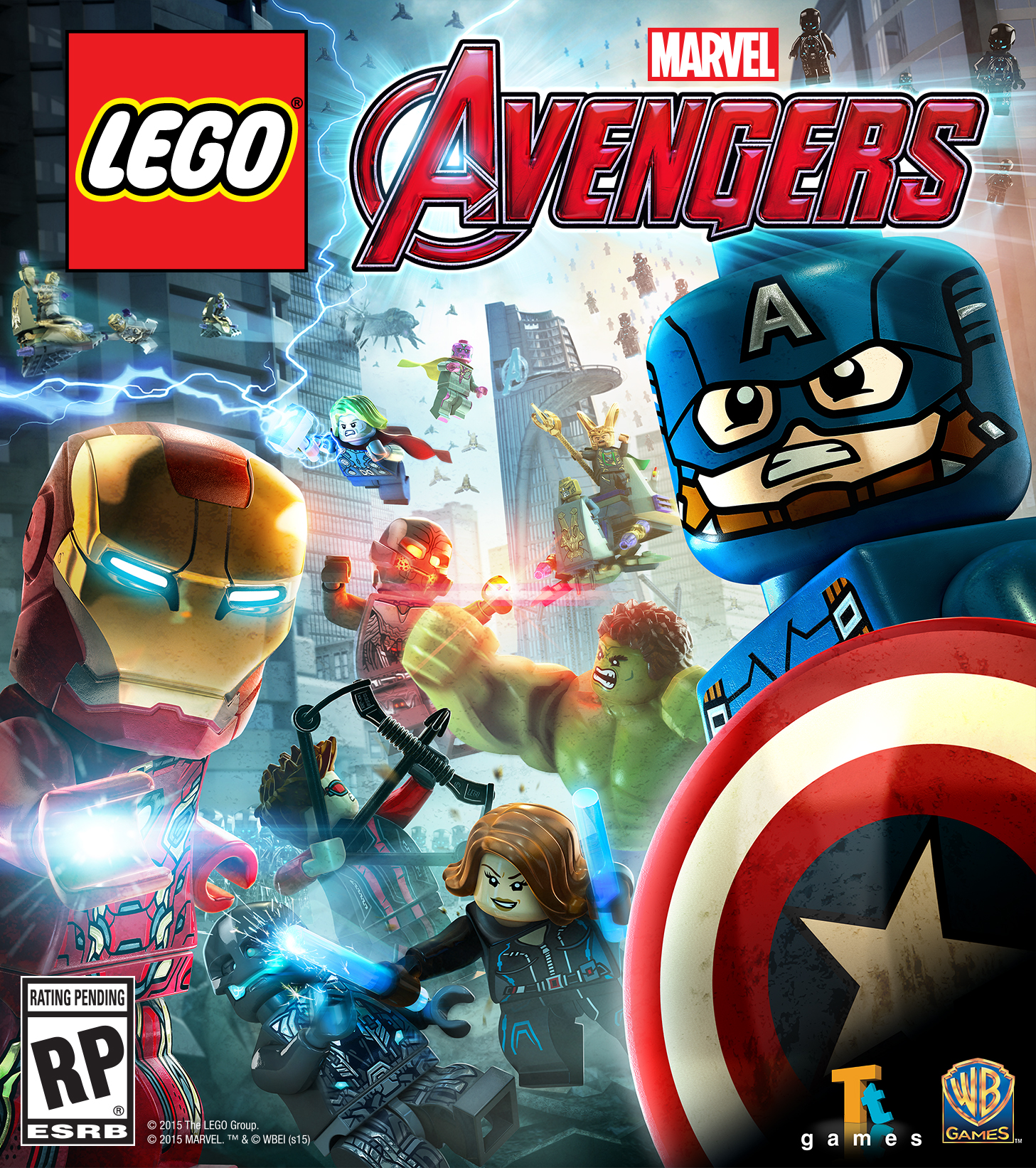 Thank you Warner Brothers Interactive for sending us this game to review!

Lego Marvel’s Avengers retells the events from both The Avengers 2012 movie and Avengers: Age of Ultron, except with more humor, slurpees/milkshakes, and instances of Stan Lee getting injured.  If you haven’t seen The Avengers movies, you may want to watch them before playing this game so the plot doesn’t get spoiled for you.  Those who have seen the movie will already know about S.H.I.E.L.D getting ahold of the mysterious Tesseract device and Loki coming to earth to conquer it.  Despite some bickering, the Avengers have to work together to stop Loki and disable the Tesseract.

This game can be played by one or two players and each level will feature various super heroes with unique abilities.  Typically, there are two playable characters in each level, but some levels have more.  Switching between heroes is done by pressing the triangle button.  Given that many obstacles require a certain hero’s power to bypass them, you’ll have to rely on teamwork to save the planet. 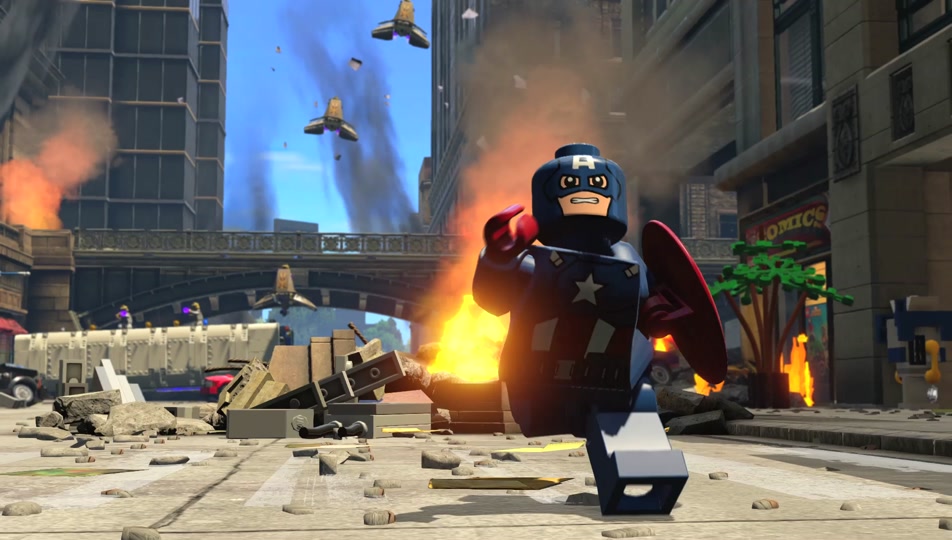 Captain America’s shield can be used to stomp out fires or as a Frisbee to knock out distant foes or levers.  Iron Man can shoot out rockets and melt metal Legos with his laser beam.  Hawkeye can shoot grenade arrows to clear numerous blockades. Thor can harness electricity to power various devices and his hammer will come in handy to smash through cracked Lego walls.  Speaking of smashing, the Hulk provides his massive strength to pull open doors that nobody else can.

There are over one hundred characters to play and unlock in this game.  While many are unlocked throughout the game, others become available if you can find their hidden token pieces scattered around various levels.  Besides locating character tokens, you can also unlock characters by finding all the instances of Stan Lee getting injured, minikits, red and golden bricks, or by collecting a bunch of Lego studs.

The amount of Lego studs needed to unlock the True Avenger achievement changes in each level.  Studs can be found by breaking various objects.  Since this is a Lego game, the 3D environments are mostly destructible.      Sometimes after smashing items into pieces, the pieces will remain on the floor instead of vanishing like everything else.  If the pieces remain on the floor and jump around a bit, that’s your cue to go to them and build something useful that will aid you in your adventure.  No manual or knowledge needed, just press the circle button and you’re golden. 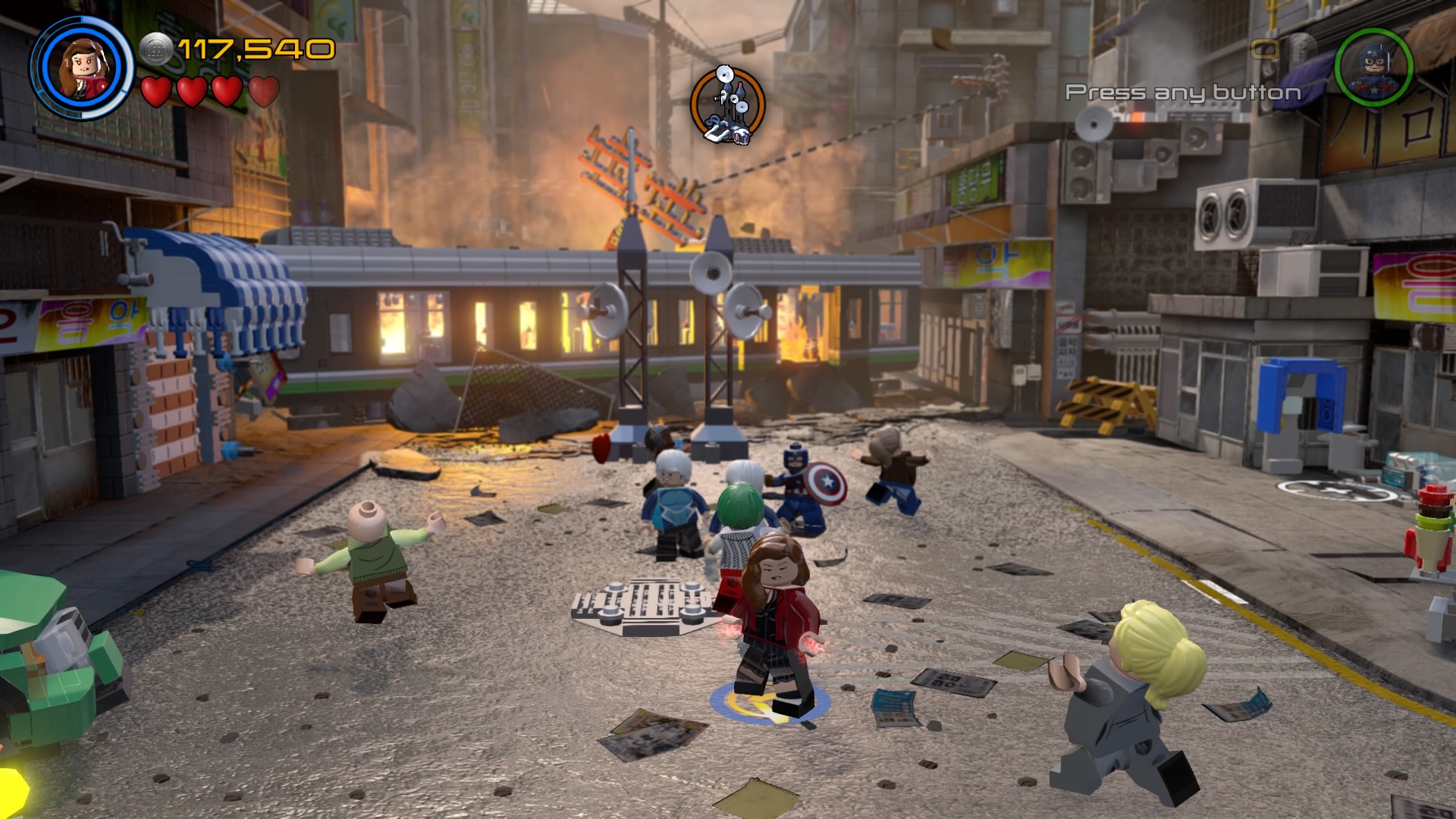 Besides smashing and building stuff, there’s plenty of Chitauri soldiers and some bosses to beat up. It should come as no surprise that teamwork will be required to take down the bosses.  For example, Loki has a tendency to replicate himself and Black Widow can use a scanner to eliminate all of the fakes while the other character beats down the mischievous fiend.

Other than some cartoon violence, Lego Marvel’s Avengers is a family friendly game that can be appreciated by people of all ages.  I enjoyed beating this game with the help of my son.  I was also humbled when a neighborhood kid came by and showed me how to compete a level that I was struggling with.  There are some tricky puzzles in this game and thankfully there are many helpful Youtube videos out there.

If you like Lego games and the Avengers, this game should be included in your game library.  It’s available on all of the current generation platforms along with the PS3 and Xbox 360.  While it’s not available for Mac users, there is a 600MB PC demo available if you wanted to give it a spin.  While the initial gameplay isn’t very long (there are multiple endings), free roam versions of the map become available after they are completed in the story.  If you missed anything on your initial play-through you can always go back and find them.  DLC will be available for this title as well so it’s worth keeping an eye on for sure.