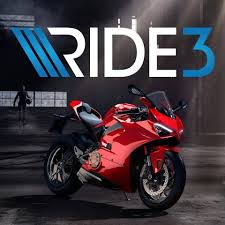 Thank you, Milestone S.r.l., for sending us a review key!

There’s something beautiful about enthusiasm: a child sharing a favorite school subject, a parent showing off pictures of a new baby, and, in the case of Ride 3, a proud motorcycle owner showcasing his ride. There’s something irritating, too, and it’s somewhere between entertainment and annoyance that Ride 3 exists. It is excited about its motorcycles in its fact sheets, engine sounds, sizable lineup, tuning options, and loving designs. It irritates with its track repetition, unpredictable difficulty, and strict expectations of how to play it correctly. The ideal player of the game is a motorcycle racing enthusiast who also enjoys racing sims. If that fits you, then buy it and have a good time. Otherwise, weigh the following positives and negatives. Ride 3 offers a lot, but its execution has a bit to be desired.

The accusation of “strict expectations” might sound like a positive, especially since Ride 3 is a simulation game. The player is expected to use the brakes, possibly balancing the front and rear brakes to skid and prevent falling. By default, the game displays arrows on the track for turns to give you a path and recommended speed. With the proper component upgrades, you can customize everything from the suspension to the ratios of individual gears on the gearbox. Little adjustments to brake sensitivity off the track or brake use on make an appreciable difference. This is all well-executed and essential to a sim. The game just doesn’t encourage me to play around with it. There is a correct and precise path to take around the track. You know there is because every other bike on the track is trying to take that same narrow path, and the game will put guiding arrows across the whole track, not just the turns, if you choose the right option. Your job as the player is to follow that path a little bit faster than the other racers. The game even has a rewind mechanic to let you reverse crashes and bad turns in service of letting you create the ideal run with as little frustration as possible. And it is frustrating to realize that, no matter how many times a certain turn is attempted, there will always be racers in the way because we are all trying to take the one correct lane through the track. It feels like elbowing through a tunnel, and edging past the computer often felt like rewind-enhanced luck more than skill. 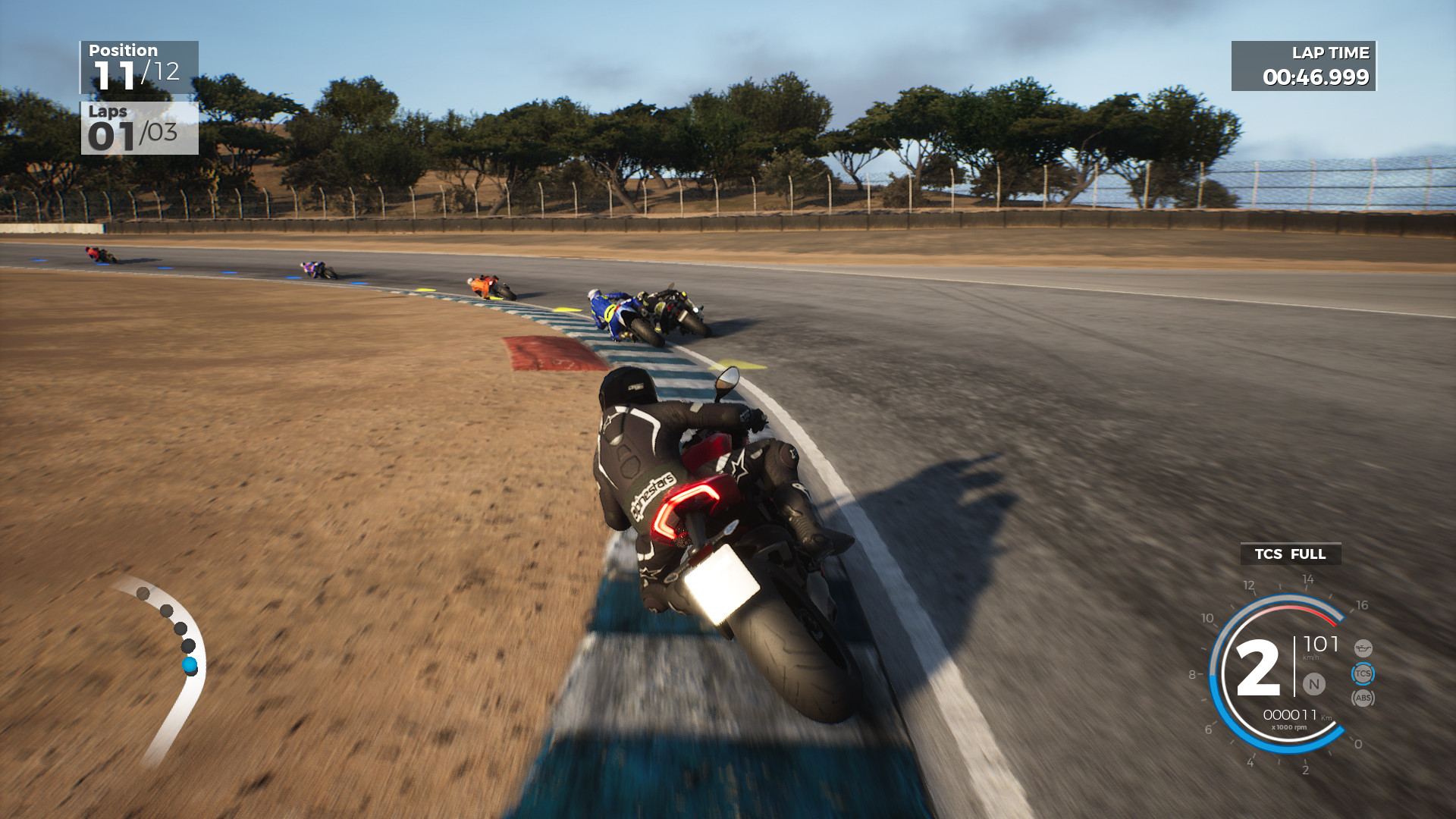 The tuning mechanics are good, in theory. The desired acceleration-versus-speed and control-versus-responsiveness ratios vary depending on the player and the track, and the bikes give you lots of ways to tweak them. The problem is, again, that the game does not facilitate experimentation or creativity. It asks the player to customize the experience while making the process cumbersome with menu transitions and load times. Refining tuning adjustments demands entering a race and restarting repeatedly to try out different settings. Each time, the player is seeing if the adjustments let the bike fly down the tunnel that is the ideal track path just a little faster. This is especially bad if the race is over ten minutes long - not uncommon later in the game. I recognize a gameplay loop here that involves planning, execution, and replanning. It might be a nice loop to someone who enjoys obsessively zeroing in on the “correct” settings, but to me, it’s draining.

Those who like repeated, laborious modifications will nevertheless notice Ride 3’s difficulty irregularities. Sometimes the game’s difficulty is infuriating because it’s so accurate. The career mode contains time trials. In several of these, I repeatedly missed a target time by less than a tenth of a second. It drove me nuts, and I can’t criticize the game for that. The designers knew exactly how fast someone of my skill level would be likely to go, and they wanted to push me. Time trials aren’t the main problem, though some of them might be harder than they should be. Difficulty against computer racers was more baffling. On longer tracks, I might beat the second place racer by over a minute. On others, a computer would win by that margin. This would happen within the same bike category, so it’s not like my bike was overpowered or underpowered. The game doesn’t feel like it cheats; rather, it feels like Ride 3 has decided beforehand that I will be able to win some races and not others.

Upgrades play a huge role in performance. You gain in-game currency for racing and winning. The game is generous, awarding enough currency to stay competitive and letting you get currency from the career and quick race modes. It might even be too generous. If you play every race, winning a reasonable number, you will be able to fully upgrade most bikes. This makes upgrading tedious, not exciting. Career mode is structured around magazine “volume” sets of about five races with a certain class of bike. After clearing a volume, I would buy a bike for the next volume and, usually, upgrade it fully right off the bat. A stock bike will simply not be fast enough to win as the game goes on, and tuning is not possible with most stock parts. Upgrading didn’t take too long, but since playing without upgrades is so impractical, I don’t understand why the process was deemed necessary. 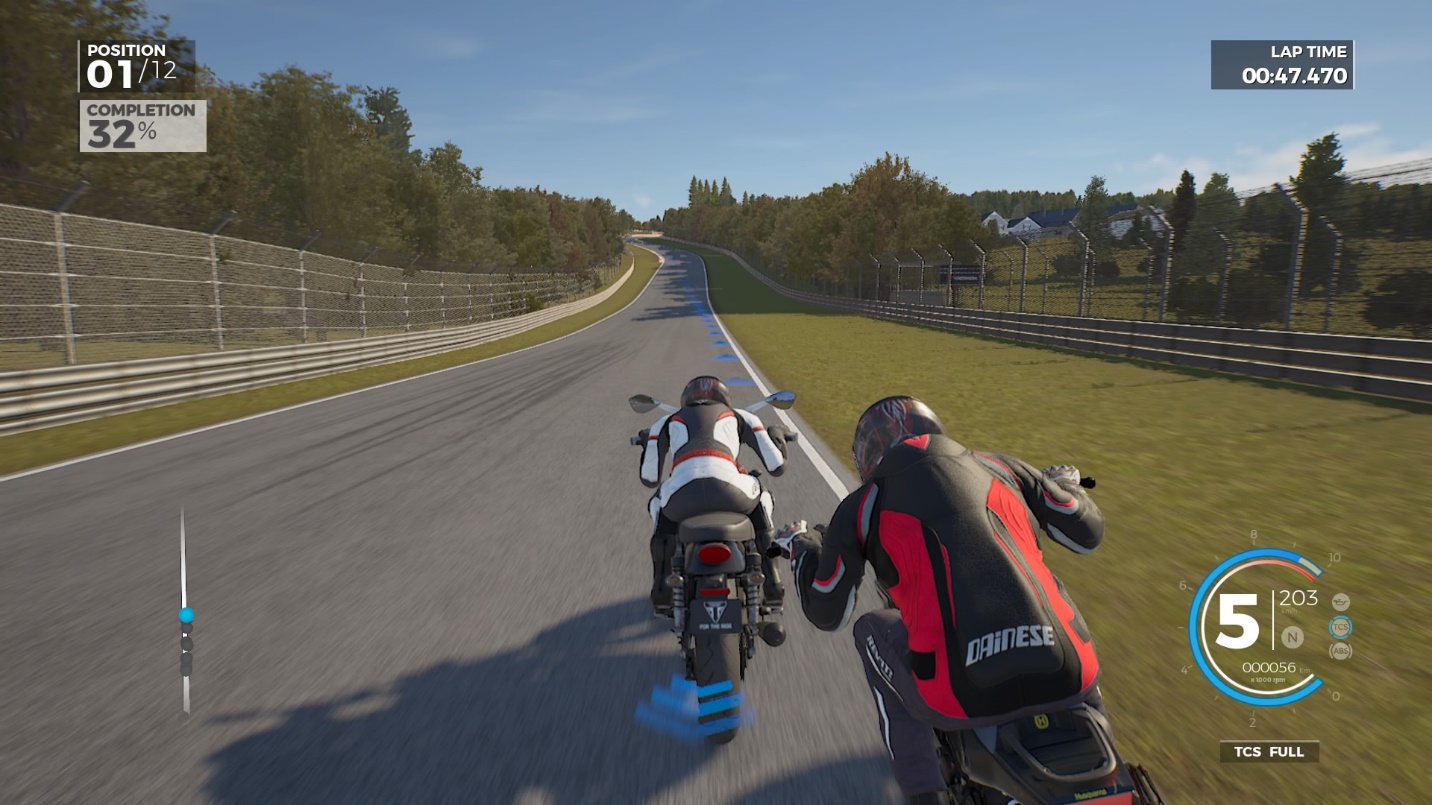 The redemption of this buy-and-upgrade system is that the motorcycles feel different from each other. Naked street bikes, superpowered racing bikes, and dirt bikes are delightfully distinct. Zipping and bouncing on the dirt tracks was the best surprise of the game, and it was completely different from speeding around the Daytona International Speedway later in the game. All the bikes feel fast. The tracks also have good variety, from villages to desert to official race courses. They are all based on real locations. Different times of day and bike categories let the game reuse these courses to a point, before they start to feel old. The bikes are also all real, with in-depth profiles to match. I enjoyed the profiles more than I expected, loading screen fodder though they were.

The graphics are sufficient yet not inspiring. It looks painful when riders are thrown from bikes; fortunately, fallen riders don’t interact with motorcycles, so no one gets run over or injured. The engine sounds are excellent, which is fortunate because there is no noticeable music during the races. I’ll say again: several races are over ten minutes long, and a few are over fifteen. The rumble of engines gets old.

The career mode is huge, and the game has several free expansions. Multiplayer and limited-time challenges are there to change up the experience as much as possible. But with a small body of tracks and restrictive races, the game can eventually feel like a chore. Simulation and motorcycle fans should give it a look, however. The game is passionate about its subject matter, and someone who is already invested or is at least willing to hear it out could get plenty of fun out of Ride 3.