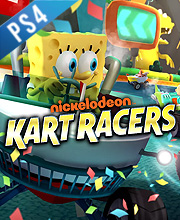 Thank you Maximum Games for sending us this title to review!

While racing/karting games are fun, there is a lot of competition out there and you have to have a solid product to stand out from them. Nickelodeon Kart Racers brings together a great cast of characters including all four of the Teenage Mutant Ninja Turtles, SpongeBob and Patrick, as well as some young racers from Hey Arnold! and Rugrats.

If you’re racing solo you can race against the clock and try to beat the recommended times that are displayed after the race. Instead of being clueless, I prefer the way TrackMania games do time attacks and pit you against ghosts of gold, silver, and bronze level drivers.

Multiplayer has an exclusive mode called Battle Arena. There are several unique games in here with different objectives and winning conditions. Tag was our least favorite mode as it randomly selects a racer to leave behind a trail of tokens for the others to collect. The one with the most tokens at the end of the round wins. Unlike the other racing modes, you don’t get to keep the tokens which are used for upgrading your kart’s tires, engine, spoilers, or jet skis. Capture the Flag places a flag in a random spot on the map and the racer to keep it in their possession for fifteen seconds is awarded a point. The first to earn three points, wins. The compass on the screen is handy for finding the current location of the flag. Free For All is an open match with weapons scattered everywhere and a point is awarded for every successful attack. The first to ten points wins.

Strong Points: Fun roster of characters; decent gameplay
Weak Points: Other than slime themed racetracks, nothing improved upon or new is brought to the genre
Moral Warnings: Cartoon violence

There’s a wide variety of weapons including footballs and acorns to throw, baby bottles that shoot like missiles, and bubble bottles that will cause a racer to spin out when ran over. Some attacks will temporarily block the windshield causing extremely limited visibility. Along with weapons, there are several power-ups that will increase your speed and maneuverability. If you want long-term effects for your racer you’ll need to upgrade its components so attributes like speed, acceleration, traction, handling, and slime handling are improved.

No matter what mode or any of the twenty-four tracks you’re on, slime will be present. In fact, if you collect enough of it, you can trigger a temporary speed boost. Sadly, until you activate a speed boost, the game feels more like a driving simulator than a racing game. 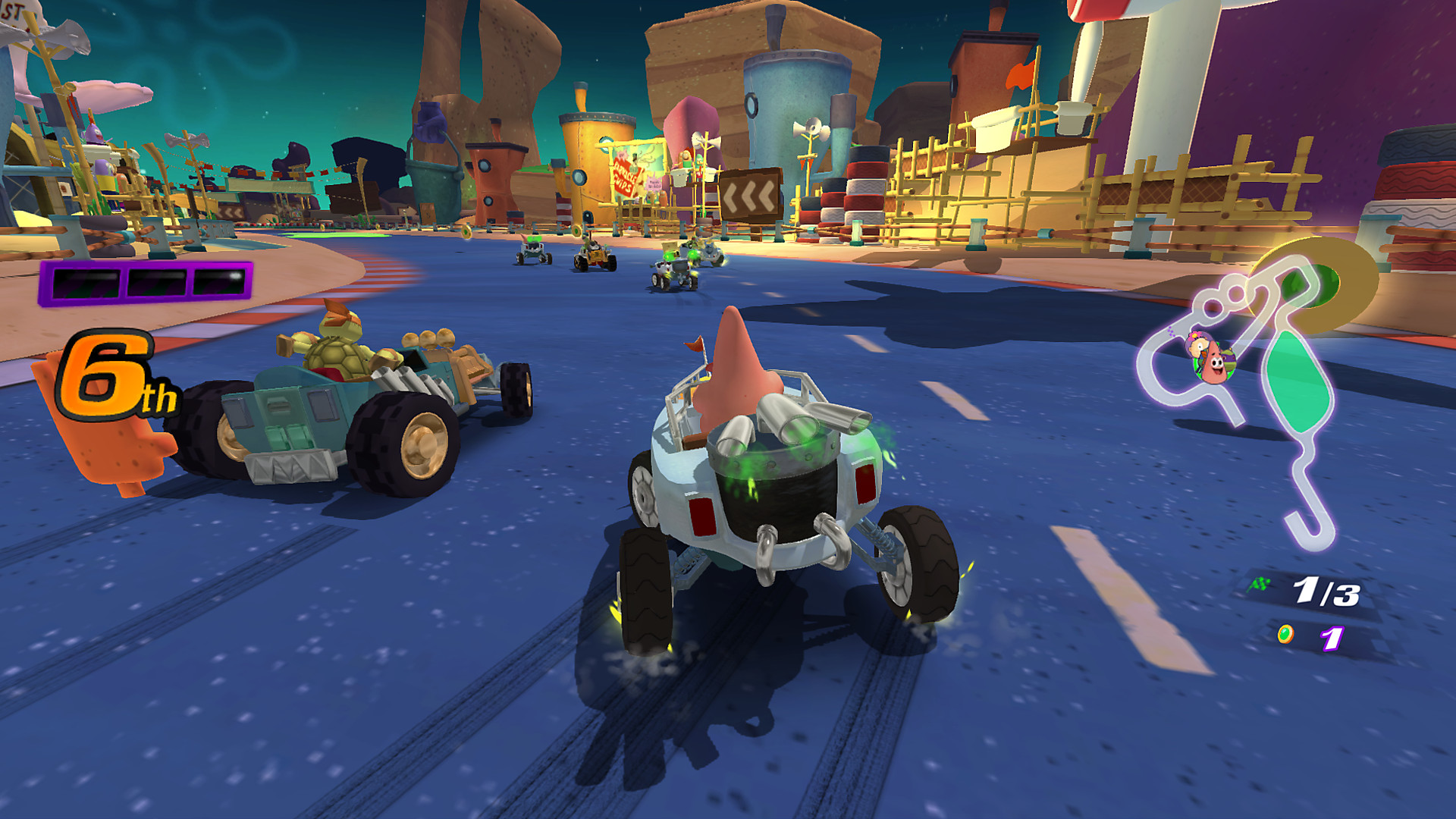 Like most racing games, there is a Grand Prix mode and you can play at 1X, 1.5X and 2X difficulties. The AI is decent and you can adjust their difficulty to be breeze, tough, or punishing. It should go without saying that human players are always more fun to play against. Especially if you’re the one winning.

The 3D graphics are decent and the character models are recognizable. Although the tracks are themed to the cartoon shows, none of them struck me as exceptional or memorable. The background music is even less inspiring.

In the end, Nickelodeon Kart Racers is a family friendly game that’s fun but not as good as other kart racing games we own. A certain Nintendo franchise is hard to beat when it comes to kart racing. If you have a Nintendo device, I recommend sticking with Mario Kart.