Thank you Outright Games for providing us with a review code!

I haven’t recently kept up on the Fast & Furious franchise as it did warp from simple street racing into this over-the-top action series with cars. Now there are spies, plans for world domination, and supervillains. Maybe it’s gotten out of hand, but I do know that part of the charm is that F&F does roll with the insanity and seldom takes itself seriously.

With such a popular franchise come spin-offs, and this one, in particular, is the six-season Netflix series Fast & Furious: Spy Racers. It’s about a group of teens who join a spy team and travel the globe to stop the criminal organization, SH1FT3R. The video game subtitled Rise of SH1FT3R follows this premise with a bit more focus on the racing aspects.

Rise of SH1FT3R controls like any general racer, so if you played any racing game before, the controls will be easy to grasp. The vehicles do control like they have weight to them. It’s nice that Rise of SH1FT3R has a dedicated drift button as many racers tend to map that to the brake button or even the accelerate button at times. The main gimmick of Rise of SH1FT3R is that every vehicle has gadgets that can be used by the face buttons on the controller. Every character shares three gadgets from a paintball shooter, a paintball trap, and a speed boost. The fourth gadget is unique to every racer and can vary greatly. These gadgets are obtained through a meter on the bottom that fills up by simply racing, but can fill up faster by jumping off ramps or drifting around corners. 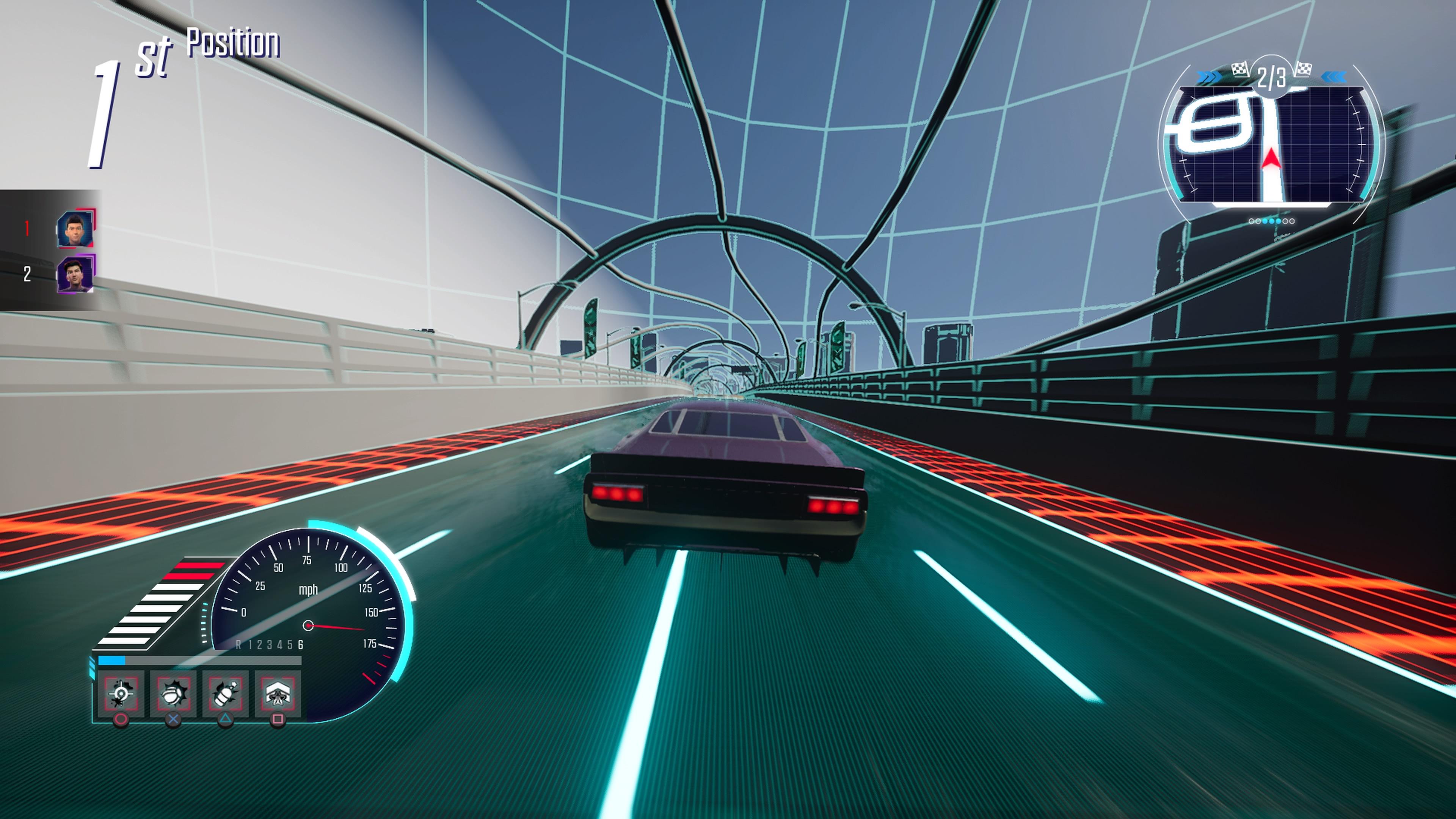 The unique gadgets are what mostly set apart the racers and some special gadgets can be very unbalanced. The character Cisco for example has a huge lingering puddle trap as his special gadget. For most tracks, it covers a significant portion of the road and slows anyone who rolls over it to a crawl. So if you manage to get ahead while playing as Cisco, you’ll most likely keep that lead for the rest of the race. Other abilities can only be situationally good as they only affect opposing racers that are right next to you so characters with those abilities happen to be less effective.

In the story mode, you’ll play as any of the four main characters racing through five missions that contain four tracks (except for the last mission) each based on locations around the world. Each racer has a vehicle with specific stats. Some characters have a better acceleration while others may have a better top speed. From my experience, the characters' special gadgets mattered far more than their stats. To move on to the next mission, you have to obtain at least a bronze trophy in that mission. I played through each difficulty as there are three: beginner, licensed, and professional spy. Beginner is for the player that has never touched a racer in their lives. It’s very easy to gain and keep a lead. Licensed has the AI typically keep up with your position (rubberbanding AI), but some skill is required to keep the lead. Professional is mostly similar to licensed, but the AI is more aggressive with their abilities. With the higher difficulties, one special gadget, in particular, comes into play. Shashi’s special gadget is a group of drones that hone in on the player in the first place and pelt them relentlessly with paintballs. Think of the blue shell from Mario Kart, except much more obnoxious as it not only kills your speed, it also completely obscures your vision for some time. He also uses this more or less at his own discretion, and you can understand how quickly infuriating this can get. Although in hindsight, it does fit his villainous persona.

The tracks in Rise of SH1FT3R start simple with a fairly basic structure. There are some alternate pathways here and there. The designs in the later missions pick up significantly with many winding paths, choke points, and some sharp turns. Although I do feel positive about the designs of the tracks overall, their aesthetics of them do leave much to be desired as they feel generic. I don’t think even one map took inspiration from even one set piece of the show so it just feels like you’re just racing around random places over the map. Pretty disappointing for a series where each season takes place in a different part of the world. 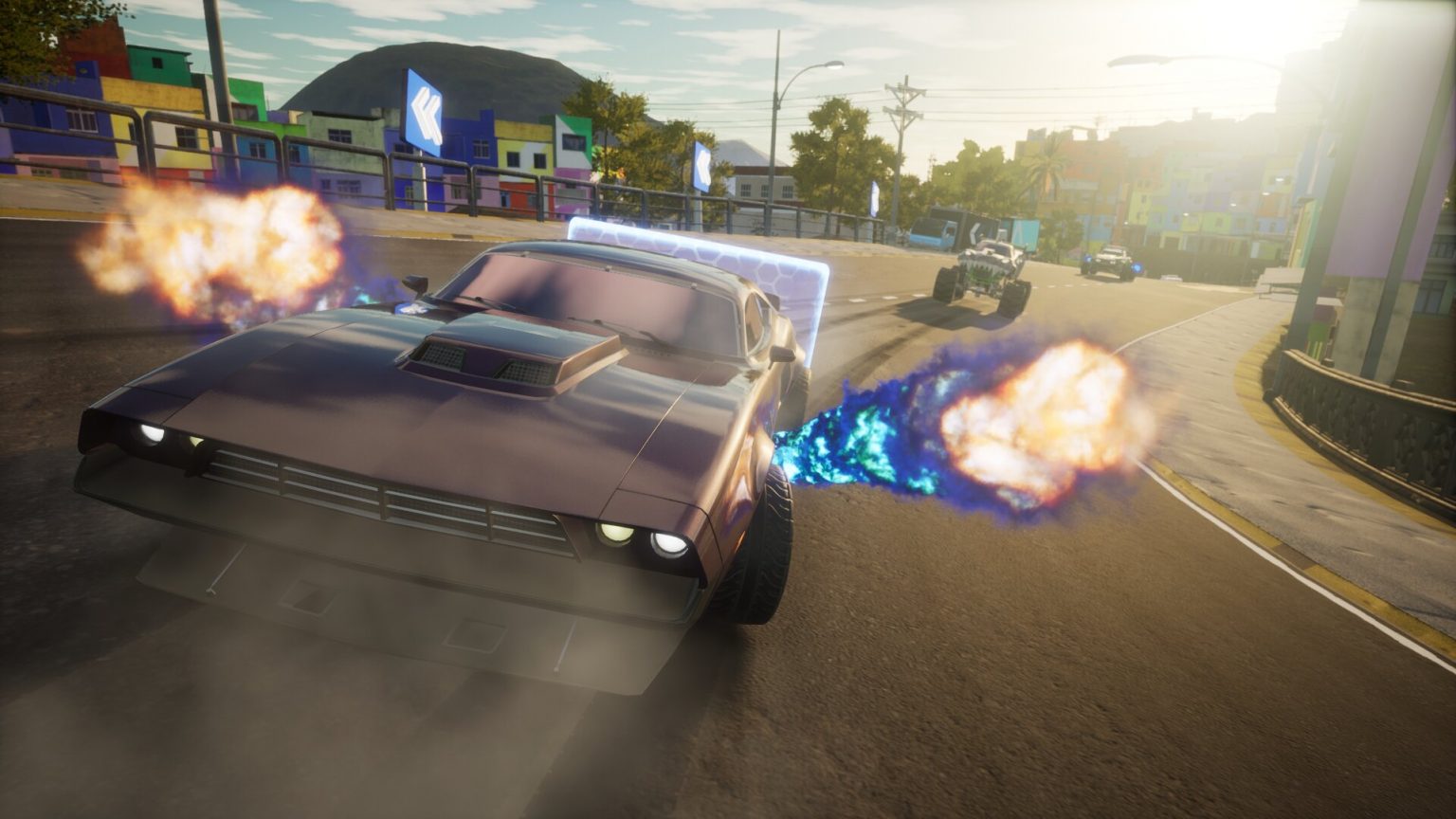 Sound design for me is mixed. The music is fairly simple with simple beats, as well as an instrumental version of the credits theme of the show. They even have the original voices from the show to reprise their roles. The main problem is that outside of Ms. Knowhere, the rest of the cast are given limited lines and the racers will repeat the same one or two lines they have for every single race. Immediately after the first mission, I just turned down the narration volume in the settings all the way down.

Playing through the story missions take somewhere around two hours to complete. After that is completed, all there is left to do is unlock various characters, skins, and other stuff with the Yoka Coins you earn from each race. That’ll take an additional two to four hours. So there isn’t a whole lot of content to do or come back to, especially considering I wasn’t able to find a single person online. It isn’t even all that strong in the fanservice department either as you’ll get as much “enjoyment” out of it if you watch all six seasons or never even heard of Spy Racers prior.

Through all of this, am I saying that Rise of SH1FT3R is a bad game? It runs fine, it races competently. It just leaves much to be desired considering the price range, and that the experience feels more like an asset flip into a recognizable IP than something made for the fans. It did come out with some DLC as of April 2022 that adds a few additional racers, tracks, and car skins. From the looks of it, it’s pretty much more of the same. The overall content is arguably safer for kids than the actual Netflix series, (even though that is rated TV-Y7), as it only contains mild forms of vehicular violence through paintballs and lasers. If you’re still interested or want to get it for a small child who likes the series, I’d say it’s best to wait to buy it for half its original price.