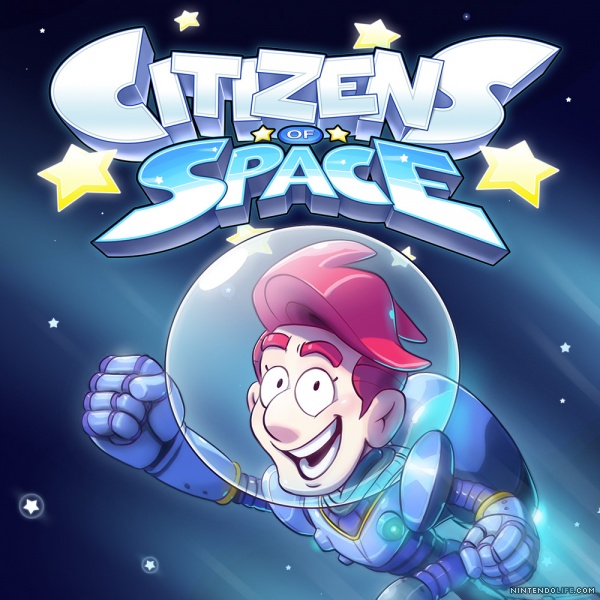 Thank you SEGA for sending us a review code!

Ah, finally! The Galactic Federation recognizes Earth and its citizens for our wonderful achievements throughout the universe! It is of great honor to accept this privilege. As Ambassador of Earth, my plucky assistant and I will tell you of all the glorious luxuries of our blue and green planet. But first, let me show you our humble planet…

Egad! What is this?!?! The Earth is missing! That can’t be! I was just there a few hours ago. Someone out there must have planetnapped our glorious round planet. I must get to the bottom of this—how else can I ambass for a planet that isn’t where it is supposed to be? After all, Earth’s citizens are depending on me!

Citizens of Space is a successor to 2015’s Citizens of Earth. People familiar with the prior game know that you played as the Vice President of Earth. This time, you take control of the Ambassador of Earth and his job is to represent the Earth. Our Ambassador is kind of an idiot but executes his job with brimming optimism and a permanent smile etched on his face! With such charisma and a positive attitude, you can’t help but root for him. Just like the previous entry, Citizens of Space is a role-playing game with a few changes, namely in its art style and combat.

While CoE’s combat system took inspiration from games such as the Earthbound/Mother series, CoS decides to go in a different direction—taking inspiration from more interactive turn-based combat systems. Fans of Paper Mario (at least the first two entries) will immediately recognize its system. Other games, such as South Park: The Stick of Truth also use this system. What makes this turn-based combat different from the others is the use of minigames or quick-time events. Every attack in the game has a button prompt attached. If the prompts are successfully executed, your attacks will do more damage. This also applies to defending yourself as well, taking reduced damage. 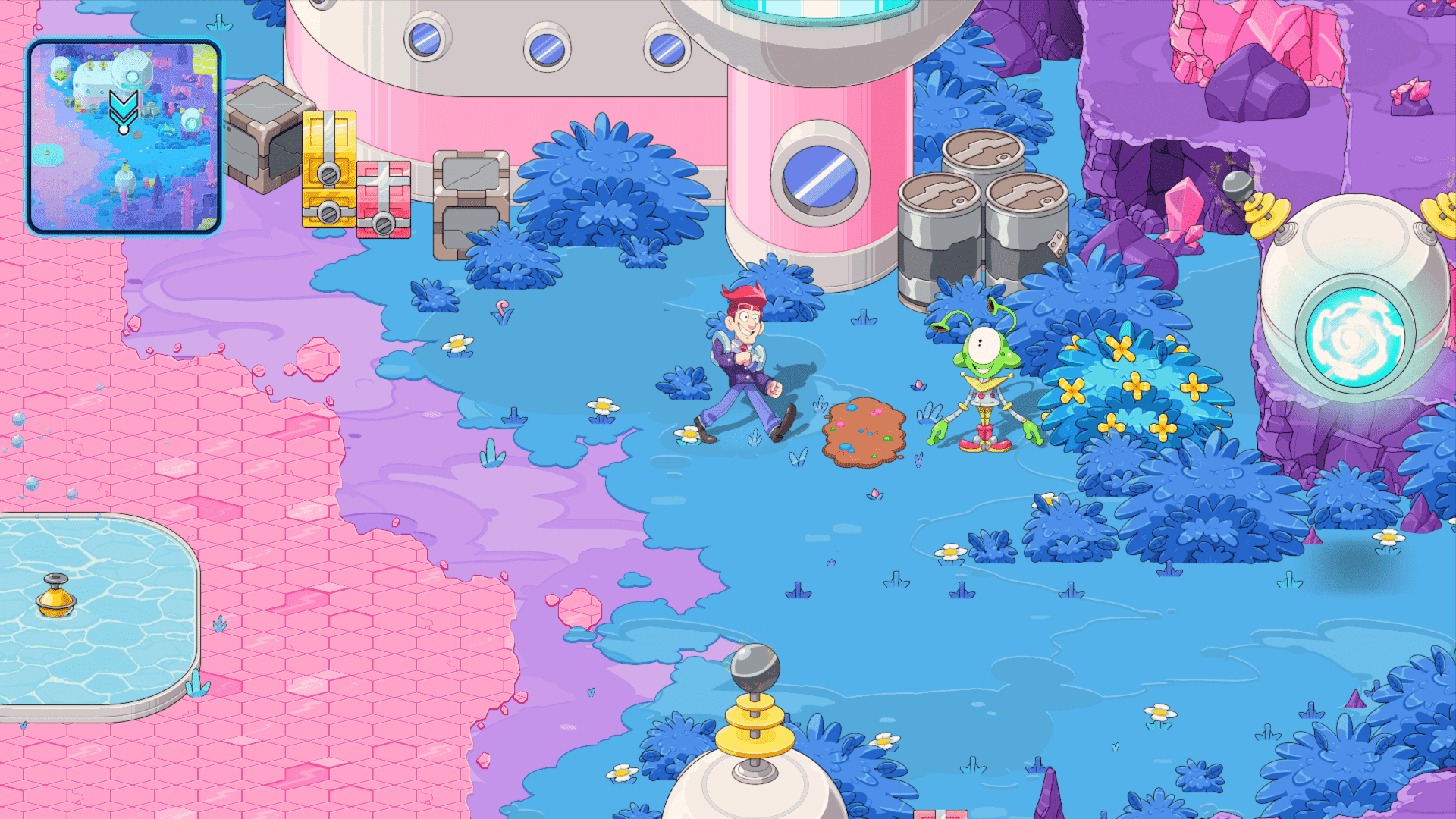 Strong Points: A large cast of charming and quirky characters; turn-based gameplay is of the Paper Mario variety
Weak Points: Does very little to improve or innovate on the genre; reports of game-breaking glitches
Moral Warnings: Violence against alien creatures; lots of poop-related humor; some minigames are of the gambling variety, like slot machines

The Ambassador, of course, doesn’t get his hands dirty in these menial bouts. His title is Ambassador, not Fighter! That is for the other citizens to partake in, while he cowers behind his subordinates. (He calls it "support from behind," not that you should fully believe him.) On the journey to save Earth, the Ambassador has the chance to recruit 40 citizens separated into three categories: combat citizens, which is pretty self explanatory; partner citizens, who have field effects and can be equipped like items to combat citizens to increase their stats and give them special effects; and lastly, the summon citizens that can be summoned into battle for devastating effects. The Ambassador does lend a hand in battle with his various supporting abilities such as item usage (which does not use up a turn), summoning citizens, or using special diplomacy abilities that affect all characters on the field, both allies and enemies alike. Every citizen in the game has tiers and they all start at tier 1. One of the main ways to increase a citizen's tier is to accumulate ability points (AP) through battles.

The party members are all based on occupations ranging from scholars and chefs to sheriffs and celebrities. Out of the 40 citizens, only 12 of them are combat citizens and more than half of the total citizens are purely optional members of your team. Although you can complete your task of saving Earth with the mandatory citizens as Citizens of Space isn't a challenging RPG, it is highly recommended to seek out as many citizens as you can as they offer a lot of quality-of-life benefits both in and out of battle. Be aware that game balance between citizens is non-existent as there are a few citizens that are blatantly better than the rest. For those who only care about the narrative, there is a "Story Mode" option unlocked an hour into the journey which makes it impossible to lose battles, but cannot be toggled off once activated.

This unique form of combat that Citizens of Space offers is beloved for a good reason. It can be very engaging and seeing that Nintendo refuses to have a “traditional” Paper Mario made again, then it is all the more appreciated that someone is willing to pick up the slack. A bit of a difference between CoS and the other similar RPGs is that energy takes the place of the traditional mana or PP (power points) bar. Energy can only be built up with the use of items or using your standard attacks, in which you can use energy for stronger attacks. After every completed battle is the option to continue the fight in "phases" that grants you more experience and ability points by an increasing percentage as you fight stronger enemies before. It's a nice feature to grind away at levels and quickly raise the tiers of citizens, but abuse of this feature can turn an already easy adventure into a joke—and not the ha-ha kind of joke!

Humor is one of the most subjective forms of entertainment there is. What one person finds hilarious, another person won’t even crack a smile. CoS is a very goofy and lighthearted game in its core, taking many opportunities to take a playful jab at the situation it is in. Serious moments are very few and far between, so there are no melodramatic moments that tend to plague many RPGs. The humor is very satirical and pun-based with many of the citizens and enemies making puns based on their occupation or species. A good amount of the comedy is politically driven, although I didn’t particularly notice if it was biased towards a given party, as I do not keep up with politics often. (There are, however, a couple of simple Trump-related jokes, and they are exactly what you would expect them to be.) The Ambassador’s obliviousness to situations and his Assistant’s snarky behavior add to the comedy, and both of them play off each other well. Although CoS never had me catch my breath for laughter, it did give me a lot of chuckles throughout various moments. If your humor aligns on satire, references, and poking fun at the role-playing genre, I’m sure you’ll be grinning just like the Ambassador throughout this adventure. 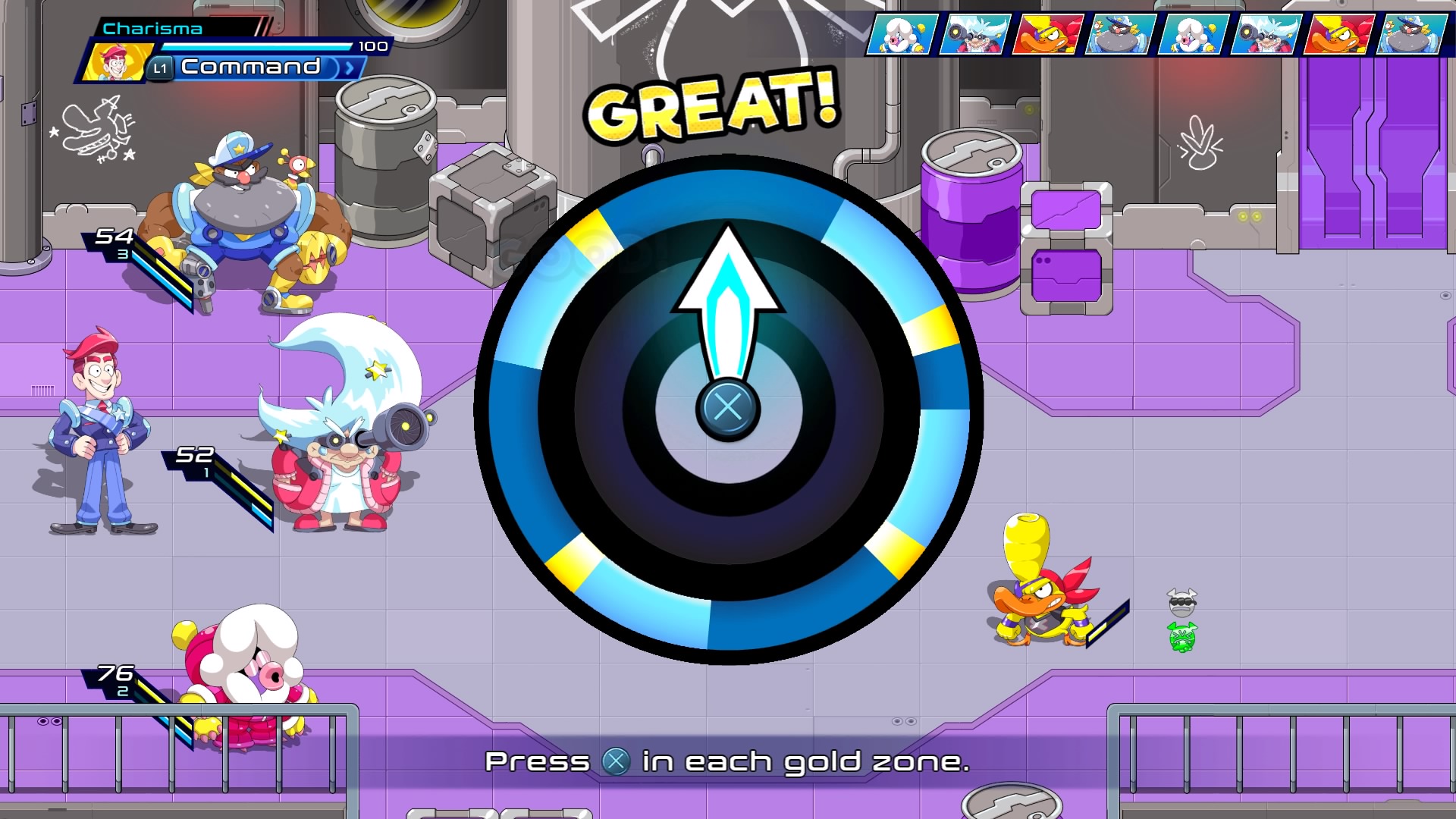 Citizens of Earth has more of a political cartoon art style. For Citizens of Space, however, Eden Industries decided to change it up. If someone told me that CoS was a cartoon that was going to air on Cartoon Network or Adult Swim, I wouldn’t have batted an eyelid. The art style fits right at home on those channels. Bright and colorful, with exaggerated proportions—there is a lot of charm that went into the design. Every citizen design is radically different from each other, giving off a uniqueness that you are exploring a diverse solar system. This also extends to the environment, being colorful and distinct. Sometimes, certain animations can be stiff so the animation quality isn’t all there. It still manages to be serviceable.

Voice acting is well-executed. With the Ambassador having a voice that is charismatic and pleasing on the ears, and the Assistant having the voice to match his sarcastic personality, I enjoyed most of the voices. There is voice work that can go on the more stereotypical side for some characters, but I can say that their voices are good too. Funny enough, there are more voice actors in CoS than there are developers. Not every character or line is voiced. If a character is voiced, however, you can safely guess that they can be recruited or have a role in the story. The soundtrack is rather standard with only the battle theme being the only one sticking out for me—most likely because it’s the one I heard the most.

Fortunately for me, In my journey to save Earth, I did not run into any severe glitches or crashes—that doesn’t mean they do not exist. I’ve seen many reports by other players that Citizens of Space can be quite buggy, with minor glitches such as item drops or currency spawning out of the boundaries, to major glitches and crashes such as quest progress not registering correctly, which require some players to restart their entire journey again. I was one of the few to only experience minor mishaps. It seems that more of these major glitches are more common on the PC platform, and the radio silence from the developers is pretty worrying. In a way, I find that ironic considering that you play as an ambassador and the team is silent on any updates or fixes. It is recommended to save frequently, and have a backup save just in case something does go wrong.

Like many RPGs, violence is a given. It is fantasy violence against robots, aliens, and all sorts of other creatures. The crude humor is mostly relegated to poop jokes. Language is pretty squeaky clean outside of that. The aforementioned jokes get grating after a bit as they increase in frequency to the point where you will meet poop-shaped aliens and certain minigames will have poop-shaped objects. There are some instances of gambling within the game, mostly in optional minigames.

Citizens of Space may not do much to innovate or improve on the genre—you’ll most likely have seen what CoS has done in other games. It is still a well-executed entry into the RPG genre with a colorful cast of characters (both figuratively and literally), rewarding gameplay, and a good sense of humor. The biggest issue with the game is its reliance on poop humor later in the game and the multitude of glitches with the lack of communication from Eden Industries being very worrying. The price range of $15 is good for the 15-30 hours that it will take you to get Earth back from whoever took it. Due to possibly poor optimization on the PC, as it may have not been the original platform it was intended for, it has a higher frequency of glitches than the other platforms so I would recommend opting for the console versions over the PC version if possible. Other than that, Citizens of Space is a nice entry with a combat system and personality that is sorely missed. Now that you know everything that there is to be the best Ambassador of Earth, it’s time to go save it!