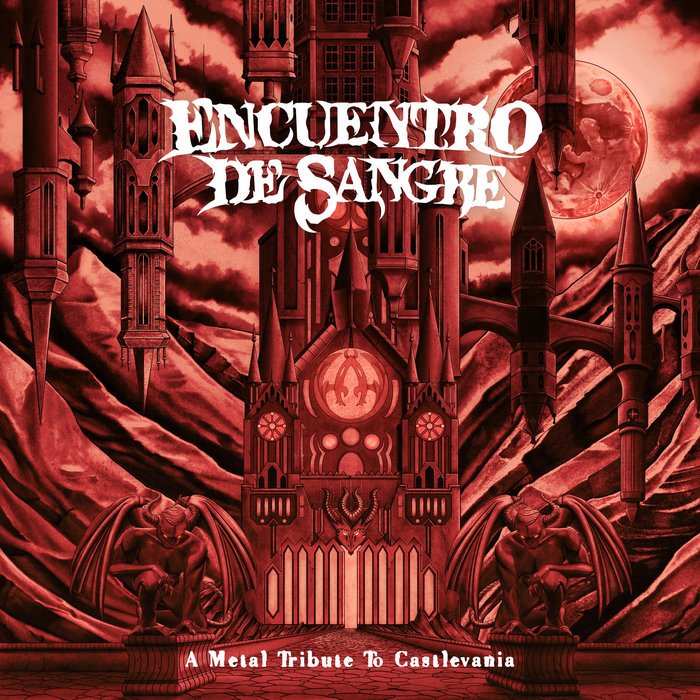 Thank you Scarlet Moon for sending us a digital album to review!

The genre Metroidvania is combination of Metroid and Castlevania which revolutionized platformer games.  Growing up, I played more Castlevania games than Metroid and most of my time in the series was spent in Castlevania III.  Upon hearing about a metal tribute album featuring songs from the first three Catlevania games, my interest was piqued.  I was sold on checking out the album upon funding out that Ferdk was one of the performers.  I really enjoyed his rendition of NieR: Automata and Undertale songs.

Along with Ferdk, other collaborators (that I now admire) include Pokérus Project. ThePlasmas, and Thennecan.  Each group/artist contributes three songs to this tribute album.  All of the songs are exceptionally done and there are no weak links here. Each game is equally represented with four songs apiece.

If you don't like guitars or metal music, this album is not for you.  Some songs like Castlevania's Wicked Child and Within These Castle Walls have a piano intros, but guitars are front and center with a solid drum backbeat.  Here's a track list:

Altogether, you'll have about fifty minutes of metal nostalgia.  Out of all of the tracks, Beginning has to be my favorite.  Not because of skill, but because it brings back the most memories and it's quite catchy.  Though I have spent less time in Castlevania 1 & 2, I still have much respect and appreciate their songs as well.  There isn't a song that I don't like on this album.

If you have played any of the first three Castlevania games, you should give this album a listen.  After hearing it, my husband is also a fan.  It can be purchased digitally on Bandcamp for $10 in MP3 or FLAC formats.