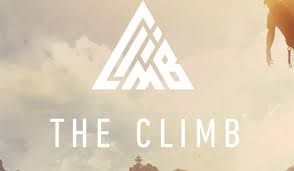 Thank you Crytek for sending us this game to review!

I’ve never been rock climbing before so I can’t say how well it’s depicted in The Climb.  This title is only available for Oculus Rift owners and it provides an immersive rock climbing experience. Currently it supports the Xbox One controller, but when the Oculus hand controllers become available, this game will be updated to support them.  I’m looking forward to it!

Despite the simple controls, this game will challenge your dexterity and puzzle solving with figuring out the fastest route to the top of the mountain.  There are three locations: the Bay, the Grand Canyon, and the Alps. Each location has three difficulties available and a couple of bonus boulder missions.  For each completed level you can earn stars that will unlock new gear to wear or harder to play levels.

While I didn’t mind hearing the male character yelling “whoo hoo!” after successfully scaling a mountain, I thought a female option would have been nice to hear as well.  You can change the climber’s skin tone, gloves, watch, and bracelet they’re wearing.

Strong Points: Great rock climbing experience that will be even better with hand controllers
Weak Points: Only available on Oculus Home; no female characters
Moral Warnings: You can fall to your death

There are two tutorials, one to cover the basics, and the other explains advanced climbing techniques.    When you have both hands on a ledge, you will not lose stamina.  As soon as you move one hand the other will strain and the bracelet color will change from blue to red.  If the stamina depletes on the hand holding the ledge, you’ll lose your grip and fall to your doom.  Keeping your hands well chalked will slightly slow down the stamina depletion rate.   The boulder levels are very challenging and do not allow you to re-chalk your hands.  Another feature that is removed is the ability to use the path feature to show you where you need to go.

The easy levels don’t have crumbling rocks or ledges with debris that need to be cleared before using them.  Thorny ledges that drain stamina faster are not present either.  Even with those obstacles removed, you will still have challenging environments to work with, including wooden bars that collapse as you use them.

Given how realistic the environment is in Virtual Reality, The Climb is probably not suited for those who are afraid of heights, giant insects, or bats.  I liked how sweat appeared to be dripping down the Oculus Rift as my stamina was depleting.  Even though death is likely to be experienced in this game, it’s not bloody and nothing is shown.  You just get to hear the main character scream as they free fall for a couple of seconds. 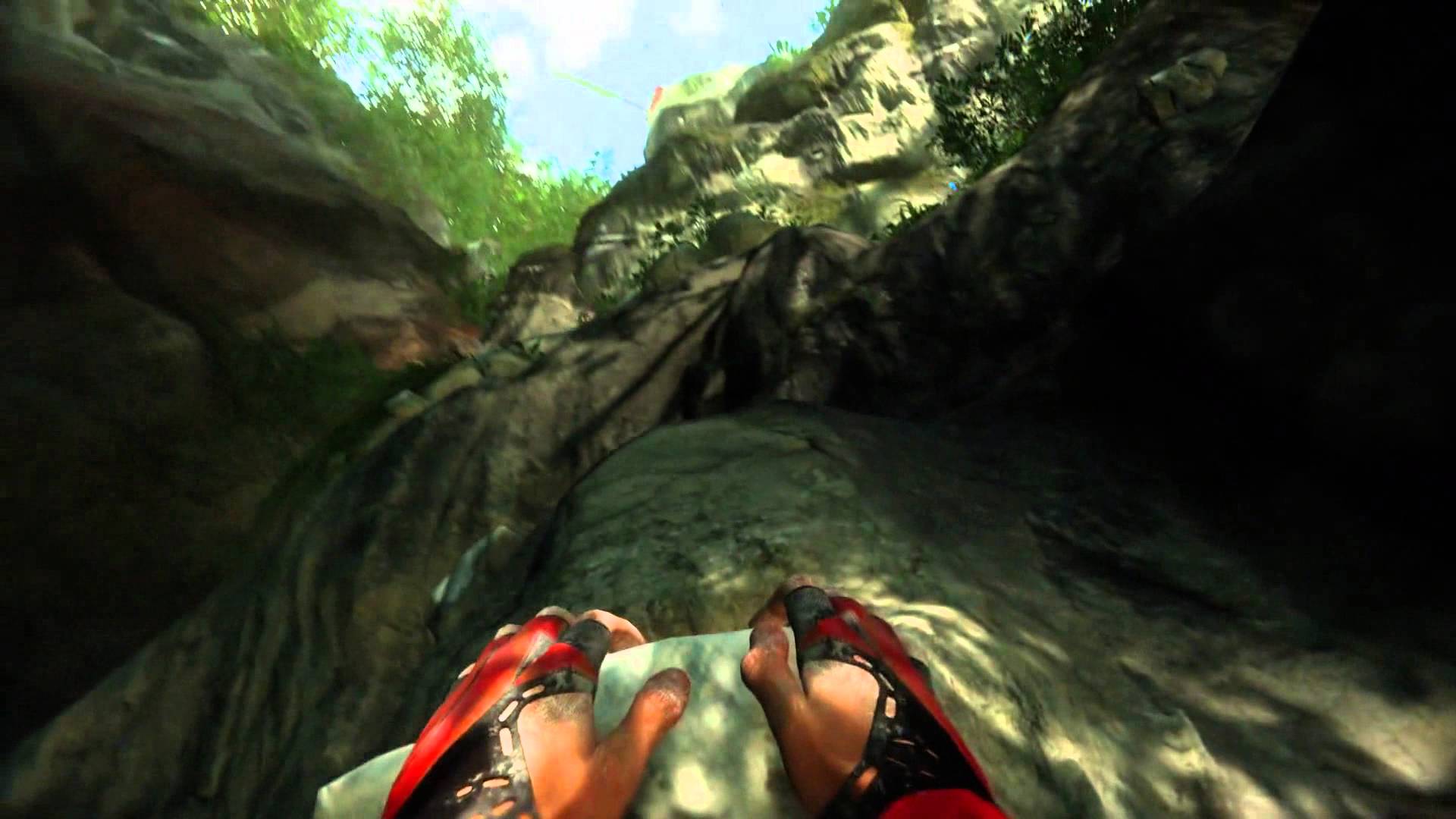 Though The Climb is a single-player player experience, you can compare your scores to others via the leaderboards.  You can also climb against another’s ghost if you want to see how they did things differently than yourself.

Visually, The Climb is a mixed bag.  The rocks and nearby objects look amazingly detailed and realistic.  While the outside world seems to be alive with insects, helicopters, birds, and people moving about, they’re not as meticulous in appearance.  Despite that disappointment, I was still in awe of the fanfare of fireworks, hot air balloons, sky divers, floating lanterns, shooting stars and everything else I saw when I successfully scaled a mountain.  I like the nighttime variety of the hard levels but the Grand Canyon hard level was too challenging for me.  I completed the other two though.

In the end, The Climb was an exhilarating Virtual Reality experience for me.  I highly recommend checking it out if you’re looking for a challenging game and are not afraid of heights or bats. The asking price of $50 is a bit steep, but there’s a lot of replay ability with beating your score and  trying to locate the hidden camera and other Easter eggs in all of the levels.  If you find The Climb on sale, I recommend scooping it up.