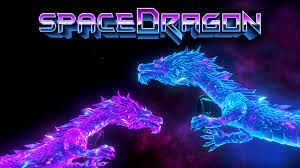 Thank you 3lb Games for sending us this game to review!

Space Dragon is a fun VR game where you blow up planets, and destroy monsters. It is really short (about one hour), but is fun while it lasts. When you go into the game, your controllers turn into dragons. They are really detailed, and I think the developer put a lot of time and effort in perfecting them.

There are only five levels. In the first three, you need to destroy some planets, and then beat a boss. The bosses (in order) are Leviathan, Phoenix, and Kraken. In the fourth level, you need to infiltrate an AI base. The last level is just a really long boss fight. The boss for that level is a Mecha Dragon that seemed to be captured and transformed. When you beat it, it turns into a huge golden version of the dragons on your hands. 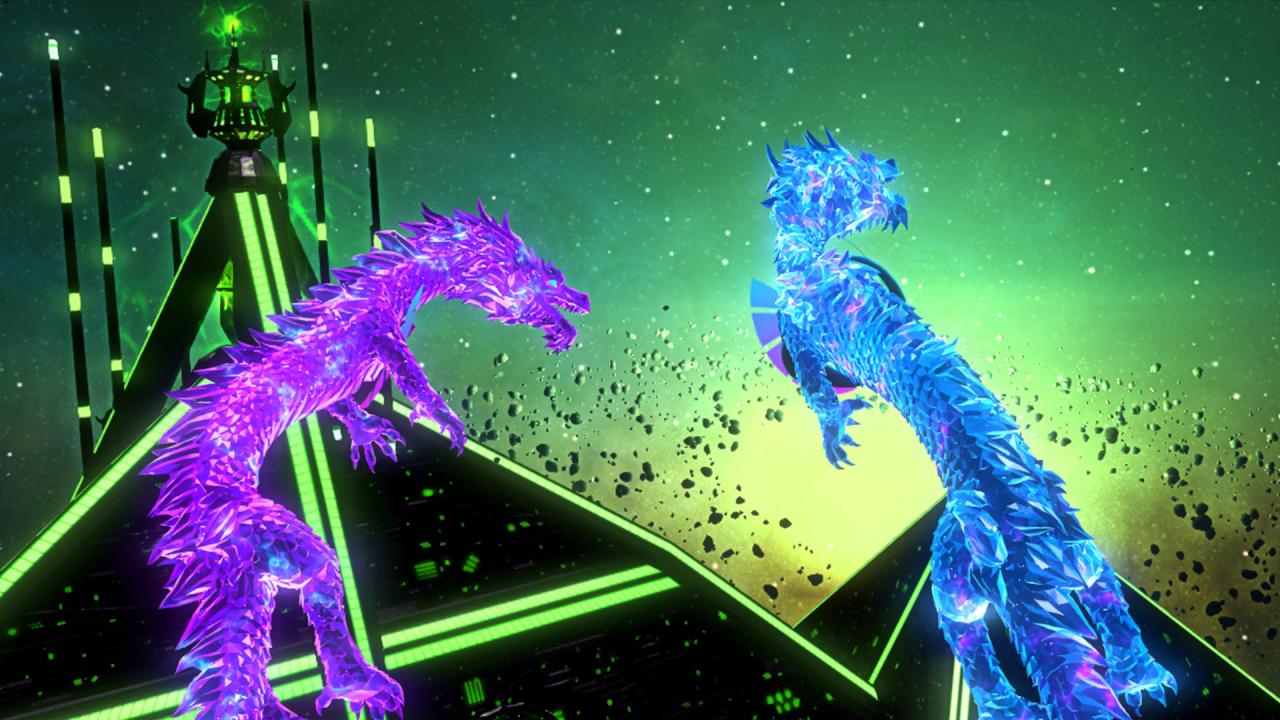 In order to blow up a planet, you need to destroy everything protecting it first. To destroy something, you just need to shoot at it a couple of times. There are usually ships that create shield for the planet, and also some that fly around and shoot at you. Once those are taken care of, the planet's completely defenseless.

There is no specified story, but judging by the fact that you save a dragon in the last boss, I think that you were trying to do that the entire time. Your dragons are so much smaller than that one, so I am assuming that they are hatchlings. After you save that one, it unlocks a portal that takes you to a huge group of dragons, all different colors; probably your ancestors.

The graphics are pretty good. The dragons on your hands are really detailed, but when you get close to a ship or a planet, you will notice that things don’t look as good. But you don’t usually need to get too close, so that’s not really a problem. The controls are fine, but the way you fly around makes me feel a little sick. 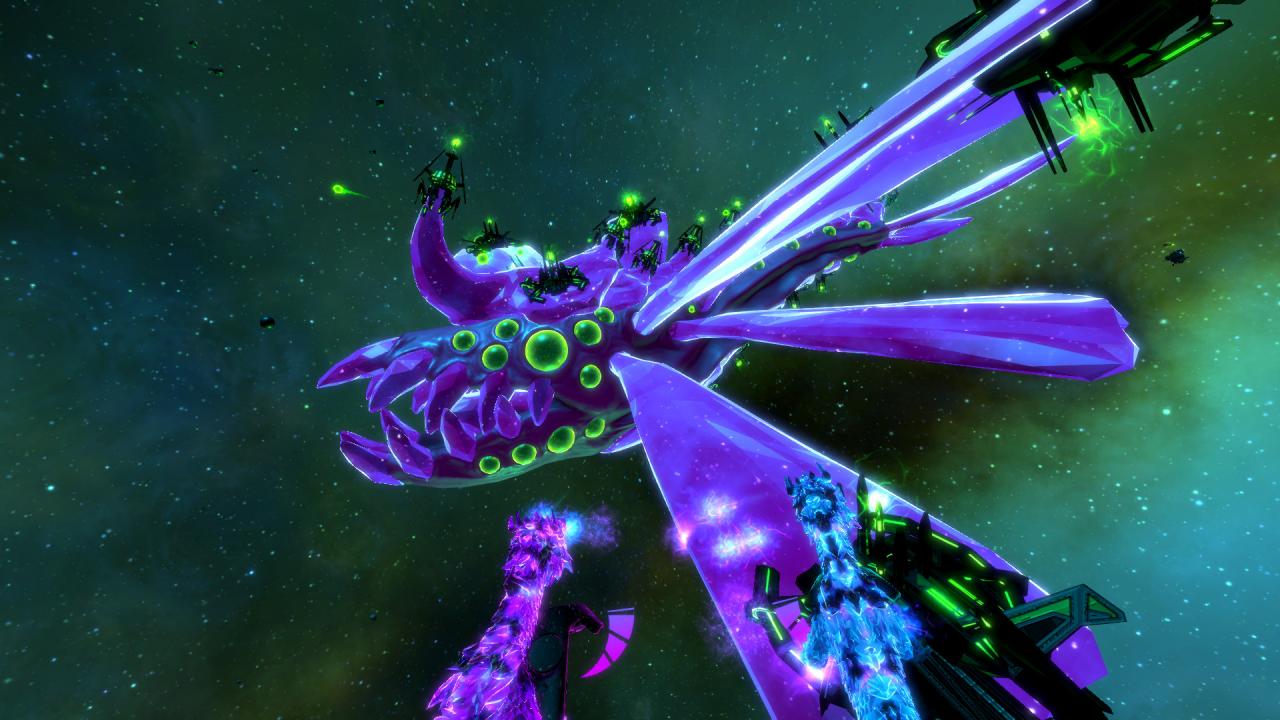 The music is fitting, but there aren’t very many songs that play. They aren’t catchy, but I just think that the menu screen needs to have a different song than the ones that play in every level. There is one song for bosses, and one for everything else.

In the menu screen, you will be met with everything you need to know about the game. It has the credits, controls, and even the levels. There is nothing wrong with that, but I personally think it is weird. Once you save the golden dragon, there is a large light in the menu screen that you can go into to see all of the dragons that you saw directly after beating the game.

There are not any moral problems, besides the fact that you are literally destroying planets. But I think I heard some screaming when I blew up one of the planets. There is no voice acting, so no inappropriate language.

Space Dragon is very entertaining, and I enjoyed it. I think anyone would, as long as they have the money for a VR headset. I wouldn't want to replay it, but it was fun while it lasted. I would recommend picking it up on sale to anyone who likes shoot-’em-ups or any VR games like this.