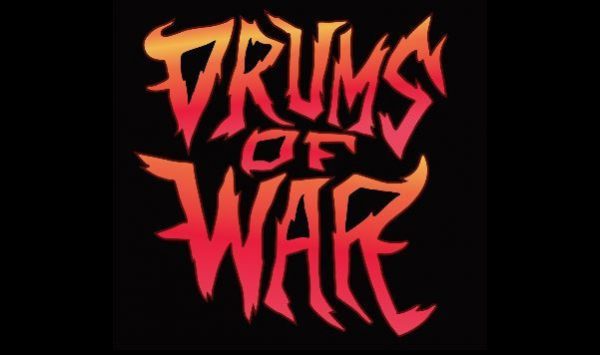 Thank you Grind Core Games LLC for sending us a review code!

The orcs used to dwell in the mountains until the dwarves drove them out. With the help of the war drums, they hope to become kings of the mountains once more. Learning to play the war drums is covered in the tutorial after fumbling through the game’s menu a bit.

Firing the cannons is done by banging on the two center drums.  The left and right drums next to the center two are in charge of rotating and aligning the front cannons.  The back right and left drums are used for side-stepping and dodging attacks.  Some of the dwarves have underground attacks that will have to be dodged by getting out of the way quickly.

Many enemies are up in the air like balloon flying dwarves, giant spiders, and scantily clad succubi.   In order to take down these foes you’ll have to bang your drum sticks together.  Ammo is unlimited, but your health is not.  I didn’t see a health bar so I was always caught off guard when I died and had to start over.

The main campaign has fifteen levels that take place in various surroundings like mountains, caves, swamps, and more. If you see a dwarven settlement, it’s in your best interest to destroy it. Demolishing jails will free some orcs to help take out some enemies for you. They’re not very strong or useful, so don’t get your hopes up.

There’s a decent variety of enemies to contend with. If you don’t destroy their spawners, they’ll keep coming. Every kill will leave behind a skull that is used along with gold to purchase better drums sets. Most of the drum sets increase your health, so they’re worth investing in. Along with enemies and other obstacles, you’ll also have to overcome some bosses. The health boosts will be useful when fighting them! 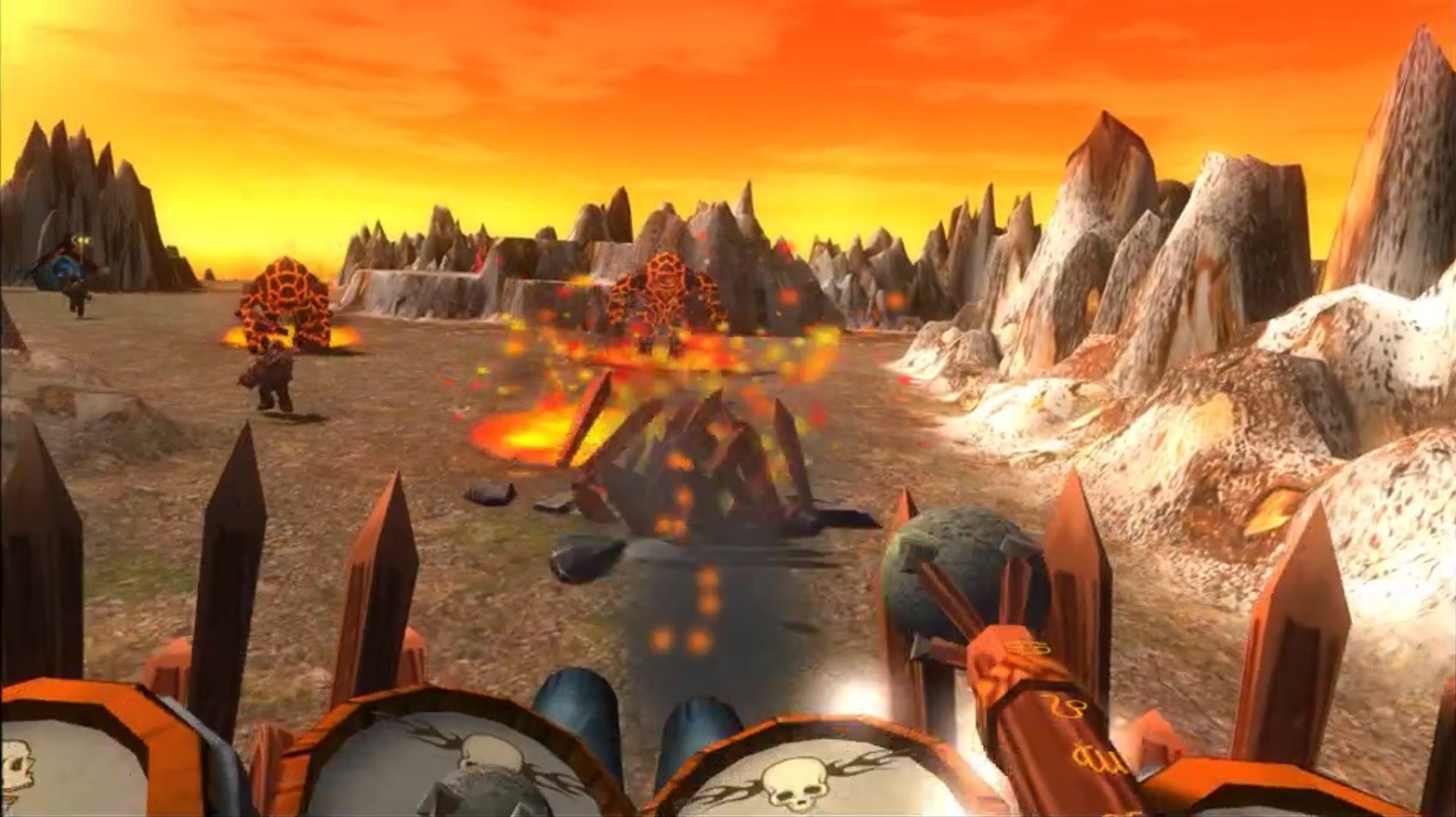 Since this game was developed by the lead designer of Guitar Hero 3: Legends of Rock and Guitar Hero Metallica, it should come as no surprise that there’s a Drum Hero mode. In this mode, you have a music track for each drum and you have to quickly dispatch the enemies coming from multiple directions. If you want a more relaxing or musical experience, you’ll want to check out the Jukebox mode where you can bang the drums freely while listening to musical tracks from bands like Warbringer, Wind Rose, and Exmortus.

The game’s interface can use some tweaking. Though the drum height can be adjusted, even on their highest setting they seemed to be too low. Thankfully, the drumsticks are pretty long and are still able to reach the drums. Other than that, this title ran well.

From a moral perspective, there are a few issues worth noting. If you’re not a fan of heavy metal music or giant spiders, this game isn’t for you. There is blood, but it’s mostly green. Lastly, the succubi are barely clothed.

If you enjoy playing drums, Guitar Hero, or games like Donkey Konga, Drums of War is worth looking into. The asking price is a reasonable $14.99 but has been on sale for around $10. It’s worth adding to your Wishlist if you don’t mind the practically naked succubi.