There are a lot of myths and legends with a rich bounty of content to be mined for storytelling, and the Norse mythology of the Viking culture is one of them. While it's not the most exciting thing to pair with a Match-3 engine, or so you'd expect, Helga the Viking Warrior proves even this unlikely combination can be solid if done well.

The story of the game is that Helga was a young girl whose village was sacked and burned by a rogue Viking warlord, losing her family in the process. While she does want vengeance for the killing of her family and people, she also wants to rebuild what was lost. However, the same warlord is collaborating with a foreign power to assure his power, and Helga and her allies must engage in a greater war against invasion as well.

The game itself is a combination of Match-3 puzzle gameplay and visual novel-style cutscenes in the intermissions to move the story ahead. Typical of the Match-3 formula, the player must match three or more tokens on a top-down grid until all the tokens needed to clear the level are removed from the board. Certain options can be unlocked to clear certain parts of the board faster during play. The visual novel scenes are there to generally set up the storyline and advance the game pacing. 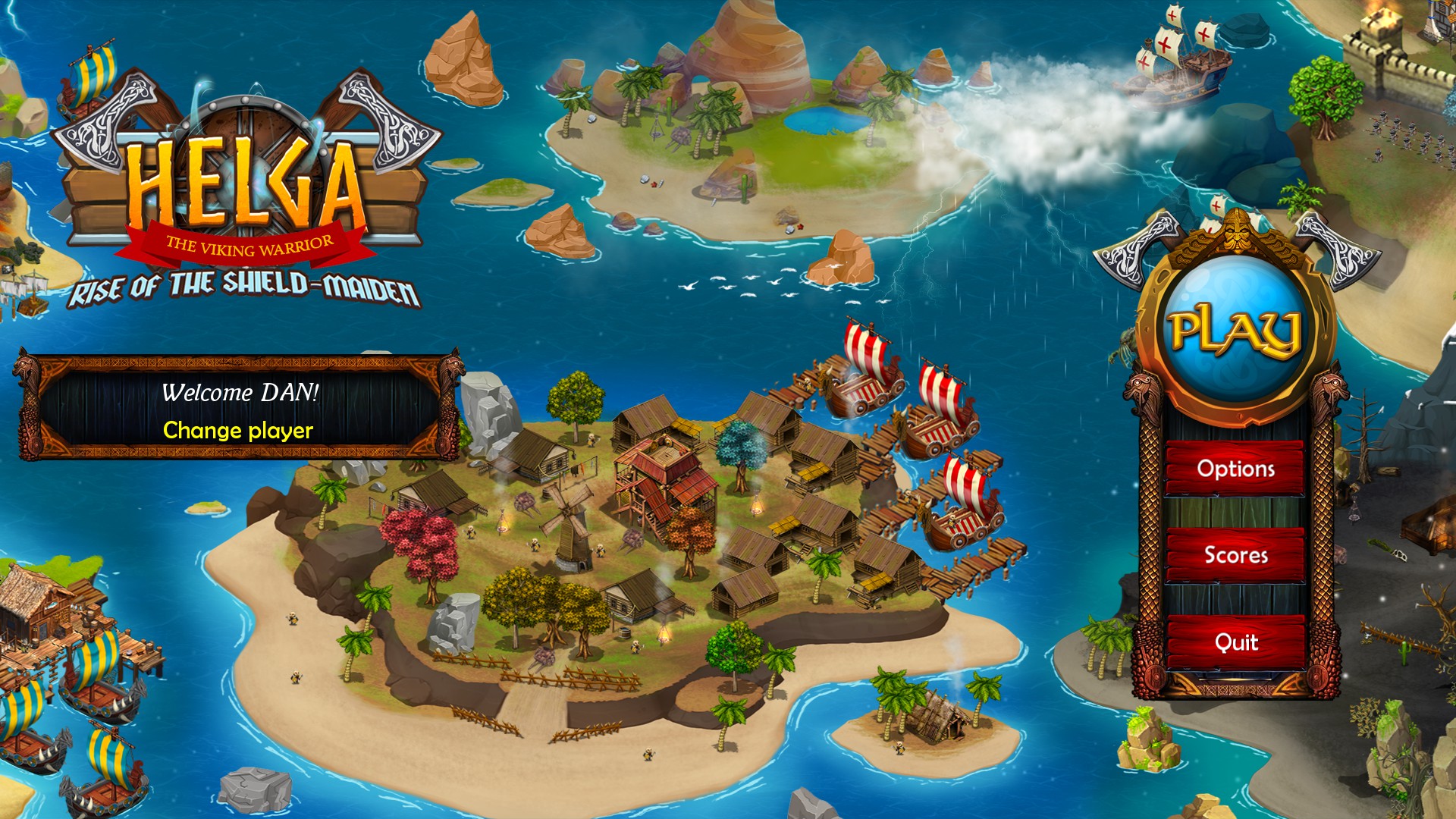 Graphically, the game uses a hand-drawn Western aesthetic drawing heavily from Norse themes. The art style is distinct and colorful, though has a somewhat gritty look to reflect the themes of Norse myth. The music and sounds make use of horns and other flute-like instruments to give the impression of a song played by a bard, which fits the theme well. The opening scene has some voice acting, which honestly could be better, as it's delivered with hardly any inflection, sounding rather robotic despite the dramatic opening scenes.

The game is controlled entirely by the mouse, except for using the keyboard to input the player's name. The game is very stable on Windows and can run on Linux via Steam Proton with little trouble.

Morally, this has a few standout issues.

Violence is mentioned but never seen, only implied, in the story cutscenes. Language is suitable for all ages and sexual content is nil. 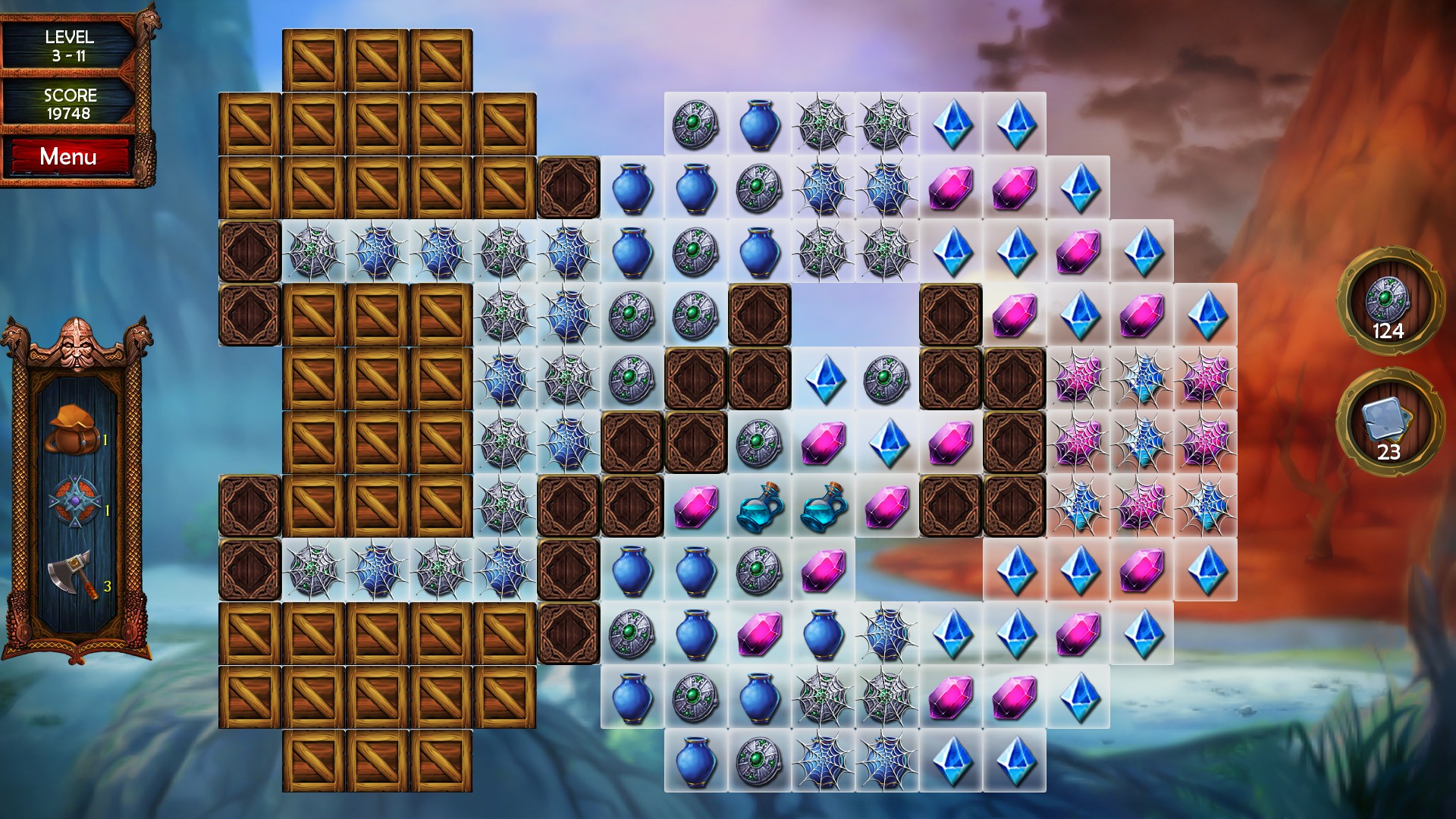 The occult and supernatural, however, play a sizable role in the plot, which is based on Norse myth/Odinism. Frequent references and depictions of things from this tradition are a prominent theme, with magic and supernatural beings derived from the same. Given it was a real-world faith, and given the game does draw on some real-world history alongside the fantasy, it's worth keeping in mind if such themes are offensive. It's all presented in a fantastical context, but the player via the story sequences will use magic sourced from pagan tradition as a plot element. There are also a few runic symbols and iconography sourced from the same visible in some scenes.

Morally and ethically, the main characters seek liberation for their people from a foreign power and a traitor collaborating with them for their own gain. While revenge is sought due to the backstory, it is tempered by the legitimate need to bring the party who wronged the protagonist Helga and her people to well-deserved justice for their numerous crimes.

Technically, it's a fairly sound game. Morally, aside from the fact it heavily mines Norse myth for its plot, it otherwise has nothing offensive to a reasonably mature gamer able to tell fantasy from reality. It's worth getting on its own or as part of a bundle if you are a Match-3 fan.