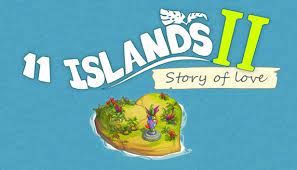 There is an old saying that goes "Fool me once, shame on you. Fool me twice, shame on me." By that standard "11 Islands 2: Story of Love" makes me feel foolish because I had hoped it was better than "100 days without delays", yet it makes all the same mistakes.

"11 Islands 2: Story of Love" is a modern take on the classic, turn of the 20th-century story of a European/American explorer finding a primitive culture and falling for a foreign girl (and vice versa). There is a bit of adventurer archeologist plot to it as well, namely stopping an evil spirit cloaking the islands the explorer happens upon. 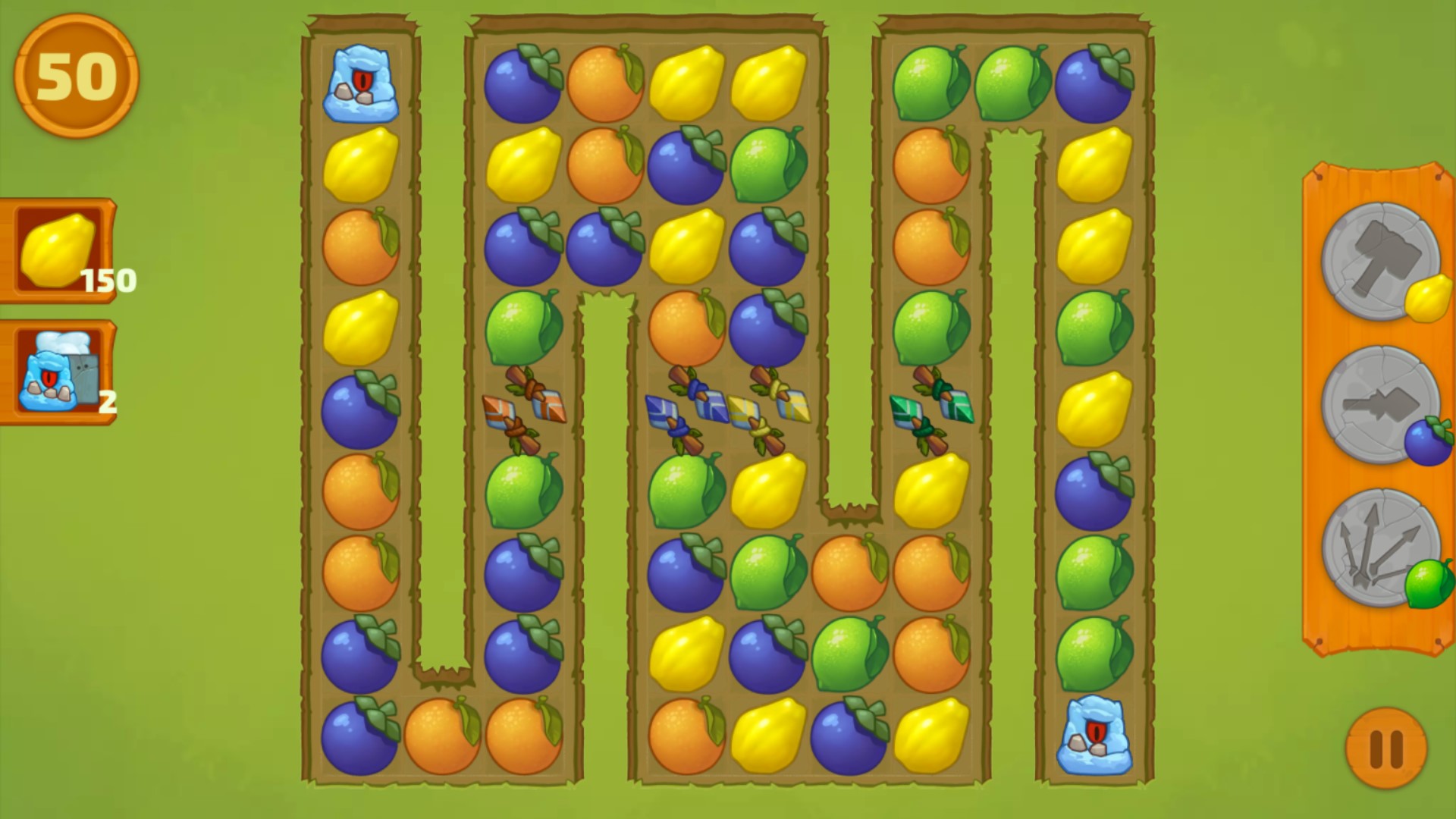 The actual game is typical of the Match-3 genre. It's played on a top-down board where three or more tiles of different types must be matched up to remove them from the board. Certain special tiles can be created or used after making certain tile combinations, and these can help clear the board faster.

The reason this easy-sounding premise is frankly quite hard if not nigh impossible for its genre is due to several things. One, each level has a move turn limit, and this means you cannot waste a single move. Second, several tile boards have very unusual layouts that make getting certain matches very difficult, and they get more complex the more levels you beat. Tiles appear at random, and this game is prone to making needed tiles to clear the board painfully rare. Finally, several levels have obstacles that need to be cleared on some boards to make the tile combinations, and the rare drops of needed tiles combined with the limited amounts of moves reduce many levels to sheer luck to beat.

Note, the above two paragraphs are identical to what I used for the last game that used these poor game mechanics and procedural generation, and since it makes the same mistakes, I have decided to levy the same criticisms. Given the developers of the Match-3 games by this publisher usually put out generally competent titles if not amazing for their genre, I request the developer take heed of my advice to either rework this game engine or discard it for future projects unless they want me to continue giving games using said engine terrible evaluations. 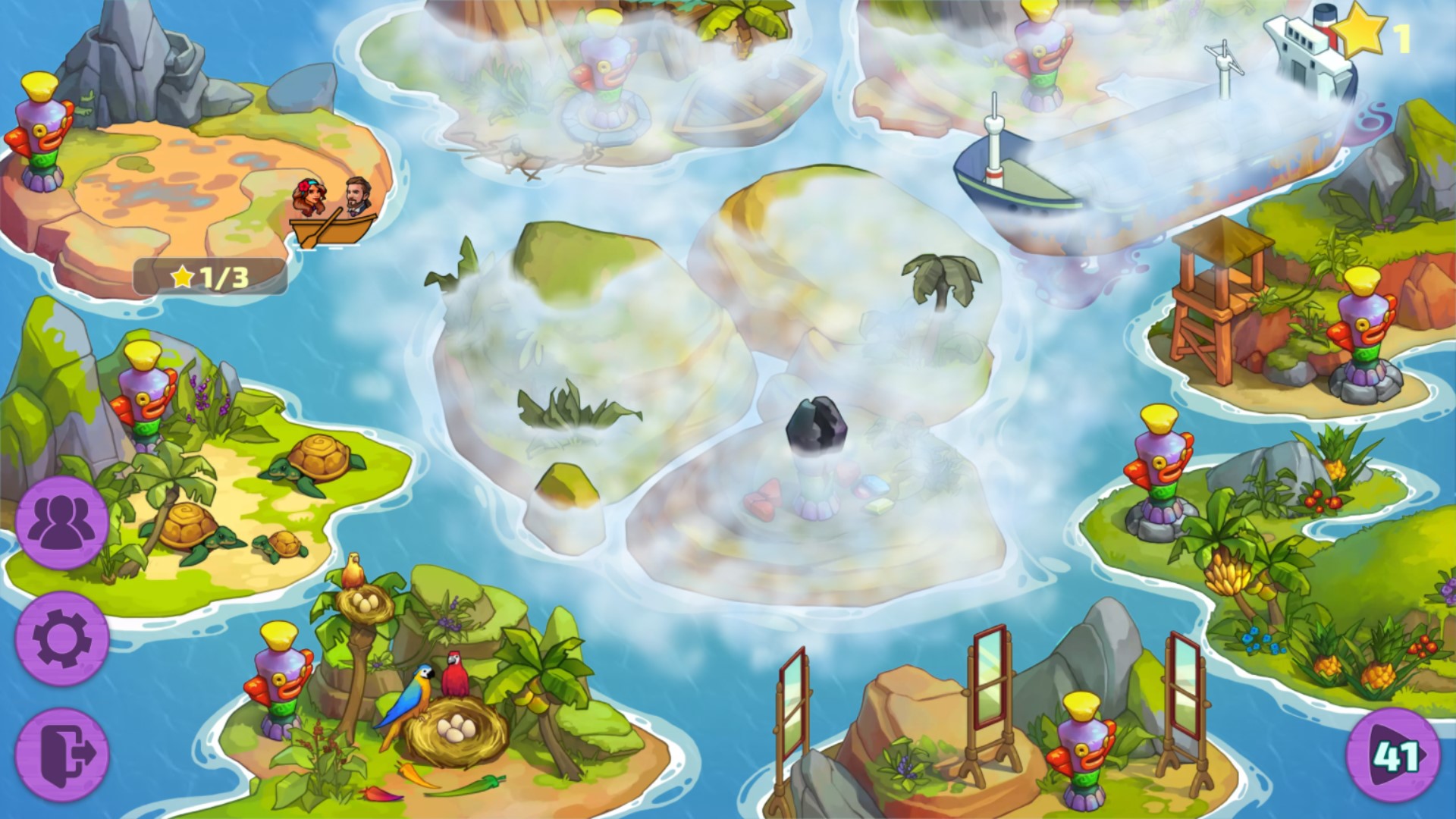 With the above in mind, I must regardless complement the graphical direction, which goes for a tropical theme that is vibrant and fits the mood well. The animation quality is also quite well done, which makes it more the pity this is married to a game with horribly unfun gameplay. Sounds and music are also tailored to a tropical/Hawaiian theme that, while a bit generic, is not unpleasing to the ear.

Control is done almost entirely by the mouse, except for using the keyboard for inputting your name. As for stability, it runs well on Windows and will run well on Linux via Steam Proton.

Morally, this is a generally G-rated game, with one notable exception. True to the theme, it features an island shaman trying to banish an evil spirit and mentions of magic in general, both prominent focuses of the plot. While presented generically, it does reference real-world cultures that practice such beliefs.

In conclusion, aside from the one moral concern, this is otherwise acceptable to play for any age group. Technically, it's not a lot of fun though due to using unbalanced game mechanics that should be put out to pasture. Overall, despite the nice animation, this is not recommended if you want to have fun.