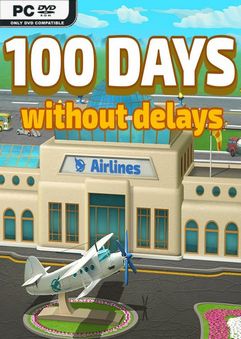 When I review games, I find sometimes trying to fix something by going too far often tends to make a game less fun than it already was. It can still be technically sound, but an utter chore to play. "100 Days without delays" is a Match-3 game that tries to fix the stigma of Match-3 games being far too easy, but winds up being far too hard instead.

The story is simple. You (playing as a female CEO) have 100 days to get a small-town airport in the black or you are out on the street and it closes down. In the middle of trying to keep it solvent, you also have to solve a murder mystery involving an employee who wound up dead after apparently doing illegal sales of airplane parts. 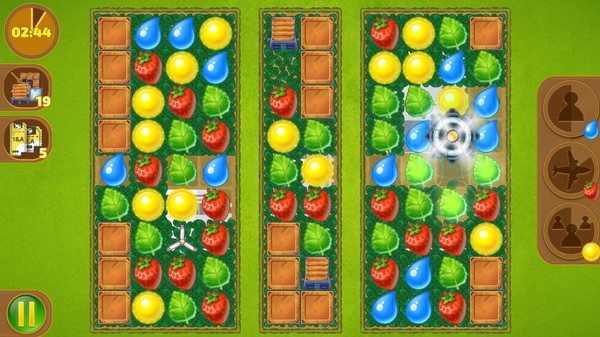 The actual game is typical of the Match-3 genre. It's played on a top-down board where three or more tiles of different types must be matched up to remove them from the board. Certain special tiles can be created or used after making certain tile combinations, and these can help clear the board faster.

The reason this easy-sounding premise is frankly quite hard if not nigh impossible for its genre is due to several things. One, each level has a move turn limit, and this means you cannot waste a single move. Second, several tile boards have very unusual layouts that make getting certain matches very difficult, and they get more complex the more levels you beat. Tiles appear at random, and this game is prone to making needed tiles to clear the board painfully rare. Finally, several levels have obstacles that need to be cleared on some boards to make the tile combinations, and the rare drops of needed tiles combined with the limited amounts of moves reduce many levels to sheer luck to beat at best.

Graphically, the game uses a hand-drawn, Western-style art aesthetic that is colorful and conveys the game themes well. The theme is aviation, and while most of the tiles are fairly generic, most of the other art certainly conveys a flight theme. Music is fairly limited, mostly to one or two tracks that are pleasant if a bit repetitive. Sounds effects are similarly limited, mostly blips and bleeps for removing tiles from boards and little else, but they aren't grating on the ear. 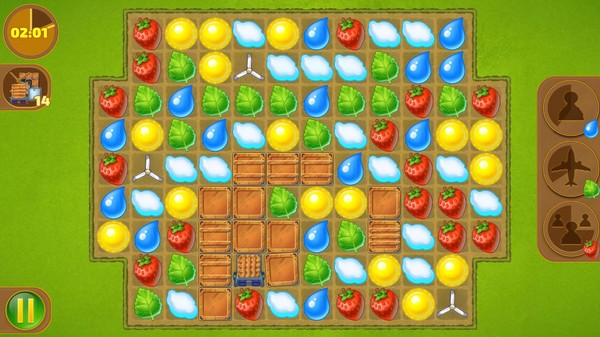 Control is mostly accomplished using the mouse only, with the keyboard only being used for name input. Stability-wise, this runs fine on Windows and will run well enough out of the box on Linux via Steam Proton.

Morally, there is not very much to complain about. There is no violence, foul language, or sexual content to be worried about. This is set in a real-world setting with no supernatural or occult elements. From a moral and ethical standpoint, you play as an ethical businesswoman who wants to make an honest profit running an airport and helps assist the police in figuring out the culprit of a fairly generic murder mystery.

Technically, this is a good game, but the difficulty is somewhere to the left of absurd. Morally, there is very little I'd be afraid of an older child on up seeing. Strictly based on the absurd difficulty, I'd have to recommend another game over this, but otherwise, it's worth getting as part of a bundle sale.