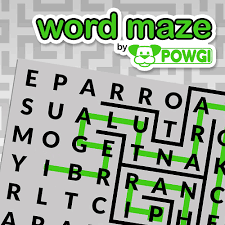 I have played Word Maze previously on the Switch, Wii U, and 3DS as part of the Word Puzzles by Powgi collection. With 120 puzzles to solve, it warrants its own standalone game that’s now available on the PS4 and Vita gaming systems. Lightwood games is one of the few developers still publishing games for the retired Vita system. Another nice feature is that this title supports crossbuy so you only have to buy it once to play on both systems (PS4 + Vita).

The first three puzzles serve as a tutorial to teach you how to play the game. It’s basically like a Word Search but every letter is used and the words must all chain together in a maze-like fashion. If you don’t know where to begin you can press the left and right triggers to see a list of all the words to find. That hint feature is very handy indeed! 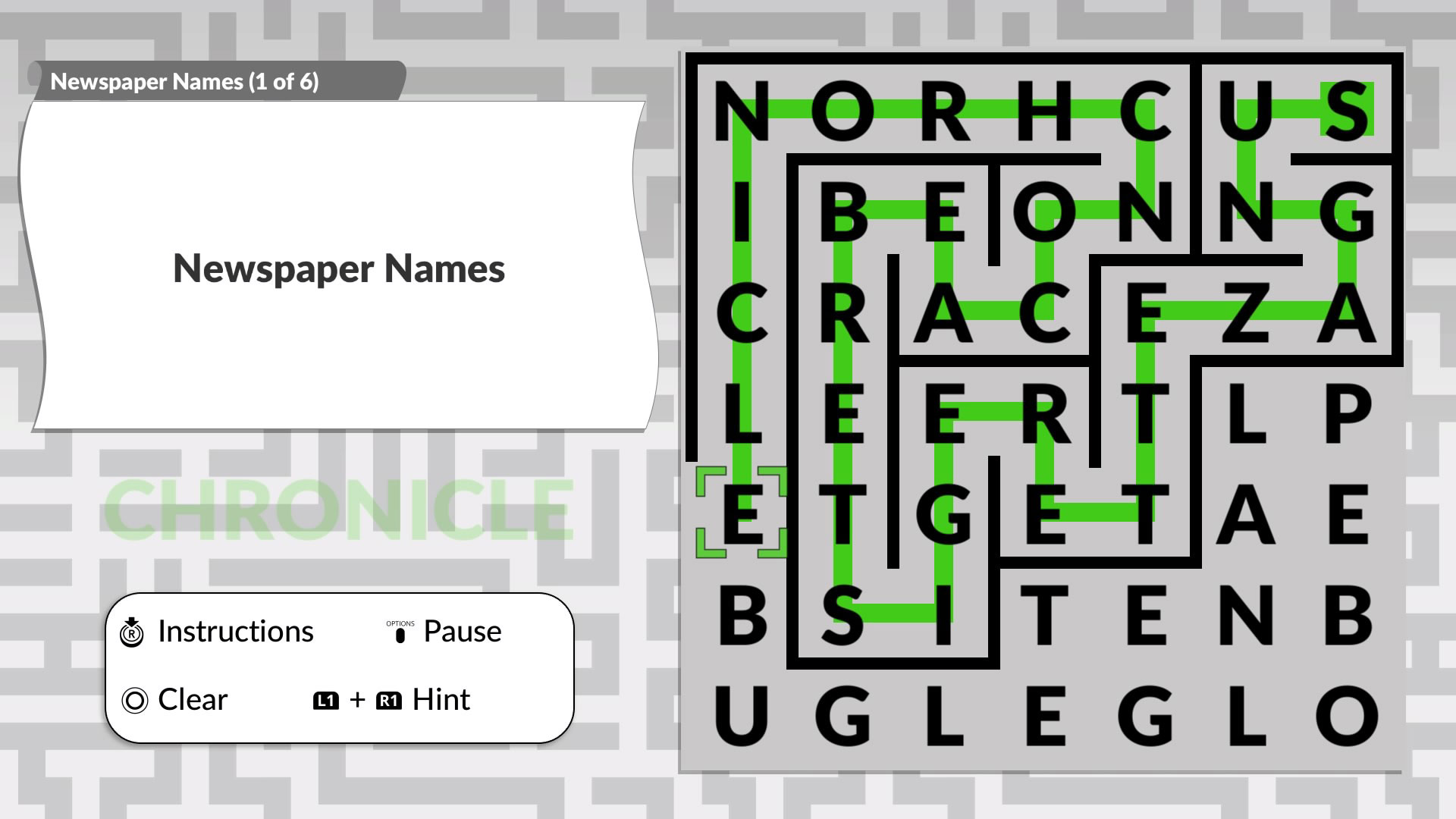 Strong Points: Crossbuy; 120 puzzles to solve
Weak Points: Cheesy puns at the end of each category
Moral Warnings: None, some of the puzzles have Biblical names!

There are several categories to choose from and you can play them in any order. Each category has several puzzles to solve and you’ll be timed on how long it takes you to complete them all. Some of the categories are pets, dog breeds, reptiles, musical terms, Roman Emperors, Bones, and more. There are many name-themed puzzles like boys' names, girls' names, famous Michaels, and I was pleasantly surprised to see Biblical names.

After completing each section, you’ll be treated to a silly joke or pun. For example, after completing the herbs and spices section I got: “My friend is dating a girl named Rosemary. I don’t know what he season her.” 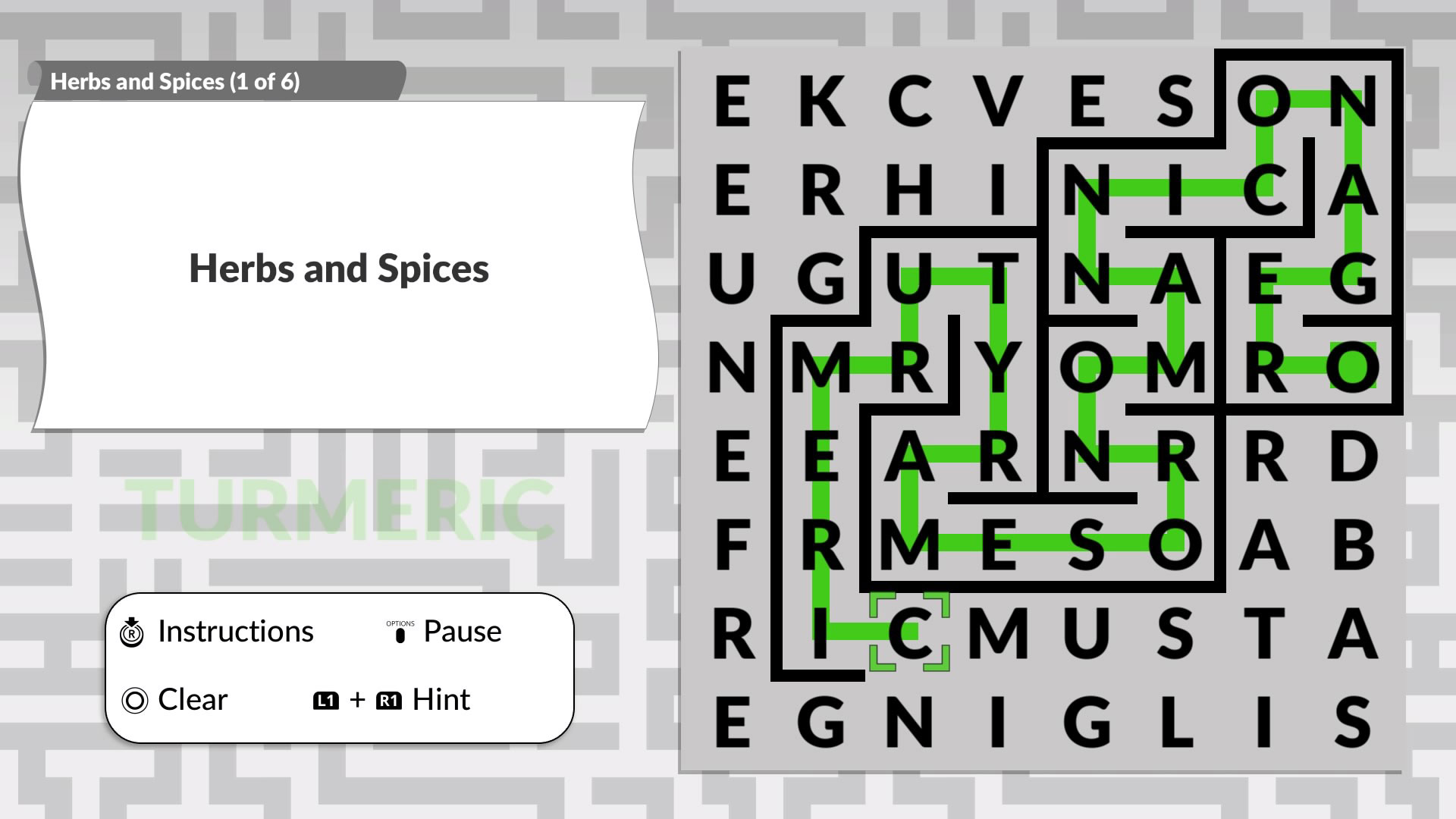 It doesn’t take too long to complete each puzzle. Some are more complex than others. The background music will loop often and you have the option to disable it if you find it annoying or repetitive.

The visuals are simple and get the job done. The more complex puzzles have smaller font, but I was able to read everything just fine on the Vita’s small screen.

This title is rated for Everyone by the ESRB and I didn’t see anything morally concerning in this game.

Word Maze is a fun title that can be enjoyed by people of all ages. Especially ones that love mazes and word finds. The asking price is reasonable, but more expensive than puzzle books found at your local dollar store.