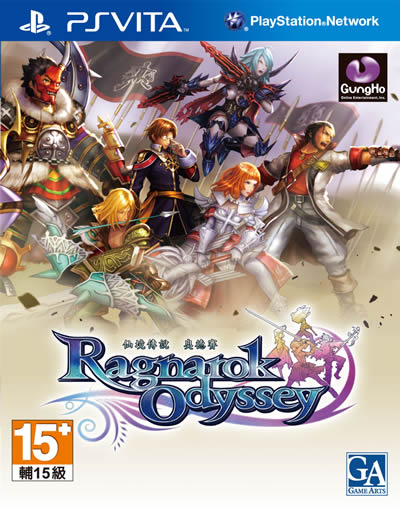 Thank you XSEED games for sending us this game to review!

Ragnarok Odyssey is based off of the popular Korean MMORPG Ragnarok Online.  I’m not into MMOs these days so I can’t comment too much on the similarities or differences between these two titles.  I do know that the Norse belief system is still present and the merchants will say phrases like “May Thor’s hammer be with you”.  That’s pretty much the extent of religion in this game.

The story isn’t anything to write home about.  You’re a new mercenary recruit and have to prove your worth to your peers by completing quests.  The quests are mostly monster or item related: kill X number of monsters or bring back X number of items.  It’s a bit mundane, but I prefer pest control versus delivering letters or escorting NPCs in other RPG games.

Unlike typical role playing games, you do not gain experience or levels by killing enemies.  You rank up after completing a chapter in the game.  There are ten chapters total and nine of them are story related.  The last chapter has optional quests that you can unlock though the main storyline.  There are roughly ten quests in a chapter and they typically end with a boss battle.  Some chapters have multiple boss battles woven into them. 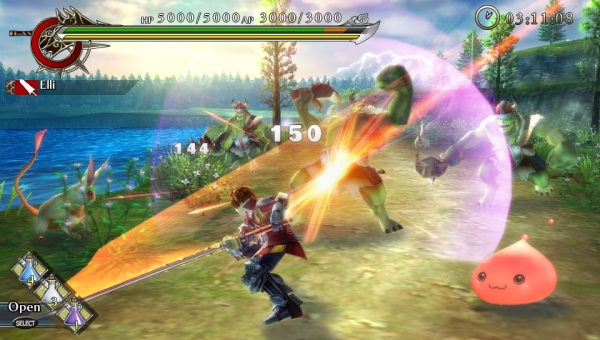 Strong Points: Fun gameplay with lots of job classes and fancy attack moves, active and friendly gaming community.
Weak Points: The camera angles can get annoying at times; experienced many crashes and slowdowns in the online mode.
Moral Warnings: Gravity-defying dramatic attacks, but there is no blood or gore.  Some of the characters drink and get drunk in the game.  One male character acts effeminate.  Some female clothing is revealing.

While the typical missions are doable in single-player mode, I often reached out for online help when it came to the boss battles.  I enjoyed the class diversity and camaraderie so much that I wound up playing most of the game in online mode.  Joining and creating rooms is relatively easy and there are many helpful filters to find players in the same chapter or quest as yourself.  The rooms generally fill up in minutes so the community is going strong as of this review.

Like many online games, lag can be quite a problem, especially in boss battles!  You can see connection bars of the rooms and players in it, but those gauges tend to fluctuate.  All it takes is one party member to lag and ruin the fun for everyone.  Sometimes the slow player is dropped and the problem is resolved, but other times the game errors out, and drops you back into single-player mode.

My only other complaint with this title is the wonky camera angling.  Since this is a third person game you would assume that the camera would be on your back the whole time.  Not so.  You have to use the right nub on the Vita to control the camera and it can get rather annoying constantly changing your view in the boss battles. 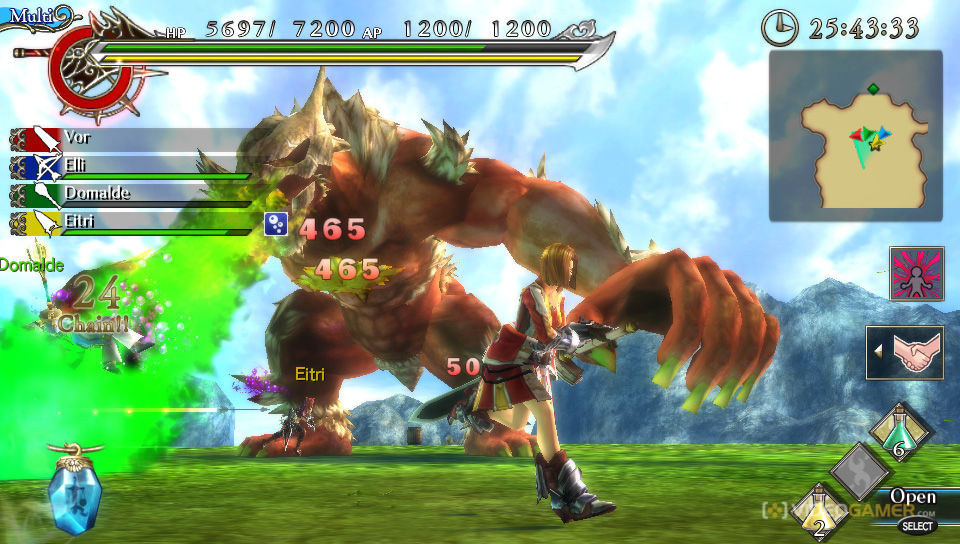 Other than that, the boss battles and fighting in general is epic.  The bosses are tough and pack quite a punch.  Even with their strength and might, they typically have a weak spot or two.  I found it funny that one ape like boss’ weakness was attacking him in the “rear”.  The battles with standard fare giants, orcs, wolves and bears are entertaining to watch with the dramatic Matrix-style attack moves.

Each class has their own style of fighting and strengths and weaknesses when it comes to attack power and defense.  To tilt things to your favor you can buy or collect cards from enemies to boost your abilities.  Both weapons and cards can have positive and/or negative effects.   By upgrading your clothes you can get more points to equip more powerful cards.  The weapons in this game can be refined to make them more powerful as well.  All of these upgrades cost money and require various materials.  Some of the materials needed only come from bosses.  In other words, if you want to have the best equipment, you’ll have to do a lot of farming.  As tedious as that is, with a skilled group of people, it can be fun.

Changing classes is possible later in the game and the process is seamless.  You can record your current character configuration and switch outfits to change classes or to simply view your character statistics. To say that your character is customizable is an understatement.  You can change your appearance by visiting the effeminate barber.   There are various hats, ribbons and outfits you can dye and equip to give your character some flair. 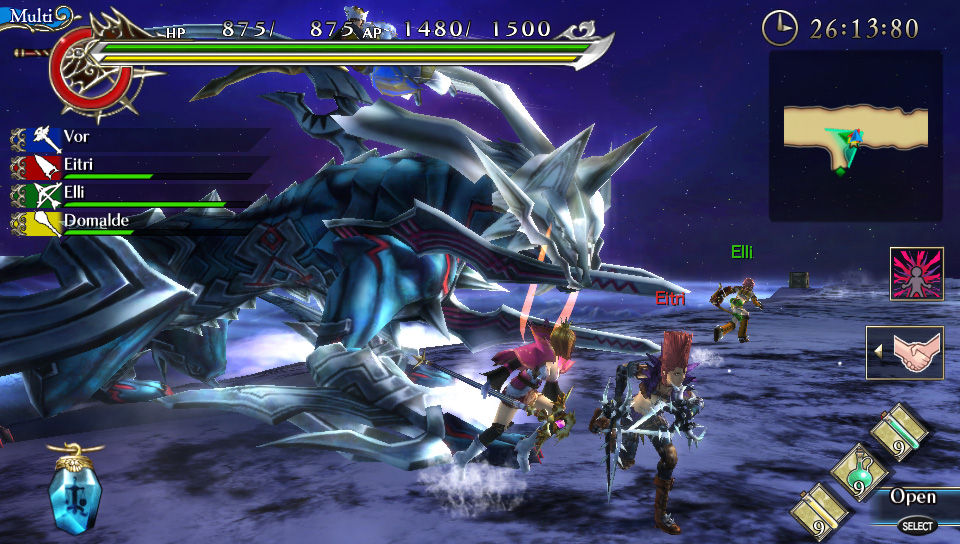 Since the language is so restricted the typical greeting is “Hey”.  There are some short cuts for common expressions like Sorry, Congrats, Nice job, Way to go and Good bye.  There is no voice acting but the sound effects and background music is well done.  You can buy and customize the music you listen to in the tavern and in your room.

If I were to summarize this game in one word it would be “customizable”.  The potential power of your character is amazing if you’re willing to farm and buff up your outfit and weapons to the max.  I never bothered doing so, but was always able to tell who did.

I wish I knew how much time I spent on this game, but it has to be over twenty or thirty hours.  Even after you beat the main story, there are over twenty additional quests that you can complete to make your character or weapon even more powerful.  With the random attributes, there may be a better one around the corner.

If you’re looking for an MMO or an RPG experience on the Vita without the monthly fee, I highly recommend Ragnarok Odyssey.  While the story and quests are mediocre, the epic battles and online experience smooth over its short comings.  I’ve seen this game as low as $34.99 and it’s available in digital and physical formats.  Given the gameplay potential, I think this game is well worth the entry fee.  Like most RPG games, there are some moral issues to take into consideration before buying it.