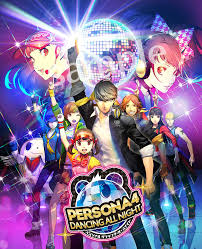 Persona 4: Dancing All Night takes place in the Persona 4 universe with the same characters from the series.  Rise, the idol, is launching a comeback tour and has a big gig planned at the upcoming "Love Meets Bonds" festival.  Besides the awkward name, this festival has a shady past with its connection with an idol that committed suicide ten years ago.  The promotional video on the festival's website brings a new meaning to drawing in an audience.  When viewers watch the video at midnight, they get taken into the video's world and their bodies are left behind in a coma state.

Rise and her friends, Yu, Yoseke, Chie, Yukiko, Kanji, Naoto, Teddie, Kananmi, and Nanako get involved in the disappearances when some of the other idols performing at the festival are found to be missing.  Rumors about this mysterious video are spreading and the Persona 4 clan jump into the video world to get to the bottom of it and save all of the people who have been taken in and deceived.

Unlike other Persona games, violence is not tolerated in this other world.  Instead, the characters must dance with all of their emotions to make a true bond with these people to set them free.  At the end of their dance, the persona is summoned and plays an instrument instead of attacking. 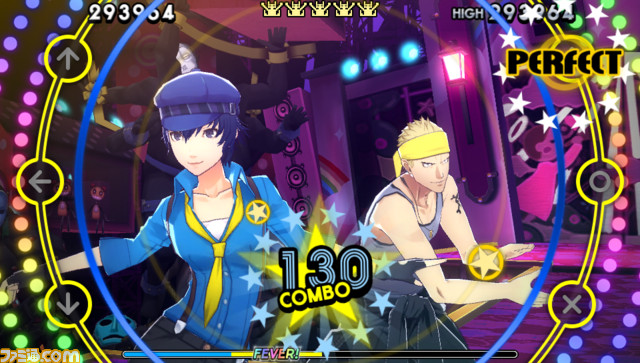 Surprisingly, the dance moves do not utilize the Vita's touch screen; because of that, Persona 4: Dancing All Night is PS TV compatible.  Dancing in this game utilizes the D-pad on the left hand side and the buttons on the right hand side to press accordingly when the flying notes line up with the markers on both sides of the Vita's screen.  Some of the notes will stretch across the screen and buttons on both sides of the device will have to pressed simultaneously.  There are green stretchy notes where need you to hold the button down until it goes away.  Last but not least, there are blue and multi-colored circles that will encompass all of the button areas and when those appear the analog sticks must be pressed.  While missing the blue circles is not critical, the multi-colored circles are for enabling the fever mode which boosts the audience's morale and often brings a dance partner on the screen to dance with.

The character development and voice acting is phenomenal and most of the characters are likeable with some of them coming off as obnoxious or weird.  The dance instructor is very open about his homosexuality. Also, Teddie makes some strange comments and offers to marry Yu which he brushes off right away.  While there is a fair amount of dancing to do with the close to thirty songs available, most of my eight hour journey was spent reading the text in this visual novel style game. 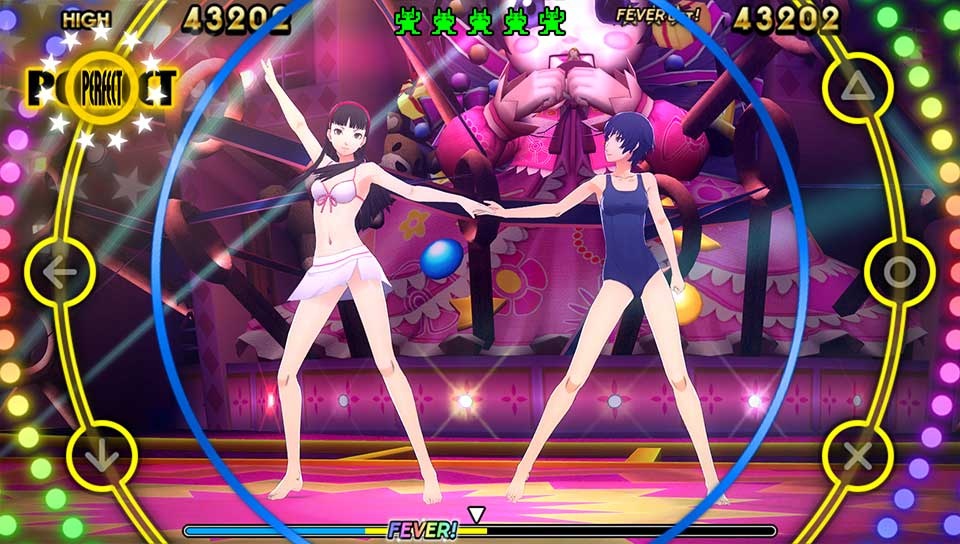 The 2D graphics are well done and look beautiful on my Vita's colorful OLED screen.  There are some DLC songs available and those songs have some nice animations or live concert performances.  In the Free Dance mode of the game you can unlock and customize the dancers and their partners.  Their outfits can be silly like maids, butlers, reindeers and swimsuit wear.  I cracked up when Rise said "Alright, I can do some fan service" when I had her wear a belly dancer outfit.

Besides sexy outfits there are a few other moral issues worth noting.  Some of the dancers can be seen smoking if you put them in certain outfits.  I noticed the brand placement as well with the ability to put Denon headphones on the characters.  There is a lot of swearing in this game.  Pretty much every word but the F bomb is used.  Despite the lack of violence in the alternate world, there are some violent scenes in the game.

If you enjoy Persona and rhythm games, Persona 4: Dancing All Night is a no brainer.  Even though I'm new to the series, I still enjoyed playing this game.  Persona 4 Dancing All Night is as fun as it is short though.  While most Vita games retail for $40, this title has a $50 standard edition and an $80 Disco Fever Collector's Edition.  As cool as the collector's edition is, I would wait on a sale to buy either of them.