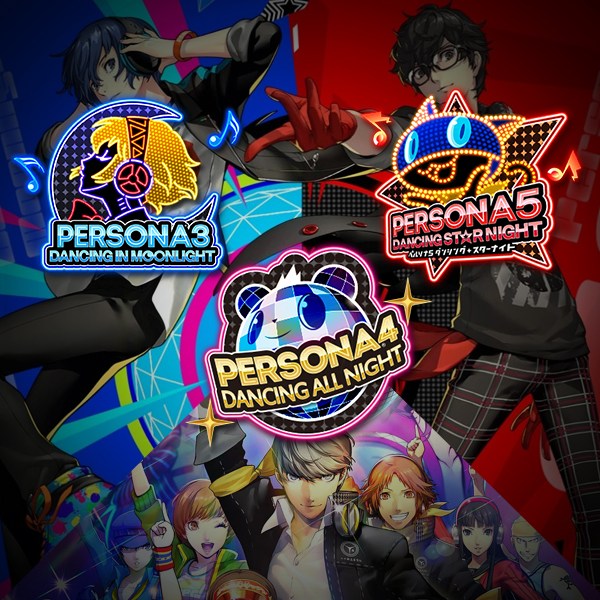 Thank you Atlus for sending us the Dancing Collection to review!

In 2017, I reviewed Persona 5, and despite some reservations (particularly around appropriateness), I came to really love the cast, and was sad to see the game end. My wife also reviewed Persona 4: Dancing All Night, so I thought this might be a good opportunity to check out what seemed to be a pretty strange series, but one clearly popular enough for them to do this again. (I played both Persona 5: Dancing in Starlight and Persona 3: Dancing in Moonlight, but they are remarkably similar, other than different characters, song lists, and aesthetics. The mechanics are identical, so this review will be mainly focusing on Persona 5: Dancing in Starlight, as I played much more of that one, since I haven’t played Persona 3 at all, and am far less familiar with the characters.)

When you start the game, you quickly find yourself surrounded by your friends (the Phantom Thieves, in the case of P5D) and you see Justine and Caroline in front of you. It is here that you learn that the twins are competing with their older sister (in this case Elizabeth from Persona 3: Dancing in Moonlight) to see which team ends up having the better dancers. This is mostly to settle some personal wager between the sisters. It is with this meager justification that they convince your team to dance the night away. It also helps that this is a dream, so you will forget everything when you wake up, and there is no time limit, so you have nothing to lose (or gain).

As you can see, the story is really, really flimsy. From what I saw, Persona 4: Dancing All Night had an actual story mode that brought some character growth and depth to the P4 characters; that’s not really the case here. The Persona 5 (and 3) cast is charming, so having more chances to interact with them, and having conversations with them, is still interesting. You do get to learn more about each character if you grind through all of the requirements to unlock each social interaction. 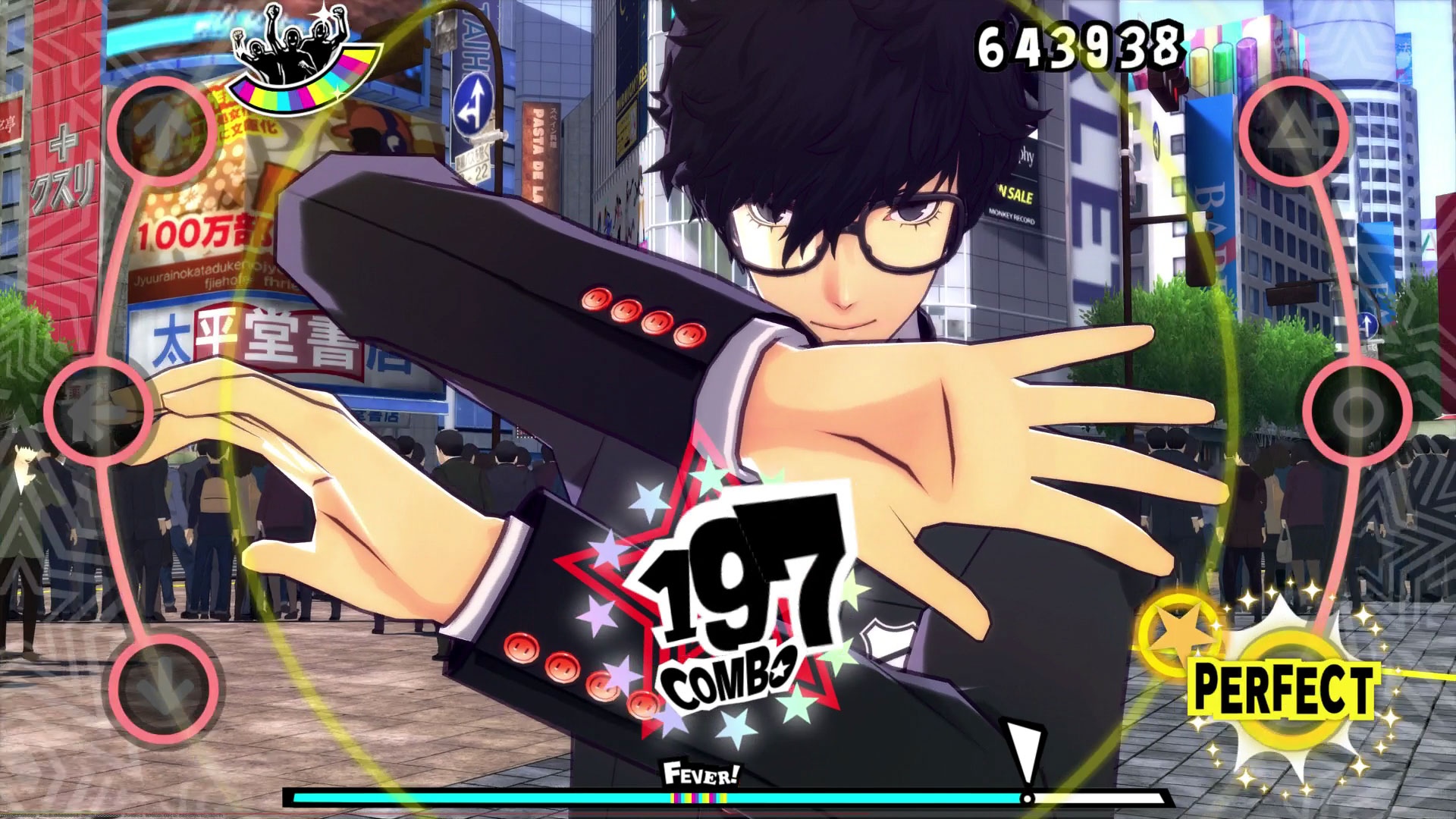 Strong Points: More time with your favorite Persona characters; fun rhythm game; looks and sounds great; nice homage to the excellent Persona themes from the main games
Weak Points: No story mode this time; really not all that much content (unless you get the bundle); best only for fans of the games, or hardcore rhythm game lovers, as there isn’t much to keep you going otherwise; PS VR mode is mostly worthless
Moral Warnings: Some backgrounds have blood in them; several skin-tight outfits, including with cleavage; curse words used, including ‘d*mn’, ‘p*ss*d’, ‘sh*t’, ‘*ss’, and ‘h*ll’; some suggestive dialogue

The way it works is that there are twenty-five songs to play, which you unlock as you dance and complete more songs. In the process of dancing, you can also unlock outfits, accessories, or even things like eye colors as you play. As you unlock more, or have more success in the actual dancing, this leads to various character conversations being unlocked as well. These conversations play out in a simple visual-novel style, and are certainly one of the highlights of the game if you are looking to get more insight into your favorite characters.

Dancing itself is based around a simple (but challenging) rhythm game where you press one of six buttons that map to the outside buttons on the controller, in this case X, O, triangle, down, left, and up. You can also use the analog sticks (or L/R, if you enable the option) to scratch, which is used when rings pass through the activation area to improve your combo or increase that hype meter. In order to complete a stage, you have to avoid mistakes as much as you can, while keeping that meter high. If you let it drop too much, you may fail, and have to try it again. Sadly, I had no idea I failed on several attempts, but had to start over from scratch. I would prefer it if the game failed you out, so you could spend the time starting over instead.

It’s a good thing the rhythm game itself is actually quite fun, because if you want to see everything, you will probably be doing it a lot. Rather than a more typical ‘make sure to complete every song at the normal difficulty once to see the story through’ like most games, this one expects you to keep grinding, and completing each song on multiple difficulties (of which there are at least four) in order to unlock more and more. Some of the characters’ story arcs are particularly difficult to unlock, as they require things like a certain number of ‘Brilliant’ song completions, which can take quite a bit of practice to get. All rhythm games are grindy to some extent, but this one surprised me on how much it requires to see most of the story. So on the one hand, you will have likely played all of the songs in a few hours, but if you want to see all of the conversation arcs, that will take much, much longer. 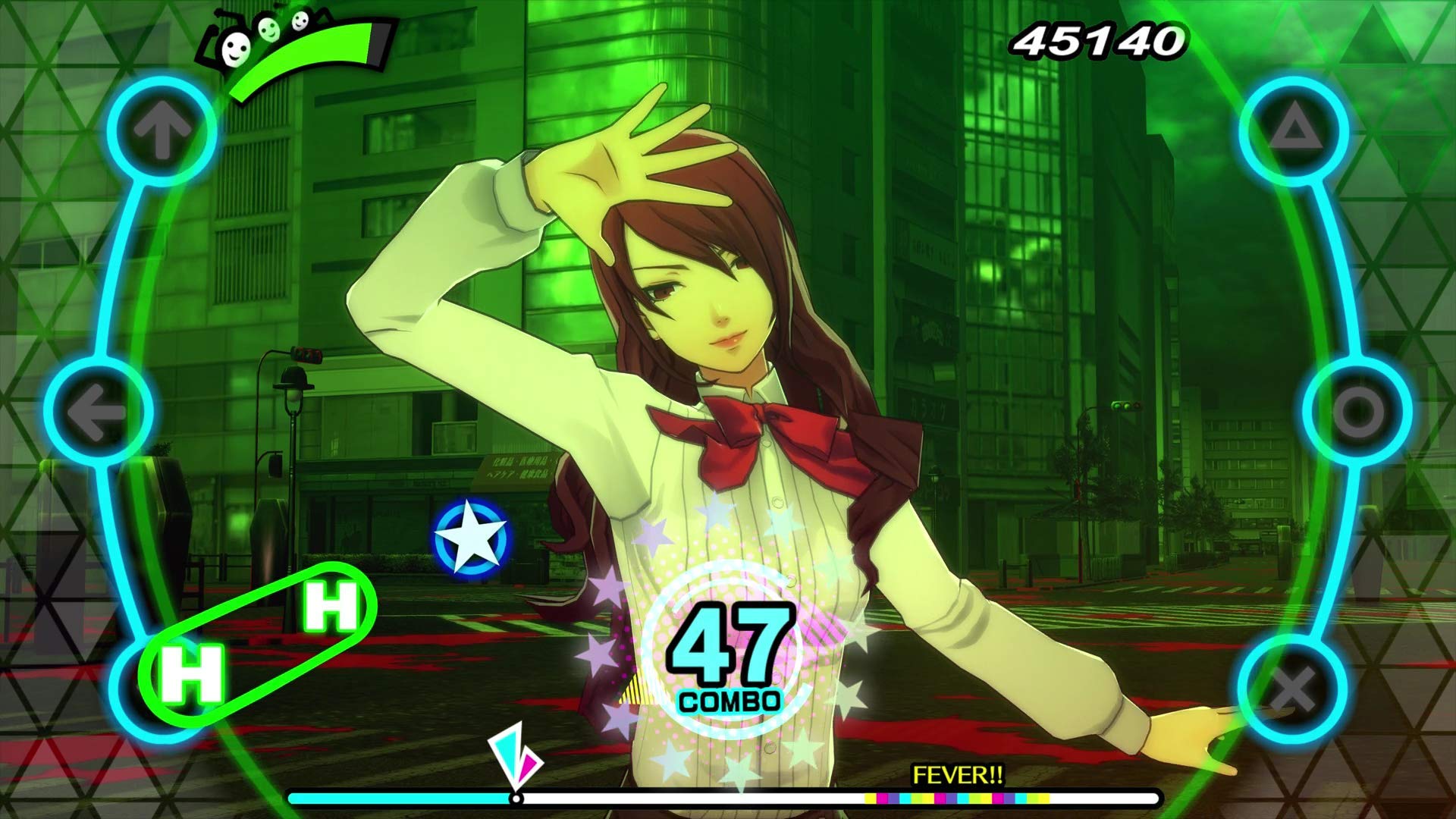 That is probably my biggest complaint with these games. The content is all good, as the songs are good, but it’s really barebones. You’re given a really weak reason to dance, do some dancing, and do some more dancing. Sometimes you can dress up the characters, or talk to them a bit more, but overall I felt a giant ‘That’s it?’ after having played for a while. It’s not that it’s bad, it’s just... not a lot to it. The PS VR mode is even more pathetic. You can watch the characters stand there and pose wearing whatever costume or accessories that you have unlocked... and that’s it. Don’t bother.

From an appropriateness standpoint, there is some blood, though not common. Some of the background scenes have it, and apparently an outfit as well. (I haven’t unlocked that one, or didn’t notice it.) Most common curse words are heard spoken by the characters, outside of the ‘F’ word. I noted ‘d*mn’, ‘p*ss*d’, ‘sh*t’, ‘*ss’, and ‘h*ll’. Several of the outfits are quite revealing, including lots of skin and cleavage. Another shirt said ‘ZOMG’ on it. Some of the dialogue is suggestive, including calling another dancer sexy, and mentions of dirty mags under the bed.

The Persona Dancing series, and in particular, the Persona 5: Dancing in Starlight and Persona 3: Dancing in Moonlight, are niche games for a niche audience. If you are a hardcore Persona fan, I’m sure you will get some enjoyment out of these games. If you really like rhythm games, these are well done. I’m just not sure that the package justifies the cost. The Endless Night Collection, which includes Persona Dancing 3, 4, and 5, is a fair bit better value than buying them individually, and may be worth considering. These games are fun, but just a bit pricey, and the collection helps with that somewhat. If you are already a fan of Persona and rhythm games, then I can see it being worth it (or just wait for a good sale). Of course, as always, consider the moral content (including the source material!) of these games.