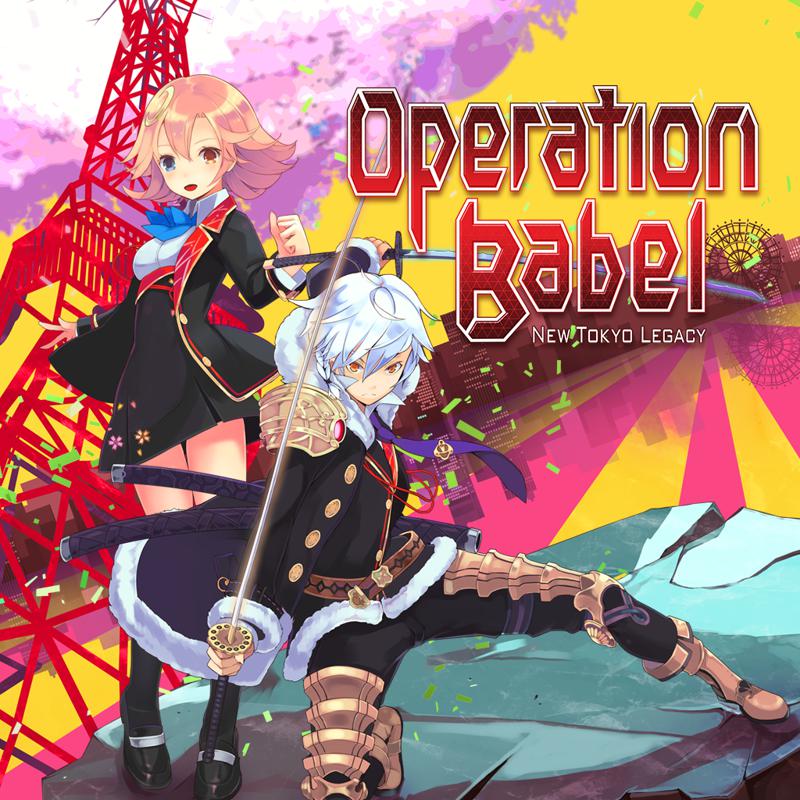 Normally I’m pro-life, but in Operation Babel: New Tokyo Legacy there’s a giant alien embryo floating in the atmosphere and its goal is to destroy our planet. This alien life form must be stopped if we want to survive. Other squads have tried to infiltrate the embryo and failed; now it’s up to your squad, Babyl Company, to save humanity.

Your squad consists of six characters that you can customize or stick with the game’s defaults in the basic mode. I played through with the basic party and was happy with the default character classes and abilities. One of my party members had a knack for detecting hidden doors and items throughout the dungeons. Two of my squad members were experts at disarming traps that were left behind from conquered foes. I had stronger characters for physical attacks and smarter characters who used magic for healing and attacking the many foes that we faced.

Of course in order to have a party member be good at any skill, they’ll need their attribute points spent wisely when they level up. You can spend points increasing a squad member’s strength, wisdom, spirit, physical, speed, and luck. Besides the character’s main abilities, you can infuse them with the blood of a legendary hero from the past to give them some new ones! There is blood available from Florence Nightingale, Leonardo da Vinci, Jeanne d’Arc, Genghis Khan as well as some Japanese war heroes.

The headquarters is where you’ll get to see current missions, heal up and recharge magic points in the medical center, purchase/tweak equipment, and recruit more team members if need be. Sadly, I experienced a failed medical treatment while trying to revive a dying squad member and had to replace him with a new recruit. It was such a formidable foe that I’d rather retrain a character than fight it again.  In the medical center, you can purchase experience/growth points with in-game currency. 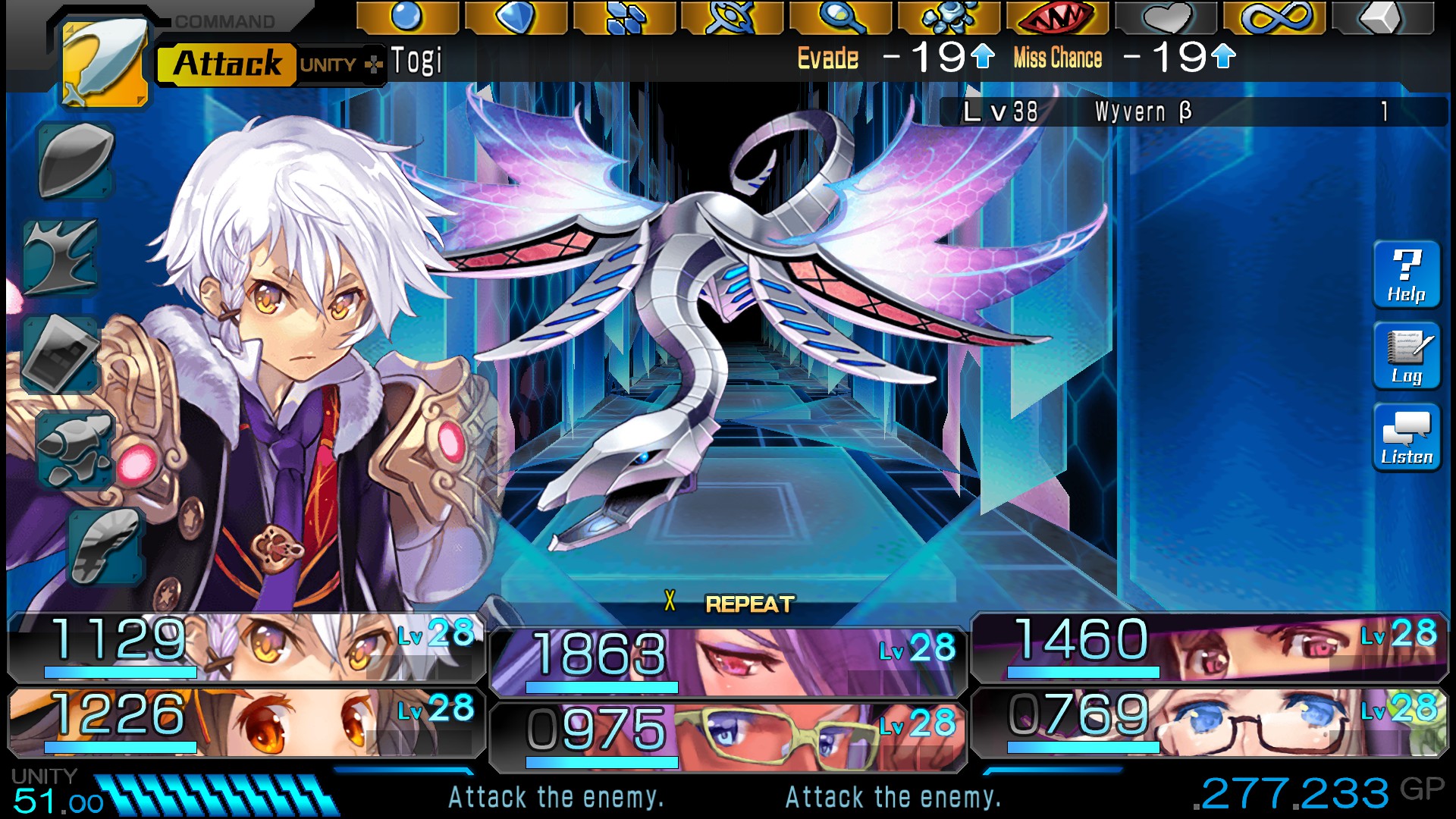 Each squad member can equip weapons, armor, and accessories compatible with their personality, blood type, and profession. My replacement party member equipped an accessory that bypassed the level requirement to allow him to wear the higher-level equipment of the recently deceased squad member. There are also accessories that raise or lower enemy variant levels for a greater or lesser challenge. The higher the enemy level, the better loot you may get.

In this futuristic world, many resources are in limited supply. While you can buy unlimited tools that enable your party to float (allows you to cross deep waters or avoid shock floors) or map dungeons that don’t map automatically, other handy tools like revivals and power recorders (allows you to save inside of dungeons) are in short supply. Materials for upgrading and boosting weapons and armor are scarce as well. If you come across decent equipment, you can strip them for resources to make the tools that you need.

In the beginning, your squad will be sent to various locations to investigate unusual disappearances and outbreaks of monsters/variants. Later on in the game you’ll have to take out seven bosses that are aiding the embryo in the destruction of our planet. While you’re tackling these urgent missions, wanted variants will show up and your team can completed these contracts of tougher than normal enemies for cash and a power recorder which is very handy.

There’s a wide variety in enemies and they range from dinosaurs, killer whales, ogres, goblins, multi-racial zombies, and more. I have played many games with zombies in them, but having them categorized as African, Anglo, and Asian is new for me. The bosses are formidable and have some nasty tricks up their sleeves. Sometimes a party member can be struck with exhaustion which will lower their stats until they go on vacation in the medical center. Other times they can be temporarily removed from the party only to return with half of their health. My least favorite attacks are the critical hits which can knock out a party member in one hit no matter how much health they had. Revival items are in low supply so save them for higher-level boss battles. 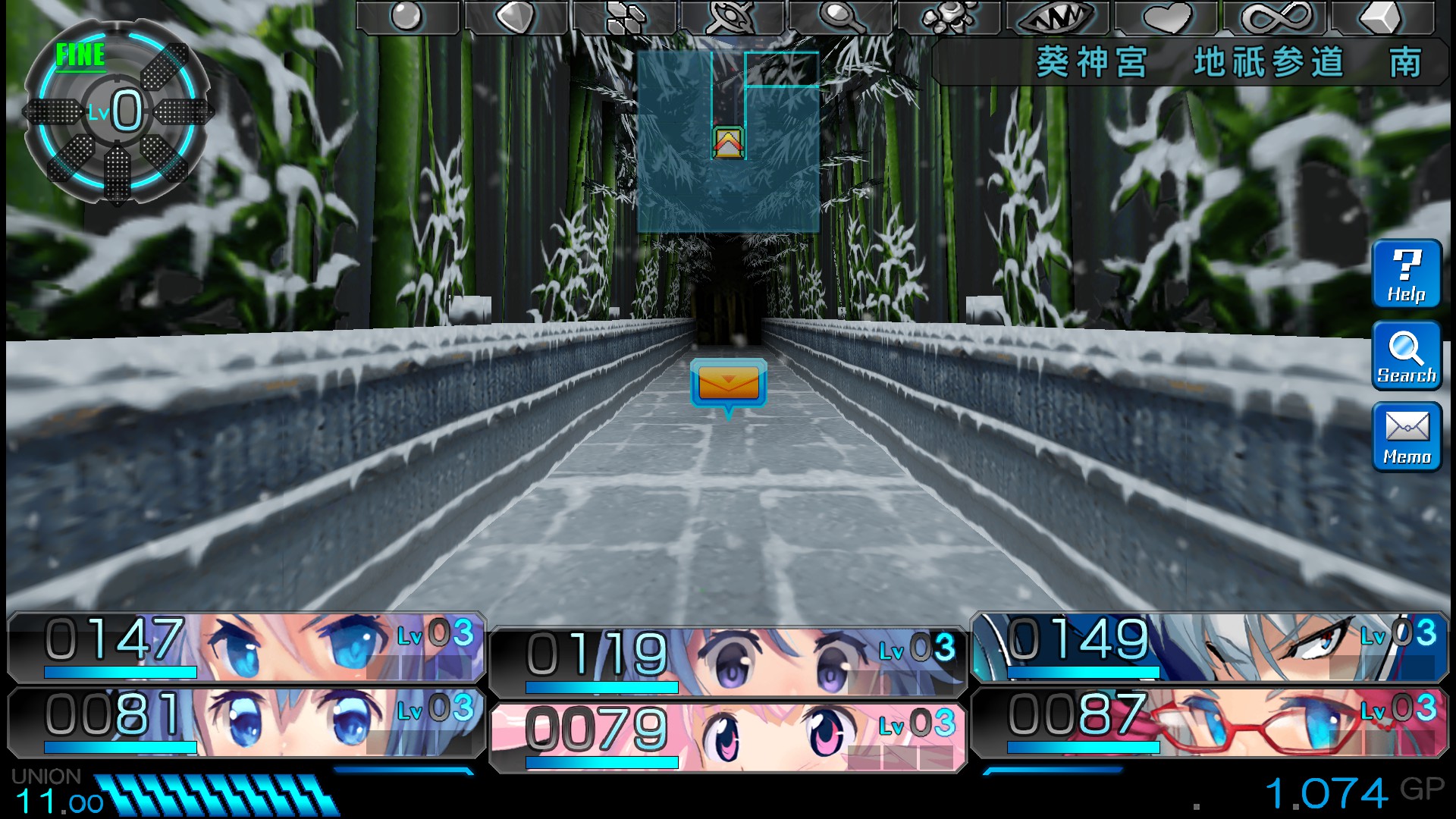 To counter some of these attacks you can have your magic users cast protection spells to block physical or magical attacks. There are also spells for raising defense in general. Some of the spells are stackable while others are only good for one round. Each squad member also has skills they acquire as they level up. One of my fighters has the ability to take all the damage for a round which is quite helpful. Another skill is "evil eye" which lets you see the enemy’s health bar.

One ability that I didn’t utilize until later in the game is the unity skills. As the squad fights together they will fill up the unity gauge and once it has a sufficient amount, it can unlock some helpful skills. You only need one unity point to escape a battle with a 100% success rate. Another helpful ability is the magical barrier which will block attacks for a limited time. Another unity ability is to do a powerful and coordinated group attack. The more you use the unity skills, the more unity points you’ll have at your disposal.

The dungeons have a fair amount of diversity and some tricky puzzles in them. There are many locked doors which need to be opened via levers found elsewhere in the labyrinths. One of the dungeons required collecting several orbs and making them into a key back at headquarters. Thankfully, there is helpful Steam walkthrough (http://steamcommunity.com/sharedfiles/filedetails/?id=965782796) available to help people like me who found all of the orbs but one.

I like how the game has an auto walk feature that will automatically plot a course and send your party to a place that you’ve already explored on the map. Of course, your party will probably encounter several random battles along the way. Another handy spell is the Call Portal which will warp your party to a previously visited spot without the walking and battles. Not surprisingly, there are some dungeon floor tiles that will prevent you from casting spells and when you’re in the embryo, warping to and from is prohibited.

All in all, Operation Babel: New Tokyo Legacy is a challenging, but fun dungeon crawler that will entertain you for thirty or more hours. Like many RPGs, expect to spend many of those hours grinding to become strong enough to take down the challenging wanted variants and bosses. This game earns its mature rating for language, violence, and gruesome death scenes. It's kind of humorous when the enemies cuss you out as you defeat them. Some of the missions have missing people and you don’t always find them alive, and in those cases their remains are not intact. On a lighter note one of the stereotypical detectives is a chain smoker and your director cracks a sexual joke at a really awkward time. Last but not least, some of the female characters and monsters wear some revealing clothing.

If you enjoy dungeon crawler RPGs, Operation Babel: New Tokyo Legacy is worth looking into. It ran great on my Vita and is perfect for pickup and play as well as long grinding sessions. The visuals are nice (when they’re not gory) and the Japanese voice acting is well done. While this game isn’t suitable for young people, it’s a worthy addition for an adult’s Steam or PSN library.