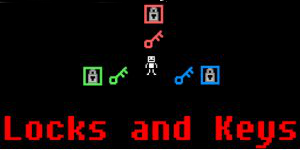 Thank you TozSoftware for sending us this game to review!

Locks and Keys brought back memories of my Atari 2600 from my childhood.  The retro graphics and chip tunes background music is very simple as is the goal of each level.  Your character, Mr. White, must find his way to the treasure in each maze.  Many of the paths are locked and you must use the properly colored key to get past it.

The eight tutorials will show the basic movements, obstacles, time restraints and power ups available.  To move Mr. White you have to swipe the direction that you want him to go.  This works for the most part but making tight turns in an open area can be a bit of a challenge at times.  This is especially frustrating when the timer is running down instead of calculating the total time spent in the maze. 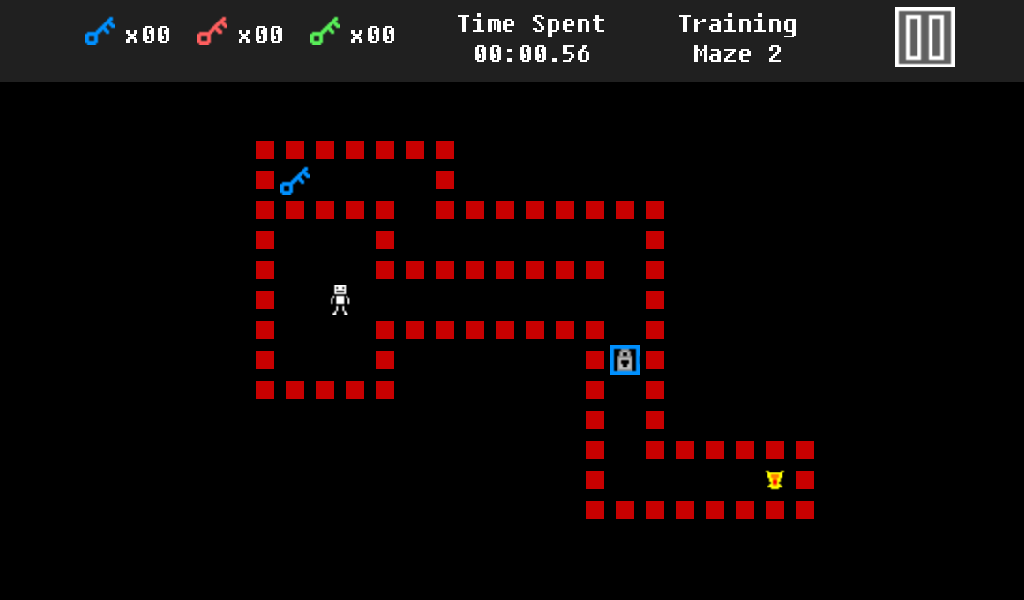 Strong Points: Challenging mazes
Weak Points: Less than twenty levels including the tutorials; this game was a little too retro for my tastes and has repetitive chiptune background music
Moral Warnings: There is a ghost that taunts you for taking his treasure from the labyrinths

Of the ten playable levels only a couple of them had time limits.  The timed tutorial levels were much more generous in the time given than the real mazes.  The levels rank you by how long it took to reach the treasure.  Depending on your speed you can earn between one to three asterisks (low res graphics so they are not really stars).

To help you make better times there are shoe power-ups that will briefly boost your movement speed.  Some levels have lock removers which is nice.  The mazes are really well thought out and can keep you occupied for a few minutes apiece.  Some are much shorter, especially after you discover the phony paths.  Since the levels are not randomly generated, you can restart a maze to get a better rating after you figure out the optimal path. 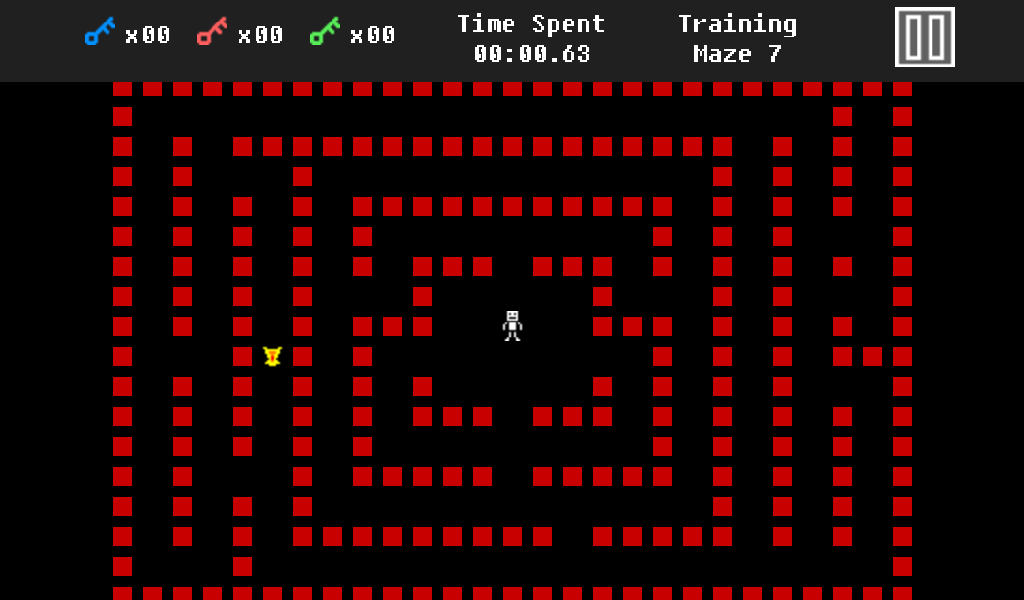 The mazes do get trickier as you progress in the game.  There are fake walls that appear to be paths until you try to pass through them.  These phony paths will show their true colors at regular intervals so  you'll have to take note and avoid them.  The last level dims the lights the majority of the time which makes it incredibly hard to memorize your way though.  Fortunately in the level the clock is ticking up instead of down.

If you like mazes you may enjoy this game.  The graphics and sound certainly won't blow you away.  If you're not a fan of the background music, you can disable it in the game options.  Currently there are not many mazes available now, but it looks like TozSoftware plans on releasing expansions for Locks and Keys. While the game won't keep you occupied for long, the asking price is a reasonable ninety-nine cents.