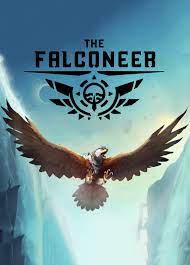 Thank you Wired Productions for sending us a review code!

The Great Ursee is a world covered in water and the few fragments of land are homes to factions at war with each other. War is waged by air and by sea. Giant falcon warbirds are pretty common, but you’ll also come across dragons, big bugs, and stingrays in the skies too. Later in the game, you can unlock other creatures, but in the beginning, you’ll be limited to a falcon.

The single-player campaign is broken down into five chapters with multiple quests in each one. Through the overarching story you’ll play as different pilots and factions. You get to choose your pilot’s backstory and falcon. The warbirds have various stats including health, agility, and speed. At your home base, you can buy weapons and mutagens to increase your bird’s attack power and modify its stats.

As you fly around the world map during missions or for fun, you’ll discover landmarks, shrines, and various settlements. You won’t be able to land at enemy factions, but the friendly ones won’t mind trading with you as long as you have the proper permits in your possession.

Money is required for upgrades and maintaining your weapons. On the back of your falcon are jars that hold electricity gathered from thunderstorms. As long as the jars are not empty, you’ll be able to shoot down aerial enemies. Boats can be taken down by projectiles or by dropping mines that are conveniently located near battlegrounds. The weapon jars can last a while as long as you don’t lose them in battle. I often arrived back home missing a jar or two though.

To earn money you can complete story missions, side jobs, or compete in races. To get an edge in racing and through the missions, be sure to fly up high and catch a ride on the jet streams. While the main story is intriguing, I found the missions to be formulaic and rather boring as a result. Most of the missions have you rendezvous with a warship, attack an enemy base, and then return home. Rinse and repeat. Occasionally you have a delivery quest which makes the aerial combat a bit more challenging with your restricted movements. Thankfully, if you drop the item on purpose or by accident it’s marked on your mini-map for easy tracking to retrieve it. As long as you're able to locate and grab the package again, there is no penalty for dropping it. One mission required me to disable a ship and not fully destroy it; finishing it off resulted in a failure. The final mission was different from the rest by requiring your falcon to not be detected by the enemy. 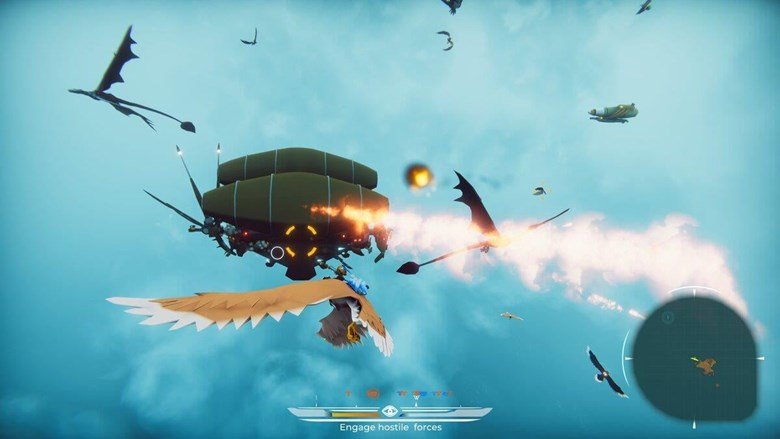 Visually, this game is beautiful. Sure the world is dreary and hopeless, but flying through the skies at different times of the day and night and through storms is quite breathtaking. If you enjoy exploring and checking out the scenery, be sure to check out the photo mode that lets you add depth of field effects to your action shots.

The audio is well done as well with full narration and voice acting. The background music goes well with the themes of the various factions, gods, and goddesses. The sound effects during battle are fitting as well. The falcon will screech when shot and some blood will spray out of it.

Along with aerial combat and violence there are some other moral concerns to address. There is some mild language including words like d*mn and p*ss. The story is told through soul shards collected from fallen fighters and these shards are used for resurrection/reincarnation.

If you enjoy beautiful visuals and aerial combat, The Falconeer is worth checking out. Though the story is interesting, it takes a lot of repetitive missions and battles to get through it.