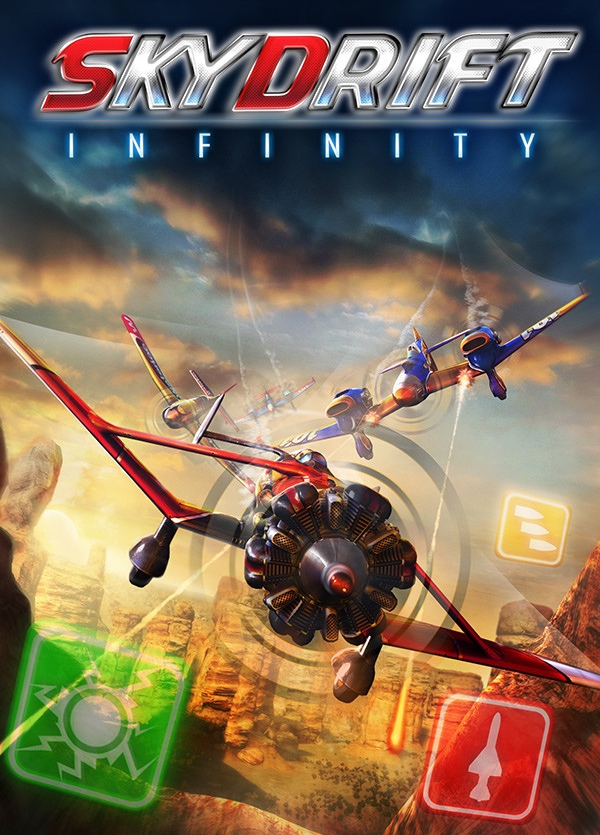 Thank you Handy Games for sending us a review code!

Skydrift Infinity is a follow-up to 2011’s Skydrift which has positive reviews on Steam. I haven’t played the original game so I can’t compare this one against it. As of this review, it’s 80% off on Steam and is worth checking out for a couple of dollars. Both titles play like kart racing games where you’ll be flying through various tracks gathering power-ups to use against your opponents.

Upon launching this game you’ll be given the option of playing through the campaign, multiplayer, or local or multiplayer. The campaign starts you off with a tutorial that will teach you the basics on how to accelerate, brake, boost, and knife-edge/tilt your plane to squeeze through narrow gaps. There’s not much of an explanation of the power-ups so you’ll have to experiment and figure them out on your own.

You can equip shields, restore damage, fire bullets, or a rocket at your foes. There also seems to be an electromagnetic force field option too. In the event that you die, the game is pretty generous in letting you respawn quickly. You can hold a power-up in reserve, but unless you’re in first place, you should use them quickly as the power-ups are plentiful.

Temporary speed boosts are helpful and can be recharged by using power-ups, doing stunts, defending yourself, hugging the ground, and destroying other planes. The speed boost gauge is on the lower-right hand side of your screen.

The single-player campaign is broken down into seven stages with several races within each one. You can expect to go through some of the same tracks forwards and backwards along with seeing different game modes.

I like the amount of variety in the game modes. Along with the Power Race mode that revolves around power-ups you can fly through speed boosting hoops in Speed Race, and avoid being eliminated if you’re in last place in Survivor. Multiplayer also offers Deathmatch and Team Deathmatch modes. 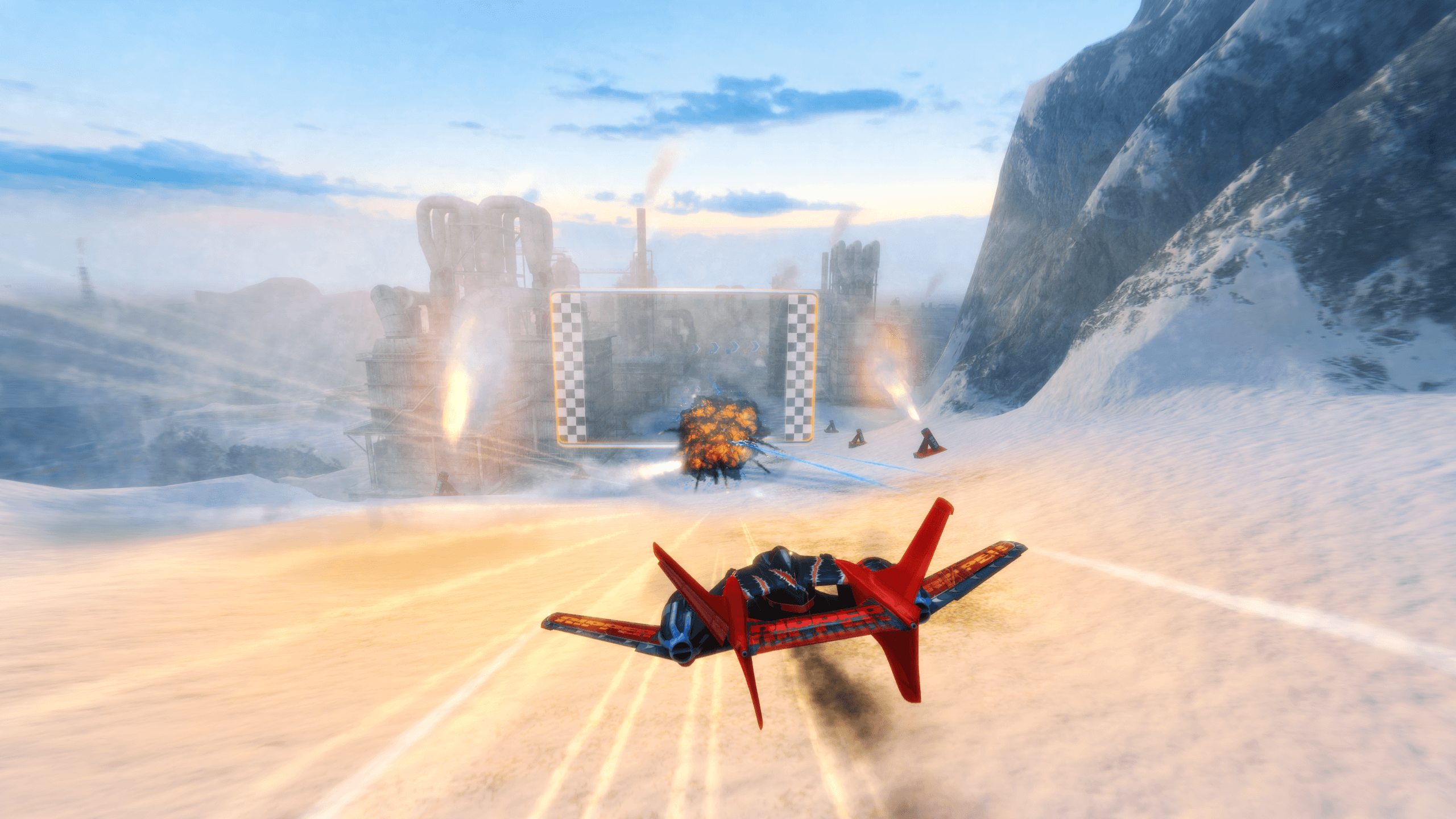 As you place decently in the races, you’ll unlock new planes and paint jobs for them. Each plane has various stats to take into consideration including speed, boost power, acceleration, maneuverability, and armor. You can select your plane before each race.

If you’re looking for online multiplayer, I’m sorry to say that it’s dead. I have tried finding matches online during the weekend with no success. If you have friends or family to play with, the split screen local multiplayer is fun.

Morally, there’s little to complain about. If you want to have a shot at winning you’ll have to use power-ups to eliminate your foes one way or the other. You could play without being aggressive, but it won’t stop the bots from taking aim at your aircraft.

If you don’t mind the lack of online multiplayer, Skydrift Infinity is worth looking into. The bots are plenty challenging in single-player and local multiplayer games. The asking price is reasonable and is sure to entertain anyone who enjoys kart racing games.