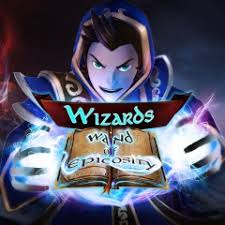 Thank you Tobuscus Game Studios for sending us a review code!

I must admit that I wasn’t familiar with the YouTubers Toby Turner (Tobuscus) and Gabe Hohreiter (Gabuscus) until playing this game. Their characters are funny and the animated cutscenes are well-drawn and entertaining. They have a popular animated series and in 2015 they successfully crowdfunded Tobuscus Adventures: Wizards which arrived on mobile platforms. I can’t seem to find it on Google play anymore so I’m guessing Wizards: Wand of Epicosity is the PC and console replacement.

This tower defense game begins with Tobuscus and Gabuscus (with a pause) running away from a horde of zombies. They arrive at a tower in the middle of the field and the wizard inside of it decides to help them out. Unfortunately, that turns out to be a funny but fatal mistake for him. In his ghostly state, the wizard does not hold a grudge and still assists Tobuscus and Gabuscus in their battle against the undead.

Given the micro-transactions, references to using strokes for attacks, and the ability to earn between one and three stars at the end of each level, this game appears to be a mobile port. For a $20 title, it’s a shame that the micro-transactions are still present. The gamepad controls are a little clunky at times, but functional. I would have liked trying the swipe controls, but it’s not possible if the game is no longer available on Google Play. Maybe they work with touchscreen laptops? I can’t say since this review is based on the Xbox One version.

Your goal in each level is to survive the waves of enemies coming from multiple directions. As you use spells and your wand, you’ll pick them off and hopefully earn stars. Eventually, an unbeatable monster will spawn and when that happens, you’ll want to cast your teleport spell to get your castle out of there before they get too close. The teleport spell takes ten seconds to cast but you can expedite it with in-game currency. If your castle is taking substantial damage, you’ll want to cast it ASAP.

There are many different enemies and they have various attacks to be aware of. You’ll often be notified when a powerful mage appears so you’ll want to focus on picking them off quickly. Many of the zombies are slow, but there are some suicidal ones that run to your castle and detonate themselves. Some mages are annoying with the ability to re-arrange and even remove spells from your menu. Having to re-map and re-quip your character can be frustrating. The spells are typically elemental with fire, lightning, ice, and wind attacks. The tornado spell is one of my favorites since it literally blows enemies off of the map.

There’s more to this game than spells. In order to gain an edge, you’ll want to visit the store and spend the in-game gold and gems you have accumulated through your battles. Some items are affordable while others cost several hundred thousand gold. Other items can only be purchased with lots of gems. Gems bundles can be purchased with real money and cost between $0.99 and $49.99.

The items in the store are broken down into different tabs specializing in items, fortifications, spells, and clothing. Having healing and mana potions will come in handy if you’re running low but there’s a limit on how many you can store. Naturally, you can pay to increase that limitation. Unlocking additional spell and item spots are also available for a price. Dog biscuits can be used to send out your dog, Gryphon, to attack some enemies on your behalf. Alternatively, you can shoot him out of your cannon if you have one available. 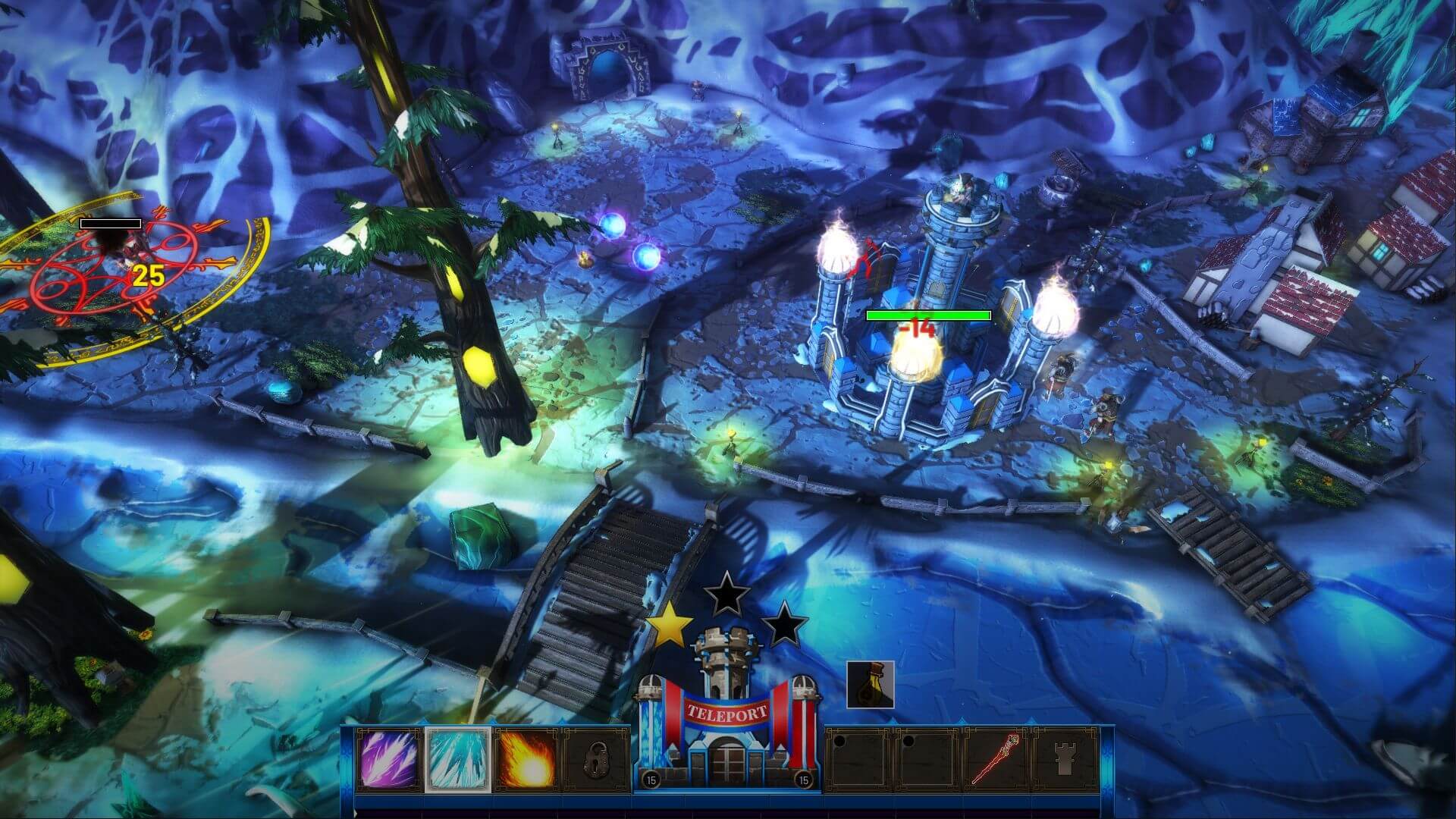 If you clothe Tobuscus with different robes, belts, and tabards you can boost his health, amount of damage dealt and increase his chance of critical hits. Some items offer a free first resurrection which is a nice feature since resurrections get more costly with each use. Upgrading the wand will increase the damage dealt too.

Additional spells like magic missile can also be purchased in the shop. In the beginning of the game, the spells are found in the battlefield. Though you do earn gold and gems in battle, their drop rate is rather low, especially for gems. There are items for sale that will increase that drop rate for you.

Visually, Wizards: Wand of Epicosity looks decent. I like the variety of levels with different elemental affinities. There are lava, ice, and forest based maps to spice things up. The spells look good and provide some eye candy when cast. I love the quality of the animated cut scenes; they’re always fun to watch. The voice acting and dialogue is top notch. There is some background music, but it’s drowned out by the spell casting sound effects.

Overall, Wizards: Wand of Epicosity is pretty clean and fun to play. There’s zombies and magic use and some mild language such as sissy baby. Gabuscus is the butt of some sexual humor because saying his name without the pause sounds funny. If you enjoy tower defense games and silly humor, this title is worth checking out. Just guard your wallet when it comes to the micro-transactions!