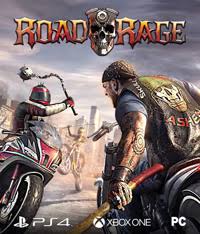 Thank you Maximum Games for sending us a review code!

The city of Ashen has been abandoned by the government and is left to its own devices. A wall has been built around the city to quarantine it from the rest of the nation. Nobody is safe as gangs rule the streets and paying for protection from them is very costly. You’re part of a small biker gang whose livelihood is made by taking on various jobs. After all of the protection and finder's fees are paid, there’s not much left for you.

Money earned in this game can go towards customizing and upgrading your motorcycle. Other drivers and weapons must first be unlocked by completing missions before you can purchase them. There are forty-two story based missions and fifty-six side missions to choose from. They are ranked by difficulty so you’ll know what you’re getting into before taking it on. 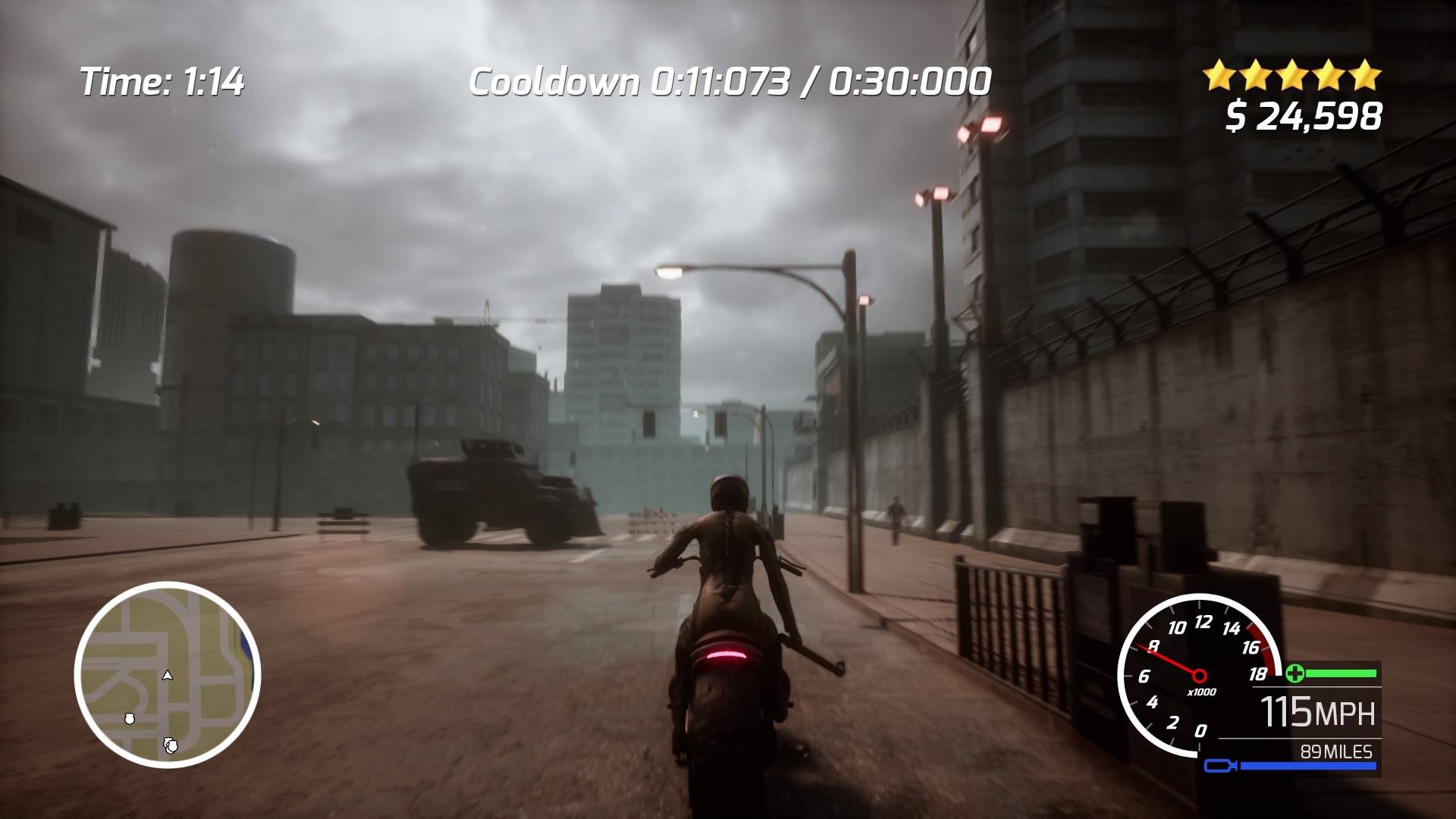 Strong Points: You can customize your motorcycle to your liking
Weak Points: Lackluster story, voice acting, visuals, gameplay; poor camera controls
Moral Warnings: A ton of language including the f-bomb; violence is encouraged; some skimpy outfits and sexual references

The missions vary from timed ones where you have to reach a certain amount of checkpoints before times runs out, to surviving elimination racing, to enduring a street brawl, to performing required stunts quickly. If you don’t feel like doing a mission, you can drive around the bland city with a handful of cars and people moving about. If you really want to get crazy, you can leave the city illegally and trigger a lackluster police chase that will send out two police cars and a set a bunch of road blocks that you can drive straight through without consequence. The Need for Speed police chases were so much more fun and exciting.

Sadly, Road Rage is a disappointment all around. Although the Unreal Engine is used, the visuals are very bland and unimpressive. The voice acting is horrible and the rock music in the background is forgettable. 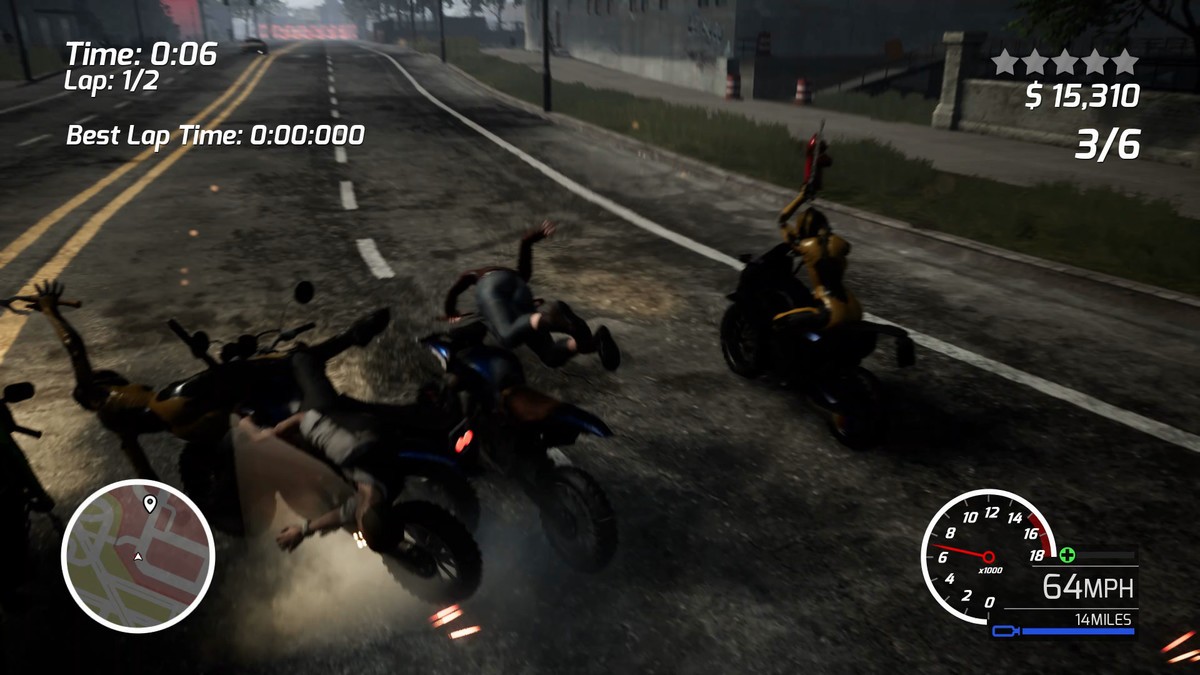 The controls are a mixed bag as acceleration and braking are easy enough to use (right vs. left triggers), but I couldn’t figure out how to do stunts. The controls menu didn’t explain how to do them either. Another annoyance is the camera, which would sometimes get in the way.

Morally, this game earns its mature rating with the foul language and f-bombs dropped. There are some billboards of women wearing skimpy outfits and there are some strip clubs around town. Some of the conversations have sexual undertones as well. Last but not least, is the violence, as your objective in some missions is to knock people off of their bikes by any means necessary.

At first, you start off with a wooden bat. Later on in the game you can unlock pipes, crowbars, swords, and even chainsaws. As fun as those weapons sound, the gameplay is just not enticing enough to enjoy them. Road Rage retails for $29.99, but I’d hold off for a sale before considering it.