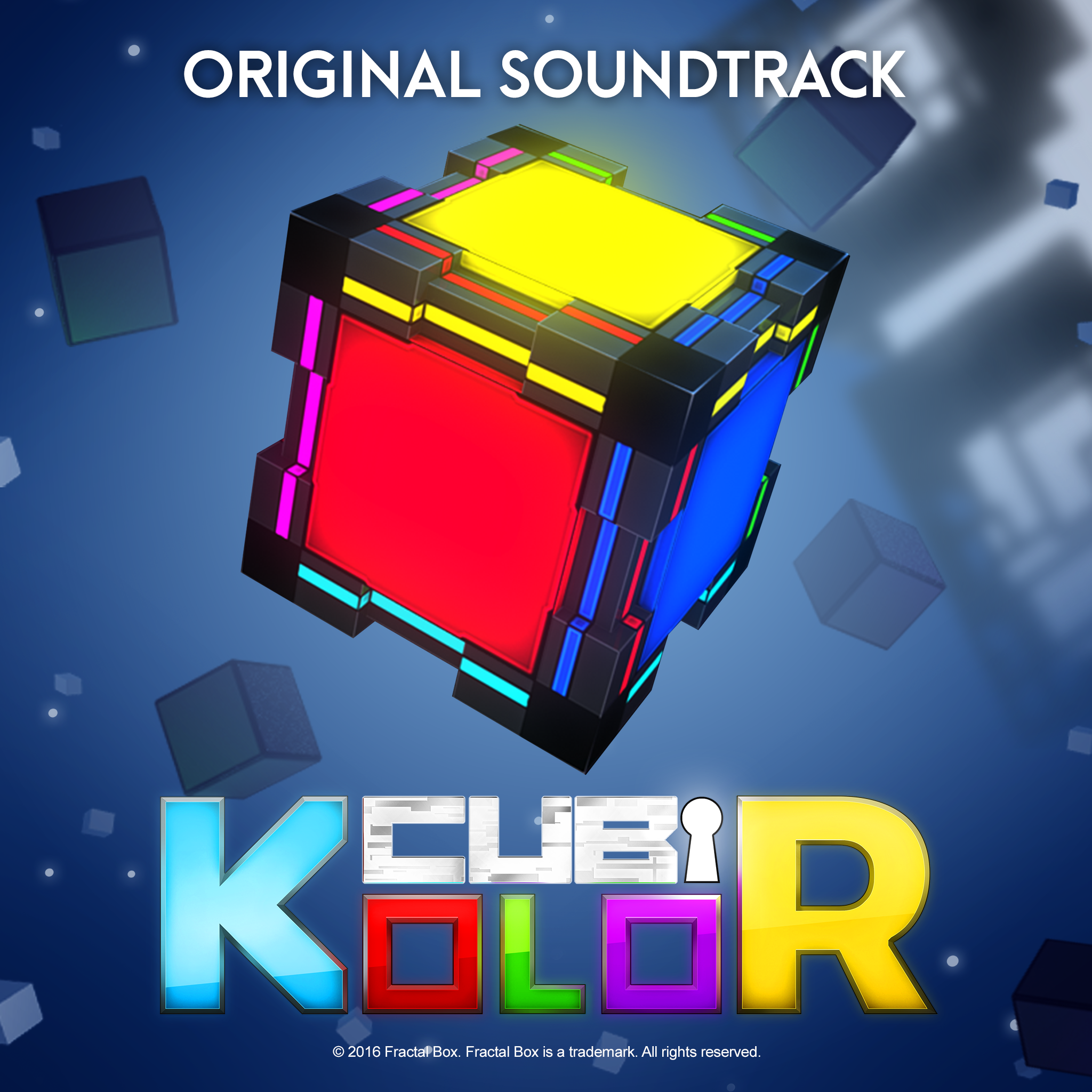 Thank you Moving Player for sending us this game to review!

A powerful machine is studying your every move and you must impress it by solving the puzzles and avoiding the traps it has placed before you.  There are one hundred and fifty levels and two game modes to master to earn this entity’s respect.

The premise is pretty simple: you must move your cube over to the locks to unlock the next level.  Each side of your cube is a different color and some of the spaces on the floor are colored.  If you line up the colors your cube will ascend up, but if the colors do not match, you will descend a layer. An error in judgement will trap your cube and you’ll either have to rewind your past few moves or restart the level entirely. 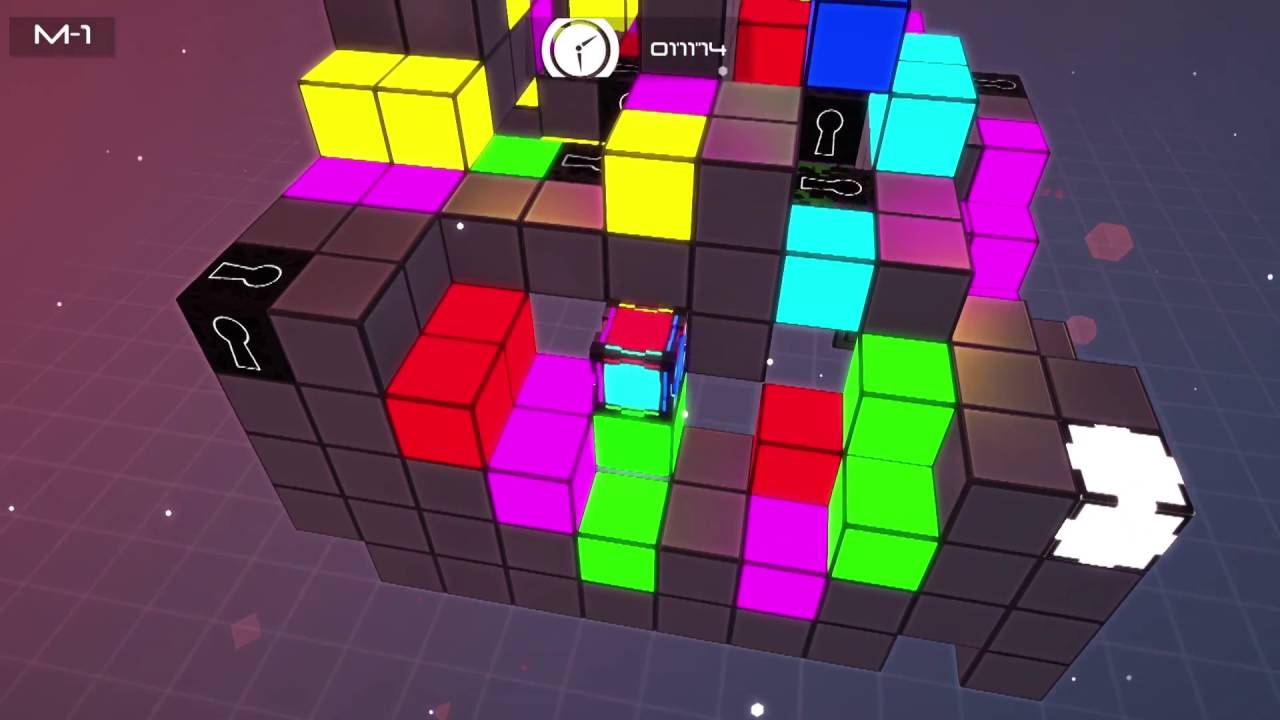 Strong Points: One hundred and fifty mind bending puzzles.
Weak Points: The difficulty may cause some to rage quit.
Moral Warnings: None!

While rewinding your mistakes is convenient, you are docked on your end level score and no longer eligible to receive a gold medal.  For that reason alone, I opted to restart the level every time.  Besides keeping track of mistakes, your final score takes into account how many moves were made and how long it took to take them.  If you’re the competitive type, you can compare your score against others online.

In the beginning of the game you can take your time and make as many moves as possible to complete the level.  Once you get the hang of the game it quickly increases in difficulty by adding multiple locks, move, and time limits. Like chess, you have to plan your moves several in advance.  I often solved one puzzle only to be stuck in the next with no means to rotate my cube accordingly. 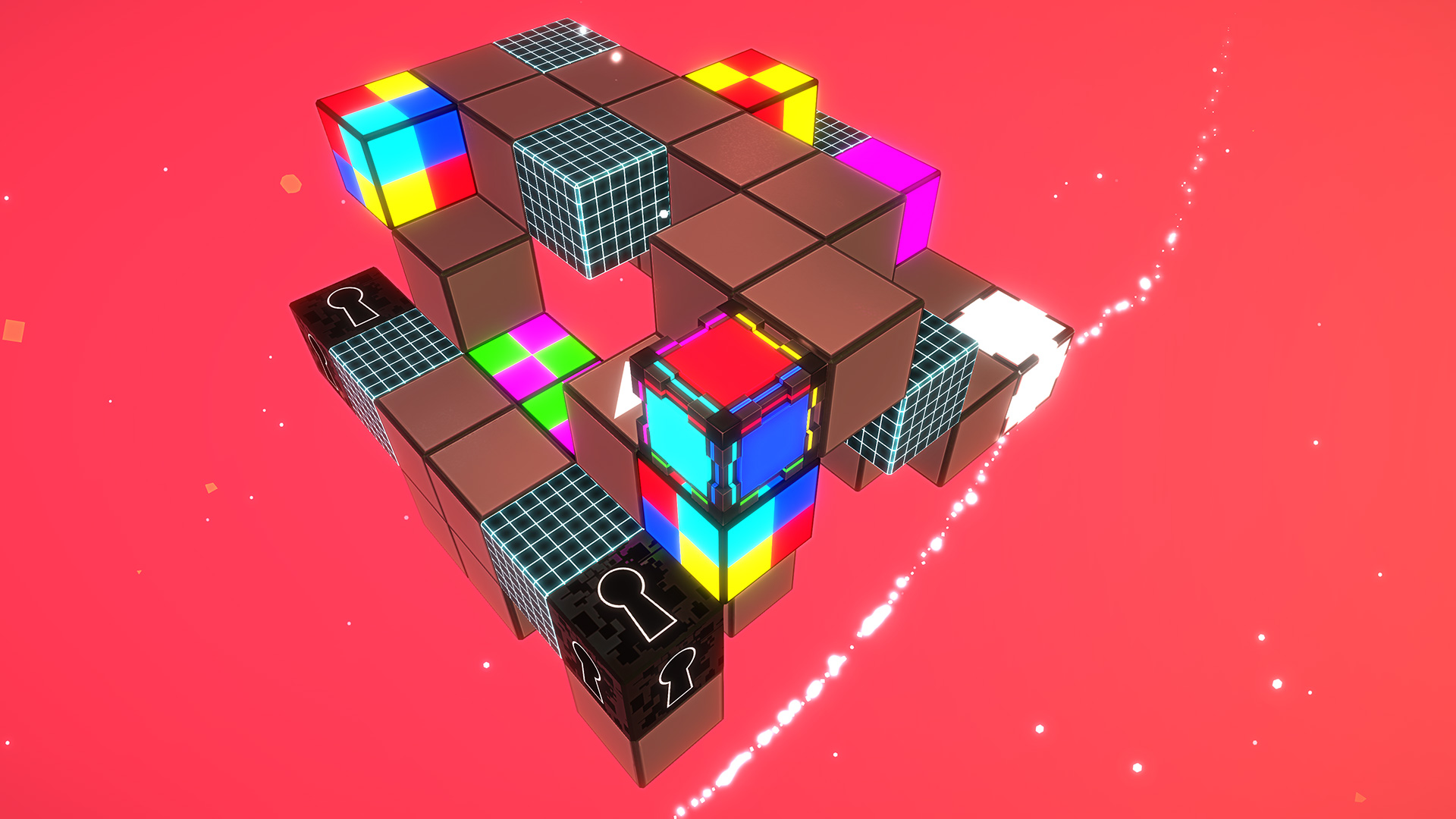 The difficulty may put off many who are not used to logic puzzles.  My kids saw me play this game and had little interest in taking a turn (they would rather play Goat Simulator).  This game is suitable for all ages, but I would recommend it only for serious puzzle/logic game enthusiasts.

Graphically, Cubikolor is stylish and colorful.  Although simple, the visuals get the job done.  Like many puzzle games, you don’t need incredible graphics to stimulate your mind.

The background music is electronica and this game is available on Steam with the soundtrack for an extra $2.  Sold separately on Steam it goes for $3 and includes nine songs.  Those who pre-ordered the game received the soundtrack bundled with it.

All in all, Cubikolor is a solid puzzle game that can entertain serious puzzle gamers for several hours.  It may frustrate everyone else though so keep the audience in mind when buying this game.  The asking price is a reasonable $7.99.  If you see it on sale it’s a solid buy if you’re looking for a challenge.