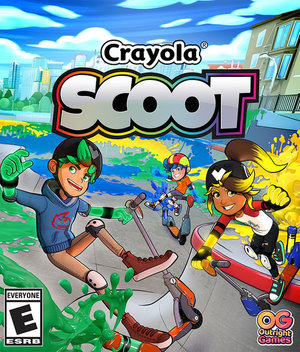 Thank you Outright Games for sending us this title to review!

Crayola Scoot is a colorful mashup of Tony Hawk's Pro Skater games and the Splatoon series. As you perform various tricks and combos you’ll spread your color around different worlds and work your way towards winning the Crayola Color Cup. There are several challengers that are in line for the cup and you’ll need to dethrone them one by one. As you make a name for yourself, the legends will challenge you to a game of S.C.O.O.T to knock them down a peg.

If you’ve played P.I.G. or H.O.R.S.E. in basketball, you’ll know what to do. You and the challenger will take turns doing a series of stunts in a limited amount of time. If you cannot beat your opponent’s combo score then you’ll earn a letter. The first one to spell S.C.O.O.T., loses. After taking down an opponent, you’ll have access to their attire and scooter upgrades in the town store.

Strong Points: Colorful and detailed worlds; fun gameplay; scalable difficulty
Weak Points: No online gameplay
Moral Warnings: One of the challengers is a zombie; you can fall down, but there is no blood

In order to get the attention of the legends you’ll have to play through various game modes in the three worlds available. You can scoot around in Crayola Color City, the Enchanted Forest, and the Alien Theme Park. Each level in the worlds has a specified game type and a ranking level required to play it. Some levels are not available until you’re at the top of the leaderboard. The levels have three difficulties: Easy, Medium, and Hard.

Here’s a breakdown of the available game modes:

Color Frenzy – Try to have the highest percentage of the level covered in your color before the time runs out. The better the tricks you perform, the more color you’ll splash around. 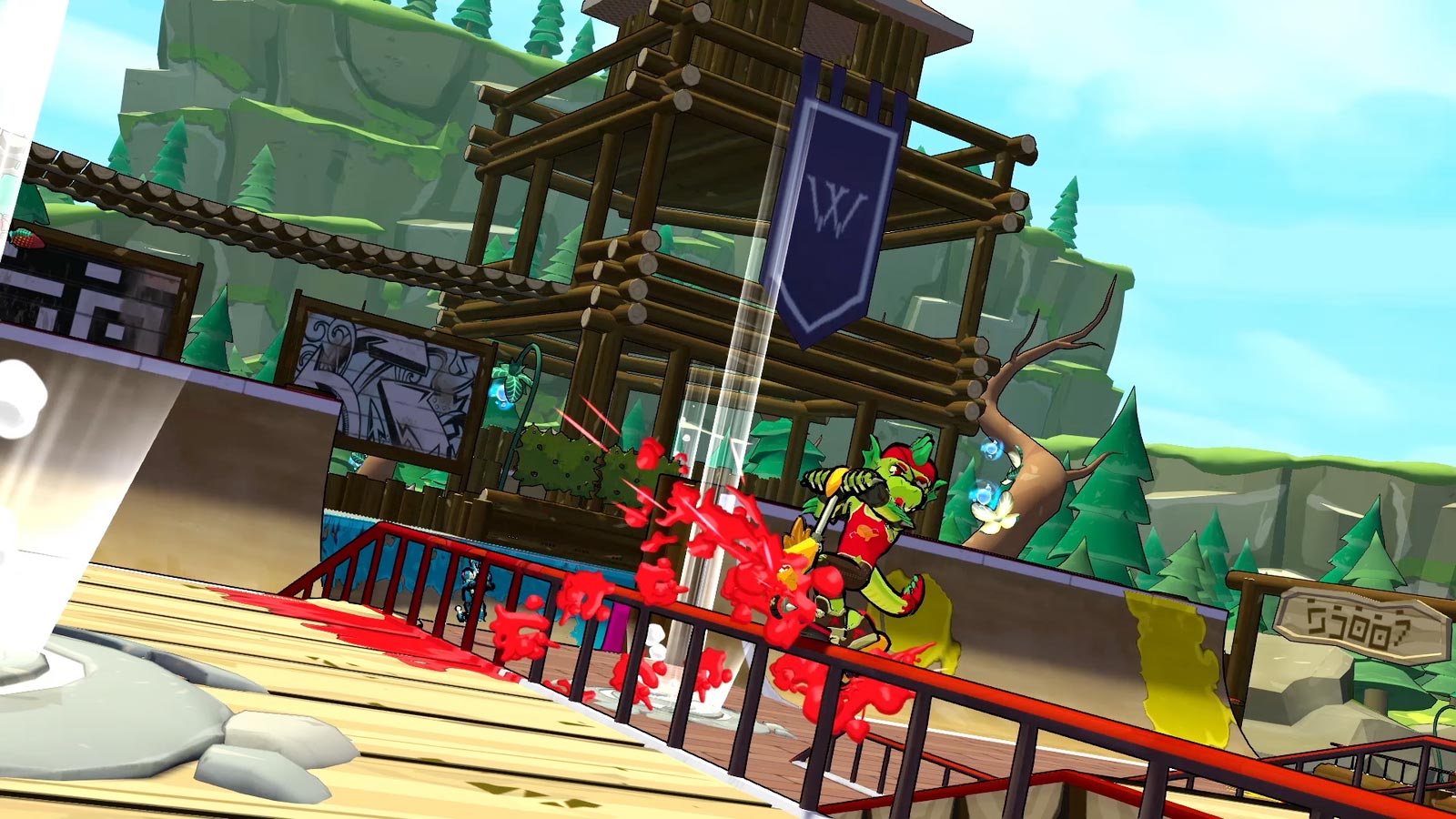 Splat Tag – A game of tag with tricks and color. In the survival mode you must avoid the person who is spraying their color to convert you to their side. In the chase mode, you’re it and must spray the opponents to bring them to your side.

Crazy Crayons – You must collect as many crayons scattered throughout the level as you can before others find them.

Trick Run – This mode is about outperforming everyone else. Get as many stunt combos as possible before the time runs out.

There’s plenty to do if you’re playing solo, but Crayola Scoot supports up to four players in split screen. Unfortunately, there is no online gameplay for this title.

If you’re looking for a family friendly alternative to Tony Hawk's Pro Skater games, Crayola Scoot will fit the bill. There are lots of tricks to learn and master in this title. As long as you stop performing the trick when you land, it will be successful. If you fall, no matter the height, no blood is shown. If you know someone who likes scooters, skateboards, or Splatoon, they’ll probably enjoy Crayola Scoot.