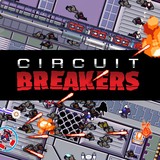 Thank you Excalibur for sending us this game to review!

Circuit Breakers originally was released for PC, macOS, and SteamOS in 2015. My son and I enjoyed playing it though we didn’t get to utilize all four of the player slots. Now that Circuit Breakers is available on consoles, the player count has been upped to six on most platforms! My husband joined my son and I in testing the Xbox One version.

In the future, artificial intelligence has advanced enough to create the first fully sentient robot, System 2. However, it becomes fearful for its safety and flees into deep space. To defend itself, it creates a massive robot army that begins to plot the invasion of their former masters. Your team is dispatched to stop this from happening by any means necessary. If you see robots moving in this game, it’s your job to put them out of commission in this top down shooter. There are swarms of robots and you have to survive long enough to make a safe exit and head into the next room with even more robots waiting for you. 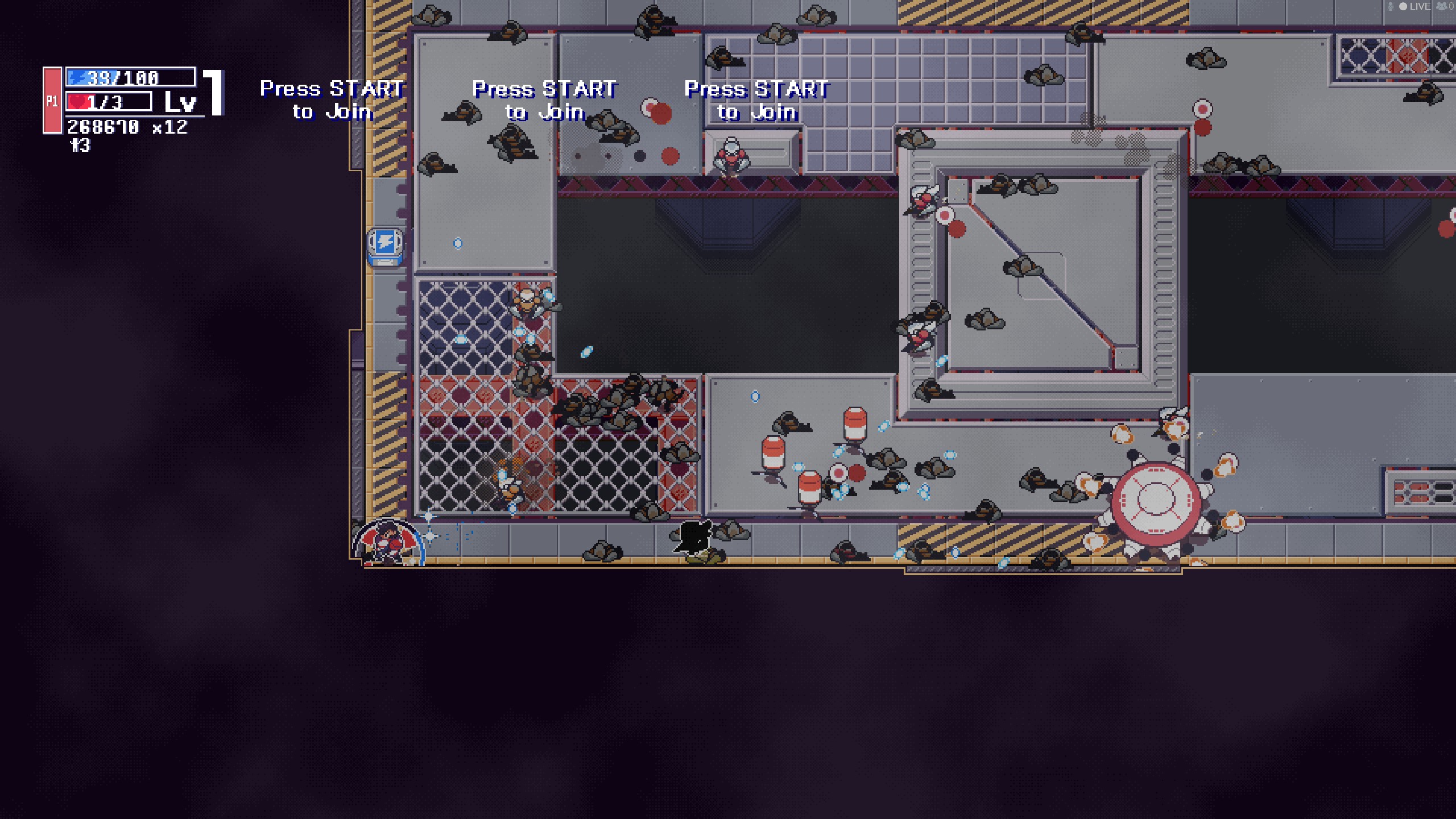 There are different types of robots including ones that swarm, rush, or shoot back at you. To counterattack, the heroes have unique weapons that can give them the upper hand. Aldo uses a machine gun that is fast and good for short-range attacks. Shelby has a powerful, but slower shotgun. Samson is equipped with a slow, but devastating missile launcher. Tay has a laser attack that can shoot long-range enemies. Other unlockable characters like Gadd (arguably the most powerful) are also available.

Besides robots, there are crates and cargo trains that can be blown to bits. Each item destroyed will leave behind energerium which will level up the character’s weapons as long as they have a steady flow of it. If a player doesn’t collect enough energerium to maintain the weapon’s current level, it will begin to level down to its previous state. The upgraded weapons are super effective and worth striving for.

There are numerous hidden achievements for each of the characters to unlock. Some of the challenges include exterminating a certain number of robots or collecting a vast amount of energerium. Xbox achievements are available as well but they will take some time to unlock with their tough requirements. The biggest killing streak I have achieved to date is two hundred which is quite a bit less than the five hundred the Xbox achievement demands. I also have not defeated twenty-five bosses yet. 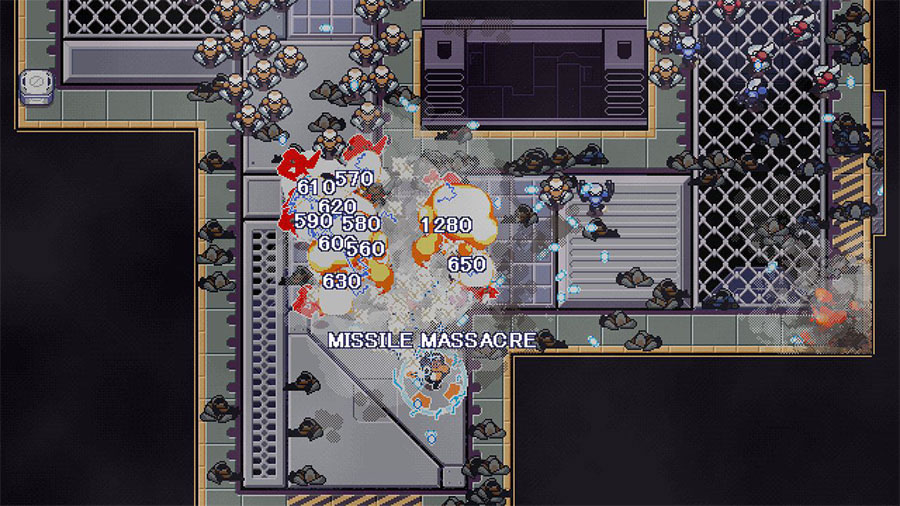 When playing solo, you only have three lives with three hit points apiece. Fortunately, healing kits are fairly common and often needed. While playing co-op multiplayer the lives are unlimited as long as somebody in the party is still alive. There’s a ten second respawn delay and much can happen in those ten seconds!

Local multiplayer is a blast and is hands down better than playing solo. While the Microsoft store page says that six players can play online, it’s not accurate. The only online multiplayer interaction is comparing your score attack scores with those of your friends (provided you’re signed into your console).

If you have friends to play alongside, I highly recommend looking into Circuit Breakers if you like old school shoot ‘em up games. The graphics and sound effects won’t blow you away, but the gameplay is fun and suitable for people of all ages. There’s no blood or gore, just explosions from blowing up robots. My kids and I enjoyed playing together and we look forward to more hectic battles ahead. The game retails for a reasonable $9.99, but I have seen it for less than $3.00 on Steam.