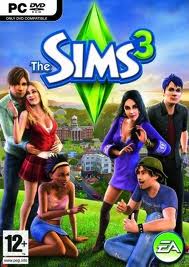 I tried, honestly, I really did. I tried to make a normal family–a supportive father, a caring mother, and an excitable little boy–the whole “typical American family” bit. It was a nice little family, but they were boring. They had no quirks or prominent characteristics, and were two-dimensional and mundane. So, I started a new family, and I decided that this household should be a bit more lively. Next thing I know I have Poison Ivy (the Batman villain), a little green alien, and a…er…happy clown in what was possibly the most dysfunctional home ever.

For lack of better words, The Sims 3 is a life simulator. In it, you’re free to create a household (it doesn’t have to be a family) and have them live the life you choose. You’ll need to take care of their basic needs (eating, bathing, sleeping, etc…), find a career for them, and manage every other part of their life. Falling in love, having kids, getting a new job, buying a bigger home, growing old, and even continuing the circle of life through their children—it’s all here.

Whether you choose to live a simpler existence, like my first family, or have a mish-mash of crazy, psychotic, and rich Sims that would fit well in any modern reality show: the choice is yours. This is where The Sims biggest strength and weakness lies; the game is only what you make of it. The Sims is similar to Minecraft in the respect that people without creativity and an adventurous spirit won’t find much enjoyment here. If you play the game as it’s “meant” to be played, you’ll easily beat it within a day or so. 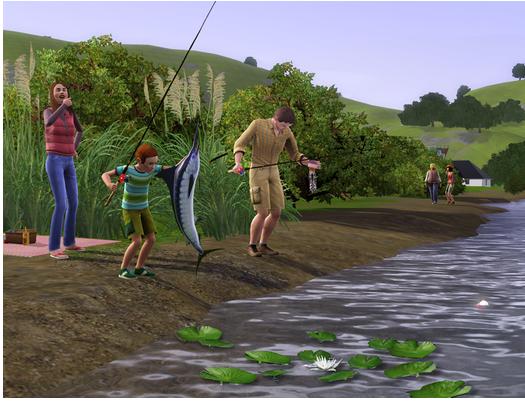 It’s when you start experimenting that the fun begins. Building your dream house, trying to complete challenges, or using the new “karma powers”–just fooling around can be the most fun. New to the Sims series, and exclusive to the console versions, karma powers allow you to alter the lives of your Sims in various ways, be it good or bad. From bringing dead Sims back to life, to creating a firestorm out of thin air, karma powers are a great addition to differentiate this from the PC version.

Which is good, because not much else is different between versions. Most of the core gameplay and features have been kept intact, with a few notable exceptions and problems. The biggest of these problems are the load times between zones. Because unlike the PC version, which has a completely open city, free of transitions, the Xbox 360 and PS3 versions are split into 12 areas. Each time you travel between areas, a 10 to 15 second long loading screen disrupts gameplay.

Normally, I’d chalk this up to consoles lacking the kind of power to display The Sims detailed graphics and advanced AI routines, but that’s not the case. Nothing about the game seems particularly complex, at least not to the point where so many load screens are needed. What’s even more bizarre is the fact that the Wii version is devoid of any of these in-game load screens. The problems don’t end after the game has loaded either; because even with its rather simplistic graphics, the game drops so many frames it appears as if it wants to play 52 Pickup with you. 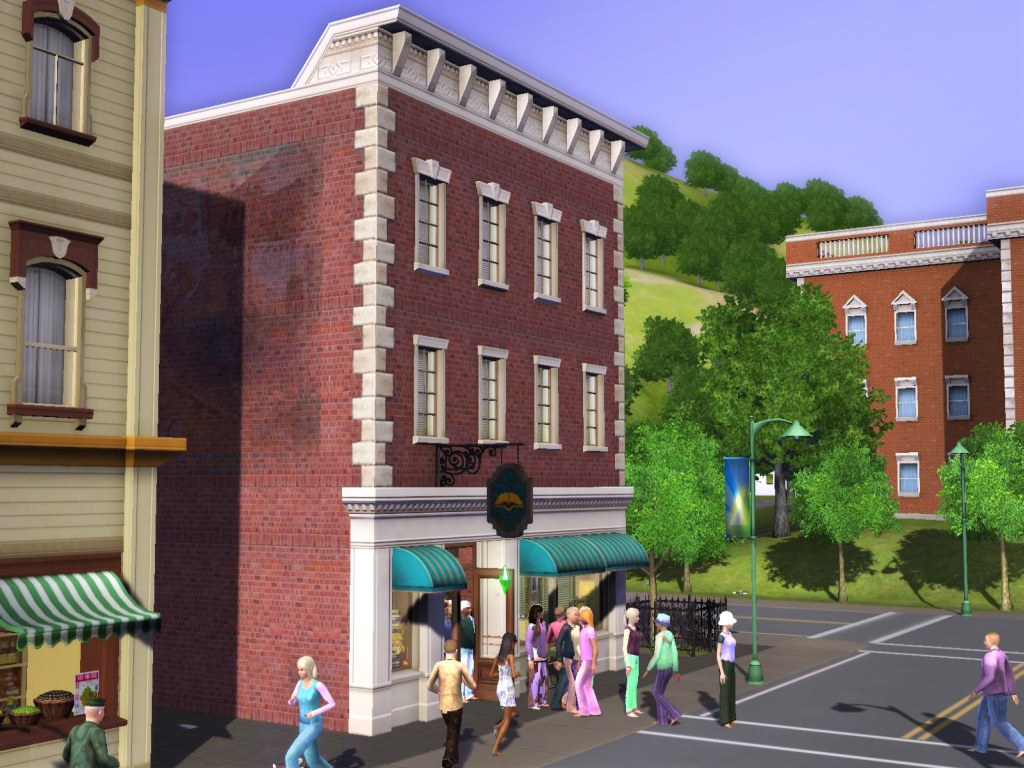 Similar to the last few Sims games on consoles, The Sims 3 control scheme attempts to emulate the PC’s controls; and it does…to some extent. Instead of assuming direct control of your Sims, you’re given a cursor with which you’re able to point and click on various objects and locations you want your Sim to interact with. It’s not particularly hard to use, but it does lead to menu heavy interactions. Want your Sim to interact with that cutie across the room? First click on her, then choose what kind of interaction you want (friendly, mean, romantic, humorous, etc…), and finally pick an option (chat, flirt, discuss, greet, etc…), now repeat 10 or 15 times to build a relationship with her.

It’s perfectly usable, but newcomers will be repelled by the sheer volume of menu navigation involved in interacting with something (or someone), and that’s before the triggers and buttons are even introduced. I did manage to learn the controls after a while, but it was only after sitting through a lengthy tutorial.

Once you learn how to control the game; though, it gets much better.  Only one city is available, which is unfortunate, but challenges and the “Exchange” extend the replay value indefinitely. Challenges task you with doing specific actions ranging from becoming a medical surgeon to having a birthday party. For each challenge completed, you’ll receive points which can be used to buy additional objects for your Sims or their house. The Exchange, similar to the PC version’s, allows players to create their own custom houses, characters, and object patterns and upload them for others to download. Or, you could download someone else’s stuff to play around with in your world. 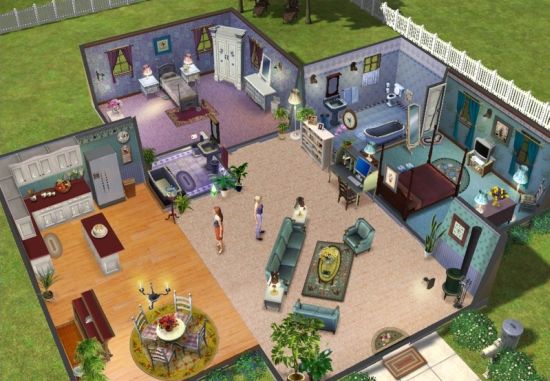 So, remember how I mentioned how you could live the life you choose? Well, that translates to the moral content of this game as well. You could just as easily be a “Christian”, instead of a promiscuous, violent, candy-stealing evil-doer. Arguably the biggest problem with The Sims 3 (morally), is the sexual content. Not only can you engage in “woohoo” (I think you can guess what that is) with either gender, but revealing outfits and censored nudity also make an appearance. Violence is minimal and cartoonish, but death is possible; as is creating traps to purposely kill Sims. Also, if your Sim has the kleptomaniac trait, they have the ability to steal objects from other Sims. But like I said, this is all optional, so it’s your choice as to whether or not your Sim will commit these acts.

This isn’t a game for everyone. It’s slow-paced, doesn’t give the player much direction, and is marred by a plethora of both technical and moral problems, but I enjoyed it. I left The Sims 3 satisfied and having had an experience that I’ll never forget. It doesn’t make much sense to pick up this up now that The Sims 3: Pets is out, but if you’re looking to try something different, this series might be just what you’re looking for.