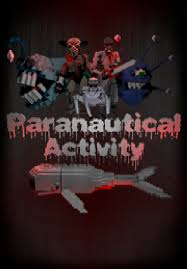 Thank you Digerati for sending us a review code of this game!

Paranautical Activity was originally released on PC in 2013 and had a rocky start by being removed and re-listed on Steam under a different publisher.  In 2015 it came out on PS4, Vita, and Xbox One, and finally arrived on the Wii U in 2016.  With the retro graphics and minimal space requirements, the Wii U is a good match.  However, I still prefer playing a first person shooter with a keyboard and mouse.

This game can be played with the gamepad, the Wii U Pro Controller by itself or in combination with the Wii remote.  For the gamepad, the left joystick moves the player while the right one rotates the camera.  The right trigger fires the selected weapon and the left trigger is used for jumping.  If the selected character has multiple weapons, you change the default by pressing the left bumper button.

There are four character types and they each have different attributes like health, damage, fire rate, and attack speed.  No matter what character you choose you’ll want to keep a lookout for armor shards to give you a fighting chance in this brutal 3D arena style game. 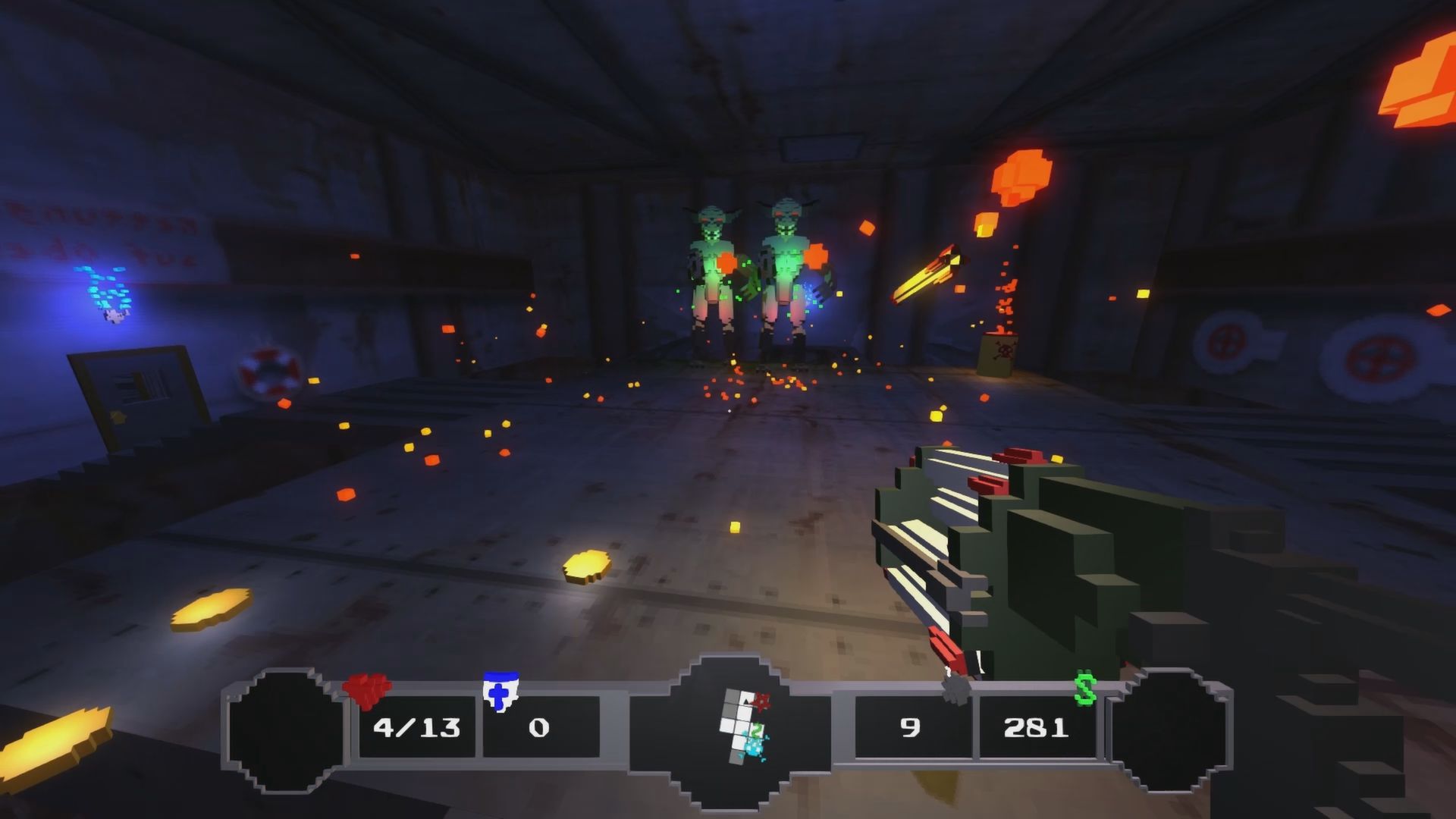 Here’s a breakdown of each player class:

David Bowie: Equipped with a crossbow gun that’s slow, but deals a lot of damage.  This character has an excellent rate of fire, but low health with only four hit points.

Dyno-Mite: This character can equip a chain gun or a katana.  They are slow but deal lots of damage.  They have an excellent fire rate and decent health with six hit points.

Gorton: A very fast scythe user that doesn’t do a whole lot of damage.  The rate of fire and health is poor with only three hit points.

The Tank:   This shotgun wielding class has the most health points, nine.  They do a lot of damage, but are slow in dealing it.  The have a poor fire rate too. 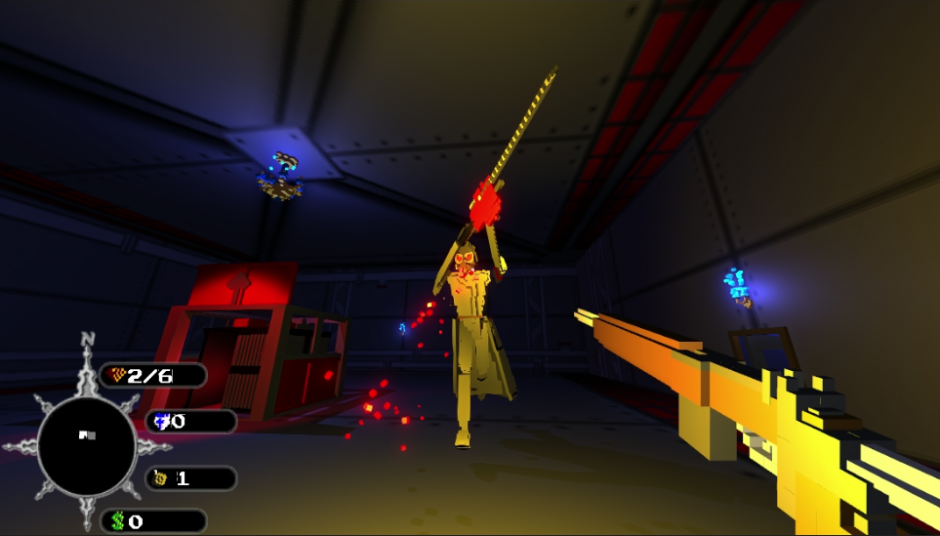 No matter what class I tried I wound up doing very poorly.  I’ve learned that you cannot go into a room guns blazing and to use/take cover to avoid getting hit by the many magical attacks.  The levels are all randomly generated so the game will not play the same twice.  The bosses are sometimes aquatic themed and are pretty challenging to take down.  Dying in this game is pretty rough since you only get one life before having to restart the game from scratch. To add insult to injury, you have to spend some time staring at the loading screen before being able to play again.

There are three game modes: classic, hardcore, and infinite.  Classic was plenty challenging for me so I can’t comment on the other two.  There are unlockable achievements for finding or using various items or by not jumping or taking damage in a room.  The PC version has forty-five Steam achievements that are similar if not identical to the Wii U offering.

The dubstep music is fast paced and fitting for this style game.  The visuals are very retro and took me down memory lane back to playing games like Wolfenstein, Quake and Doom in the nineties. Except the enemies are much tougher and the rooms are much darker.

Sadly, this game shares a similar fault with Wolfenstein and Quake/Doom with its inclusion of swastikas and pentagrams in it.  There’s a lot of pixilated blood shed too.

Though I appreciated the premise of FPS arena battles with roguelike aspects, I ultimately came to the conclusion that this game is not my cup of tea.  Perhaps if it had multiplayer where I can play against similarly skilled opponents it would be more fun.   If it wasn't for the pentagrams in it, I wouldn’t mind taking a crack at it with a mouse and keyboard since that's how I'm used to playing FPS games. I won’t be paying retail price for the opportunity though.  I recommend holding out for a sale before picking this up on PC or consoles.