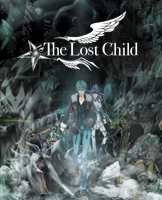 Thank you to NIS America for the review code!

One of the largest parts of mythology is how humans conflict always mirrors the conflict of the divine. However, this is no coincidence, as the wars are usually fought over the same thing, resulting in gods and humans fighting together. Whether it is Athena helping Achilles kill Hector, or the Aesir and their warriors of Valhalla, religious tales always depict the impact of humans and gods working together. Naturally, this has managed to work its way into video games as well. The Lost Child tells the story of a new war between light and dark, with the mortal world once again the battleground. In the end, it creates a strong, but unfocused, RPG.

Hayato is a reporter for The Occult, a newspaper that focuses on all things paranormal, as well as (of course) gossip. Recently, there are reports of suicides at train stations throughout the area, so Hayato is sent to investigate. While there, a dark figure pushes Hayato into the path of a train, but he is saved by a mysterious woman, who gives him a locked case. When he returns to the office, Hayato meets Lua, a person claiming to be an angel. She is looking for her sister, and was sent to the mortal realm to assist Hayato, who is apparently the Chosen One. The two manage to open the case, which contains the Gangour, an ancient weapon capable of trapping demons. Soon, the Gangour’s power is demonstrated when a monster attacks the pair, who they are able to capture. Now, Hayato and Lua must journey around Japan, solving cases that often cause them to stumble upon the agents of evil.

For a game that is centered around the story, The Lost Child tells a relatively good one. Despite being open-ended in the sense that you can complete most cases in any order, The Lost Child manages to maintain a strong narrative, which is accomplished by only a few games. However, I think there could have been much more character development. Hayato is the typical silent, withdrawn protagonist, which means that he has practically no character development. Even the side characters seemed to be more developed than him! I think the developers were trying to make him “fit” you, since you always make decisions for him that would otherwise serve as character development. However, this feels out of place in a story driven RPG, especially since every other character is well developed. However, the majority of the story was surprisingly good. I didn’t expect too much, as it seemed like the plot was simply a conglomerate of various mythos. Many of the story elements were unique to The Lost Child, as opposed to being ripped out of classic tales. I liked this, as it helped give The Lost Child its own identity, instead of just being a mix of other stories. Despite some odd choices in terms of character development, The Lost Child manages to create a nice tale that is not too reliant on familiar faces. 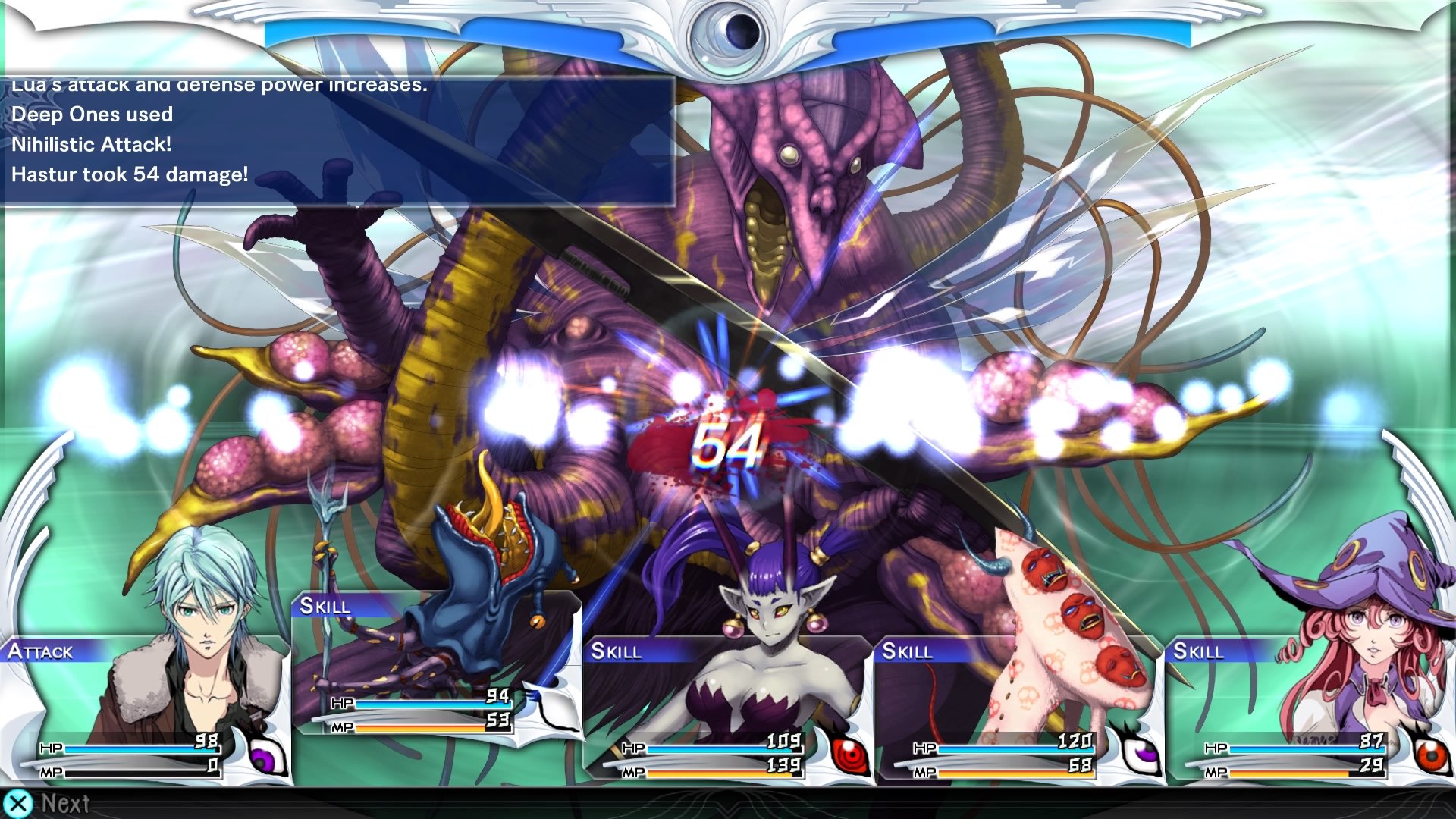 The Lost Child combines many different types of gameplay into one great experience. There are elements of dungeon crawlers, RPGs, and visual novels in this game. It’s important to understand the fact that The Lost Child is a combination of many other games. It doesn’t improve upon a particular genre, instead focusing on a great overall experience. If you want a dungeon crawler, just choose an Atlus game; if you want a creature collection game, go buy Pokémon. The Lost Child is great simply because it seamlessly combines many different genres. There is a simple gameplay loop: Hayato and Lua choose a new investigation to cover, travel to the appropriate layer, talk to the locals, then either venture into a new layer or follow a new lead from a local. Along the way, the two stock up on items, and prepare their purified Astrals for combat. This generally repeats itself throughout the entire game, but never gets repetitive. This is due to how varied every scenario becomes, and that each investigation you finish leads to another one. I always played with an intention, yet couldn’t help but get sidetracked by one of the many side missions. Soon, I had a long list of things to do, that just kept getting longer as I cleared some of the tasks. The game is very enjoyable since I never feel trapped on a linear path, yet it is always clear what the main goal was.

There are two main “phases” in The Lost Child: the normal world and layers. Layers are distortions in reality caused by demons residing in the area, which can only be accessed by a select few. Reality is where the majority of conversations and the decision system of The Lost Child come into play. You can talk to people, which often leads to conversations with Lua. During the conversations, you get multiple response options each time she asks you a question, which grant you karma when you answer. The answer you pick has no real impact on the game besides granting some experience points, so the system wasn’t too important. The bulk of the game is spent in the layers. In layers, the perspective shifts to first person, as Hayato travels through the dungeon. The game becomes a dungeon crawler, with the tight passages, randomized encounters, puzzles, and treasure associated with the genre. Hayato can walk around and interact with objects, but he can’t get far before an enemy attacks. In battle, Hayato, Lua, and three Astrals can fight enemies. Astrals will be discussed more in the next section, but play a large role in combat that can’t be downsized. All enemies have elements, which can be countered using the appropriate Astral. Astrals have many unique skills that completely change battles, so no two battles are ever the same. Combat itself has one main unique aspect: the Gangour. Everything else about combat is standard for RPGs, so it doesn’t impact the game too much. The Gangour allows Hayato to have up to 5 reserve Astrals at a time, which he can freely switch in every turn. This completely changes strategy, since you must try to counter enemy attacks, maximizing every turn's potential. This made The Lost Child surprisingly nerve-wracking at times. While most fights are easy, boss fights force you to use everything you have, though this led to unnatural difficulty spikes. Overall, the combat system was deep and very fun to learn. The Lost Child‘s layer and combat system was complex but made the game great as a result.

Perhaps the most interesting part of The Lost Child is the Astral system. Astrals are the souls of beings, which can be captured by the Gangour. The Gangour can only capture certain types, such as demons and fallen angels, depending on the settings. I am no expert on all things mythology, but I believe that the majority of Astrals are derived from older media. The game spends no time developing each one as a character, so they feel similar to Pokémon instead of fully fledged party members. Each Astral was very unique in design and stats, so I clearly remember each one as a result. Astrals act like any other unit in combat; each can attack, defend, or use special skills. Each skill has an element attached to it, a certain modifier to attack power, and attacks enemies a certain ways. The two unique systems in The Lost Child both impact Astrals: Fruits of Wisdom and Karma. During battle, a unit may trigger a new skill while attacking, learning it as a result. This is called the Fruits of Wisdom system. It’s often a surprise when a new skill is learned, but it also takes away some of the strategy from battle. You may plan out a turn perfectly to maximize efficiency, but Lua may suddenly learn a new support skill, throwing the turn completely off. The majority of the time, the Fruits of Wisdom system benefited me, but there were some scenarios that were ruined by it. Astrals don’t gain experience from battle like Hayato or Lua. Instead, they must be manually leveled using Karma. As mentioned earlier, Karma can be obtained from making decisions during the story, but is also earned from fighting. Defeating a certain type of Astral gives you its corresponding Karma, which can be used to level your own. Each type of Astral gets more experience from the Karma aligned with its nature, adding a bit of strategy to leveling. This also made it much easier to add new party members, since I could quickly catch them up to the rest of the team. The Karma system helped Astrals feel unique, and added another layer of strategy to a game already ripe with decisions. I love the Astral system, due to how unique everything is. This is truly The Lost Child‘s selling point. 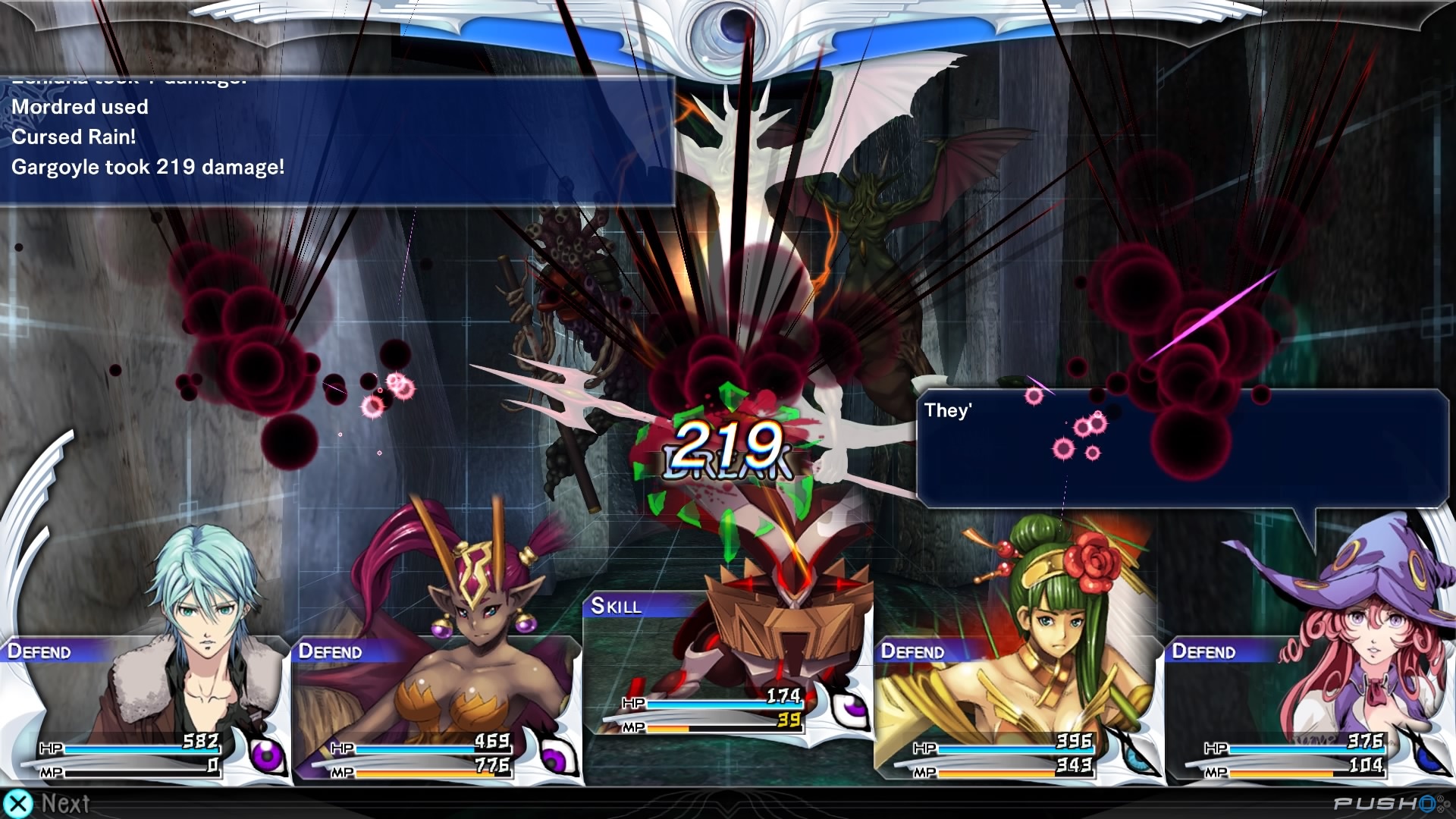 Like any game that is even remotely related to NIS America, The Lost Child has a great soundtrack and visual style. While there are definitely better soundtracks, this one does a great job capturing the feeling of mystery and haziness associated with The Lost Child. However, the battle music could be better. Hearing the same piece over and over got extremely repetitive extremely quickly, especially since the battle music wasn’t very good to begin with. I would have loved more variety, even if it just distinguished the different origins of enemies. The game has a very unique look. The characters all have the look of a manga, yet everything else is bleak. It’s a nice tonal detail that makes the world seem much more foreboding, and I loved the addition. The Lost Child has a relatively nice soundtrack and amazing visual style.

The Lost Child may be morally offensive to some, however. There isn't much violence besides the typical fantasy attacks, and a bit of blood, so it isn't too risqué in that sense. A few Astrals, male and female, have clothing that edges on the skimpier side, but most are modestly dressed. There are also a few sexual jokes throughout the game, but they were minor. There was a bit of language according to the rating, though it was so uncommon that I never took note of it besides the occasional h*ll. The real controversy will come from the religious allusions. This game had many religious themes and figures, including a variety of demons, fallen angels, and gods. Hayato uses demons and fallen angels to fight, which may be upsetting. However, he does it in the name of God.

Overall, I enjoy The Lost Child. The game is an odd blend of many genres, which makes it enjoyable in its own right. The story is very nice, but the character development could be improved. Gameplay is complex and entertaining, but rarely challenging. The Karma system and Fruits of Wisdom provide some new ideas in a game that is otherwise a conglomerate of old ones. Due to the moral issues, it may not be appropriate for children, but teens and up can carefully consider it. While it doesn’t particularly improve upon any one field, The Lost Child provides a satisfying, unique RPG.