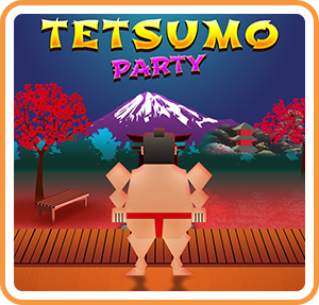 Thank you Monster Couch for sending us a review code!

Despite its decreasing popularity, Sumo Wrestling is still entertaining. It features overweight men trying to knock down or push the other out of the Dohyo circle using their weight as leverage. All this while wearing loincloths. Tetsumo Party features sumo wrestlers as playable characters and the game’s premise is easy to learn, but hard to master.

Up to eight players can join in the fun if you have enough Joy-Cons to go around. One benefit of the Switch version is the increased number of players compared to the PC, pS4, and Xbox One counterparts which only support four. Like many party games, the more players you have, the entertainment value goes up. If you’re playing solo, this title may get stale quickly.

Strong Points: Up to eight players can strike a pose
Weak Points: Gets boring when you play solo
Moral Warnings: Drunkenness and the pants of your sumo character may fall down revealing their butt

Your goal in this game is to strike a pose that will allow you to glide through the wall that’s heading your way quickly. You have to position your character’s arms and legs independently as they each have several possible configurations. The more walls you can get through, the better. In most cases, it only takes one mistake to knock you out of the game. When you mess up, your character will be smashed across the screen and you may get a glimpse of their butt crack.

Each limb has a button assigned to it and works best with the Joy-Cons being in their horizontal position. I was hoping that this title would support motion controls like the Just Dance games, but no such luck.

If getting your limbs sorted fast enough is not enough of a challenge, there is a fish butler that will offer your character a power-up if your arm is extended out to him. The time power-up will slow down the walls giving you more time to get in position. The alcohol power-up will let your character feel no pain and be able to take missing a wall or two without ending your game. Most of the time you’ll be offered sushi which is required for unlocking new characters. 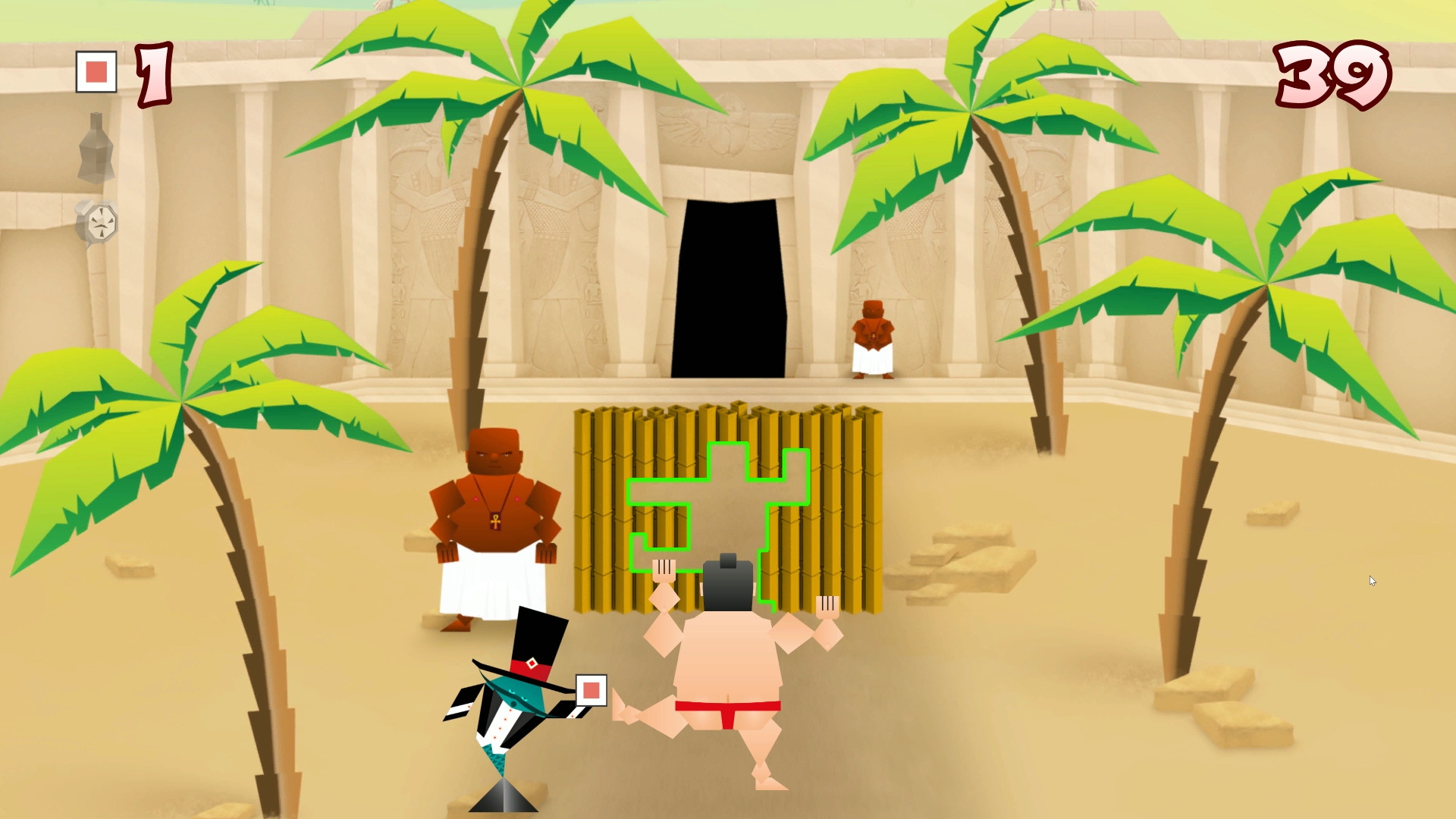 There are random backdrops to offer some variety in each game. You can be striking a pose in Japan, Egypt, by a lake, temple ruins, and more. The characters have a pixelated look to them and are not incredibly detailed.

The background music has a Japanese flair to it and is fitting for this game. The voice acting is very quirky will probably make you smile upon hearing it.

If you like quirky games, Tetsumo Party is worth checking out at its reasonable price of $4.99. The simple premise won’t keep you occupied for hours on end, but it’s fun to pick up and play by yourself or together with a group of friends. There is some juvenile humor and alcohol references; aside from that this game is pretty clean.