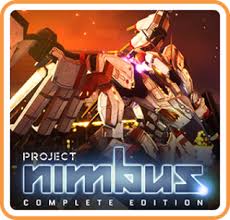 First, I would like to thank GameTomo for this review key.

All gamers who like high-flying action and aerial dogfights have almost certainly heard of Ace Combat, the series that lets you have dogfights in a plane with other planes. The developers behind Project Nimbus figured they'd make their take on this basic arcade game premise, only they'd do so with an anime-style plot and robots.

The story is that after World War III in the late 21st century left most of Earth unsuitable for human life, most of the more well-heeled survivors escaped to floating cities supported by orbital elevators. The rest of the planet that couldn't manage was left with the ruined remains. Meanwhile, while those major factions in the orbital cities fight over what's left from the surface, those caught in the middle are angry enough they want to start another war as revenge.

In practice, the gameplay is like a mix of Ace Combat (all levels are aerial dogfights of some sort for the most part) and a diet-Armored Core (you use robots to fight, but they cannot be customized). Combat involves yanking and banking your machine through the skies, switching out to different weapons as needed to take out enemies. Aside from some brief intermissions to set the tone of the plot, this is the meat of the main campaign. There are some other game modes where you can fight alternate campaigns for the other factions and try to survive in any randomly picked machine from the cast, but the gameplay remains the same in all of them. 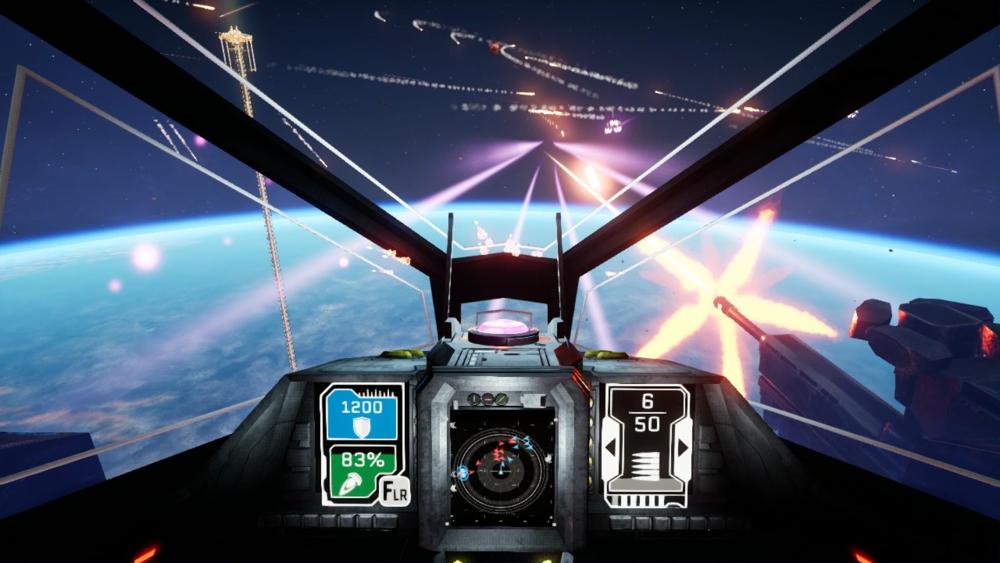 Graphically, this title is based on the enhanced PS4 port scaled for the Switch, and since I played on a handheld Switch, I found the details scaled rather well to portable play, though the graphics don't exactly push the Switch to its limits either. Stage backdrops for the levels do carry a nice futuristic post-apocalyptic Earth feel right out of a mecha anime, and the character design leans in the same direction. In particular, if you are a fan of things like Mobile Suit Gundam, you'll find a lot of mech designs will feel very familiar.

Controls are not overly difficult, with the control sticks used to control movement while the buttons operate various weapons. There are not very hard to learn, but a beginning player will want to take some time orient themselves; anyone not a veteran of aerial dogfight games will be thrown for a loop until they get used to the controls. There are very limited options for adjusting the controls, and while they are not bad by default, your hands will cramp during particularly intense combat.

Music is something right out of a mecha anime, and much like the graphics, there is some vaguely Gundam style music that sets the tense combat tone. Voice acting is about the same as a decent if not outstanding English dub of an anime, and none of it is particularly grating, though some voices seemed a bit muffled at times. Sound effects are nothing special but do the job of setting a mecha sci-fi style aesthetic.

Stability is of little concern. I noticed no particular framerate issues even during heavy combat, and while load times are a bit slow at startup, the game itself loads acceptably otherwise. 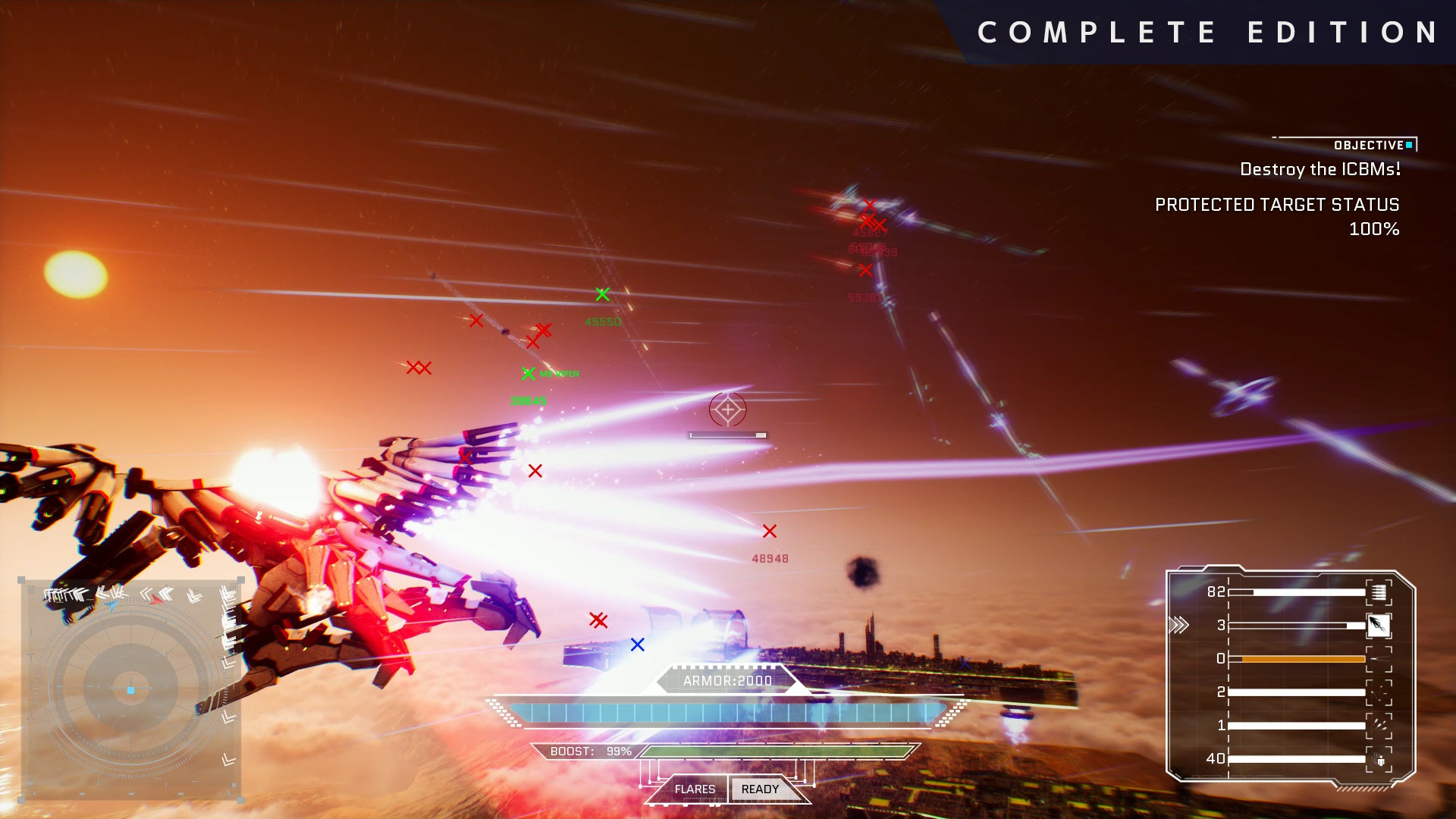 Morally speaking, this title has some minor points of concern.

Violence is not too severe. You are piloting a machine against other machines, generally implied to be piloted unless stated otherwise. You are usually doing so out of reasons of self-defense and proper orders that are given you by your chain of command against legitimate military targets, and there are no remains of downed opponents after they are dispatched. Language remains fairly decent most of the time, a few h*ll and d*mns here and there and a rare case of b*st*rd or two, but nothing worse.

Sexual content is nigh non-existent. Despite the anime-inspired aesthetic, there is practically no inappropriate display of flesh and all the female characters are wearing appropriate outfits. This game is a hard Sci-fi story, there is no occult or supernatural influences. Culturally and ethically, you are a uniformed combatant of your faction's military acting under proper authority.

Overall, I found it an enjoyable if not too deep aerial dogfight game with robots that should prove decently entertaining for its price tag. None of the moral issues are too severe, any teenager or older would be just fine with this title.