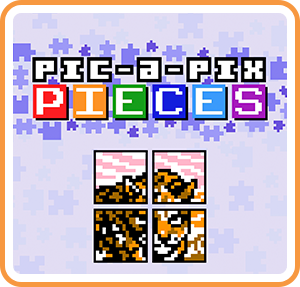 We have reviewed several Picross type titles from Lightwood Games and what sets Pic-a-Pix Pieces apart from the others is that you’re solving fragments of a picture that won’t make much sense by themselves. After you solve a couple of the pieces you’ll get a vague idea of what the image is and once it’s completely solved, you’ll be rewarded for your patience with nicely detailed pixel art.

You’ll be timed on how long it takes to solve each fragment and for how long it took to complete the whole picture. If you don’t spam the error checking or fixing capabilities you’ll see a gold medal by each fragment. You can solve the puzzles by yourself or recruit up to three nearby friends to assist you. 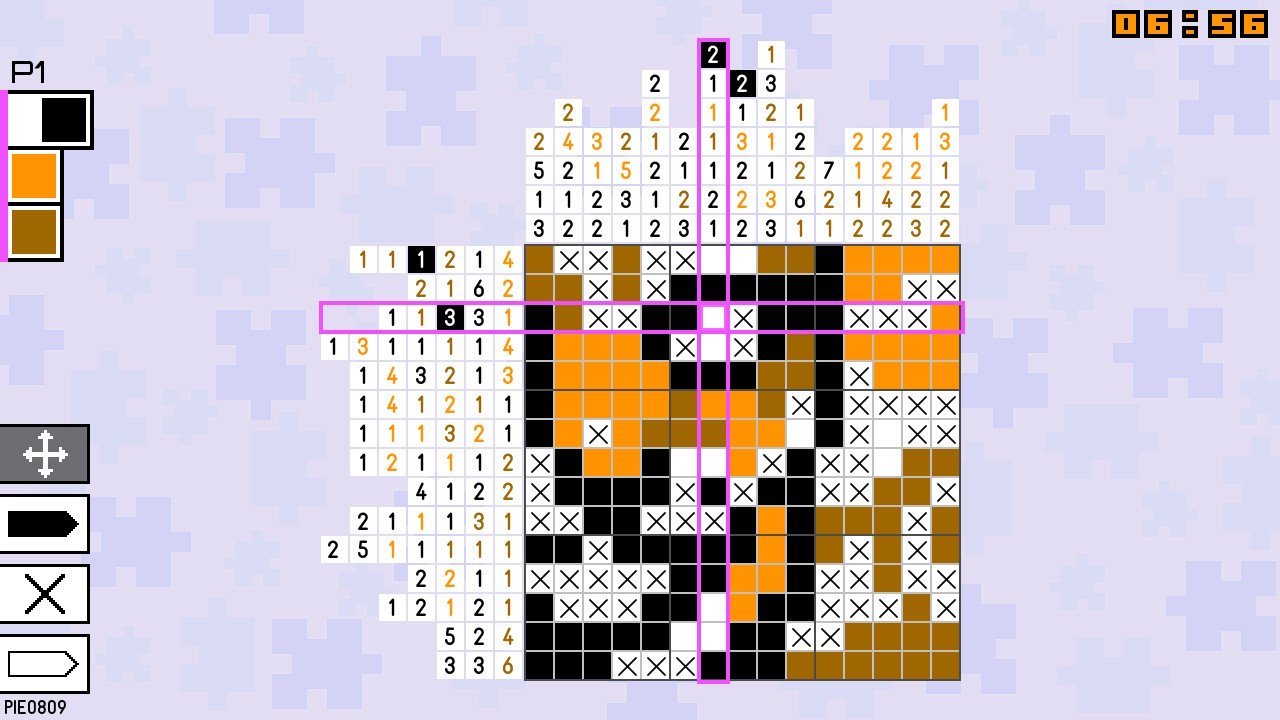 Strong Points: Good variety of short and long puzzles to complete; colorblind mode
Weak Points: You can spend more money on DLC than the base game
Moral Warnings: None

Each of the puzzles has a few colors and is on a grid with numbers on the top and left-hand side. The numbers are on colored boxes that represent how many squares of that color need to be filled in. By using the information on the top and left-hand side you’ll have a pretty good idea where you need to start filling in but it won’t always be obvious. The error-checking feature is helpful to know if you’re on the right track or not. It’s easy to undo a mistake but you can have the game fix it for you if you can’t backtrack from memory.

There are over three hundred puzzle grids to solve and the completed pictures range from six to twenty-four pieces. The smaller grids only take a couple of minutes to complete with the whole picture being revealed in less than fifteen minutes while the biggest size took me nearly five hours and twenty minutes to complete!

If you’re itching for more puzzles to solve there are a few DLC packs available for $2.99 apiece. Each DLC pack provides forty-eight more grids to complete in 15X15 or 20X20 configurations. 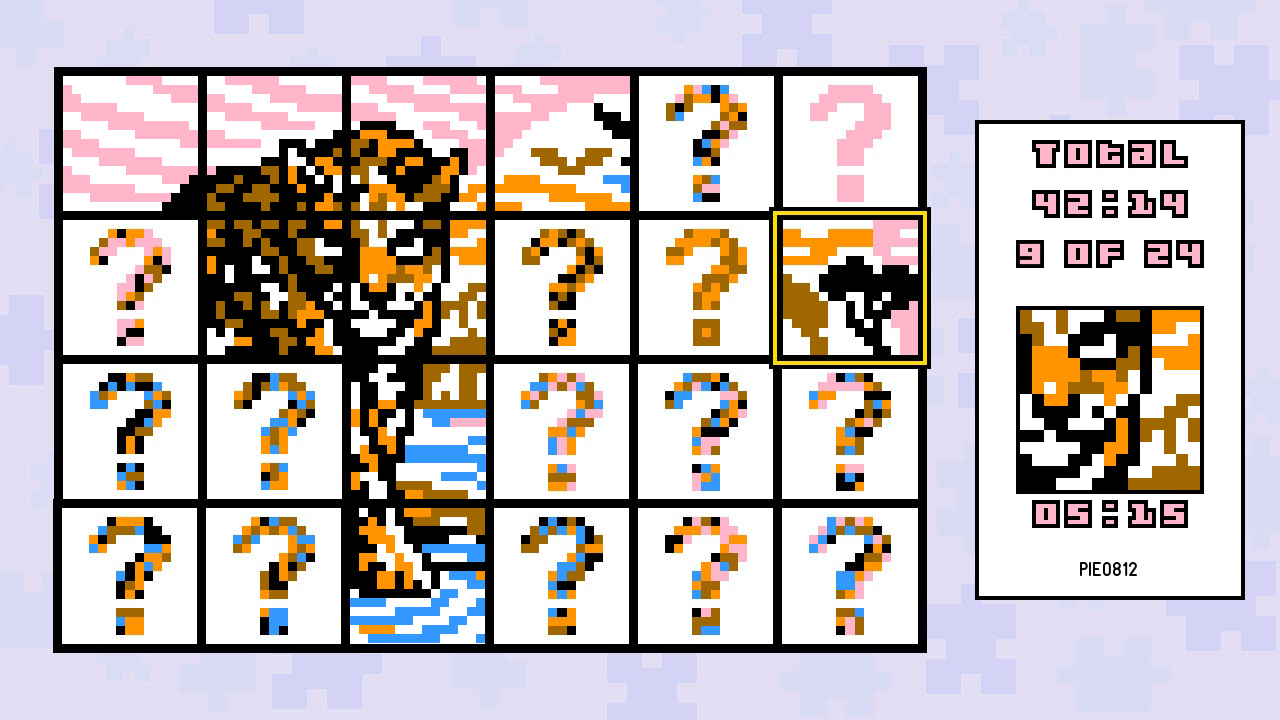 The pixel art is nicely done and it’s neat to see how good they look with only a few colors. I like how there’s a customizable colorblind feature to make the game more accessible to that audience.

The background music is peppy and good enough to cause my children to hum it while I was playing near them. For the longer puzzles, I found it repetitive and often muted it.

Though these puzzles are entertaining in short spurts, I tended to get drowsy after completing several longer ones back to back. This is a great game for plane rides and doctor visits. I did not notice any objectionable content and recommend this game for puzzle loving kids and adults. If you’re unsure, check out the free demo. The full version of the game includes the demo puzzles as extra content.