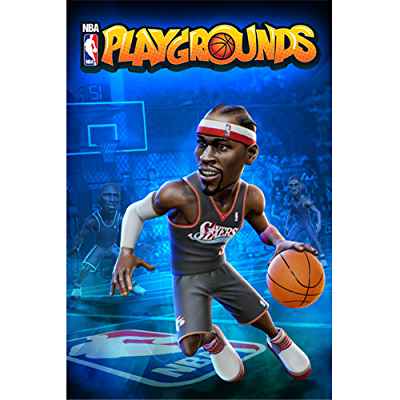 Thank you Saber Interactive for sending us this game to review!

I must admit that I haven’t really been following basketball too much since the '90s when the Chicago Bulls were on fire with their dream team. With that said, I did not recognize many of the players available to me via the card packs that I opened. Upon launching the game, you’ll get three decks of cards with five random players in each one of them. Duplicates are possible and if that happens, you’ll get experience points towards leveling up that player. When players level up you’ll get more card packs.

Each basketball player has various stats that gives them strengths. For example, taller players are harder to have their slam dunks blocked and heavier players are harder to shove and steal balls from. When picking two players for your team be sure to check out their stats for speed, stamina, rebound, stealing, blocking, and their chances for scoring 2 and 3 point shots as well as dunking. You can also read about each player’s professional bio while you’re at it.

The tutorial teaches you all of the controls, which change whether you’re playing offense or defense and by your controller configuration. Many of the buttons have multiple purposes. For example, the Y button is used for stealing the ball in defense mode and taking a shot or faking it in offense mode. Besides stealing the ball, you can shove players if you prefer an aggressive playing style. The downside to pushing is that it drains stamina. Stamina is needed to successfully pull off sprinting, dunking, alley-oops, and crossovers. 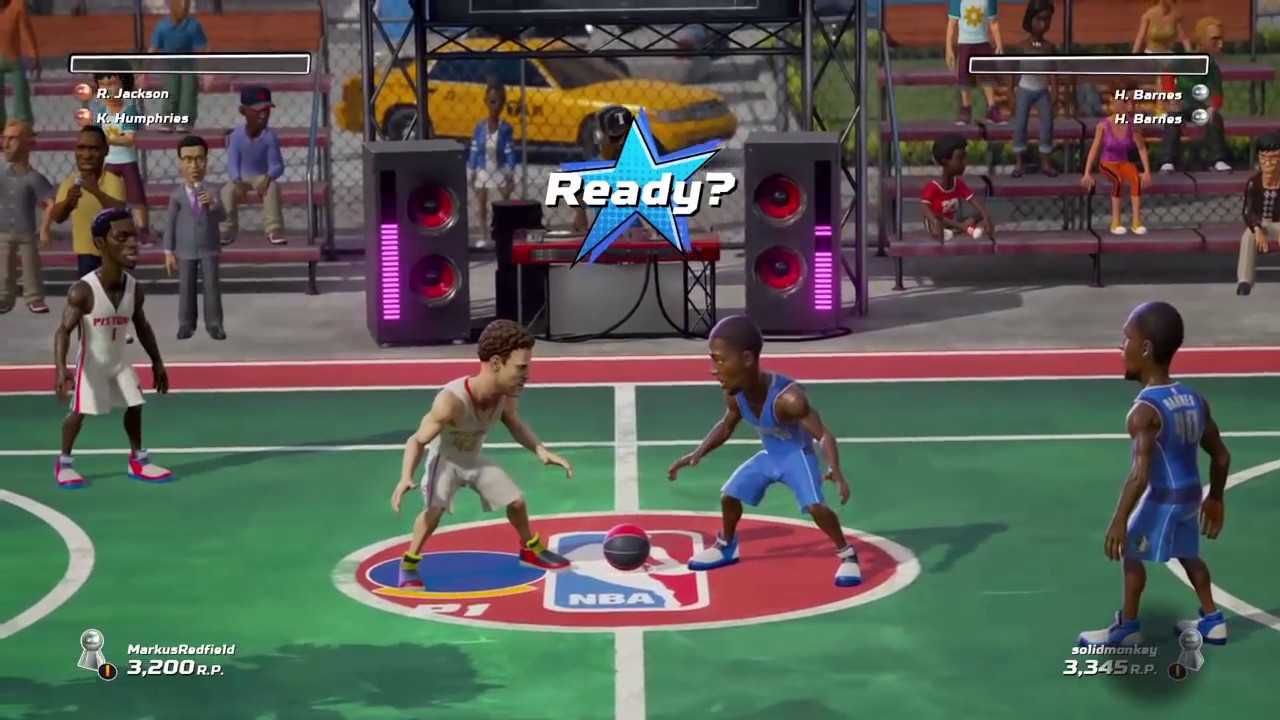 Like any other basketball game, your goal is to make more baskets and score more points than the opposing team. Long distance shots will score you more points while closer ones earn you less. Can you pull off the harder shots? That depends on how good of a player you have and how good the defense is on the other team. No matter how steady of a shot you make, there is always the possibility of it getting knocked out of the air. Or the ball can get stolen from you before you get a chance to take a shot.

There are three game modes: Exhibition, Tournament, and Online matches. The Exhibition mode lets you play games all around the world in courts that have been previously unlocked in the Tournament mode. Until the other courts are unlocked, you start off in New York. Other locations include Tokyo, London, Shanghai, Venice Beach, Paris, Seattle, and more. Each location has a fair amount of detail. In a beach location you’ll see women clad in bikinis. The graphics are colorful and the models are scaled down enough for the Switch to handle them fairly well. There are some long loading screens though.

When it comes to online play and patches in general, Switch gamers has a legitimate beef with the developers. Multiplayer was supposed to be available within “days” of the May release date. Online functionality wasn’t added until July. The patch included some more players, game balancing, and other enhancements based on player feedback. As of this review, the Switch version is still lacking some players that other versions have access to. As an apology, Saber Interactive has promised Switch users a free digital version of Shaq-Fu: A Legend Reborn when it becomes available. 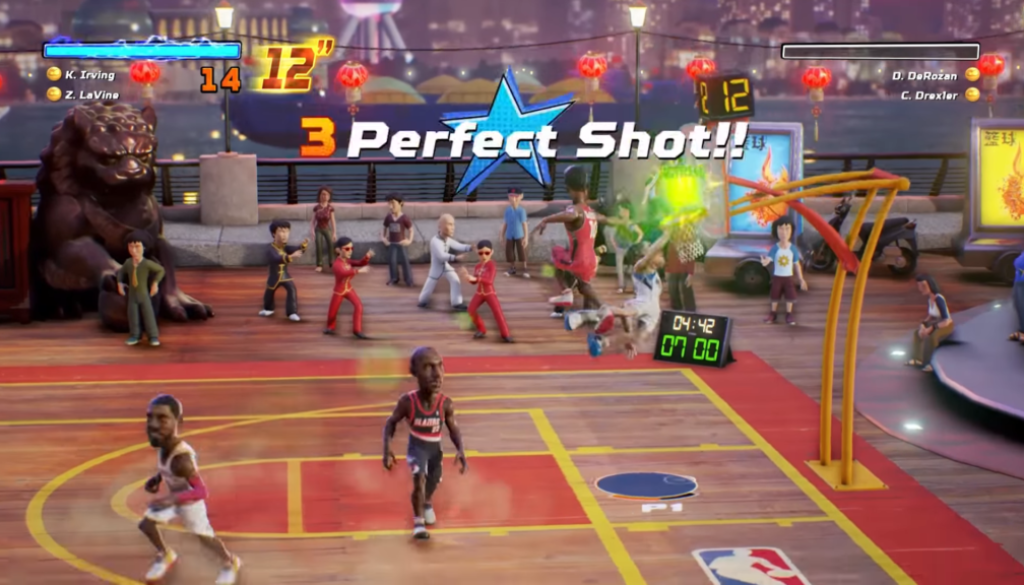 Online matches are ranked and your player score goes up and down depending on your wins and losses. When I played someone online they wiped the floor with my team. Finding a partner to play against took close to a minute. If you prefer to play with nearby friends, up to four people can play in a match. In two player games each person controls two teammates and can switch between them with the press of a button.

The announcers can be disabled, but I found their comments to be humorous at times. If you’re doing poorly they will ask if soda got into the controller or they will recommend lasik surgery. Unfortunately, they will say things like hell or OMG at times. The background music is hip-hop and fits with the theme of the game.

If you like arcade style sports games, NBA Playgrounds is a solid entry with a low price tag. The $19.99 cost is the same for all of the platforms. It’s a shame that the Switch version is so far behind compared to the others and for that reason alone I recommend getting it on another platform if you have the option to do so.