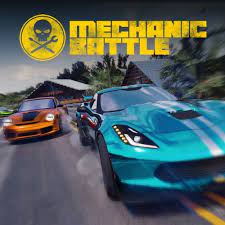 Thank You MobilWay for providing us with a review code!

When I saw the title Mechanic Battle, I expected something more along the lines of the TV shows Robot Wars or BattleBots, not a racing game. Frankly, it isn’t the best title one can come up with.

Mechanic Battle is a very simple game in its premise and execution. You complete in the Grand Prix of the three tiers: amateur, pro, and legend with the vehicle of your choice. Before entering each Grand Prix, you have to qualify by placing in at least third place in a specific number of races, eliminations, or hot laps. Before any of the above. You can fine-tune your car in various stats, affecting its acceleration, top speed, or handling. There are also a few dozen mixtures of colors, decals, wheels, and spoilers to choose from. While the former two are purely aesthetic choices, the latter two can grant bonuses to your braking power and money earned from races.

Races are from a top-down perspective, so it feels more like you’re racing Matchbox cars instead of real vehicles. Maps can range from pretty simple with plenty of straightaways to many curves and sharp turns. While there are less than a dozen unique maps in total, Mechanic Battle sometimes mixes it up to prevent the experience from feeling too repetitive. Sometimes, the map is extended or played in reverse. The three different modes also help in that regard as well. Race is very simple and self-explanatory. Elimination is that every lap, the last placed vehicle is eliminated from the race until one is left. Hot Lap takes the best time out of the three laps for placement so it’s sort of like a time attack. 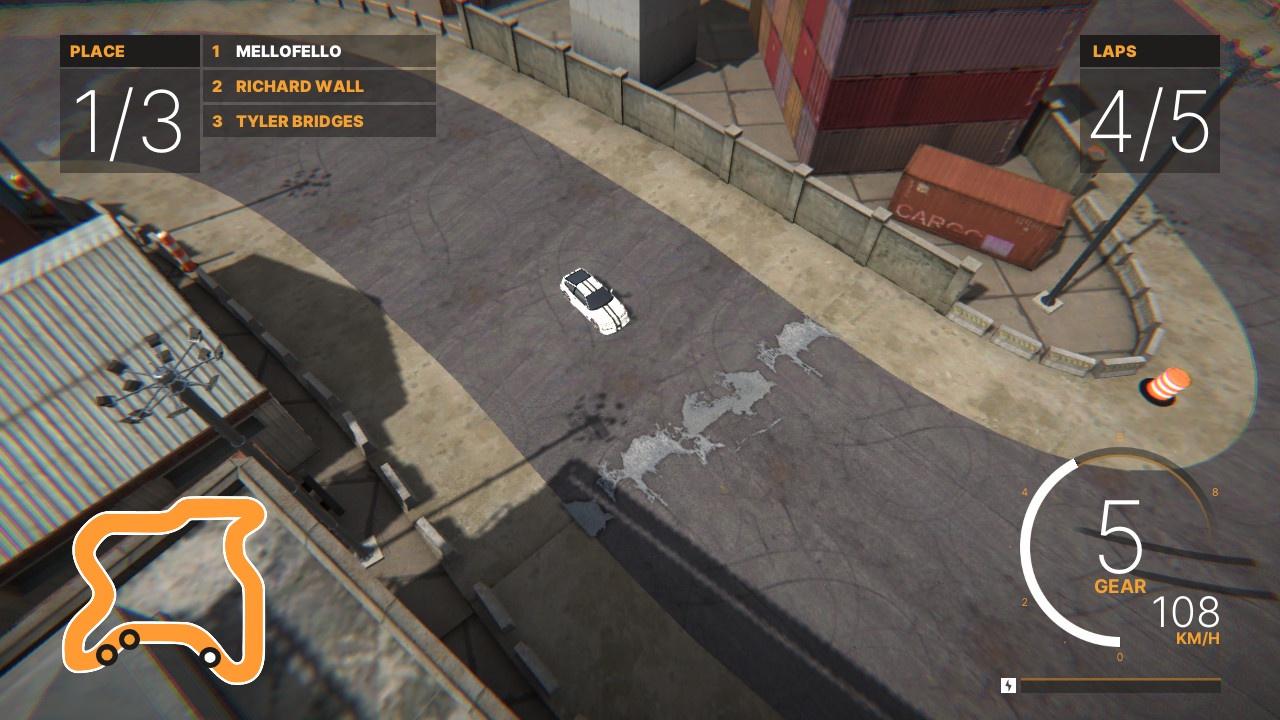 Strong Points: It’s quick pick-up-and-play nature compliments the Switch’s portability; informative user interface
Weak Points: Controls take some time to get used to; only Joy-Cons seem to work
Moral Warnings: Bump into other cars to potentially tip them over; an alcohol reference according to the ESRB

The AI for races do not rely on rubberbanding so passing other vehicles is more reliant on skill. Once you take the lead, you will keep it for as long as you continue to drive well. The vehicle AI for fifth, fourth, and third place won’t put up much of a fight while second and first place will. You’ll mostly place third your first few times until you get used to the strange controls and upgrade your stats. The user interface is done well as you can see everything clearly without many diversions from your eyes. The minimap, position placement, and laps are placed in a way where you can notice all of them well while keeping your eyes on your car.

After earning money, you’ll use that money to purchase upgrades or other vehicles. Mechanic Battle has it so that buying upgrades is a linear progression. You can’t buy the subsequent tier of upgrades until you buy the prior one first. Fortunately, earning lots of money isn’t difficult if you place at least second in the majority of your races. In rare cases, upgrades or customization will have a minigame of sorts tied to them.

While the music and sound effects are good for what the game offers, they can get a little repetitive after a while. There are only a few tracks and they are calm, soothing pieces. Nothing that gets the blood pumping rather putting you in the mood for a relaxing joyride. On default settings, the sound effects can overpower the music with all the screeching of the tires and revving of the engines. 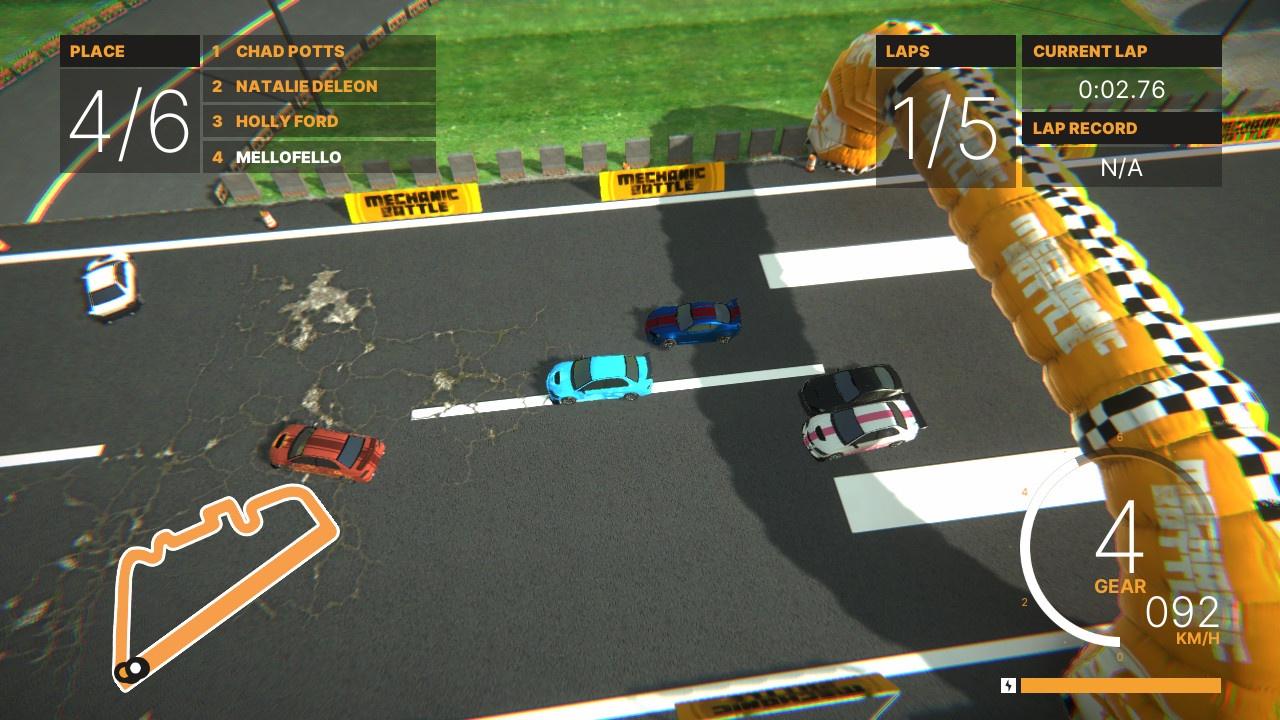 One thing that I found odd is that only my Joy-Cons seemed to work when playing. I tried to use a wired controller as well as my pro controller and neither worked. While the controls themselves are kept simple with left and right on the left stick to turn, ZL and ZR to brake and accelerate, and A to use nitro boosts, I just can’t seem to understand why only the Joy-Cons are enabled.

While violence isn’t encouraged in Mechanic Battle, because of how the physics engine works, it’s kept to a minimum. You can potentially tip over other vehicles while bumping into them. If you get knocked over, you can pause the game and choose the option to center yourself. You may also flip over automatically after a while. According to the ESRB, there are alcoholic references. I personally didn’t see one, but it may have to do with one of the displayed names the AI vehicles can have.

Mechanic Battle isn’t a super deep experience meant to sink dozens or even hundreds of hours into. Not every game needs to be. This experience is best played in short bursts as the quick races complement the portability of the Nintendo Switch. If you’re on a bus or train or waiting for an appointment, you can pull out Mechanic Battle for a few minutes for some brief entertainment. It runs well, looks fine, and is priced fairly. I’ve even seen it for as low as 80% off. And morally, it stays pretty clean.