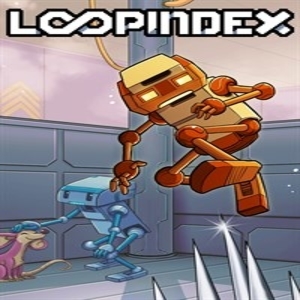 Thank you Ratalaika Games for a review code of this game!

Loopindex is a puzzle game based on the concept of directing two robots around and getting them to obey your commands. There are two robots that you control through the course of the game as you progress through various levels. Loopindex explains at the start of each level what the objective for it is. For example, in level 1, which is a training level, the player is taught the controls and basics of the game and how to command the bots and switch between them. If you wander too far out of the area assigned to the bots, the game will warn, "That’s a no-signal zone! Bots won't receive your commands in there. " The player is also told that the Y button can loop their last command. The objective in level one is simply to get to the other side of the level. It is confusing at first, but when I hit the Y button, The bots moved out of the grid areas on the outer area and into the center, which is the goal of the first level. With this goal attained, the bots are taken down to Level 2 in an elevator. 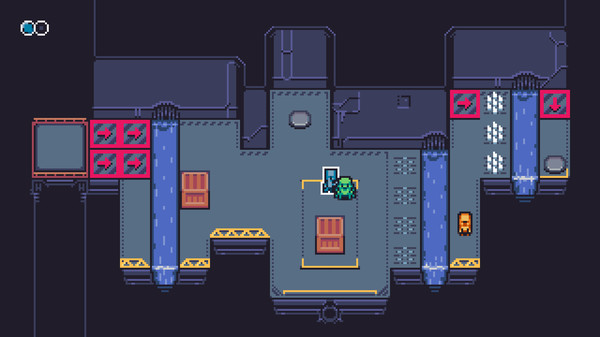 Level 2's goal is The activation of spikes and pushing the boxes around to sit on a center switch. Starting in Level 2, lives can be lost, And you do lose a life if you run into the spikes in this level. Once the player puts the Box on the switch in the center of the level, you are to guide the bots to the elevator that takes them down further into level 3. This was also a bit confusing at first, but I then realized I had to hold both Y and the directional control pad to move the bots. Level 3 teaches the player to move with arrows, and the player progresses through each level during the game and much of the same manner, with each level having a slightly different objective.

Music and sound effects are appropriate for a game about robots. The music in the background is a techno track that loops and then has interesting bleeps and blips as it goes. The sound effects fit nicely with the techno and futuristic environment. There is a loud CLICK as the player switches between the 2 bots, and a clicking and setting noise as they land on buttons and switches. The robots each make noises as they walk that sound like, well a robot walking. 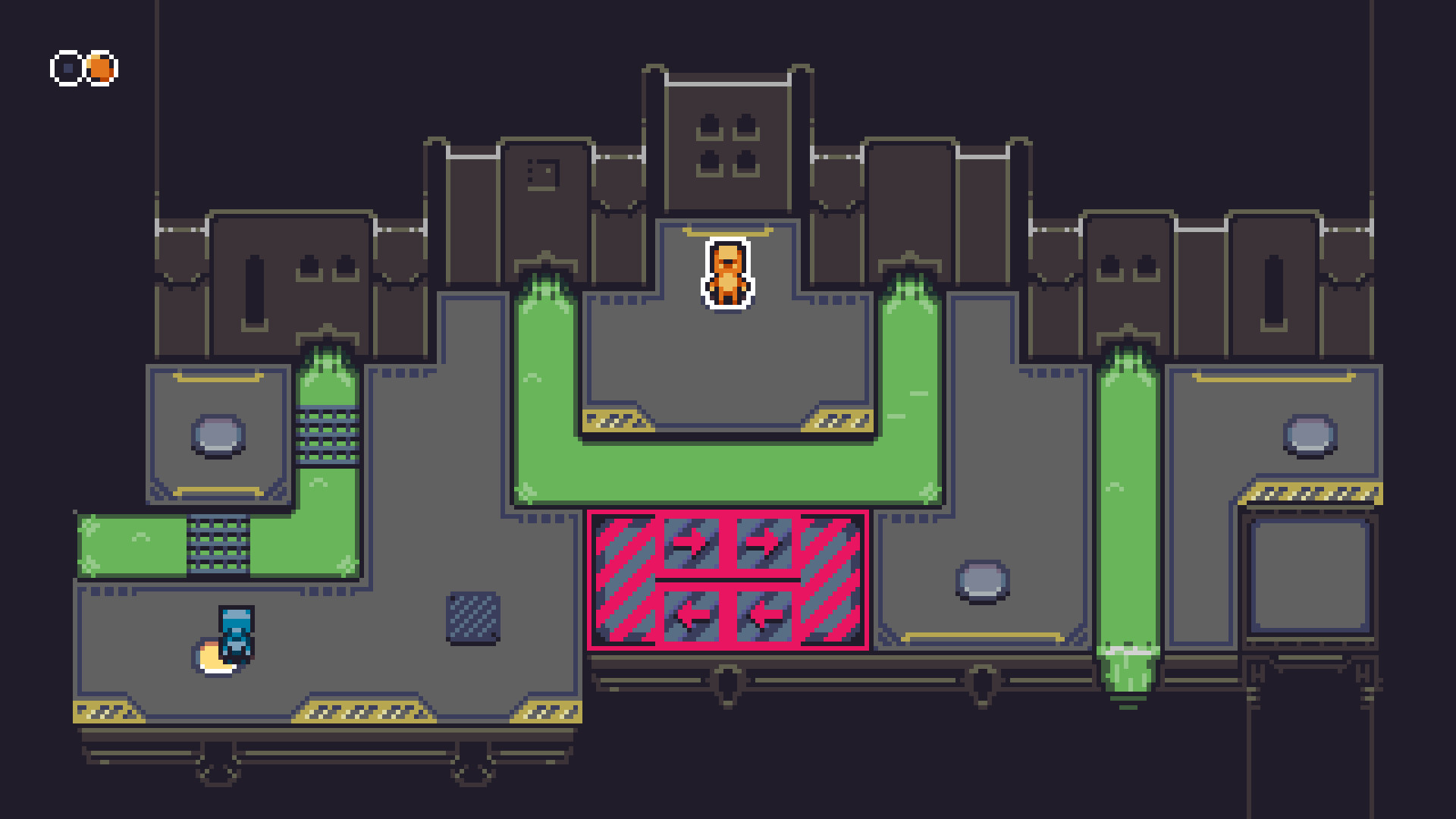 Loopindex is pretty clean morally. There is not a pro-Christian message in the game, but neither is there anything in the game that overtly or covertly contradicts Christian doctrine or the Bible. There is no swearing, as the only dialog present are the instructions on moving the Bots. There is no gore or violence either- when a robot 'dies' , the screen just goes black And the player is back at the start of the level without any penalties. There are no issues with authority or rebellion, and no account magic either, are even any fantasy magic. This is the first game I've been able to give a 100 percent morality rating on.

Are there flaws though? Yes; Loopindex is not perfect. The soundtrack is repetitive and as I found both the soundtrack and the game boring after a while, I can't imagine holding interest beyond a day or two at the most. It's not a bad game; it's just not a memorable one. $4.99 is probably a fair price.