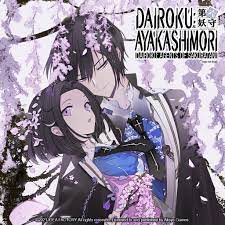 Shino Akitsu has been able to see restless spirits all of her life. She keeps this ability secret, but her cover is blown while interviewing for a government agency. Instead of getting the job she applied for, she starts working for a paranormal agency that protects a realm of the dead called Sakuratani.

Sakuratani is divided into several sectors with leaders (referred to as shires) in each one. Agent Shino Akitsu will patrol these sectors on her route to make sure everyone is getting along. Many of the residents are respectful towards the agents but some of them are troublemakers and cause a lot of commotion. The world of Sakuratani is off-balance due to excessive spiritual energy and the agency is looking for alternative ways to have the demons release the energy in lieu of the ritual to appease the goddess. Most of the story routes involve setting up an event that appeals to the various tastes of the residents to help them blow off some steam in a peaceful manner.

Strong Points: A lot of replayability with various routes and endings
Weak Points: Some of the datable characters are not very appealing
Moral Warnings: This game takes place in the realm of the dead; expect to see occult and reincarnation references; other gods/goddesses are mentioned and have their name taken in vain; language including (b*st*rd, d*mn, sh*t); Nothing more than kissing is shown; sex outside of marriage is hinted at

In order to launch a successful event, you’ll need to gather input from the shires. As you get to know the leaders (or their assistants), you may be able to kindle a relationship with them.

Dairoku: Agents of Sakuratani is an otome visual novel. The otome genre is a reverse harem where the female protagonist can date various eligible bachelors. The first romance option I chose was my workaholic boss. He’s the only datable human in this game. Other options include a seriously strong but lazy elven looking fellow, a flirty and mischievous fox, Oda Nobunaga’s assistant who is kind but has two black horns coming out of his forehead, and lastly a rude street punk with pointy ears. Once you date everyone, you can play through the final route, which has a good story, but no romance.

Each of the character routes has three possible endings: lost love, love, and friendship. The choices you make will impact the ending you’ll get. Fortunately, there’s a colored flame indicator letting you know when you’ve made a choice that appeals to a certain character. Each bachelor has a different colored flame. There are walkthroughs available online to guide you in getting the ending you desire. If you want to unlock all of the character art, you’ll have to play through all of the endings. After you complete each route you’ll unlock more information about the bachelors in the Private Files menu section. 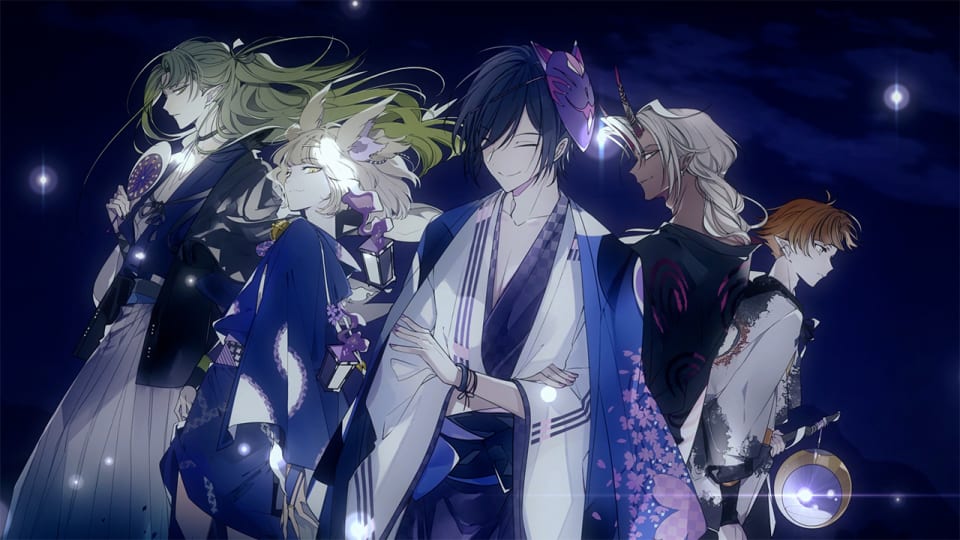 I’m happy to report that the romance endings don’t go any further than kissing. Sex before marriage is hinted at in some of the routes. Sexual references can be found throughout the game. Foul language is pretty frequent as well with words like b*st*ard, d*mn, and sh*t.

Since the majority of this game takes place in the realm of the dead, you can expect to find many themes not compatible with Christianity. There are references to other gods/goddesses as well as reincarnation. When the residents of Sakuratani pose too much of a threat they’ll have to be sealed away by an agent. To do this, a five-pointed star will have to be drawn to complete the spell. In one of the lost love endings you have to seal away your crush. There is some violence and alcohol consumption/drunkenness too.

I have played many Otomate titles and I have to say that I found this one the least interesting. It’s not a bad game, their other titles are just better. The story was alright and I’m thankful for the fast forward function that allows you to skip over previously read text. The datable characters aren’t that appealing and I only found a couple of them engaging. If the trope characters and occult content doesn’t bother you Dairoku: Agents of Sakuratani is worth checking out.