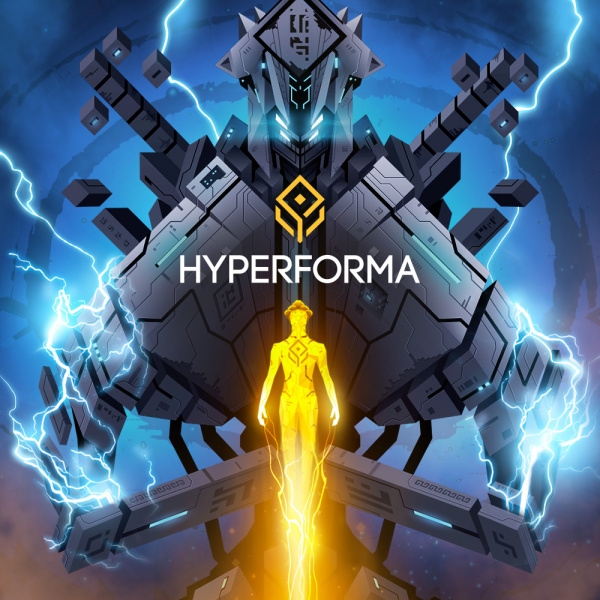 I would like to thank HeroCraft for providing us with the review code for Hyperforma!

I have always been a sucker for puzzle games. I am one of the few people (that I know of) that actually enjoyed playing Minesweeper back in the days of Windows 95. I enjoyed the challenge and the constant feeling of impending defeat. One wrong move could spell disaster if I wasn’t careful, and that “precision puzzling” helped to develop my love for puzzle games of all types. One of my favorite games growing up was a title called Breakout, which was simply moving a paddle back and forth and bouncing a ball off blocks. This game required patience and strategy, and its basic premise has been the inspiration for hundreds of titles like it.

Publisher and developer HeroCraft, along with indie development company Nord Unit, has created a Breakout-style game that puts a “twist” on the classic block-breaking action-puzzle game. Originally for iOS, Hyperforma is a cyberpunk-inspired title in which you play as a hacker in a dystopian future where the only real place to go is online. Being placed on a “quest” of sorts to reclaim a princess, you must digitally flow through the defenses that are impeding your journey. Each new defensive measure makes up a “chapter”, and there are multiple chapters within the game, each presenting more and more difficult puzzles. 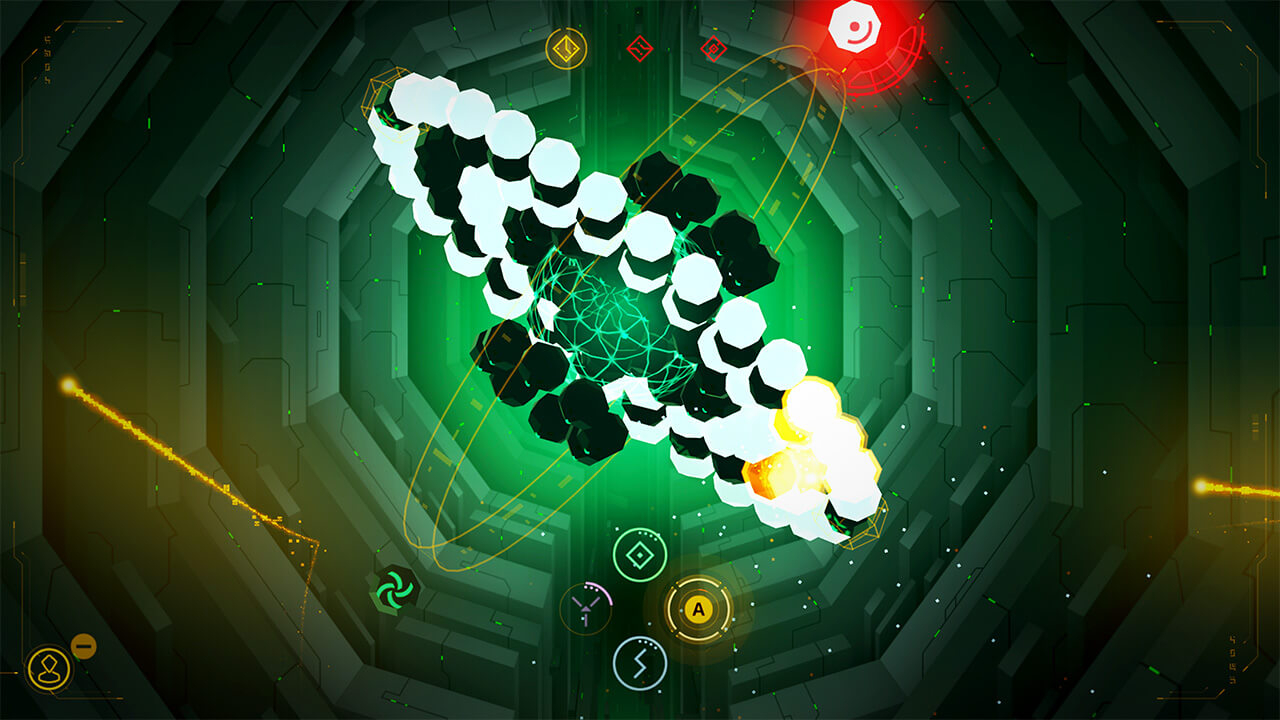 As far as puzzle games are concerned, Hyperforma presents some fantastic additions to the genre. First and foremost are the game mechanics, which take full advantage of the Switch’s Joy-Con controls. The hacker himself acts as the “ball,” bouncing around the field of play while only allowing for limited control. In the center of the screen is a node that the hacker must hit in order to complete the level. It sounds easy, but surrounding that node are various defensive blocks, many of which can only be removed by special abilities used by the hacker. The position of the blocks can be rotated to place certain blocks in the path of the hacker, thus providing that unique twist that I mentioned earlier.

As fun as this block-rotation idea is, I found that using the Joy-Cons' gyroscopic controls to do so was rather problematic. There are two ways that a player can use the Switch controls, connected or apart in each hand, and the latter uses the gyroscopic motion controls to turn the blocks by twisting the Joy-Con left or right. These controls are very difficult to navigate because the three-dimensional landscape doesn’t give the player a good bearing on what left and right actually is. I tried using the motion controls for a time but eventually went back to the analog sticks to progress through the game. I imagine that I am not the only one who thinks this.

I am also one of the many people that love the story elements of this game and think that it adds much-needed depth to the title. Unlike other puzzle games, this one actually has a rather engaging story underneath its surface content. Each “boss” within the hyperforma, or the online world, has a real-life counter-part who played a role in transforming the world into a post-apocalyptic wasteland. The player can learn these stories through collecting “keys” that are hidden within the obstacles in each level. This adds an incentive for players to take the “long road” around level completion and claim as many keys as they can. 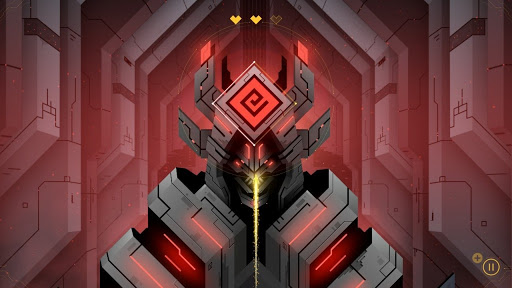 It is true that this game supports 2 players, but only in a special “versus mode.” I played a couple of rounds with my son and found the action to be quite anti-climactic. Even though it is fun to see who can be a better hacker in a cyberpunk world, I see the 1-player campaign as being much more enjoyable.

This game presents very little questionable material, but there are aspects of it that I might shield from younger players. The story text uses such tier 1 curse words like “he**” and “da**,” as well as presenting situations of violence and intrigue. The storyline itself feels like a sci-fi/fantasy hybrid that suggests the use of magic, but it turns out to be technology in the end. Overall, the moral issues of this game are minimal, and that makes for a good puzzle experience that won’t push the envelope.

As an indie game, I was expecting Hyperforma to be an odd experience that really only appeals to a small number of eccentric gamers, but that’s not what I found at all. Through playing this game, I discovered that block-breaking titles can provide much more depth than a simple level by level format. Coupled with a fantastic synth-trad soundtrack and fast-paced action, this game is a perfect addition to anyone's collection of puzzle and block-breaker titles. Make sure to take the advice of the game and use headphones for a more immersive experience; you will be glad that you did.