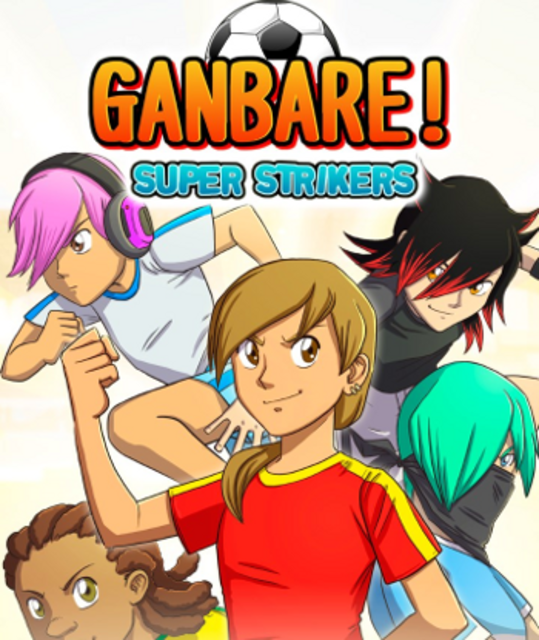 First of all, thanks to Ratalailka Games for the code for this game!

Ganbare! Super Strikers is an intriguing game based on Soccer Tournaments and the World Cup. The game opens with an attractive title screen and catchy music along with an image of a young player in a jersey kicking a soccer ball. There are 2 options of play: Story Mode and Arcade Mode. In Story Mode, you play against another team and you can pick which team you play against as you have the 2 teams compete. Just for fun, I actually had France play against France. In this mode of play, you control a player as the game does a pre-planned set of moves.

As play progresses, the typical moves of a soccer match are simulated and your team moves the ball around the field. As this is somewhat RPG based, status effects from other RPGs are surprisingly present here. For example, paralysis prevents a player from moving to another square on the field, but they can still perform other moves. Poison also has you lose skill points on every turn. Freeze prevents a player from performing any actions whatsoever. The status of silence prevents a player from using Ability Points, and so on. 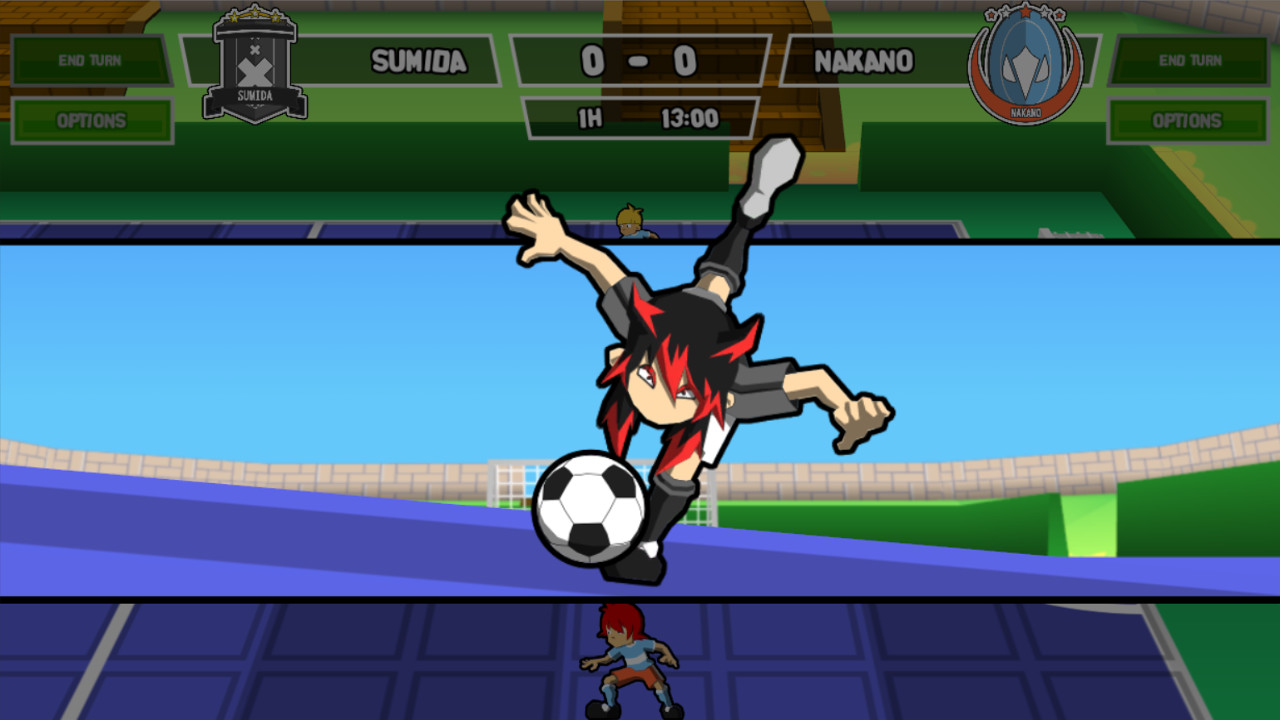 When different players' turn comes up, you are allowed four options: Move, Dribble, Pass, and Shoot. Move allow you to move on the soccer field. Shoot allows you to kick the ball to your destination, but the AI player can block this if it is successful, just like in a real soccer match. Dribble allows you to dribble the ball, and pass it to another player. You can also view the Stats of certain players as you prepare them to make their moves. Matches are timed, and as you are introduced, the player is reminded of this. The timer counts down, just like in a real soccer game, so players are encouraged to keep their eye on how many minutes remain as they plan the moves of the match.

Arcade Mode is a bit different from Story Mode. In Arcade Mode, you have the option of Quick Match, Tournament, and League. Quick Match allows you to choose the Options for a team: 7 or 11 players, CPU vs 1 person, or another player, how long for the half time, and if extra time or penalties will be allowed or not. Once you select a team, then you play against each other. Tournament allows for a mode where you play a variety of matches against each other, and shows the various Matches and Tournament Bracket. 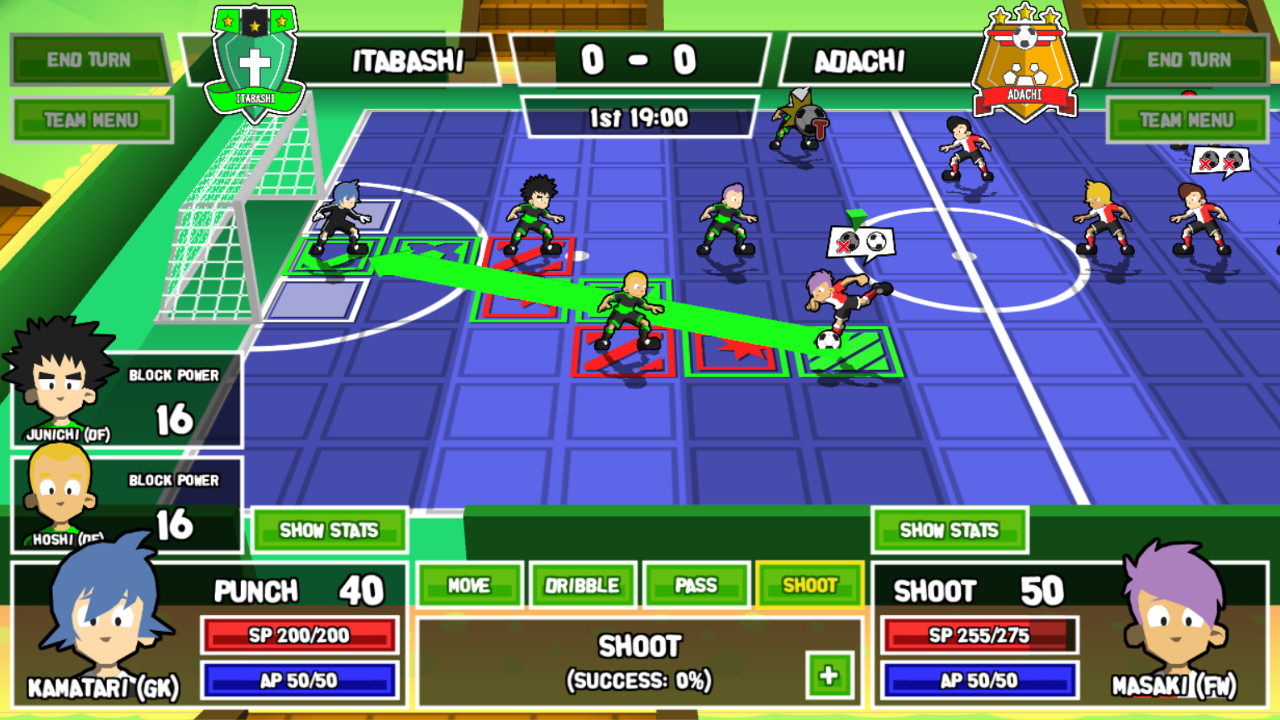 Now, how are the sound and the controls? Well, this is a pretty stable game. The controls are explained to you during gameplay with no ambiguity or confusion whatsoever. The game even explains how to do it as you progress; no instruction manual needed. Soundtrack is pretty energetic and lively, as would be expected for a sports game. In fact, it's so cheerful it actually picked me up when I was down in the dumps with its fast paced and cheery music. Sound effects include buzzers when you are making a wrong move, and an interesting clicking noise when you hit the buttons.

How does the game hold up morally? There are no mentions of God or religion at all. However, there is no demeaning of the biblical worldview either. This is truly just a game where you play soccer, and it is suitable for all ages. The only complaint is that there is sports violence, but that is to be expected in any sports games.

All in all, this is a fun game, it just can get boring if you are not into sports. There are no moral complaints either, I had a good time playing and enjoying it even though I am not a big sports fan.