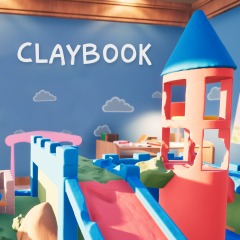 First of all, thanks to Second Order for the code for this great game!

Claybook is an interesting game. It's concept is based on a 3-D environment entirely made of clay and you, the player control this blob of clay to move in a maze-like environment. The game has 3 modes of play: Play Books, Create, and Community Creations.

In the main mode, the tutorial, you control a blob of clay as you move it in a castle like-environment. Different buttons help you shape the clay into different shapes. ZR allows you to carve and remove obstacles in your way. ZL helps you rewind and gain progress. L and R change the shapes of clay. A rewinds and shows your progress. Y allows you to possess a target when a target is nearby. As you progress in this mode, you earn points and rewards that allow you to open up the next level, similar to Cookie Jam or Candy Crush Saga. Claybook's directions as you progress are very straightforward although at times it is not as easy as it looks. On the tutorial, it took me a while to understand I had to change the shape of the clay blob to cross the gap. Once this was solved, though, the rest of the level was easy. 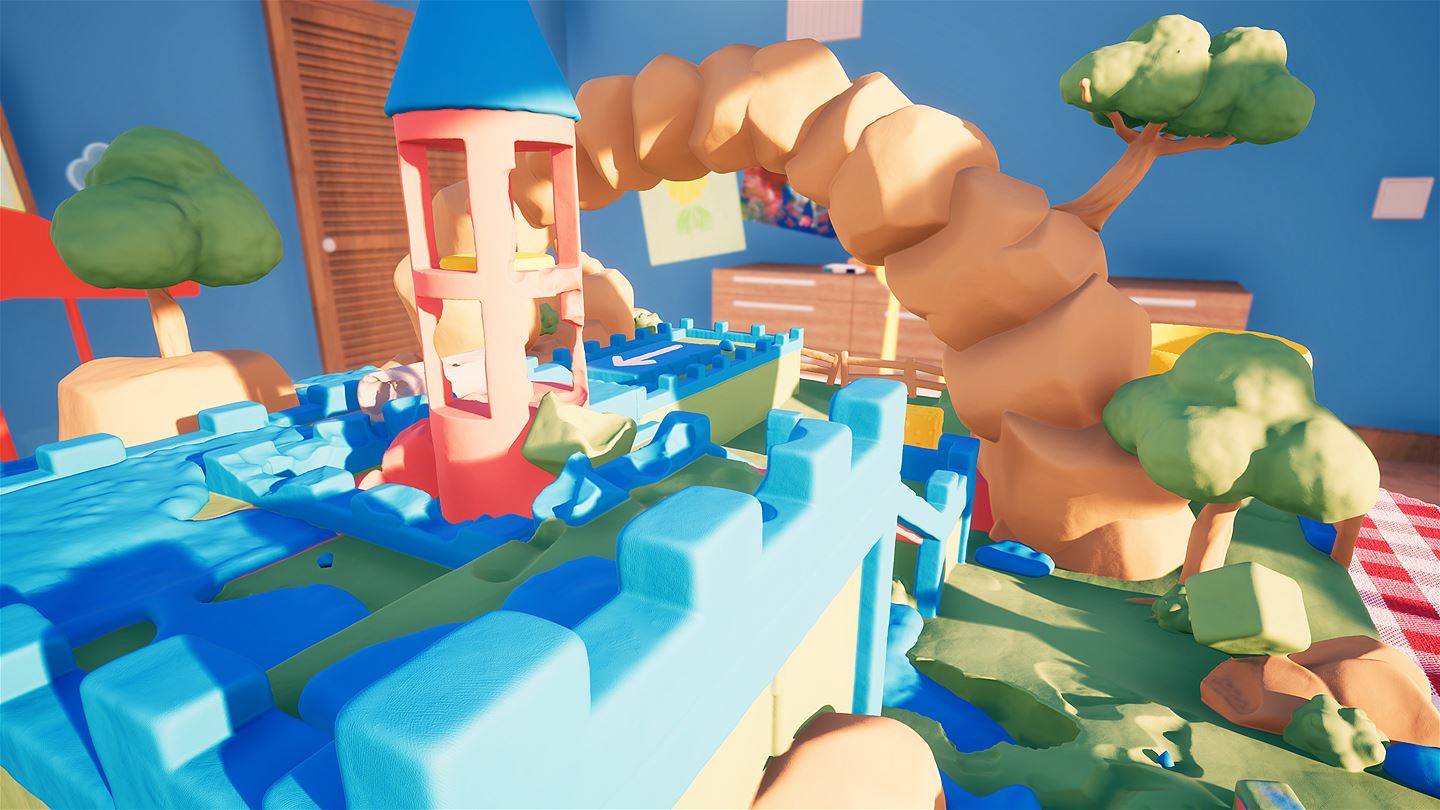 Strong Points: Unique concept; easy to understand; fun environment to play in
Weak Points: Some parts of the game are not as easy as they look
Moral Warnings: Animated violence

After passing the tutorial, each level gives you a different objective to pass. On the first level, Fluid Management, the goal is to destroy a middle tank and fill the other tanks with fluid. As you move through the levels, you gain stars, which are points needed to progress to the next level. After gaining enough stars, I was able to enter my favorite level, Sandbox of Chocolates, in which you 'eat' all of the chocolates in the level. Each level has a different goal and objective and after doing each unique task, you move onto the next level.

In create, you create your own story to either keep private or share with community creations. I chose to keep mine private, but this mode is pretty fun and allows you to be creative within the clay based environment. All modes have a mode called sandbox mode, which allows all clay shapes to be available. One version has a clay rocket that can fly over various areas. As the game is mainly based around clay based objects that rotate and move, I suppose it's possible to create objectionable content, but I did not find any in my experience. If one is really picky, you could say destroying the clay towers could technically count as violence.

The graphics are fantastic, and part of the reason I kept playing this longer than I intended. The 3-D environment really feels like you are actually playing with clay and not a video game, and made me want to go and get out a can of Play-Doh. The shapes move realistically, and it feels like you are actually shaping them. The surrounding environment has a lot of things that appear to be built like a sandbox and it it adds to the fun of the gameplay. The rocket even gives off clay fumes. The entire gameplay is within a sandbox like area, but the background looks like a kid's room and even has a small boy looking over. 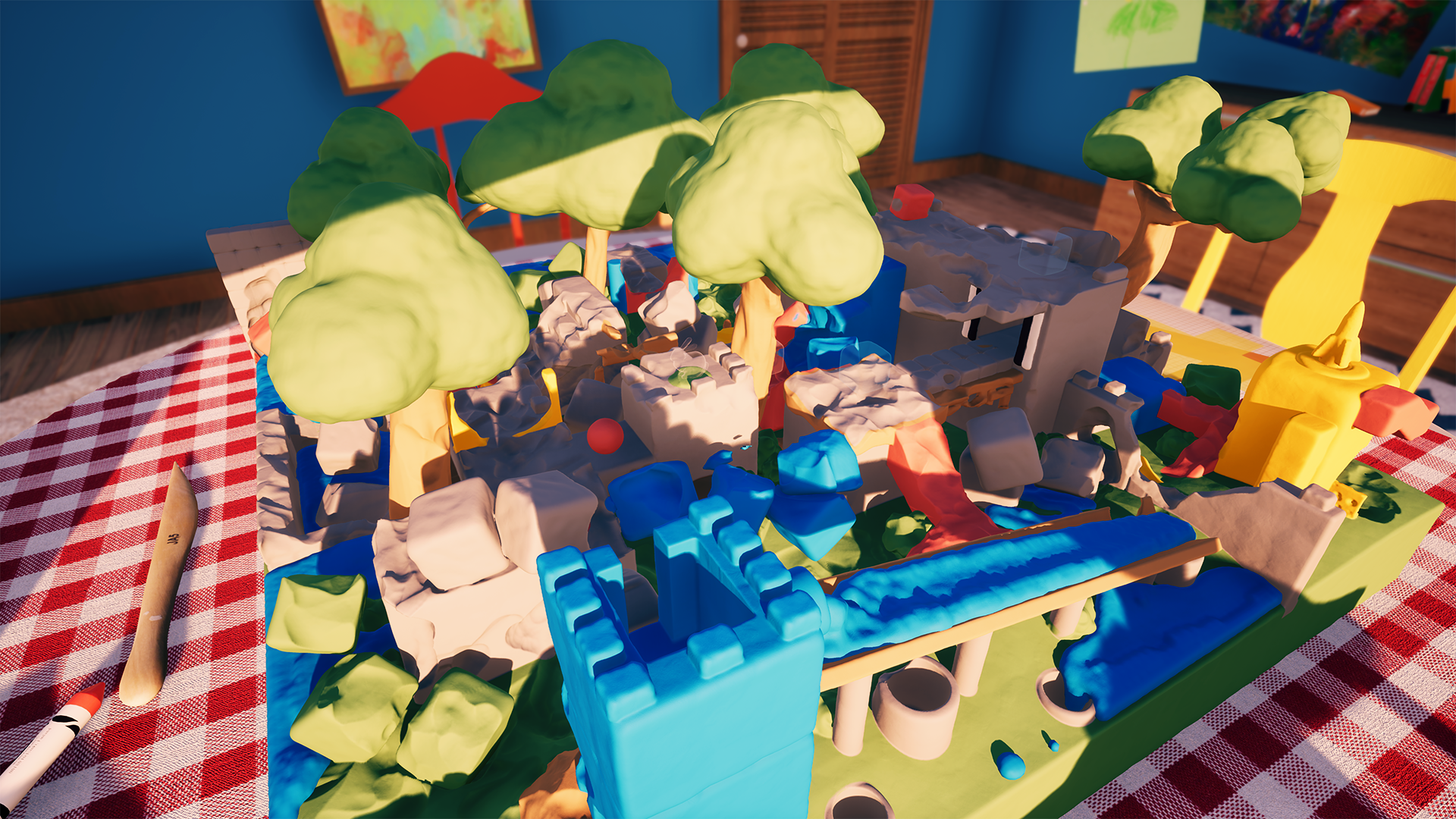 The sound effects and music in this game are almost so cute I had to turn them off. That is not a bad thing, as the designated audience for this game is children. The soundtrack is a sort of semi-classical tune that is still enjoyable for children. To be honest, it sounds like stereotypical tropical island music, or something you might hear waiting in line at DisneyWorld. It is perfect for the game, but not something I'd want to listen to outside of it.

As for morality warnings? Well, this game is pretty clean. There's no violence, nothing occultic, nothing sexual and no gross humor.I think even the most strict Christian parent couldn't find anything to object to in this game. So, this is not only a fun game, it's a pretty upstanding one as well.

In conclusion, this game is appropriate for its intended audience of children and could even contain some hidden fun for adults as well. I'd recommend it to anyone who is looking for something fun for their kids to play that is wholesome too.