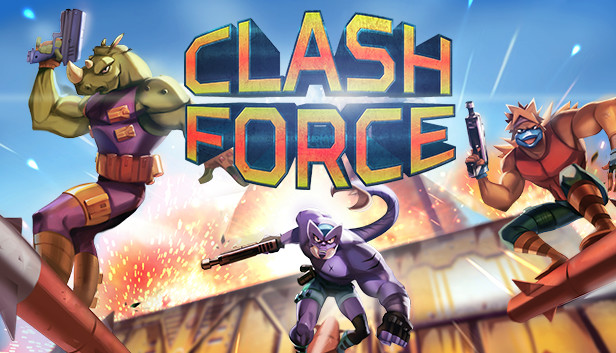 I'd like to thank Ratalaika Games for the review key for this review.

In the eighties and early nineties, gaming had crude pixel graphics where the pixels were large enough to distinguish. To overcome this, they had to make moving those pixels around fun. Clash Force is a game that tries to emulate this winning formula by making you have fun in a retro action platformer.

The plot is kicked off by a Saturday morning cartoon villain named Crackman and his lovingly traditional take over the world with an army of robots scheme. This is married to an equally charmingly cliche specialized squad of anthropomorphized animal heroes who are the only hope of stopping him, the titular Clash Force. Utilizing a lot of jumps over liquid hazards and bottomless pits alongside lots of pixelated gunfire, these brave heroes set out across multiple different areas to take back the world from Crackman's evil. 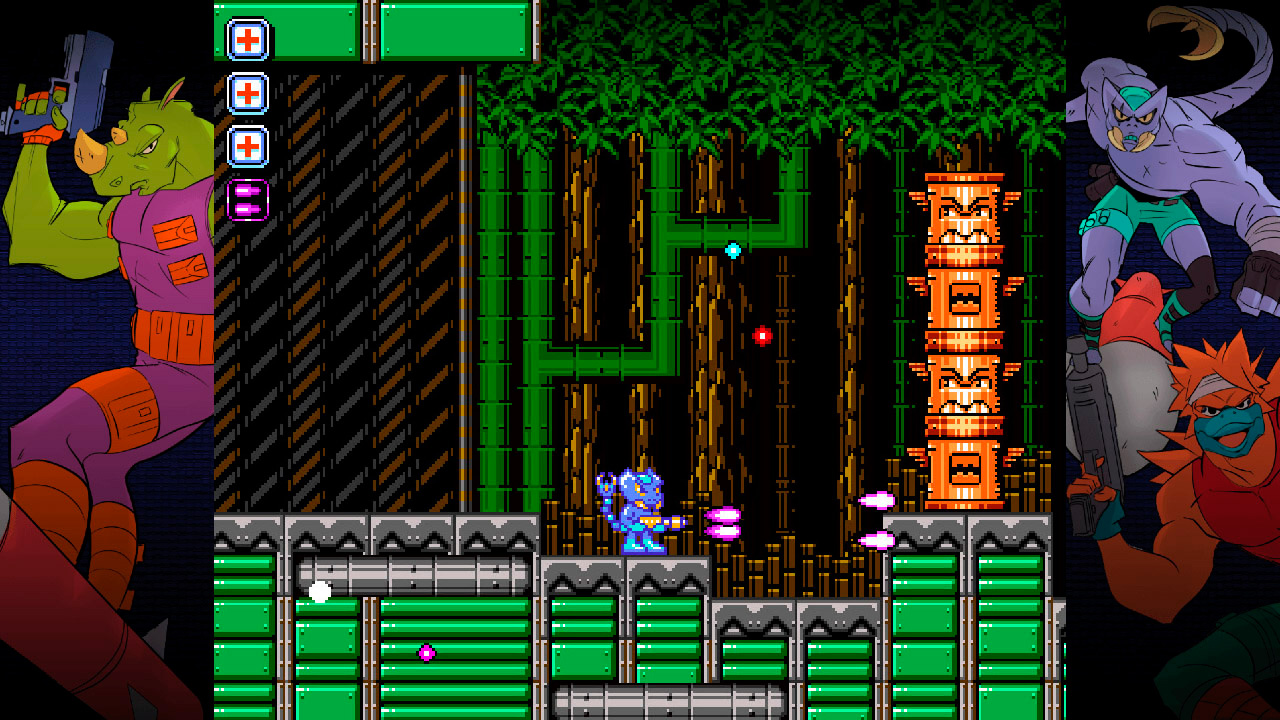 Strong Points: A nice retro love letter to the action-platformer genre
Weak Points: Not much else except running and shooting to do in-game
Moral Warnings: Pixelated shooting of cartoony robots

Your heroes are Voom, a rhino man, Scorpio, a scorpion man, and Echid, an echidna man. All three control the same, so your choice of hero is purely cosmetic. You have a jump key and a weapon fire key, and that's pretty much your main arsenal to make it through the game. Aside from collecting weapon power-ups that change the rate and spread of your default gun, this is not a deep game. Then again, given it's a loving throwback to the days when games were simple fun to counter their crude graphical presentation, that's the whole point.

Graphically, anyone who played an NES platformer game would shed happy nostalgiac tears, as they've got all sorts of bright colors and vibrant pixel graphics for forests, deserts, and everything else in between in 8-bit style. The animation is simple yet butter smooth, and the varied robot enemies stand out just as much as your heroes. The color palette is easy on the eyes and fits the 80's cartoon aesthetic to a T.

Sound is a mix of 8-bit blips and bleeps and nicely rendered heroic sounding chiptunes that aren't overly impressive but set the optimistic good vs. evil mood nicely. I played on a handheld Switch and found the music and sound effects sounded crystal clear. 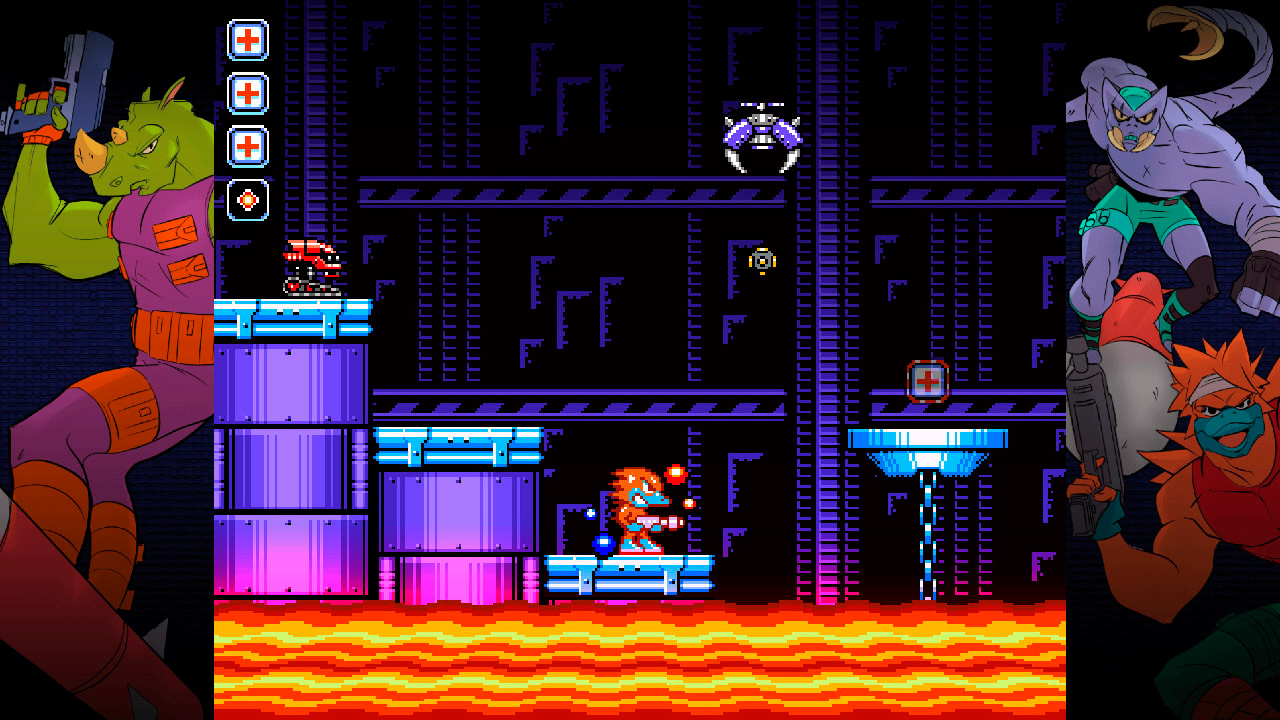 Controls are very simple. You have a fire key and a jump key. The other two buttons and top buttons are essentially redundant or do nothing, and it requires less than a minute to get used to the controls if you never played a platformer game before. I played it on a handheld Switch and never found the controls too much a strain on the hands. My only complaint is that jumping feels a bit floaty, though it might be argued that's part of the retro platformer experience, for which that was a common observation.

Stability is just fine, game loads nigh instantly. The game has a stage select feature that lets you resume any level you have beaten previously, so you can turn off the game and jump back in where you last left off at any time. The difficulty has three levels, you can pick how hard or easy you want the game to be, though experienced platformer players may still find this a bit easy even on hard. There is not much else to configure save turning off the sound if you like, but I wouldn't, it sounds rather nice in my opinion.

Morally, this is not a troublesome title. Aside from shooting a bunch of pixelated gunfire at robots that disappear instantly upon defeat, this is a pretty clean game. There are no issues with bad language, sexual content, nothing occult or supernatural, and the plot is a pretty black and white Saturday morning cartoon heroes saving the day story.

Overall, for a title that sells for around 5 USD, you get more than enough to make the purchase worthwhile with over 20 levels to have fun in. If you're old enough to watch a Saturday morning cartoon, there is nothing in here I'd be worried about a child seeing from a moral perspective. In general, if you want a nice love letter to the retro platformer era of the NES days, this is a good place to start.