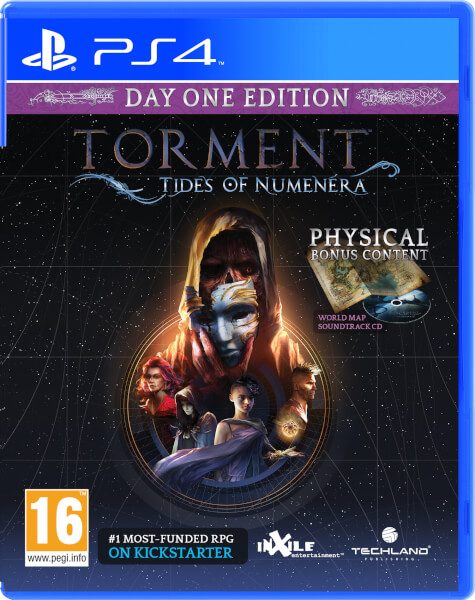 Thank you Techland for sending us a review copy of this game.

There are few games today that bring back nostalgic feeling of the great PC RPGs like Baldur's Gate 1 and 2, Icewind Dale 1 and 2, and the Neverwinter series. I read on forums and other reviewers how Torment: Tides of Numenera (Torment) gave them that feeling of classic RPG games that are about story more so than just combat. I loved each one of the games I mentioned above for their wonderful story, characters, world exploration, and combat. Torment brings back a lot of those wonderful feelings, but not perfectly.

Torment has you play as a cast off from a being who has the ability to transfer their soul from one body to another so that it can live for thousands of years or more without the fear of death. The cast offs are then left with no memory of their past, or at least fragments of their past lives they had when they were controlled by this being.

When you first start this game you are cast off and sent to Earth below and then you have to find your way out of your subconscious while getting a little idea (and I mean a very little idea) of what happened to you and where you are. When you wake up you are greeted by two strangers who say they want to try to help you, and thus your journey begins.

As you adventure across this massive world you meet an innumerable amount of people who seem strange and interesting. These people have a lot of interesting things to say, and also many secrets. As you spend time talking to them you find out more and more about the world around you, the individual you're talking to, your own party members, and possibly your former host. Also these people might ask you to do them a favor, or send you on a quest far away. 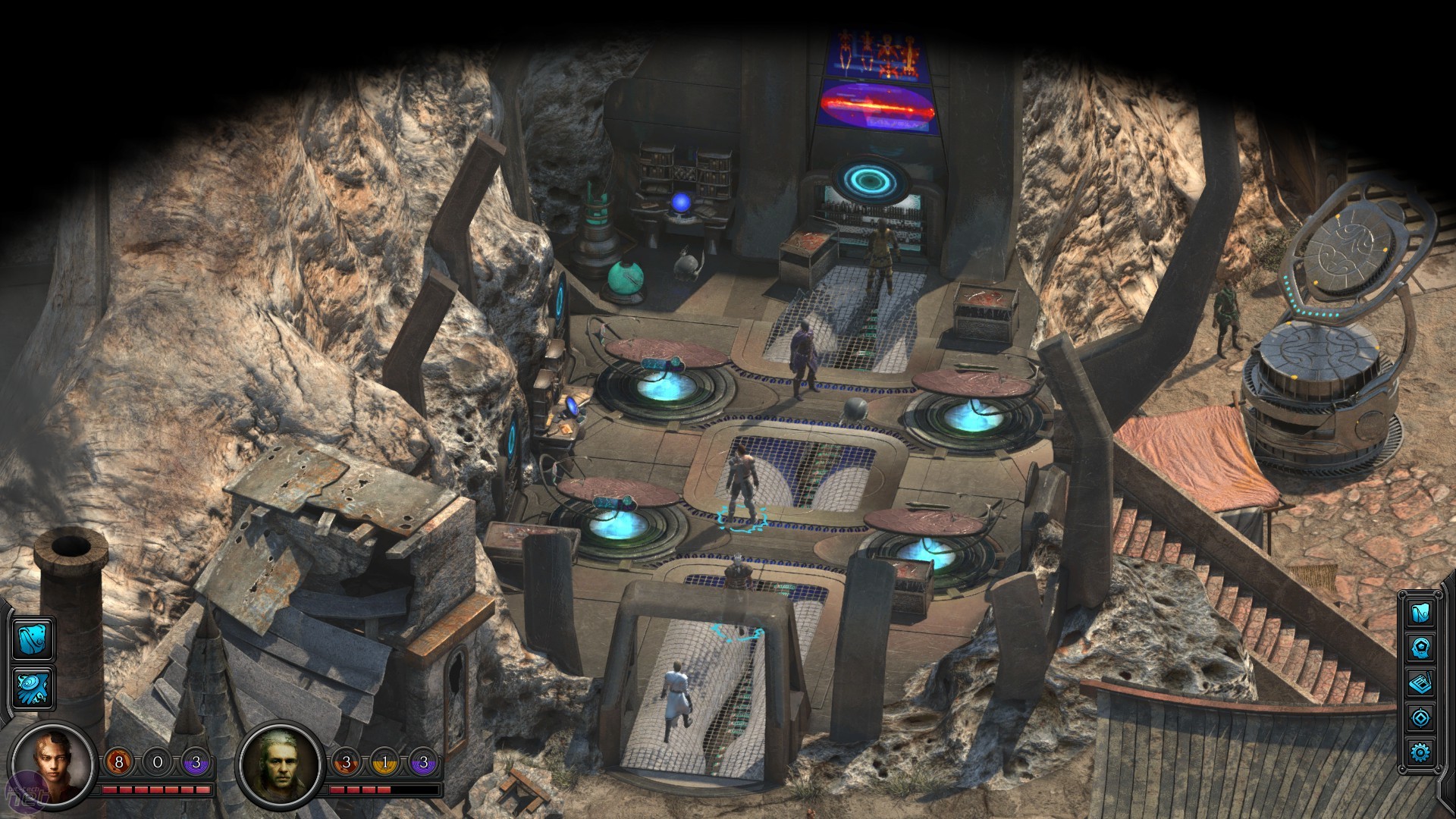 Strong Points: Long and excellent story. Massive open world to explore. Many characters from party members to NPCs to meet and get to know.
Weak Points: Very deep dialog system that slows down the game to a crawl. With such a long story it could take players many hours to really get into knowing the world and how everything flows and operates.
Moral Warnings: Language throughout. Blood is present in battles. Some sexual themes throughout the game. Tons of magic throughout the game. Not suitable for children or teenagers.

This is the type game that requires the player to not rush, and talk fully to every NPC character in the game, because it offers what I mentioned above as well as advances the story of your journey. Every NPC is important and will play a part in your quest to discover your truth. Sometimes, when you are talking to a NPC or one of your party members an amnesia flashback occurs which gives you more insight into your past and also helps you on your journey forward.

A player could easily sink well over 100 hours into this fantastic world and still have more to do. It's a daunting challenge that many fans have been waiting for. This is a spiritual successor to a critically acclaimed classic RPG video game called Planescape: Torment which was released in 1999. Fans of the original funded a Kickstarter program to get this sequel made. The developer for the most part delivered, but wasn't able to add all the content they promised at launch of the game, but they have with a series of updates and patches been fulfilling their promise to bring all the content they announced to the game. Maybe this will cause some to replay the game after they complete the massive story, or to just patiently wait until all of the content is released in the future. With such a massive game at launch it would probably be the most hardcore fans who would replay the game at a later date once all the content is released, since it's already a 100 plus hour game.

In my short time with the game I found there is so much going on that I could spend many months trying to discover everything in this massive RPG. Fans of the game will lose themselves in the many stories, quests, and massive world. This could be a game that could be talked about in the same reverence as its spiritual predecessor in years to come.

The art style in the world is like the old school RPGs I mentioned above. It has an isometric camera angle which works well and moves very smoothly. The animations are good not great but it works for this type of game. I enjoyed the atmosphere of each area you visit. It made me feel that I was really in a special world that the developers took great care to bring to the fans.

Sound effects are solid, but not at the level of a AAA game, which is not expected based on the budget of the developers, and frankly not needed. The sound is more than adequate for this type game. I enjoyed the voice acting that occurred from time to time, and the background sounds for each area you explored. 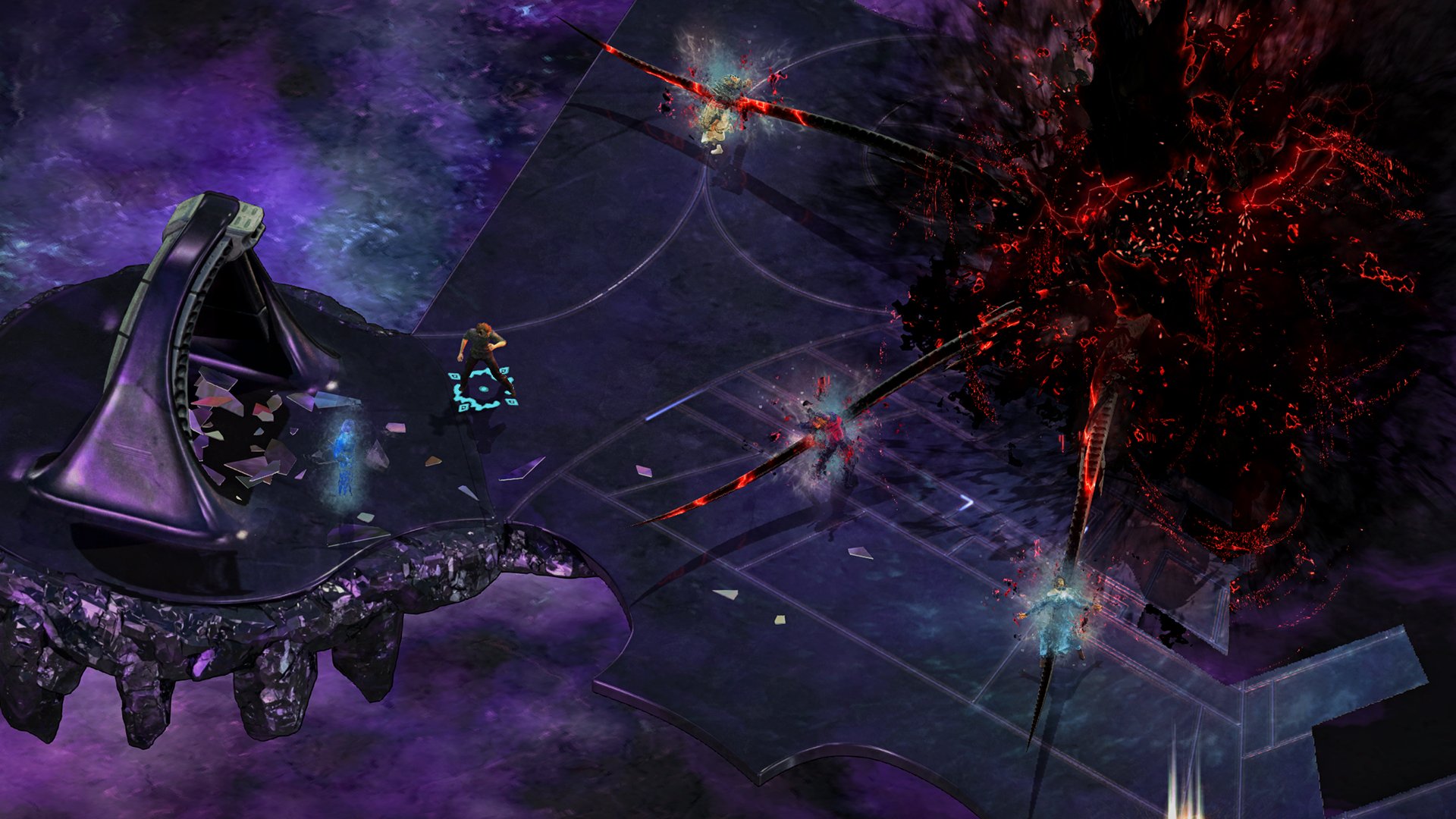 The controls are traditional turn based RPG in combat. You take turns setting up what each character will do and then the game will execute those decisions you made for each of your party members. For example, you might have one party member do a standard attack, while another party member will cast an ability or special skill. It's pretty much like all turn based RPGs.

Last positive thing I wanted to mention is the stability of the game. the stability is really great, with very little lag or freezing issues in my time with the game. This is refreshing since there have been many games released recently that have had huge stability issues.

The one major negative I found in playing this huge RPG is the overwhelming dialog that you have with every character you meet. This game requires you to talk to everybody, and then ask some of the questions over again to get a different response that might open more important info you need to know. This process could have you spend quite a few minutes with each character you come across. This to me slowed down the advancement of the story to a dead crawl. I knew I had to keep doing this if I wanted more information that could help me in the long run of my adventure.

I never encountered any use of the Lord's name in vain, which is a plus compared to many games made today. In the rating of this game there is a mention of "Sexual Themes", but so far I haven't seen any. I would not recommend this game to anyone that isn't an adult since it has a Mature rating.

Torment is really for two types of gamers. The first is the fans of this series, and have been dreaming of the day that Planescape: Torment would have a sequel to enjoy. The second is for fans of old school RPGs who love taking their time and enjoying a wonderfully crafted world made by developers who have determined to bring a game that will bring back those classic feelings from old school RPG gamers worldwide.

I enjoyed my time with Torment and plan to go back enjoy it more in the future. I would wholeheartedly recommend this game if you love a long story driven adventure with many colorful characters and a lot to see and do. These types of video games are few and far between, and I look forward to more of these classic RPGs to make a comeback.