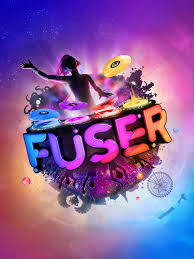 Thank you Harmonix for sending us the VIP edition to review!

Harmonix has been around since 1995 and I have enjoyed many of their music-based games including Dance Central, Rock Band, and Guitar Hero. I also thoroughly enjoyed DJ Hero 1 & 2 which were published by Activision. As fun as many of those games are, I’m glad that the era of plastic video game accessories is long gone. I get the same satisfaction of mixing together multiple songs as a DJ via software instead of requiring a dust-collecting, battery-sucking controller.

Upon launching the game you’ll get to customize your character and some of the outfits are rather revealing. I never dreamed of wearing a business suit jacket without a shirt before! Once your character is customized, you’ll be prompted to calibrate the audio for accuracy.

This game takes place at a (pre-COVID) audio festival called FUSER where any aspiring DJ can take the stage. Lucky for you, you’ll get shown the ropes by many up and coming DJs who get weirder throughout the game. One of the guides is non-binary and another one acts like a hippie. There are six venues to play at and you’ll work your way from the early morning shows to the midnight rave timeslots.

Each venue typically has six time slots and they are usually themed by musical genres and/or time periods. Before each set you’ll want to customize your song list to match the tastes of the crowd. Some of the genres like Country or Latin only have a few songs to choose from. Be sure to buy songs with in-game money to cover all music types! Along with music tracks you’ll also get to select your synthesizer instruments and distortion effects.

Strong Points: Lots of music to fully customize and integrate with other tracks and genres
Weak Points: Experienced multiple game crashes (usually right after waking the PS5 up from rest mode); the controls are a little finicky at times
Moral Warnings: Some language (hell, *ss); blaspheming; sexualized lyrics; some very revealing and bra-lass outfits available

Once your crate is filled, you can start the venue. I always handpicked my songs and effects, but there is an auto-fill option available if you’re in a rush. Your DJ guide will give you some suggestions on how to begin your songs and maintain the crowd’s interest. Many of the suggestions have a time limit, but some of them will have an infinite amount of time to complete. Completing the requests will score you some points, but ignoring them is possible too. People in the crowd will also make requests and you can get bonus points by completing multiple requests at once. The songs are sorted by artist, year, genre, and instruments used. People in the audience will ask to hear specific instruments, time periods, and genres.

You’ll have four turntables that have default modes for backdrop, base, synthesizer, and vocals. Later in the game you’ll learn how to double up and override their default configuration. Timing is everything and you’ll want to swap tracks, change the tempo, key, and scale on beat. If you miss the beat, the audience will be disappointed. Queuing up and fading in/out songs is also crucial for keeping the audience engaged. To add originality to your mixes you can create your own string, drum, and synthesizer loops, or just play on the fly!

Depending on your performance, you can get up to five stars per stage. Replaying them is always a possibility if you want to improve your score or just earn experience to level up your character. As your deejay levels up, they will earn style coins for customizing their wardrobe and music tokens for buying music with in-game currency. DLC songs are available for purchase with real money and new songs are added weekly. Songs in this game are like LEGOs; the more you have available, the better stuff you can make!

Some of the in-game songs unlock after certain venues or level requirements are met. The songs that have a level requirement will take many hours of grinding to unlock. Purchased songs are immediately available. While the main game boats of over 100 songs, the VIP edition comes with twenty-five additional DLC songs and some exclusive attire. There’s a wide variety of artists and music genres available.

The subject matter of the songs vary and some of the tracks talk about drinking and hooking up. There is some language (hell, *ss) in the game as well. I didn't hear any stronger language than that so the tracks may be edited. I did hear some blaspheming though. 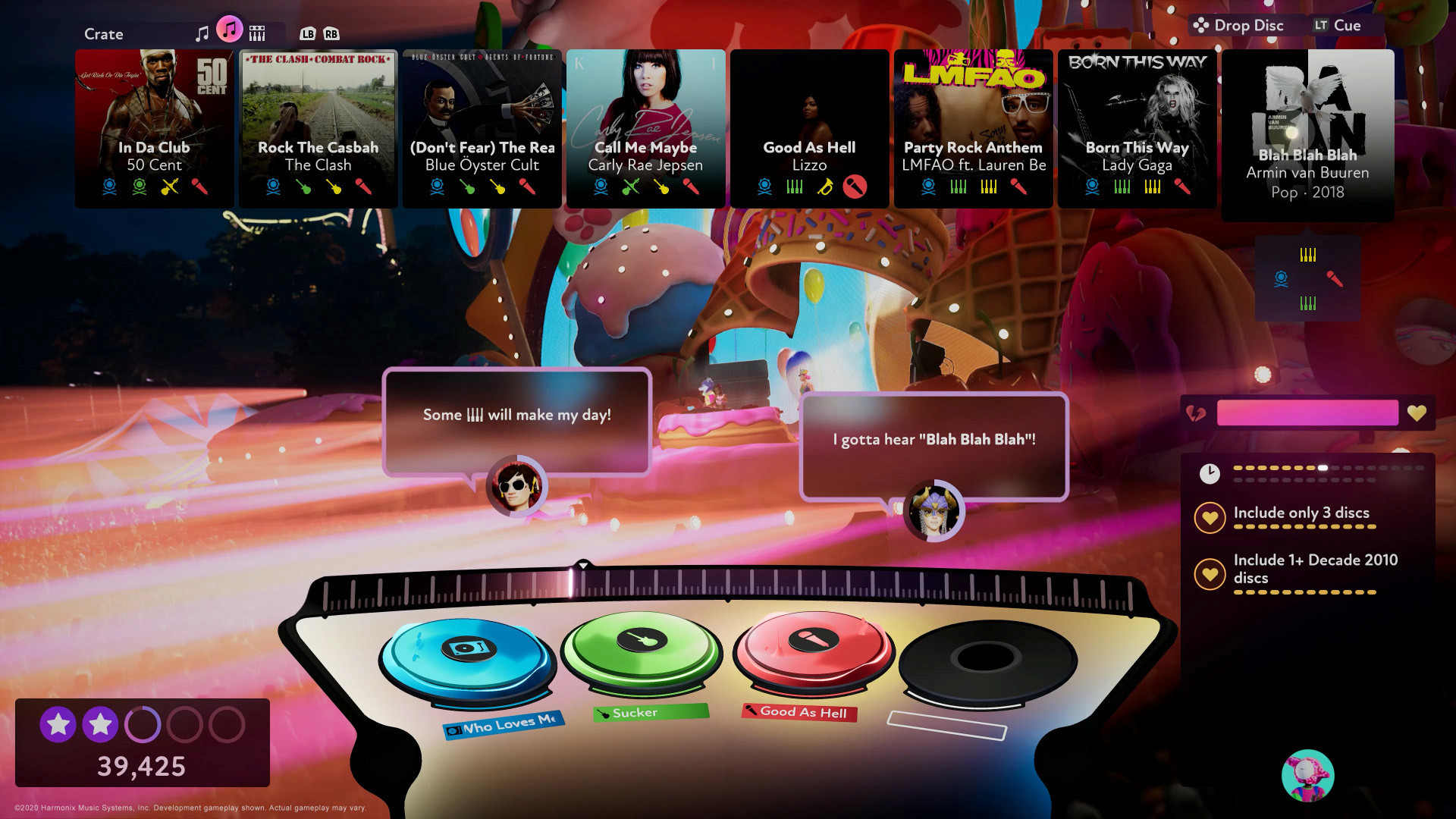 Fuser uses the Unreal engine and visually it looks great. The venues are all unique with plenty of eye candy. There’s a lot of variety of looks and outfits you can apply to your character.

Online battles and collaborations are a possibility if you have PlayStation Plus. You can also share your mixes with the world if you deem them worthy enough. I was happy to get three stars on my performances.

The controls can be a little finicky at times as the DJ guide will tell you to drop a disc, but there are multiple ways to do so. If you don’t do it as they intend you won’t get credit for it. My only other complaint is that this title crashed upon waking the PS5 from rest mode on multiple occasions.

If you ever dreamed of making your own music mixes, Fuser will scratch the itch nicely. I recommend getting the VIP edition so you have more songs to make masterpieces with. 20% off sales make this game even more affordable on the PlayStation store. With new songs dropping every week, there's plenty of replay value if you're okay with DLC purchases.