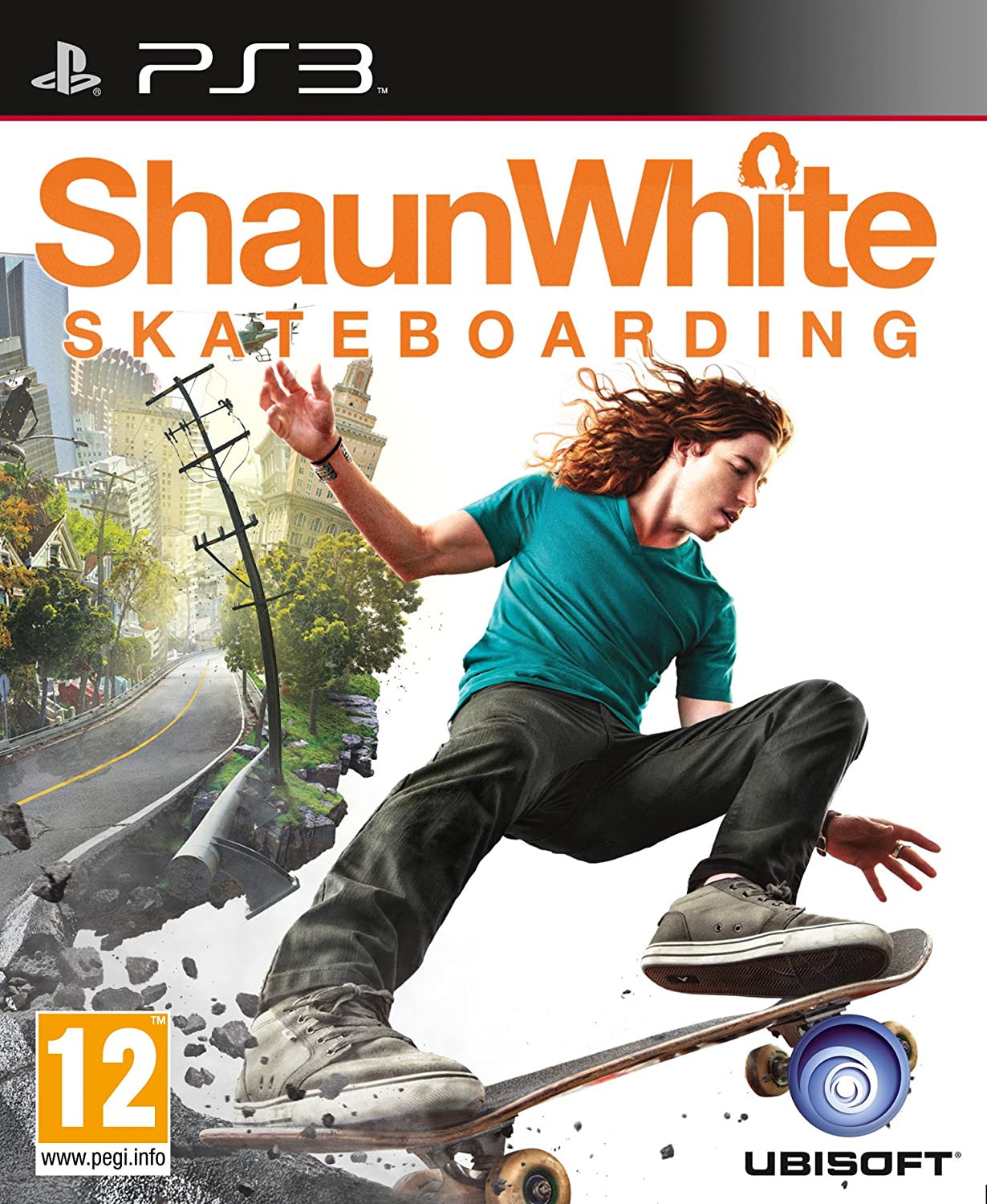 Before Shaun White was an idolized Winter Olympian, he was also a champion skateboarder. At the 2022 Winter Olympics, representing Team USA, (with a black and white snowboard, bearing his name), he referred to it as his “Last run.” It was in January, three days before qualifying for the Beijing Games, Shaun said, “I had my sights set on competing in Italy [in 2026].” Apparently, Shaun does not have his mind set on competing in Italy in 2026. He also mentioned, “I got pretty excited about the idea of finishing my Olympic career where I started it [in 2006]. But through this process, I realized I don't think I can do another four years, mentally or physically. This is going to be my last go.”

The red-haired risk taker, Shaun White, made his video game debut back in November 16, 2008, called Shaun White Snowboarding, which was the 20th best-selling game of December 2008 in the United States. After the anticipation for another Shaun White video game, Shaun White Skateboarding was released in September 30, 2010, for Microsoft Windows. While the main story is 11 hours, there is much criticism over the unrealistic graphics. Instead of covering every accomplishment on Shaun White’s resume, let’s get down to the nitty-gritty.

Changing up Shaun White’s skateboarding formula, Flow is a trinket that is used in the game. Flow is a score modifier that gives the player more influence for each trick they land, but having Flow in the game feels like a forced method of following all of the game mechanics. If your player does not land properly, you reset back at the saved level you started. Thanks to the right thumb stick controlling your ollie and flip tricks, the move you desire is not under your control. 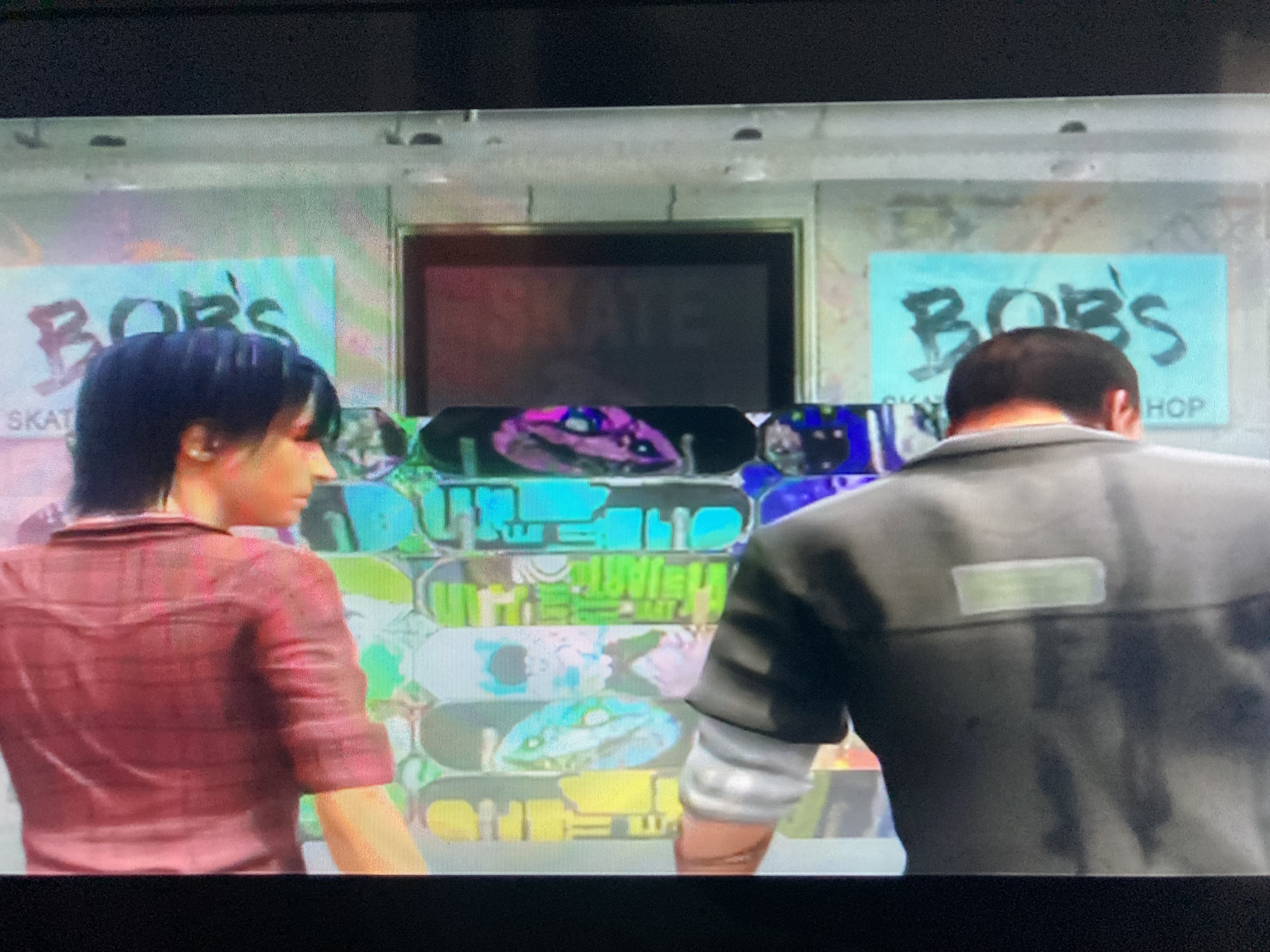 Strong Points: You can add color to the black and white environment by performing tricks
Weak Points: The right thumb stick controls your ollie and flip tricks, but the move you will perform is not under your control
Moral Warnings: Some characters use language like “dumb*ss,” “h*ll,” “cr*p,” and “d*amn”; sexism

Green shaping rails can shape as you grind them, which can further remind you of how unrealistic the game is. Having shaping rails can feel distracting if you prefer to reach your destination the regular and challenging way. There is a lack of details on the character’s faces and clothes, as well as environment, but the shaping rail will often have you grinding in midair to separate surfaces. There is also the green shapable vert that might as well be an imaginary ramp, but you can perform tricks from the transparent shapable verts.

Playing this game gives us an arcade-like feel where we can grind rails and ramps, as well as perform a variety of over-the-top tricks, all in the fictional city of New Harmony. You are a part of a group of free-thinking rebels (known as The Rising) trying to restore color and individuality back into the world and they idolize Shaun White. Shaun White is captured and studied by top scientists in hopes of learning how he has been able to transform the city with his skateboard antics. He is left imprisoned behind a plexiglass window surrounded by guards and he hands you a used, magical skateboard, through a door in the glass.

The guards seem fine with the unusual act of Shaun White giving you his skate gear. After hearing Shaun say, “Oh, wait a minute. I almost forgot the most important thing! Here you go. Hey, this skateboard, it’s gonna set you free,” He is escorted out by the guards, a message on the front of the skateboard says, “Who Are You,” and you are standing in a gloomy subway.

The game is full of mindless fun in an urban environment, but the reason why you should avoid enjoying every activity in your path appears evident. While you are busy skating in a city controlled by the mayor, restricting every ounce of fun, with your magical skateboard, you have the power to change that. The regime (known as The Ministry) has been strict for the past 20 years. 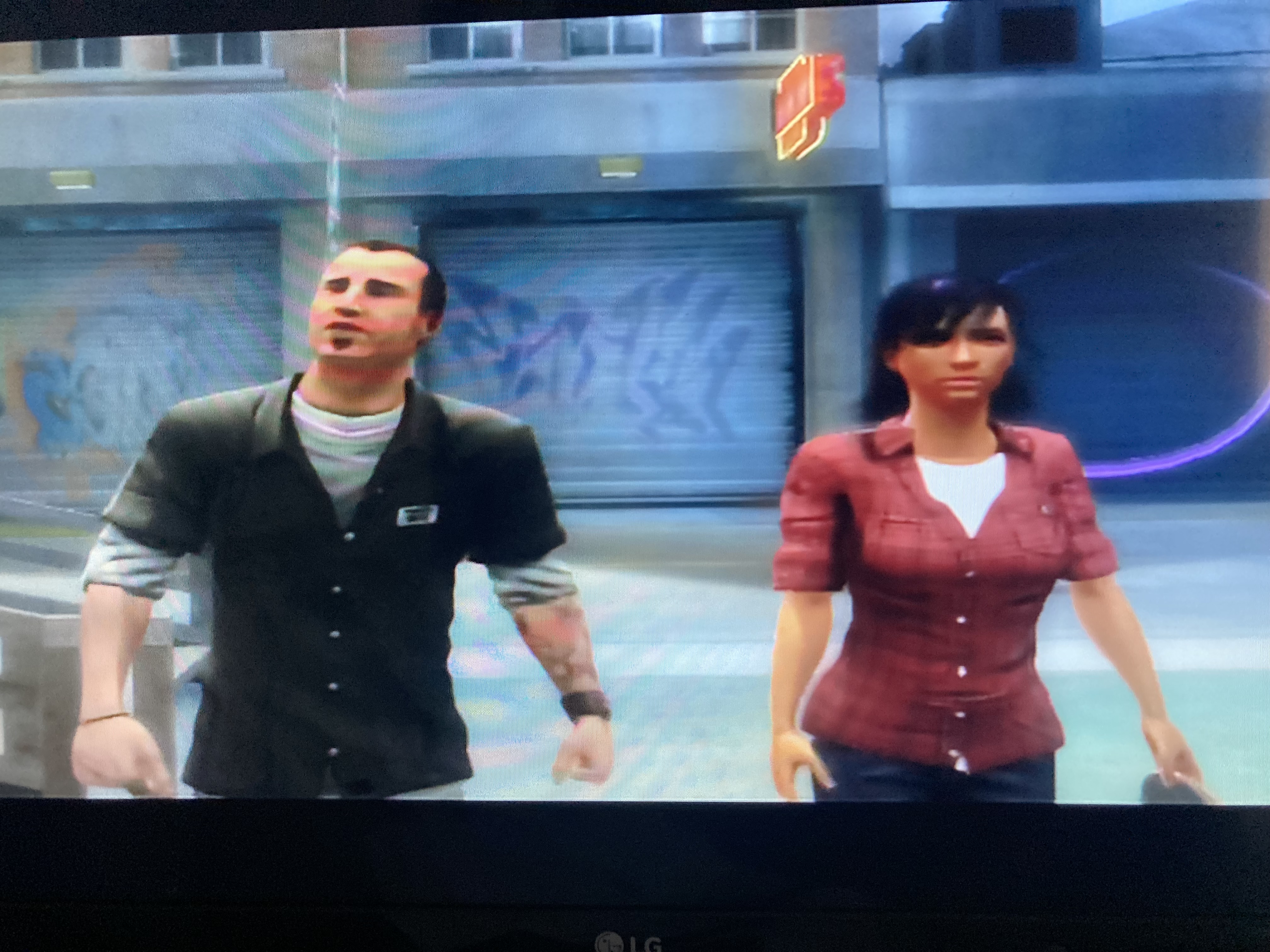 Throughout the game, your task is to destroy “The Ministry” propaganda likely from the Ministry of Truth in 1984. In the United Kingdom, the term ministry is used to refer to government agencies (like the Ministry of Justice or Ministry of Defense). “The Ministry” controls everything and demands compliance and their compliance causes the entire world to be a dull grey color. The color scheme may remind you of the comedy/fantasy movie Pleasantville (1998). The way you fight the blandness is by performing intriguing tricks, but you must also avoid certain obstacles (like barriers and lasers), which can cause you to dissolve into particles. For example, you may have to avoid a laser-beam from a helicopter.

Suggestive references are contained in the dialogue like “I am a sexy professional. You know you want it,” “So what do you think? You ready to work this baby? Take her out to dinner? Maybe a movie? Give her a good night kiss? Call her three days later,” “Hey, there you are. You built a pretty park. Impressive, but maybe you’re just lucky. Then again, if you’re as good as you seem, then maybe you’ll get lucky,” “It’s all about getting as high as you can, dude. Rock on,” “Foreplay is over. This is the real deal,” “Dude, you’re learning a lot about me. Now, this place here is just cr*pped up with Ministry,” and “And don’t tell her I was in her undie drawer.” There is a scene in particular where a character says, “I also drew a chick with a huge… [bleeped out].” Francisco Cristobal, an in-game character is visible catcalling a woman, saying, “Where have you been all my life? Come here. I said come here! What is wrong with you, baby? Don’t you see how s*xy I am?”

For a skateboarding game, in all honesty, the controls are heart-wrenching, if you want to feel like you can actually skateboard. Eventually, the storyline switches to the mission of breaking Shaun White out of prison.

Clearly, Shaun White Skateboarding is not the greatest skateboarding game of all-time, but it is also not the worst. The gameplay is too repetitive where the eye-catching graffiti may not redeem itself. Capitalization on the multiplayer mode would have made this game a slight improvement, but you may find yourself confused about the rules behind at least three modes. After the confusion, you may find yourself not landing the tricks, not completing tasks, then there is boredom.