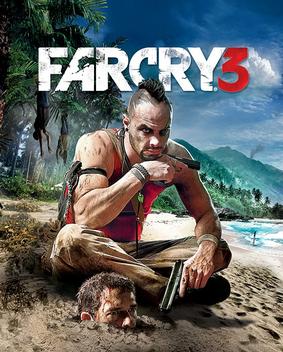 The open-world first-person shooter game, Far Cry 3 takes place on the fictional Rooks Islands (a tropical archipelago in the South Pacific). Throughout the gameplay of Far Cry 3, you play as the 25-year-old vacationing thrill-seeker, Jason Brody from Los Angeles, California. The game starts showing you brief clips from your lively past like Jason kicking the trunk of a palm tree until a coconut falls into his palms, to jumping off of a dramatic sea cliff, to pridefully shouting “I’m the king of the world,” to dancing in a bluish-green, neon-lit night club, and to parachuting.

The main story of Far Cry 3 is 15 1/2 hours long and if you intend to see all aspects of the game, it will take you approximately 37 hours to complete. You will be using a variety of weapons (like flamethrowers, machine guns, explosives, and melee attacks) to conquer human enemies and wildlife (like bears, boars, buffaloes, dogs, and more). Hunt animals and skin animals and obtain animal skins (like a goat and Bull Shark). If you decide you want to skin the animal in exchange for money, the choice is yours. To your advantage, you can use animal repellant, but the hunting syringe does not affect humans or aquatic animals (like sharks or crocodiles).

For stealth attacks, you can effectively sneak up on enemies by using a knife to stab them from behind, at close range. Just like every Far Cry game, the transportation physics engine is the same (where you can drive an armored Personnel Carrier, Scavenger, Technical, Darrah, Styrus, Buggy, Quad Bike and a durable Cargo Truck, as well as a Patrol Boat and high-speed Jet Ski), but you cannot fly in an airplane or helicopter. In the 28th mission, called ‘Fly South,’ you jump out of Willis Huntley’s plane with a wingsuit, but do not actually pilot the plane. Only your hang glider, parachute, and wingsuit (unlocked after completing ‘Fly South’) are usable in the game, if you want to fly.

What can make you, Jason, stoop to the level of intense violence? Your friends Grant Brody, your older brother, Riley Brody, his younger brother, Liza Snow, your girlfriend, Oliver Carswell, a rich and avid drug enthusiast, Daisy, Grant’s girlfriend, and Keith Ramsey, an investment banker) have been kidnapped by unhinged pirates on a lawless island. Fair enough, you don’t have to rely solely on primitive skills to rescue your companions, but you will hear realistic screams. Play Far Cry 3 long enough and you will see gruesome scenes like a villain cutting your left ring finger off, Riley getting beaten during an extended interrogation, and a traumatized Keith implying that he was raped. Characters will be stabbed in the neck, head, and chest; a man will be climbing through a mass grave of mutilated corpses; a restrained character will be slit in the throat. 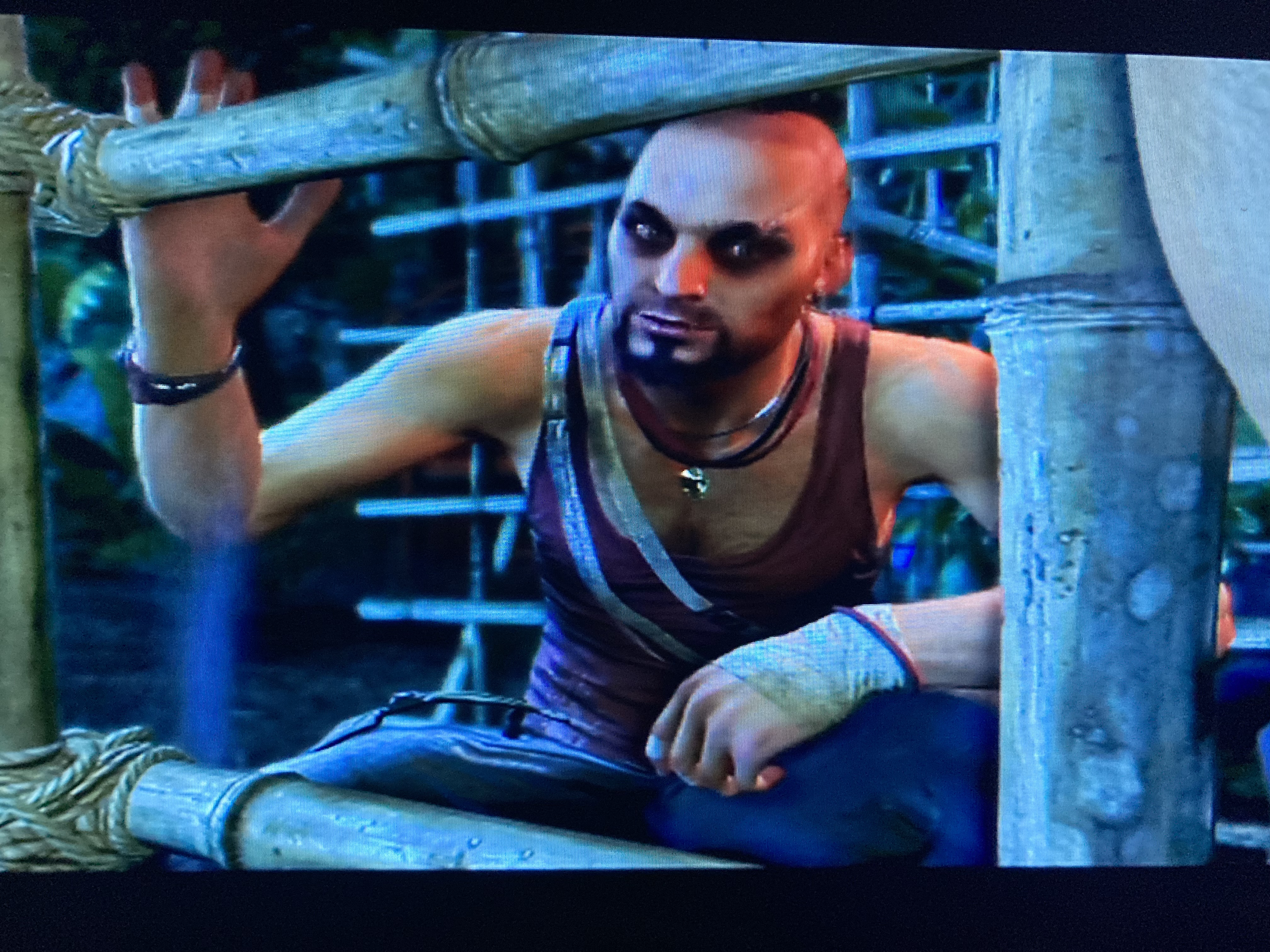 Strong Points: The audio is clear; the graphics are advanced
Weak Points: When Dennis is rejected by Citra, his jealousy is not shown to capture an emotional value for the storyline
Moral Warnings: Language like “f**k,” “sh*t,” “c*nt,” are in the dialogue; a scene of mutilated corpses; sexual activity; alcohol and drug use; intense violence and bloodshed; gruesome acts described and shown; nudity; sexual content at the end

When you find Grant’s girlfriend (on the second story bedroom) at Doctor Alec Earnhardt’s house, he informs you in a cutscene that she cut her arm on a poisonous plant. Thus, you have to travel to caves, west of his home, to acquire magic mushrooms, to be made as an antidote. When you head to a cave, you will hallucinate, where the cave will flip and you will walk up vines. Plants will sprout out of nowhere and more gas-emitting plants can be found there. Repeatedly, the house that you are traveling to moves further away from you when you get closer. Why would you want to experience such a psychedelic experience, when you are trying to protect yourself and your loved ones, where the entire squad is officially off the island? Only if there was another option to save Daisy’s life that did not involve psychedelic drugs.

Moments before a repulsive scene, Citra blows a glowing dust onto Jason, causing him to fall unconscious, then he is fire walking while Rakyat warriors on the left and right side, parallel to each other kneel. While fire walking (walking barefoot over a layer of hot embers or stones), there is a jump scare, but worry not, because the entire time, you are holding a knife that was retrieved for Buck Hughes (an Australian ex-soldier and professional hitman, who worked for Hoyt Volker). Are you less concerned knowing that Citra loves you for the warrior that you have become and that you killed Buck by stabbing him in the chest?

One of the Rakyat warriors attempts uses a jump scare tactic and temporary fire attracts to your wrist. The illuminated sky has a gigantic transparent torso on the right and left side parallel to each other, with their arms crossed. Above the torsos seem to be red smiley faces, only for the visual imagery to vanish.

Far Cry 3 was nominated for multiple year-end accolades like Game of the Year and Best Shooter awards by several game publications. Unlike Far Cry 2, in Far Cry 3, there are terms of graphics advancement and diverse in-game side missions. Maybe you will want to look away from the sexual imagery, especially when Jason interacts with Citra, a scantily clad shaman princess. In that particular cutscene, it depicts unnecessary sexual activity between them, but what would make things lightyears better is if the act of sexual temptation was not in this game. 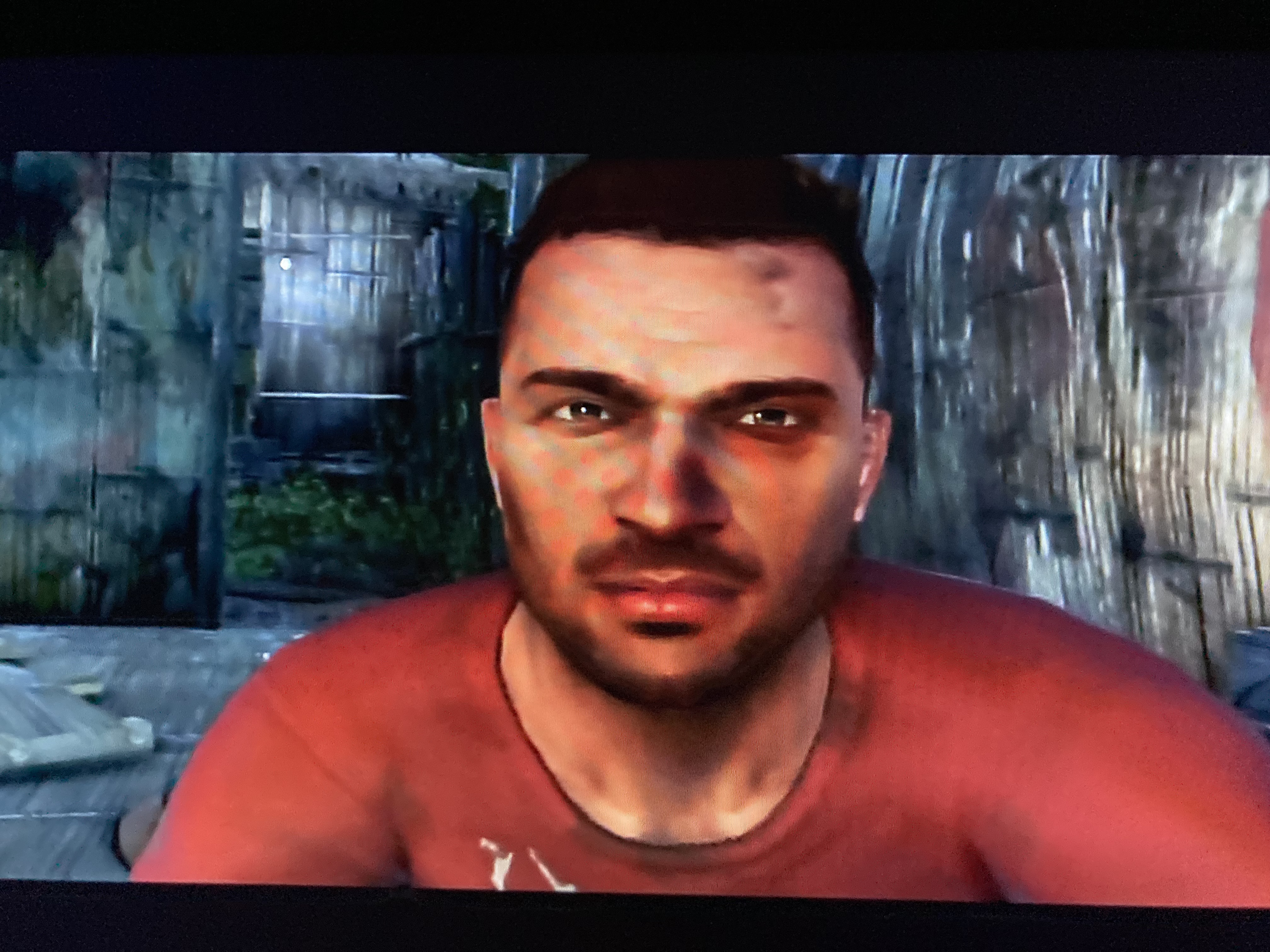 Basically, you are in a dilemma and if you choose to mate with Citra, she will backstab you. At this point, you are fairly aware of your older brother’s death, escaped Vaas’s camp on your way to Amanaki Village, rescued Liza from a burning building, drank an unknown substance that Citra gave you, hallucinated about seeing your friends sitting at a wooden, round table underwater, got shot by Vaas Montenegro (who is Citra’s brother), battled a gigantic smoke demon, and killing Hoyt and Vaas, so the best option of alleviating your stress would be to rescue your friends.

During the sex sequence, Citra is viewed from a first person perspective, having no genitals. A character named Dennis, quoted for saying to Jason, “I know who you are, Jason. You are a warrior. And the tatau will allow for you to reveal your true self” is mad that Citra rejected him, but she fancies Jason. Early in the storyline, Dennis will hand you cash for weapons, after saying on Amanaki Village, looking at the women, “I can have any one I choose. But my will is set on one woman.”

Try muting your television or computer if you were not trying to hear the moans from the sexual encounter; otherwise, like the rest of the masses, you will have to bear profanity and the reference to illegal drugs. In one particular scene, a man is smoking a marijuana joint.

Although Far Cry 3 is critically acclaimed as one of the best titles in the Far Cry series, it did receive backlash, where some gamers perceive the storyline as racist. Jason, an extroverted male of white complexion travels internationally as a getaway trip, then goes on a killing spree, to rescue his friends. In an interview at Eurogamer, Yohalem covered that the game takes place in the South Pacific and Jason is a white guy from Hollywood, “It's set on an island in the South Pacific, so immediately the thing that comes to mind is the white colonial trope, the Avatar trope. I started with that, and it's like, 'Here's what pop culture thinks about traveling to a new place,' and the funny thing is, that's an exaggeration of most games, they just don't expose it.”