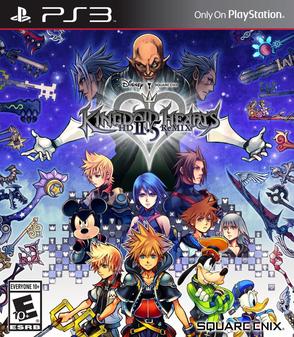 The Kingdom Hearts franchise features action-RPG gameplay. Unlike most JRPGs, Kingdom Hearts does not have a turn-based combat system. Rather, fights are in real time. Think of it like The Legend of Zelda, except with RPG elements (such as leveling up) and more linear worlds. This concept might be more common today, but was very rare when the series initially released. While the first HD collection featured two games with starkly different gameplay styles, the second collection features two game that are fairly similar in gameplay.

Kingdom Hearts II Final Mix is a sort of director’s cut of the original 2005 title. As with the other Final Mixes, this one was never released in North America prior to the HD remasters. I was a bit skeptical regarding whether it would be able to improve upon KH II to the same degree as the first game’s Final Mix did, but I was pleasantly surprised. The game is a bit more difficult, the textures on the characters are better, and the story is added to in interesting ways.

Before I get into the details regarding the improvements, I want to take a moment to give a brief review of the game as a whole. Honestly, I consider Kingdom Hearts II to be one of the greatest games ever made. Its story is fantastic, its gameplay is cinematic, and its soundtrack is beautiful. Kingdom Hearts II was, in my opinion, the best title on the PlayStation 2 and remains a classic to millions of people. Few games have had as big of an impact on my childhood as Kingdom Hearts II. While the overall game was easier than the first, its numerous enhancements to the original’s gameplay are worth the lack of difficulty.

That being said, the Final Mix version surprisingly fixes some of the key issues typically noted about the game. No, the 2-hour prologue isn’t shorter. However, the game is more difficult, and there is even an added difficulty called Critical Mode for those who want a greater challenge. Another notable improvement involves the storytelling. Quite a few new cinematics have been added to the original story, helping clarify parts that the original was more silent on. While the first game’s Final Mix did this too, there is a major difference between the two: voice acting. When the original game received a Final Mix, the voice actors’ voices had changed. Because of this, they could not dub the new lines without making it sound weird. However, in Kingdom Hearts II, the actors’ voices had already matured. Because of this, there were no conflicts adding new recordings to the English dub. 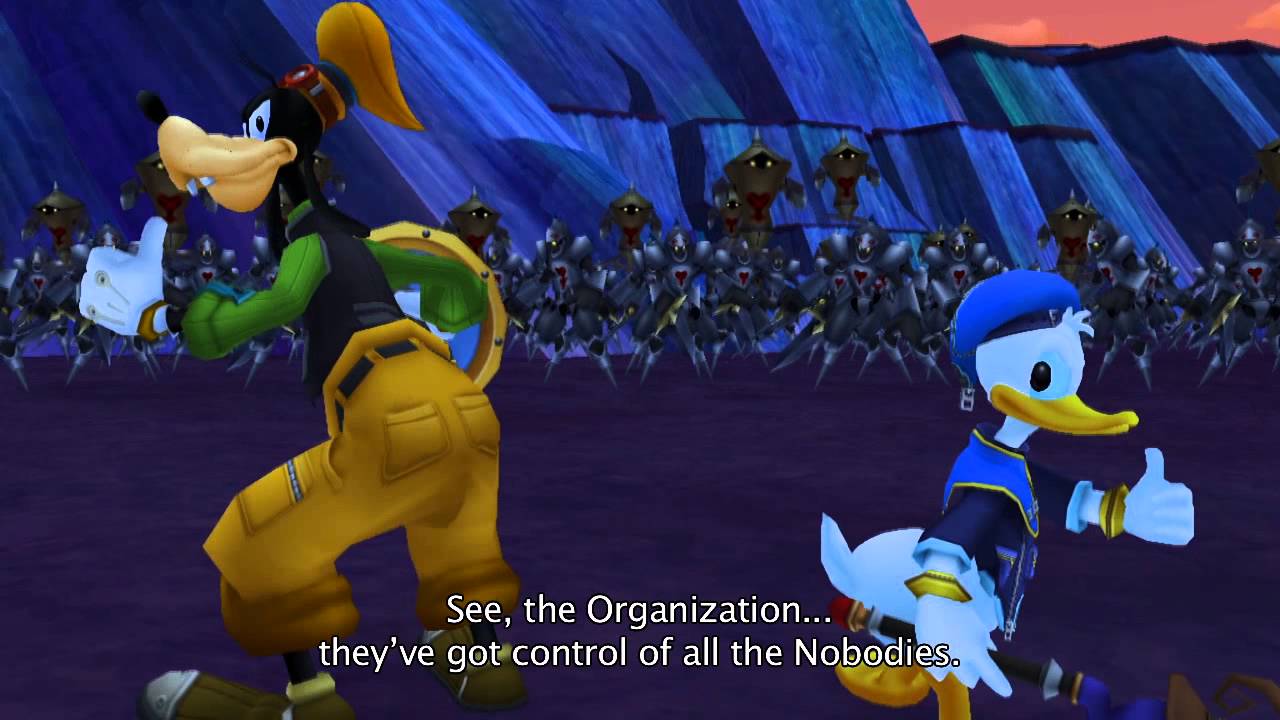 Other smaller improvements include a new Drive form (called “Limit form”), new weapons, abilities, boss fights, Heartless, mini games, and a new area of Hollow Bastion called the Cavern of Remembrance. Again, I was surprised at how much could be added to what is considered one of the PlayStation 2’s greatest classics. These would not be too surprising given the PlayStation 3’s hardware, but most, if not all, of these changes were made in Japan for the PlayStation 2.

The second game in the collection is Kingdom Hearts Birth by Sleep Final Mix. This game was originally released on the PlayStation Portable (PSP) and takes place before the events of the first Kingdom Hearts game. The story follows three Keyblade wielders: Terra, Aqua, and Ventus (often called “Ven”). Birth by Sleep was notable for introducing a new combat system that differed from the numbered titles, while still being more traditional than games such as Chain of Memories.

I never beat Birth by Sleep on the PSP, but played enough of it to verify that the core gameplay is essentially the same. Instead of having multiple menus for attacks, magic, and summons, you are given one customizable system that allows you to scroll through attacks and magic quickly. Like the other Final Mixes, this game adds new mini games, attacks, bonus features, and a new difficulty mode. The story is exactly the same, aside from an added secret ending.

Regarding the overall quality of the game, Birth by Sleep is one of the better spin-off titles. While Kingdom Hearts II is probably the only one that truly holds up well to this day, Birth by Sleep also does a good job staying fun despite its age. The story is quite interesting and the new characters are likable, especially Aqua who has become a fan favorite. The gameplay, while not as deep as the numbered titles, is very fun, even on the PlayStation 3. However, the level design is a bit bland for a console title. Birth by Sleep features easily the weakest-looking worlds, aside from titles that simply reuse worlds from other games. While they might have looked fine on the PSP, some of them look particularly boring on the PlayStation 3. It should also be mentioned that Birth by Sleep has occasional frame rate drops.

The final title in the collection is Kingdom Hearts Re:coded. The original Re:coded was released on the Nintendo DS and was one of the least necessary parts of the story. It takes place after KH II, but doesn’t add too much to the overall plot. Similar to Kingdom Hearts 358/2 Days on the first HD collection, Re:coded is a movie instead of a game. 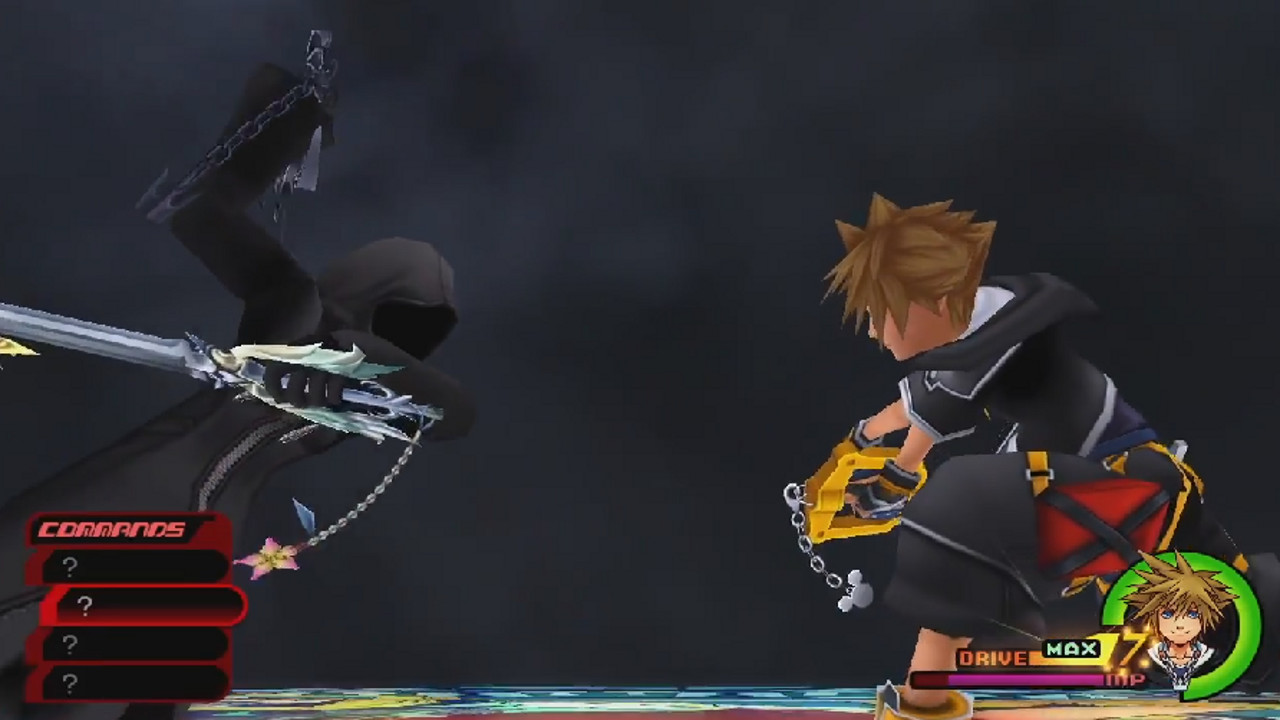 If you’ve read my review to the first collection, you would know that I was not too fond of the 358/2 Days film. I loved the original game, but was not a fan of how it translated into a movie. For the most part, it was because it was treated more as a collection of random cutscenes rather than a Kingdom Hearts movie. This is what makes the Re:coded movie interesting. While the story isn’t all that interesting, the film is much more coherent than the last one. There are a few times where some gaps in the plot are filled in through text (written in second person for some reason), but otherwise, the film works notably better. I would recommend watching the movie over playing the game, in order to understand the plot a bit better.

If you played the first HD collection, you would have a pretty good idea of what the presentation is like. The graphics have been notably buffed up from their original versions, mostly due to the Final Mix upgrades. The results are not perfect, but they hold up unusually well for sixth-generation game graphics. Regarding sound, Kingdom Hearts is known for having amazing music, and the titles in this collection help verify that. Voice acting is a bit inconsistent. Kingdom Hearts II has pretty great voice acting, but the other two titles are more hit-or-miss.

This collection is rated E10+ for fantasy violence, mild blood, and use of alcohol. Fans of the series will know that the mild blood and the use of alcohol come from the world based on Pirates of the Caribbean. The violence is pretty much the same as it is in the other games. However, there are a couple of moral concerns in Birth by Sleep. The first is the character design of Aqua. Her outfit exposes quite a bit of her back. In the original version, the game received a rating for “mild suggestive themes” because of the way she dresses. As to why this was not included in the rating for the collection, I am not sure. The other concern regards violence. A character loses an eye in a fight. However, it is only implied; not shown. Finally, it should be noted that the entirety of the series promotes the idea of "following your heart," which is a rather common moral for Disney movies. However, the Bible describes the heart as "deceitfully wicked." When letting kids play these games, it is important to make sure they understand this.

In almost every possible way, Kingdom Hearts HD 2.5 ReMIX is an improvement over the last collection. While the enhancements themselves are essentially the same, the games included are overall better. Kingdom Hearts II is, in my opinion, better than Kingdom Hearts; and Birth by Sleep is better than Re:Chain of Memories. While I consider 358/2 Days a better game than Re:coded, the movie does a better job of capturing the cinematic qualities of the series. Even if you have already experienced the games before, the collection provides plenty of reason to experience them again. Overall, this is a wonderful collection that should be experienced by every fan of the franchise.