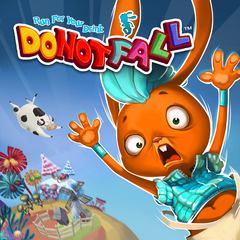 Thank you Reverb Games for sending us this game to review!

Do Not Fall is a 3D platformer/strategy game where you have to be quick to collect the keys that unlock the exit to the next level.  The game's title is very appropriate since most of the ground below your feet crumbles away as you stand on it.  Some tiles regenerate after a few seconds, but many do not.  To make matters worse, there are enemies that might get in your way and will even knock you off the world completely.  Fortunately, you have a couple of lives with the ability to add more throughout the level.  Even still, this game is very challenging.

It would be great to sit back to analyze the surroundings and enemy movement, but with a clock ticking and the ground crumbling away, you have no choice but to be quick on your feet.  Besides keys, you can collect nuts and bolts scattered throughout the levels.  The bolts are used to unlock additional beverages/worlds to which there are seven in total.  Each world has ten levels with an optional bonus one that is brutally hard.   The nuts you collect are used as currency to unlock new characters and abilities such as additional lives and power boosts. 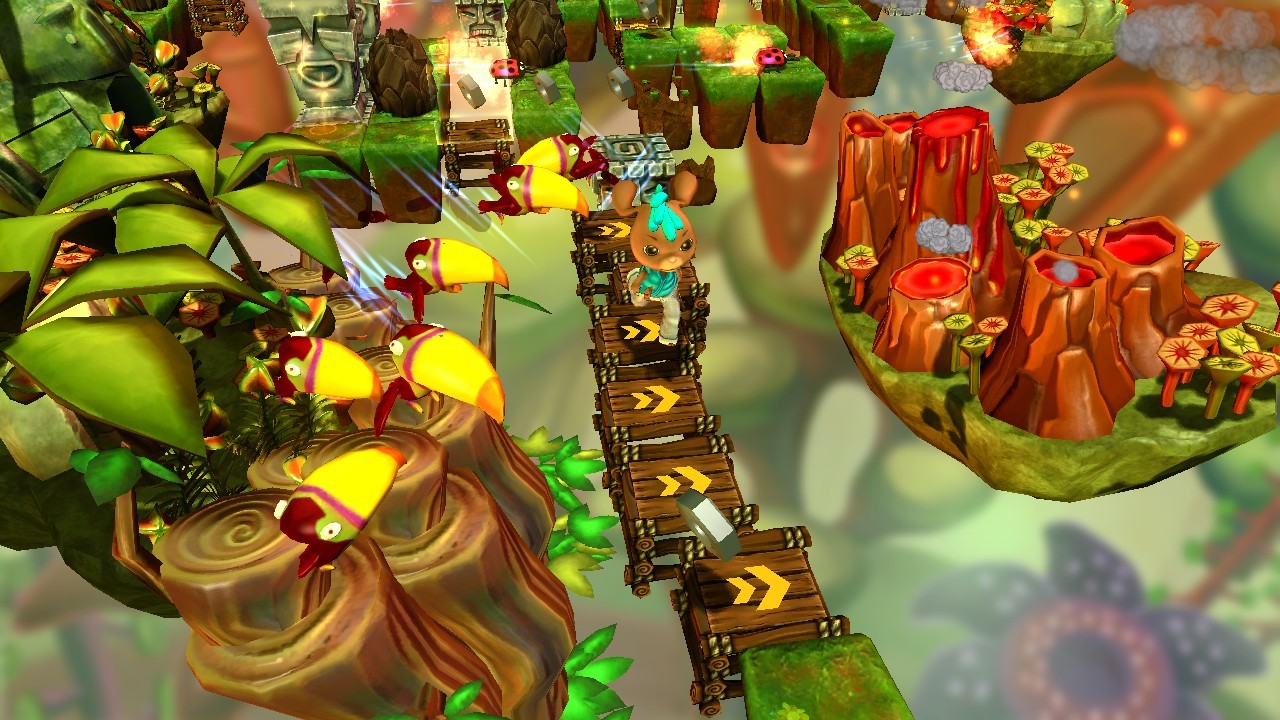 Strong Points: Fun and challenging game play; multiplayer modes are a treat
Weak Points: Not fond of having a defenseless character
Moral Warnings: Some toilet humor

Even though the main character is defenseless, he can jump and break away some objects using his boost ability.  Most enemies have an avoidable pattern, but there are some stinkers that are hard to dodge.  Each beverage world is themed and the enemies go along with it.  For example, the barn levels have charging bulls, jumping sheep, and pecking chickens, while the underwater level has swordfish that are just plain evil.

After a level is completed, you're graded by how fast you completed it and by how many nuts and bolts were collected. Each level has an optional challenge that will net you more points if you complete them.  If you do poorly, the levels are replayable, allowing you to collect items that have been missed previously.  After a few failed attempts, the game will give you the option to skip a level in exchange for some nuts.  Repeat offers become more and more expensive and you are limited to one pass per world.

Some of the single player levels are just plain frustrating and I did buy my way through a couple of the levels.  Thankfully, the multiplayer modes are not nearly as stressful.  Not only are they simpler, they're a blast to play with kids.  There are several multiplayer modes including Soccer, Crown Grabber (king of the hill), Occupy the Base, A Cold Wind Blows (last man standing), and Mark the Territory where the player with the most tiles in their color wins.  Up to four players can play at a time. 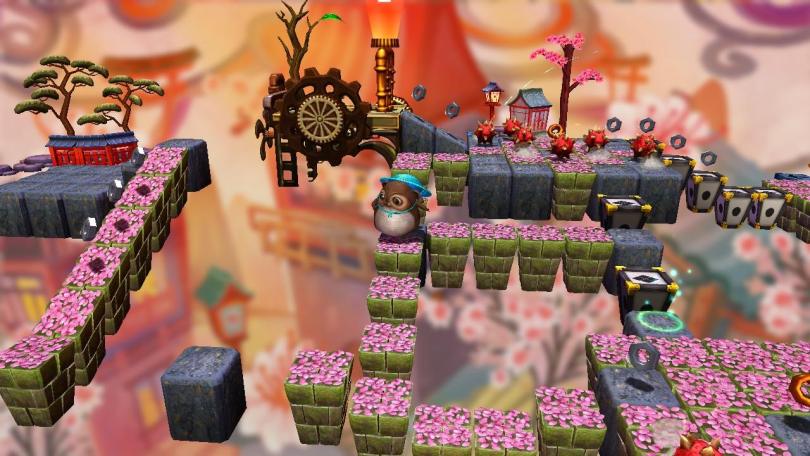 My kids and I enjoyed this game and they preferred the multiplayer over the single player levels.  Do Not Fall is rated E for everyone and has some toilet humor as the barn level has cows using the outhouse.  Even though your character can fall or get knocked off the map, the violence is similar to that found in cartoons.

The colorful levels and silly sounds drew my kids in.  I like how each world is themed and has new titles and effects to go with it.  For example, in the Japanese levels, the tiles are cherry blossoms that flutter away when stepped on.  The ride-able sea turtles in the ocean level are fun too.  My kids and I are just not fans of the tougher enemies and time limits.

Despite the challenges, this is a great pick up and play game.  Practice makes perfect and it's rewarding when you actually do complete a level or collect that last bolt to unlock the next world.  The $10 asking price is very reasonable and if you have kids or siblings, the multiplayer levels are a great way to spend family time.