Advantages and Disadvantages of .NET Development 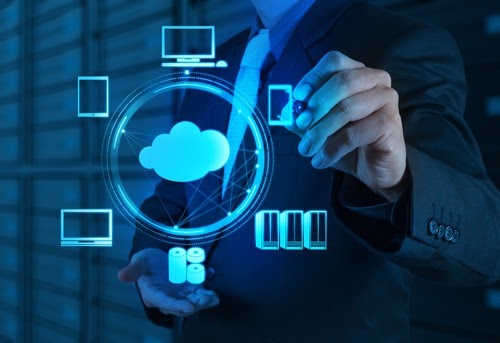 .NET is Microsoft's platform for building software. Today it is quite popular, as evidenced by the many vacancies for .NET developers.

According to the Programming Language Rankings, the C# language used to work with .NET is written by almost one in five. It is in third place in terms of popularity of use, and in 2021 its share even increased.

We asked our experienced .NET developers about what advantages, disadvantages and prospects they see in the platform.

Dataxdev - .net development company, knows better than anyone about the pros and cons of this platform, so it will definitely be able to make any solution as satisfying as possible for you.

The .NET platform has been around since 2002. The main goal pursued by its creators is the ability to create applications of various types (primarily web) that can be run on different devices. The basis of .NET is the CLR, that is, the Common Language Runtime, which allows you to abstract from a specific programming language and execute code uniformly on all platforms. Since 2016, the CLR has become cross-platform, and .NET begins to move in the direction of what we know the platform now - a convenient tool for developing various kinds of applications that, like Java, can run on both Windows and Unix-based systems.

We will talk about the modern version - .NET Core / .NET.

The first advantage of the platform is, of course, runtime, in particular, automatic garbage collection. The ability to not think about memory allocation in most problems allows you to focus on other aspects, for example, to better think about the overall design of the solution.

The next thing I would like to note is the well-implemented asynchronous code execution model - async / await. It allows developers to write performant non-blocking code, which has a positive effect on server throughput.

ASP.NET MVC, a web development framework for .NET, deserves special attention. On the one hand, out of the box, it provides a large amount of ready-made functionality such as authorization, filters, routing, DI, model binding, and much more, and on the other hand, it is modular enough that almost any part of the framework can be replaced for your implementation.

I also note the simplicity of deploying the solution in Azure or on IIS. If desired, deployment can be done directly from Visual Studio in two clicks and thus not waste time on deployment in the case of prototypes.

Not the lowest entry threshold for beginners. In .NET, you can't just create an index.html file, open it in a browser, and immediately see the finished result. Microsoft is consistently working to lower the platform entry threshold, but it is still high.

The presence of a large number of technologies and approaches for developing desktop applications. Now Windows Forms, WPF and MAUI exist in parallel. Without a preliminary analysis, it is difficult to say which of the frameworks could be better suited to the task. On the web, for example, starting with .NET Core, Web API and MVC have been unified into one framework, and now there are by and large no alternatives for the web.

Periodic death of technologies within the framework of the platform. Silverlight, XNA, project.json (new project file format for .NET Core), constant paradigm shifts in SDK for MS Office addons, dying WCF, uncertainty with Blazor/MVC are just some of the examples. In general, the process is natural, but for unprepared people it may raise questions.

We deliberately took out C# separately, because it is both an advantage and a disadvantage of the platform. In terms of benefits, we have a great compiler, a rich standard library, and good syntax. In addition, it is a universal language in which you can solve problems from any areas of programming.

Among the shortcomings, in my opinion, one can note too much richness of the syntax, which raises the entry threshold, especially in the latest versions of the language. The nominal type system periodically forces you to write more code than necessary (by the way, the creator of C # did make a structural type system in his next language after C # - TypeScript). But this is mostly nitpicking, because if you need to use a more functional approach, then you can always build in F#, and thanks to the CLI and CLR, these languages  \u200b\u200bcan be combined in one project.

As a result, today the .NET platform is a fairly competitive solution for modern web development, especially the server side. The speed of the runtime, the ease of development, and the balance between the complexity of the language and its capabilities make .NET a good choice for both small projects and large enterprise solutions.

You can get more info by following the link.

The King's Man
Watergate: The Corruption of American Politics and...